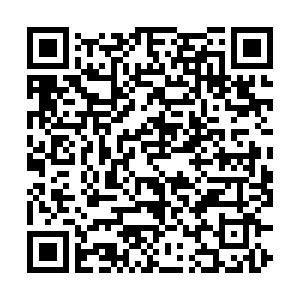 The relaunch will begin on Russia Day, a patriotic holiday celebrating the country's independence, at the same flagship location in Moscow's Pushkin Square, where McDonald's first opened in Russia in January 1990.

In the early 1990s, as the Soviet Union crumbled, McDonald's came to embody a thawing of Cold War tensions and was a vehicle for millions of Russians to sample American food and culture. The brand's exit is now a powerful symbol of how Russia and the West are again turning their backs on each other.

McDonald's last month said it was selling its restaurants in Russia to one of its local licensees, Alexander Govor. The deal marked one of the most high-profile business departures since Russia sent tens of thousands of troops into Ukraine on February 24.

McDonald's iconic 'Golden Arches' have been taken down at sites in Moscow and St Petersburg, where they will make way for a new logo comprising two fries and a hamburger patty against a green background. The reopening will initially cover 15 locations in Moscow and the surrounding region. 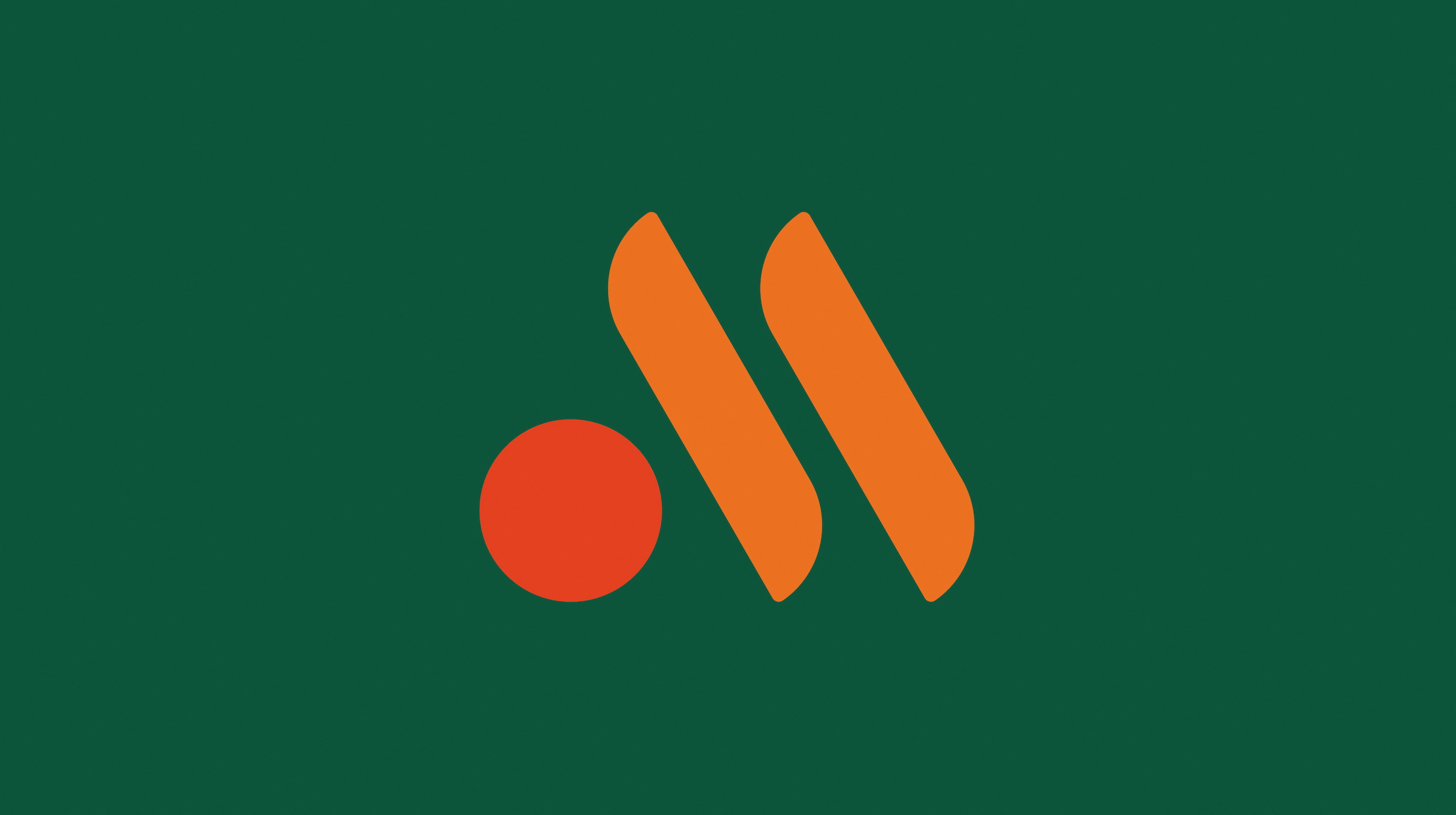 A hamburger and two potato fries feature on the logo of a new restaurant chain, following McDonald's Corp company's decision to sell its restaurants in Russia. /Reuters

A hamburger and two potato fries feature on the logo of a new restaurant chain, following McDonald's Corp company's decision to sell its restaurants in Russia. /Reuters

The new chain's name remains a closely guarded secret. A change in the name of the McDonald's app on Friday to 'My Burger' generated some online excitement, but the chain's press team said this was only temporary, the RBC daily reported.

The app's home page motto read: "Some things are changing, but stable work is here to stay."

Russian media, citing leaked images of the new menu, have reported renaming dishes such as the Filet-O-Fish to 'Fish Burger' and Chicken McNuggets to simply 'Nuggets.'

Govor has said he plans to expand the new brand to 1,000 locations across the country and reopen all the chain's restaurants within two months. But there may be some headwinds. 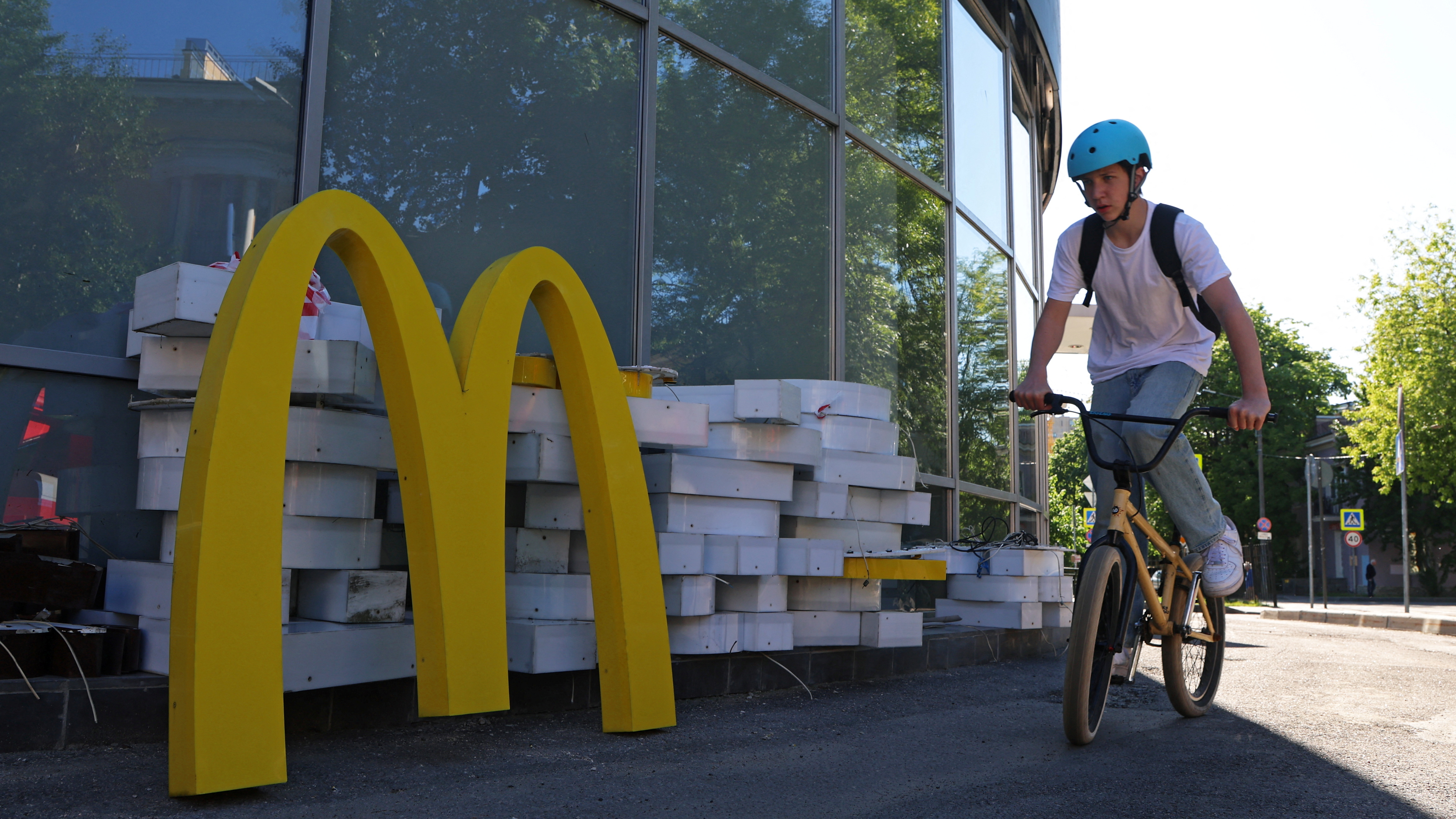 A teenager rides a bicycle past the dismantled McDonald's Golden Arches outside a restaurant in Saint Petersburg. /Reuters/Anton Vaganov

A teenager rides a bicycle past the dismantled McDonald's Golden Arches outside a restaurant in Saint Petersburg. /Reuters/Anton Vaganov

It takes decades to build a brand, said Peter Gabrielsson, Professor of International Marketing at Finland's University of Vaasa, and the new launch is crucial for the brand's future success.

"Opening day is important because it is the first time consumers can really feel and touch and see the brand and what it stands for," he said. "It's important what the reaction will be and obviously people will be comparing it to McDonald's."

McDonald's, the world's largest burger chain, had owned 84 percent of its nearly 850 restaurants across Russia and it took a $1.4 billion write-off following the sale to Govor, whose GiD LLC had previously run 25 restaurants.

Oleg Paroev of McDonald's Russia has said other franchisees would have the option of working under the new brand, but the traditional McDonald's brand will leave the country. McDonald's has said it will retain its trademarks.

McDonald's last year generated about 9 percent, or $2 billion, of its revenue from Russia and Ukraine. McDonald's has the right to buy its Russian restaurants back within 15 years, but many terms of the sale to Govor remain unclear.