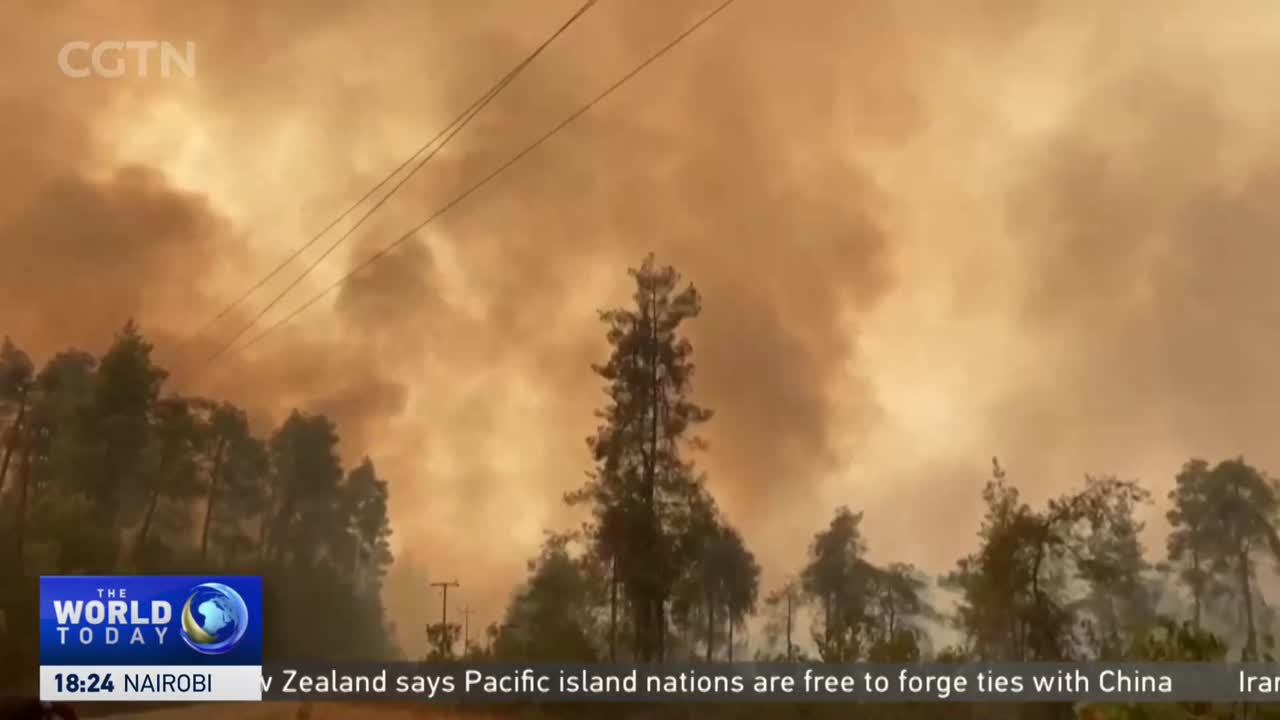 Greece is bracing itself for another fire season, desperately hoping to avoid a repeat of 2021 when it was hit by some of the most devastating blazes in the country's recent history.

Clean-ups, ground patrols and air surveillance are just a few measures the government has announced, but those in the first line of defense say there are simpler and cheaper methods to avoid what happened last year.

Overlooking the city of Athens is Hymettus, one of the last patches of forest in Attica.

For the past 22 years Giorgos Dimopoulos has been patrolling Hymettus day and night, making sure it stays safe.

He's team leader of first responder group VYRONAS, made up of former firefighters in the area of ​​Virona. Their job is to spot a fire, tackle it and when necessary call for back-up.

Dimopoulos says most of their work is done before a fire breaks out.

He told CGTN Europe: "Being prepared is very important. We usually clean paths by cutting trees that are already down, sometime in May before the fire season starts, when the weather is a bit better. We constantly patrol the woods and check if anything changed during the winter season and we make sure that all our fire lookouts have someone throughout the day."

With the summer season already underway, temperatures are climbing into the 30s, keeping volunteer groups and firefighters on their toes.

The Greek fire season officially starts in May and usually lasts until October. During that period forests are cleared of debris, roads and fire-breaks are made, while equipment is checked. Firefighters and volunteers try to extinguish a wildfire near Vari, south of Athens, on June 4. /Costas Baltas/Reuters

Firefighters and volunteers try to extinguish a wildfire near Vari, south of Athens, on June 4. /Costas Baltas/Reuters

After last year's devastating wildfires stretched the country's firefighting capability to the limit, Greece will receive more than 200 firefighters and technical equipment from the European Union.

But all this comes too late, says VYRONAS's Stavros Salagiannis.

"Starting (in) June, the forest should have already been cleaned and all the issues that we had from last year's fires and winter taken care off," Salagiannis told CGTN Euroipoe. "It's already the beginning of the summer and unfortunately we see haven't seen any changes, the cleaning up has not started or it's only starting now. As a result we already experienced a large wildfire, so imagine what will happen going forward."

Fire lookouts have played a crucial role for many years in the fight against wildfires, at minimal cost.

With weather patterns changing and fires becoming more powerful, the government has invested in heavy machinery, such as new planes and helicopters.

But experts stress that authorities should look beyond that and invest in something cheaper, namely prevention and preparation.

It is only the beginning of the summer, but the country has already experienced a large wildfire near its capital, catching authorities off guard. Volunteers are worried that without preparation from those in charge, and because of changes in weather patterns, last year's wildfires could be repeated.