Download
Battle for Sievierodonetsk: 'Where the fate of our Donbas is being decided'
CGTN 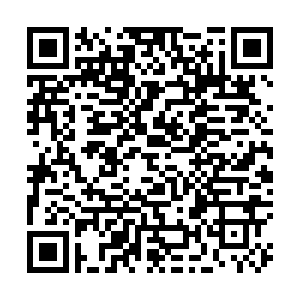 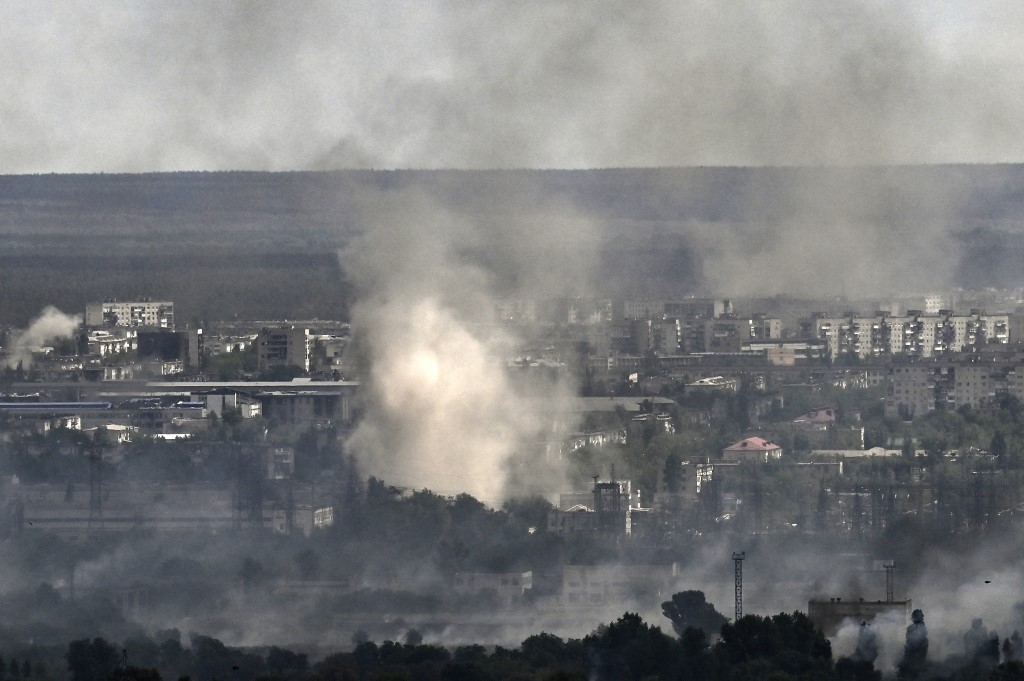 Ukraine's president says the outcome of the battle for Sievierodonetsk will "decide the fate" of the entire Donbas region. /Aris Messinis/AFP

Ukraine's president says the outcome of the battle for Sievierodonetsk will "decide the fate" of the entire Donbas region. /Aris Messinis/AFP

The battle for Sievierodonetsk, one of the fiercest fights of the Ukraine conflict yet, will "decide the fate" of the eastern Donbas region, according to Kyiv.

But on the ground, heavy artillery has forced Ukrainian troops to retreat to the suburbs, Russia has taken control of most of the strategic city – and local officials say there is little chance of evacuating thousands of civilians.

"We are defending our positions, inflicting heavy losses on the enemy. It is a very hard battle," President Volodymyr Zelenskyy said on Wednesday.

He added that an outright Russian victory there would be a key step towards the Moscow's goal of conquering the entire eastern Donbas area, the linchpin of Ukraine's industry and vital to Kyiv if it is to rebuild its economy post-conflict.

However, Kyiv could retake the city "in two or three days" if the West provides it with "long-range" artillery weapons, said Sergei Gaidai, governor of Luhansk, one of the two regions of Donbas. 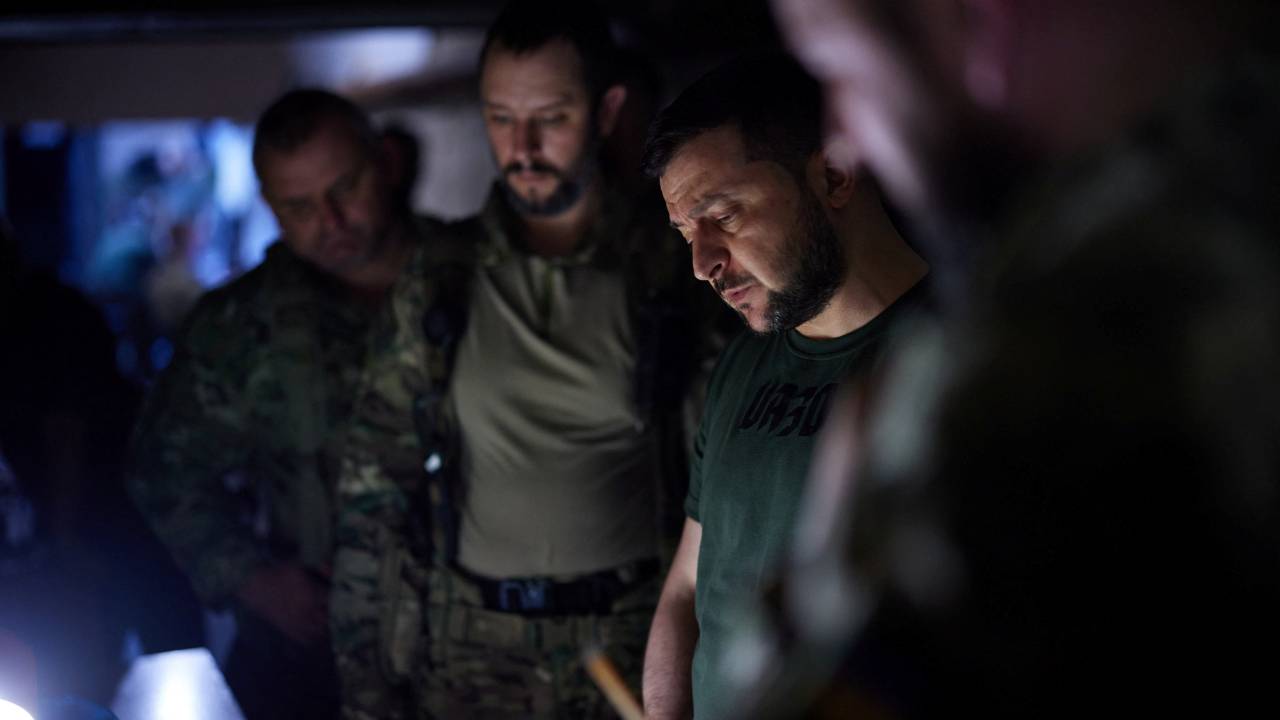 Washington and London have pledged to deliver multiple rocket launcher systems with a range of around 80 kilometers – slightly longer than Russia's systems – but it is not clear when the Ukrainians will be able to start using them.

In the meantime, Gaidai said Russian shelling was "constant" and street fighting continued in the few areas of the city still controlled by Kyiv forces.

The governor added that Russian forces were hitting their positions with heavy artillery, before sending in their troops to try to breach Ukrainian lines: "Our forces push them back, then the artillery fire starts again, and it goes on like that all the time." 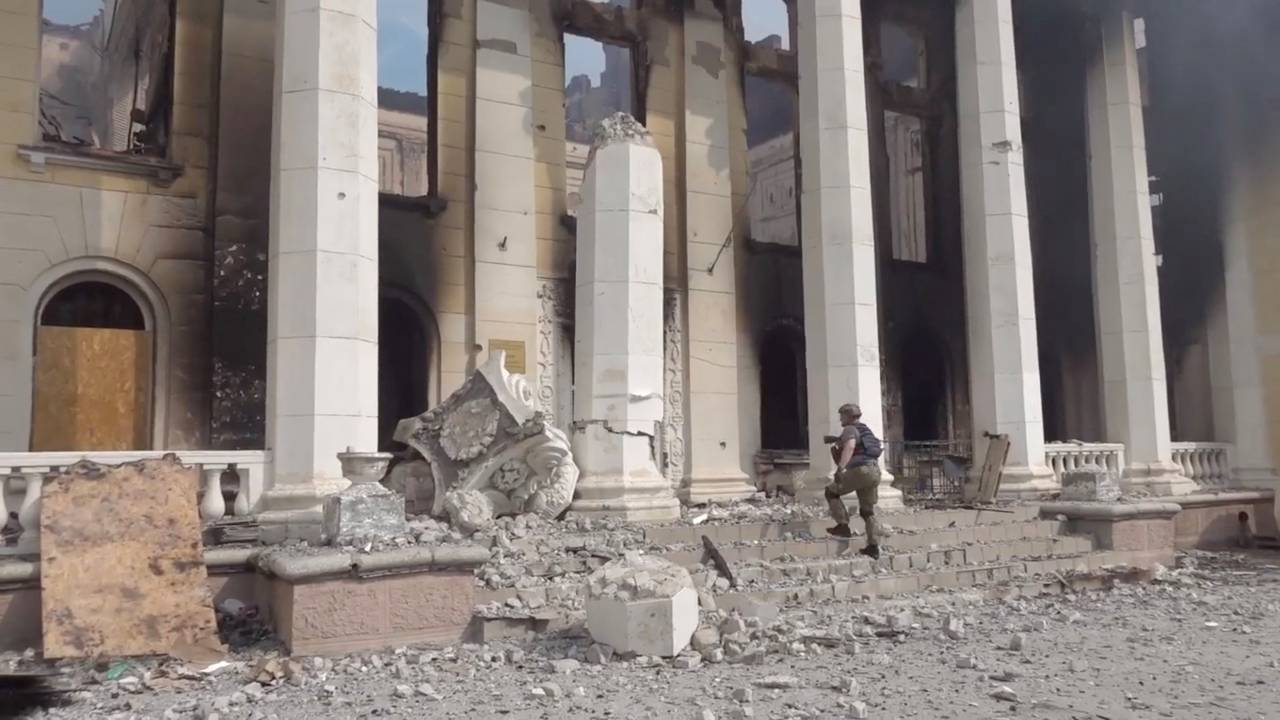 A police officer walks near a collapsed pillar at the heavily damaged building in Lysychansk. /National Police of Ukraine/Handout via Reuters

A police officer walks near a collapsed pillar at the heavily damaged building in Lysychansk. /National Police of Ukraine/Handout via Reuters

Last week, Sievierodonetsk appeared to be on the verge of falling to the Russian army, but Ukrainian troops launched a counter-attack and managed to cling on to the city despite being outnumbered.

However, Russian forces have continued to gain ground and fighting is taking a heavy toll on the civilian population, of which around 10,000 remain in the city.

While many civilians have evacuated Sievierodonetsk and neighboring Lysychansk, several thousand have remained in the area.

Some 800 civilians took refuge and are now trapped in Sievierodonetsk's Azot chemical plant, according to the lawyer of a Ukrainian tycoon whose company owns the facility.

Russia continues to deny that it is targeting civilians and says it is only attacking military targets. 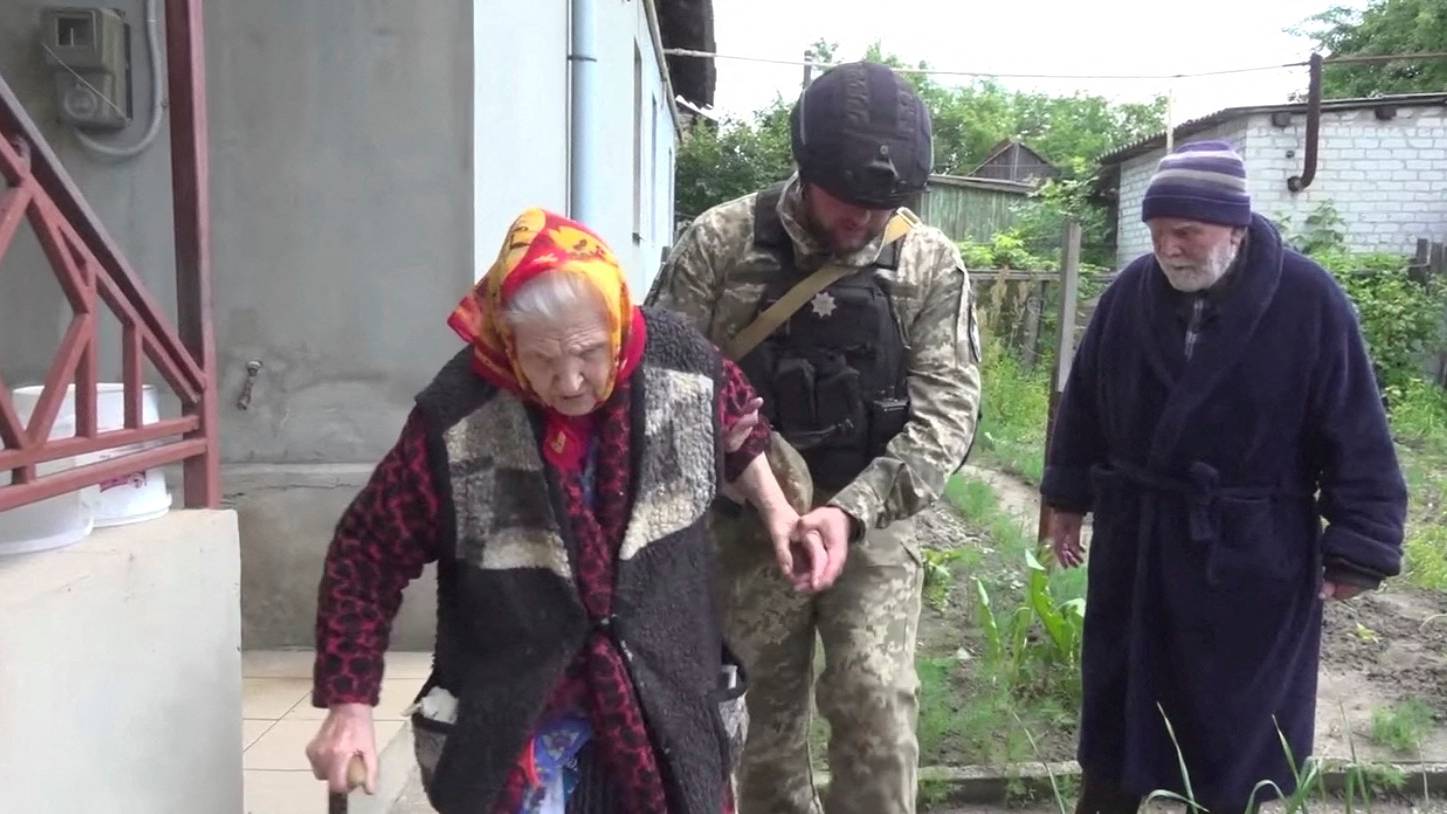 Just across the river, Lysychansk is still under Ukrainian control, but is also coming under heavy shelling, Governor Gaidai said.

Many of those still trapped in Sievierodonetsk's sister town are elderly, alongside their carers and those who cannot afford to move elsewhere.

"Every day there is shelling, every day something burns," said retiree Yuri Krassnikov, sitting among damaged buildings in his Lysychansk neighborhood as artillery rumbled on nearby.

"There's no one to help me," he lamented.

For now there is little sign of respite on the Donbas frontline, as the Ukrainian defense ministry announced on Thursday that up to 100 Ukrainian soldiers were being killed and 500 wounded every day, many of them around the two Luhansk cities.

"Sievierodonetsk remains the epicenter," said the president. "That is where the fate of our Donbas is being decided now."