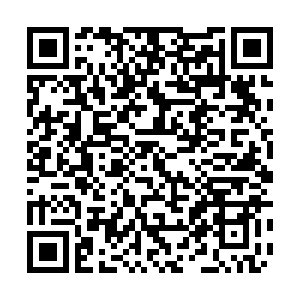 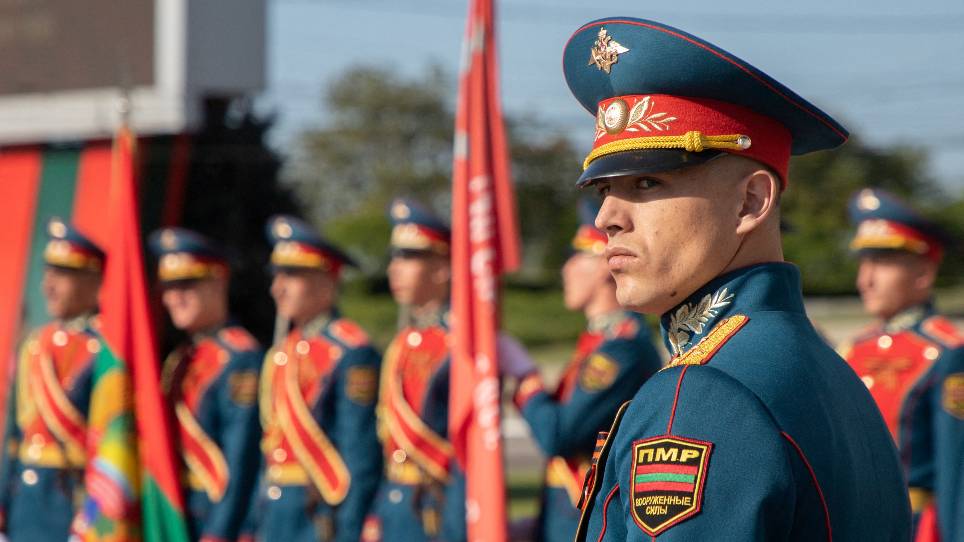 Moldova has been in a frozen conflict with Transnistria, where many ethnic Russians live.

At the end of April, Transnistria's military forces reported explosions, gunfire and drone activity. The blasts damaged two radio masts that broadcast in Russian, the forces said, adding that one of its military units had been attacked.

The separatists have blamed Ukraine, which denies any connection with the incidents. In turn, Kyiv alleged that the attacks were by Russia, an attempt to create a pretext for troops advancing to Transnistria, where Moscow already has 1,500 soldiers stationed, ostensibly as peacekeepers.

Since the war in Ukraine, Moldova has had a flurry of high-profile diplomatic visits, including from U.S. Secretary of State Antony Blinken and, more recently, United Nations Secretary-General Antonio Guterres, who warned that the region was under threat.

"Moldova is on the frontline of preservation, peace and stability in the world," Guterres said, "with war so close and with the divisions that are now. My hope is that there will be a clear sense of responsibility of all the actors."

Within Moldova itself, security concerns have prompted the former prime minister Yuri Leanca to call for unification with Romania in order to benefit from EU and Nato protection – a course of action which has long been debated, but which current president Maia Sandu said could only happen with the consent of the majority of the population. 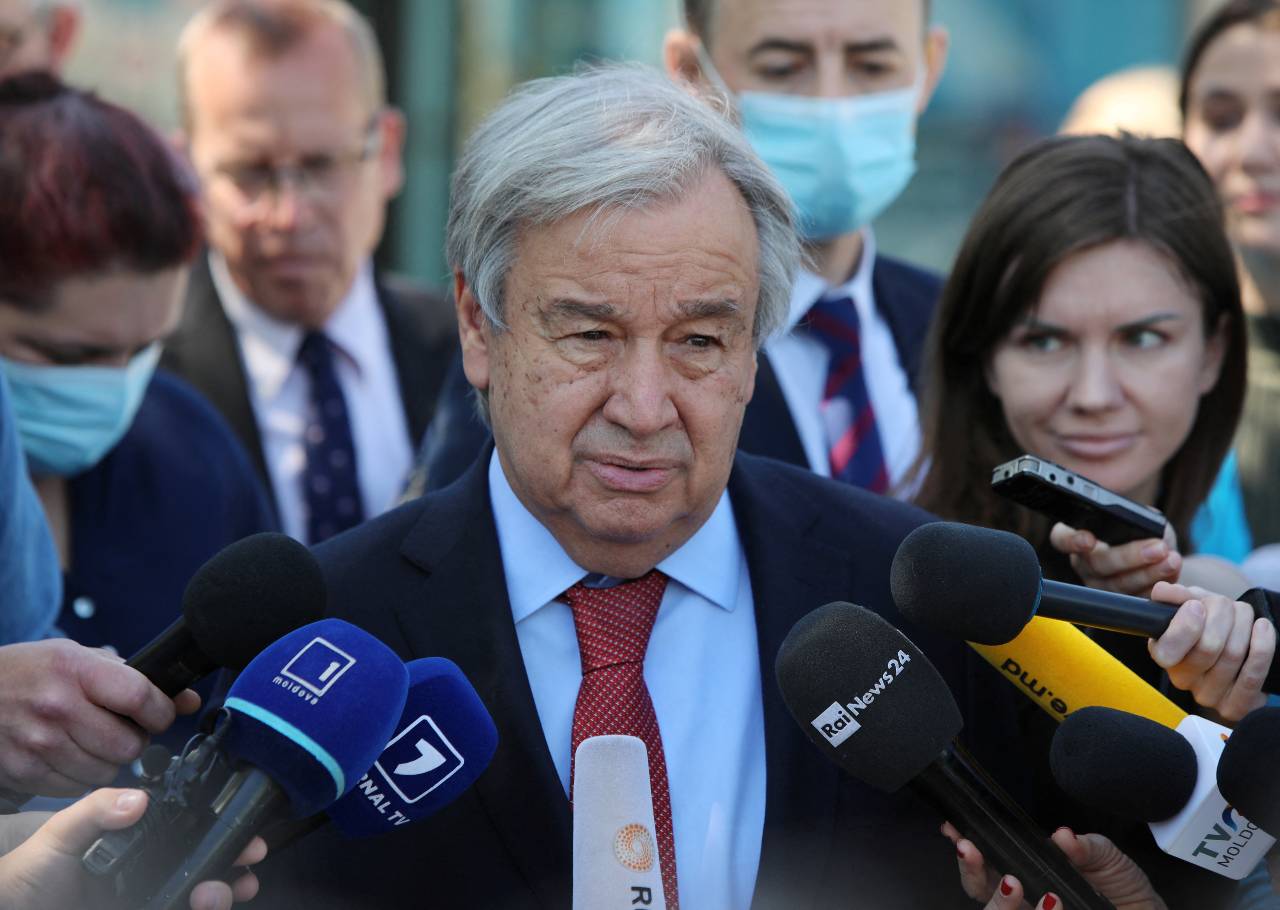 Foreign ministers from the G7 group of rich nations will discuss the threat to Moldova in an upcoming annual meeting.

Top diplomats from the UK, Canada, Germany, Italy, France, Japan, the U.S. and the EU are meeting at the Baltic Sea resort of Weissenhaus.

The Ukrainian and Moldovan foreign ministers are also attending, with the West's most industrialized nations set to reaffirm their support for the two countries.

The ministers will aim to reassure Moldova amid struggles with the refugee flow from its neighbor. According to the United Nations High Commissioner for Refugees an estimated 460,000 Ukrainians have crossed into Moldova.

Transnistria, a small breakaway region of Moldova, is sandwiched between Moldova and Ukraine along its southwestern border.

The mainly Russian-speaking region broke away from then-Soviet Moldova in 1990. After the breakup of the Soviet Union in 1991, pro-Russian separatists fought a bloody war with the Moldovan government forces.

What is Russia's interest?

Russia, which already had troops based there, helped mediate an end to the fighting, and the region became one of several "frozen conflicts" in the former Soviet region.

Transnistria is poor and relies heavily on Russian gas. It gets its name from the Dniester river, which divides it from the rest of Moldova.

It has its own currency and army, about 7,500 strong. Sheriff FC, from the region's main city Tiraspol, beat Real Madrid in the group stages of the football Champions League last year.

No countries recognize the independence of the territory, which lies to Ukraine's southwest and still uses the Soviet Communist hammer-and-sickle as a state emblem.

Why is the region in the spotlight?

Moscow retains 1,500 peacekeepers on the territory as well as 1,400 soldiers guarding a vast arms depot that has been there since the collapse of the Soviet Union.

The presence of Russian troops has raised fears that Moscow could use Transnistria as a launchpad for some kind of attack on Ukraine's west, while Kyiv strives to repel Moscow's new offensive in the east.

On April 23, a senior Russian military official said the second phase of what Moscow calls its "special military operation" included a plan to take full control of southern Ukraine and improve its access to Transnistria. 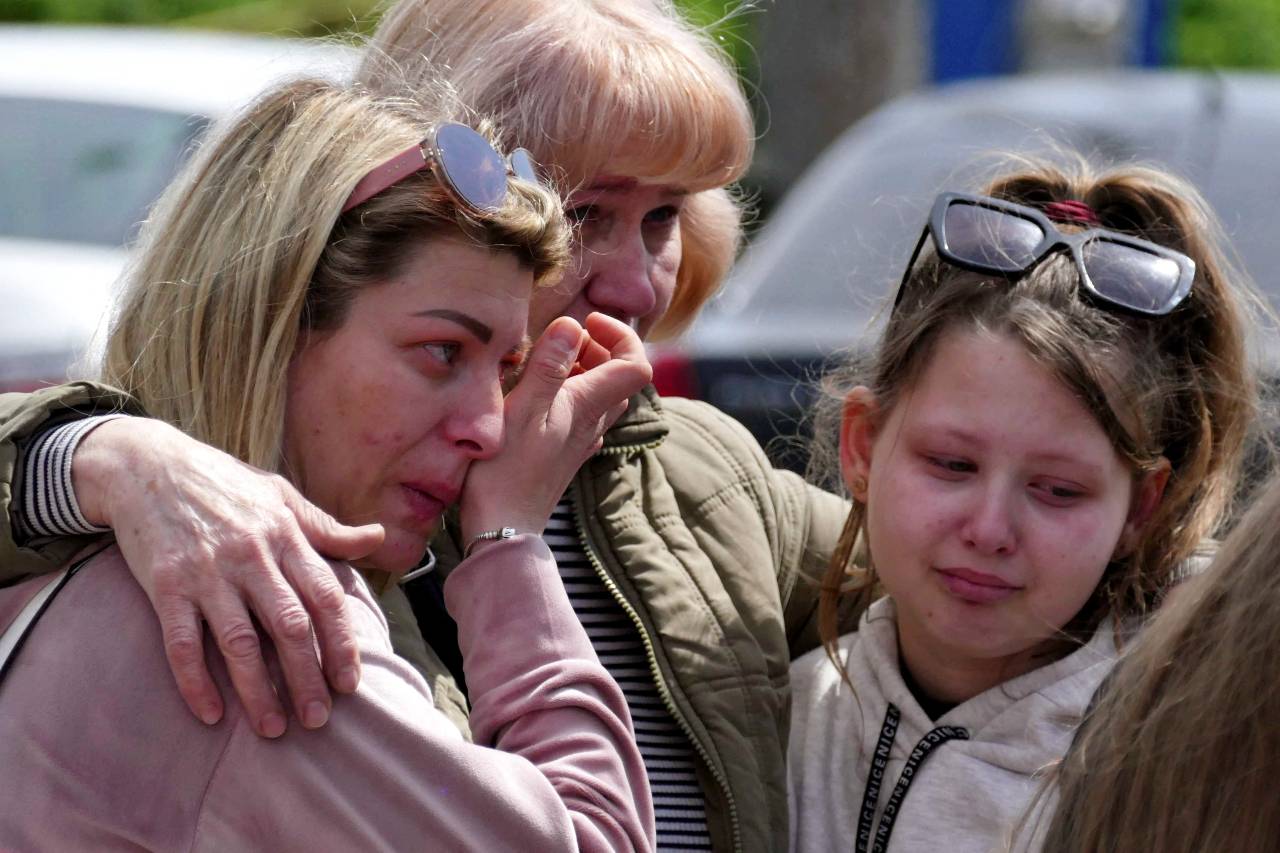 People embrace as refugees from southeastern Ukraine, who are preparing to travel to the Palanca checkpoint to cross into Moldova en route to Germany, gather in Odesa. /Igor Tkachenko/Reuters

People embrace as refugees from southeastern Ukraine, who are preparing to travel to the Palanca checkpoint to cross into Moldova en route to Germany, gather in Odesa. /Igor Tkachenko/Reuters

Russia has already taken control of swathes of Ukraine's south, but to get to Transnistria, it would have to pass through Mykolaiv and Odesa, major cities that remain firmly in Ukrainian hands.

Ukrainian officials have said Moscow could stage "false flag" attacks – designed to look like they were perpetrated by someone other than the person or group responsible for them – in the region as a pretext for Russian military action.

The Ukrainian foreign ministry expressed concern on Tuesday about the situation in Transnistria and condemned what it said were Russian attempts to drag the region into Russia's war against Ukraine.

Moldovan authorities are on edge and always sensitive to any sign of worsening security in Transnistria. On Tuesday, Moldova's president said the attacks were an attempt by pro-war factions to stoke tensions.

The Kremlin said it was seriously concerned by the news out of Transnistria, but Russia's foreign ministry said Moscow wanted to avoid a scenario in which it had to intervene in the region, the RIA news agency reported.