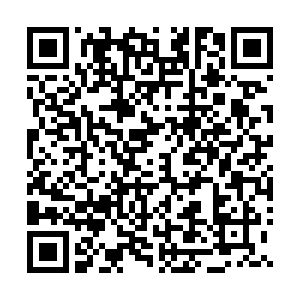 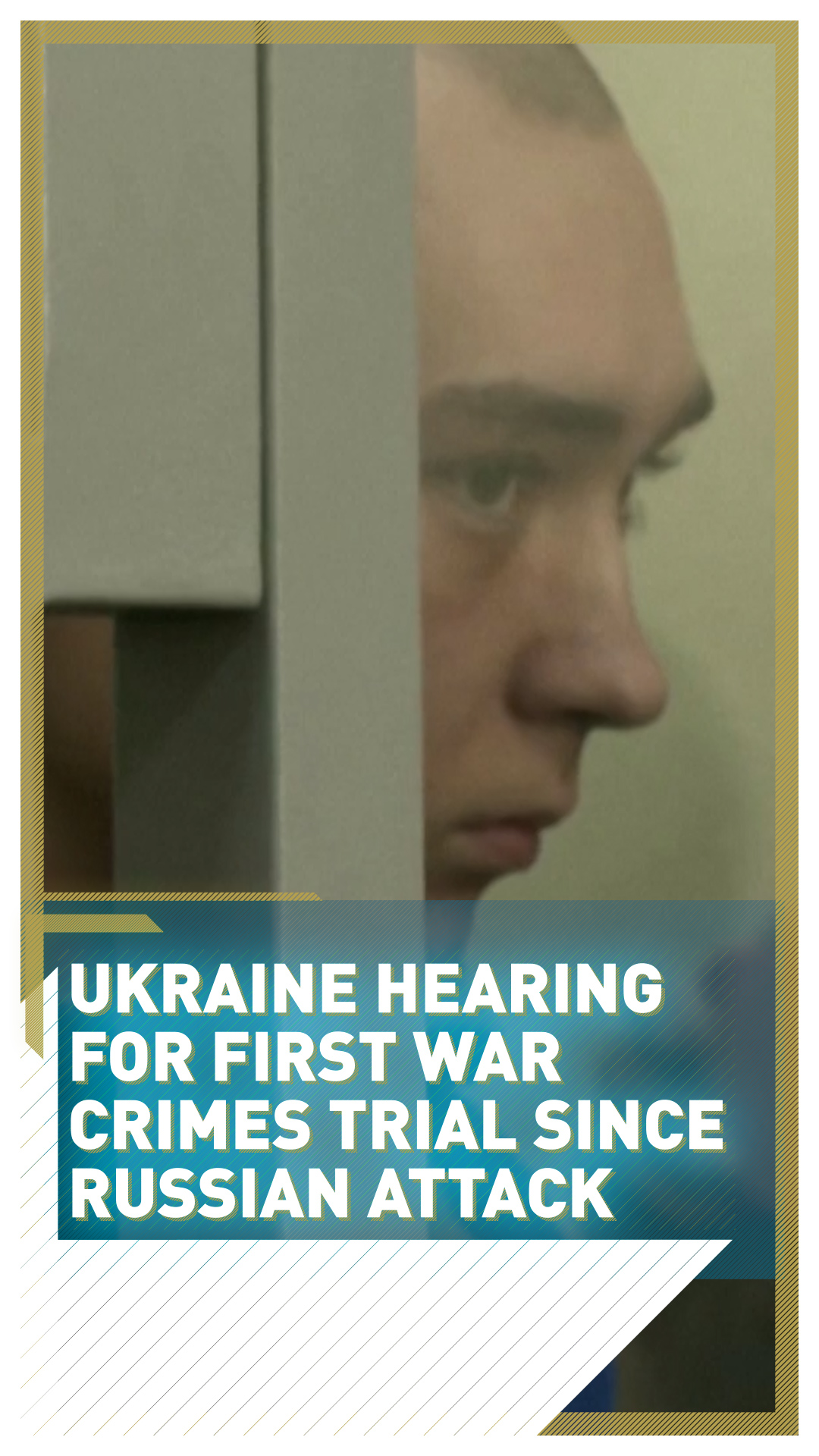 A Ukrainian court held a preliminary hearing on Friday in the first war crimes trial arising from Russia's February 24 invasion, after charging a captured Russian soldier with the murder of a 62-year-old civilian.

The case is of huge symbolic importance for Ukraine. The Kyiv government has accused Russia of atrocities and brutality against civilians during the invasion and said it has identified more than 10,000 possible war crimes.

Russia has denied targeting civilians or involvement in war crimes and accused Kyiv of staging them to smear its forces. The Kremlin told reporters on Friday that it had no information about a war crimes trial.

The defendant told the court he was Vadim Shishimarin, born in Russia's Irkutsk region and confirmed that he was a Russian serviceman in the short, preliminary hearing. The court will reconvene on May 18, the judge said.

The Kyiv district court's website said Shishimarin was accused of "violations of the laws and norms of war".

He will tell the court at a later date whether or not he denies the charge, his lawyer Viktor Ovsyannikov said.

Shaven-headed and looking scared, Shishimarin wore a casual blue and grey hoodie and was led into the courtroom by police to a glass booth for defendants.

The Ukrainian prosecutor general's office said the defendant was a 21-year-old tank commander in the Kantemirovskaya tank division from the Moscow region. The prosecutor general had published a photograph of him ahead of the hearing.

If convicted, he faces up to life imprisonment over the killing in the northeast Ukrainian village of Chupakhivka, east of the capital Kyiv, on February 28. 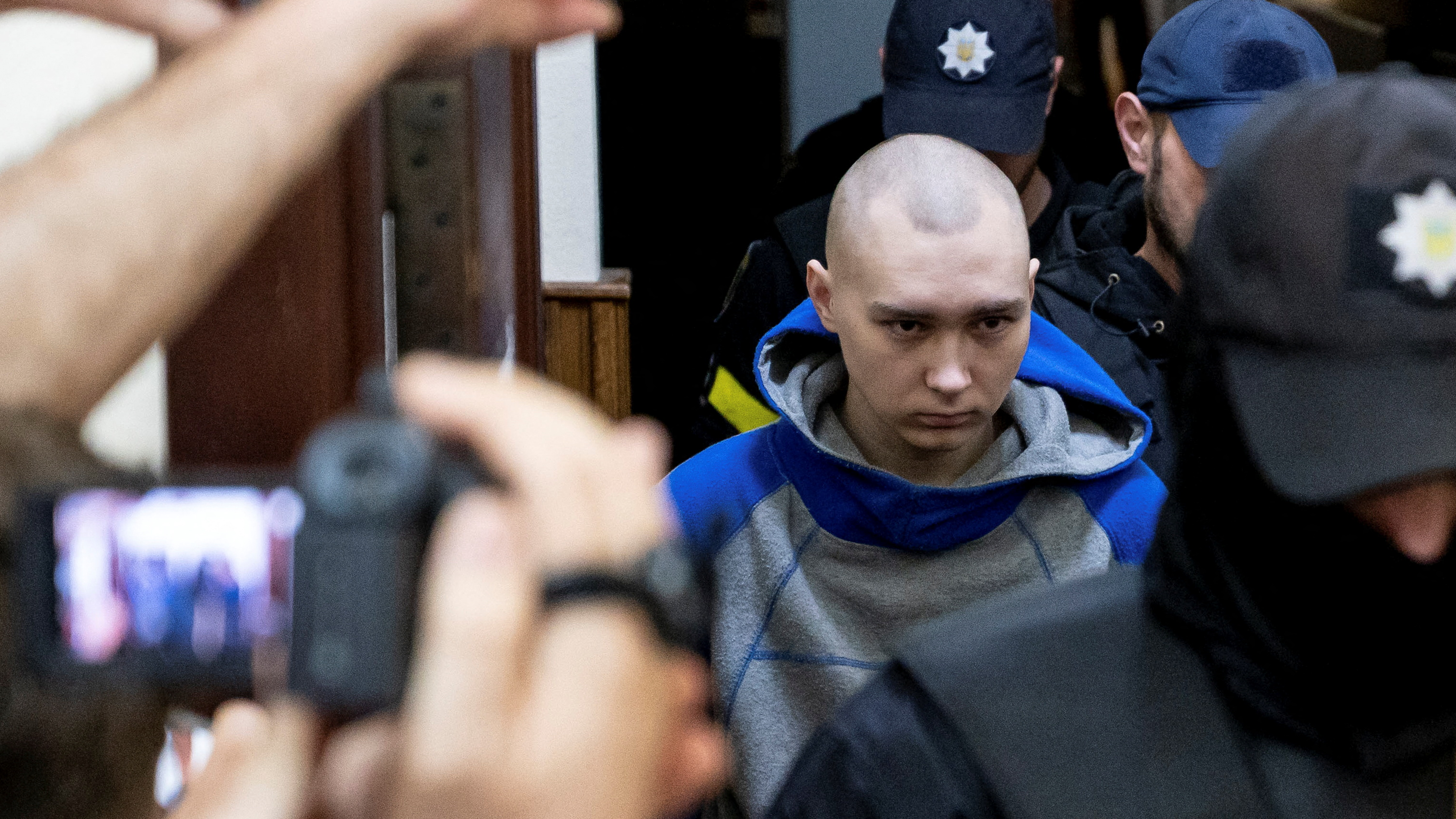 Russian soldier Vadim Shishimarin, 21, suspected of violations of the laws and norms of war, arrives for a court hearing in Kyiv on Friday. /Viacheslav Ratynskyi/Reuters

Russian soldier Vadim Shishimarin, 21, suspected of violations of the laws and norms of war, arrives for a court hearing in Kyiv on Friday. /Viacheslav Ratynskyi/Reuters

In a statement ahead of the hearing, the prosecutor general's office said the soldier had stolen a privately-owned car to escape with four other Russian servicemen after their column was targeted by Ukrainian forces.

The statement said the Russian soldiers drove into the village of Chupakhivka, where they saw an unarmed resident riding a bicycle and talking on his phone.

It said the defendant was ordered by another serviceman to kill the civilian to prevent him reporting on the Russians' presence and fired several shots through the open window of the car with an assault rifle at the head of the civilian, who died on the spot.

It did not say how the soldier was captured or elaborate on evidence that led to the war crimes charges. It did not say what its evidence was based on.

The SBU Security Service of Ukraine conducted the investigation into the case, it said.

In the courthouse, Shishimarin was questioned by a judge who addressed him in Ukrainian and in Russian. He had an interpreter with him. Reuters could not reach him or his legal representative for comment ahead of the hearing.

State prosecutor Andriy Synyuk told reporters after the hearing that: "This is the first case today. But soon there will be a lot of these cases."

Michelle Bachelet, the UN High Commissioner for Human Rights, said on Thursday there were many examples of possible war crimes since the Russian invasion and that 1,000 bodies had been recovered so far in the Kyiv region.

The International Criminal Court said on April 25 it would take part in a joint team with Ukrainian, Polish and Lithuanian prosecutors investigating war crimes allegations against Russian forces.

Russia calls its actions in Ukraine a "special operation" to disarm the country and protect it from fascists, denying its forces committed abuses. Kyiv and its Western backers say the fascism claim is a false pretext for an unprovoked war of aggression.