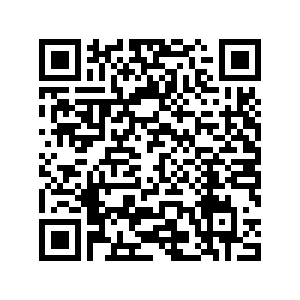 Finland and Sweden have signed bilateral security agreements with the UK, meaning the UK will defend both countries if attacked by Russia.

"We will stand together and support each other in any circumstances, in good and bad weather," Niinisto said.

It's widely seen as a step closer to NATO by both Scandinavian nations.

Finland's President is expected to announce on Thursday May 12 that he wants to end the country's decades of neutrality and join NATO.

Sweden may follow suit at the weekend. Russia has threatened to retaliate by bringing its forces closer to the region.

Finland's armed forces are closely aligned with NATO through its Partnership for Peace program. They've been holding joint exercises here for the past week, though well away from the Russian border. 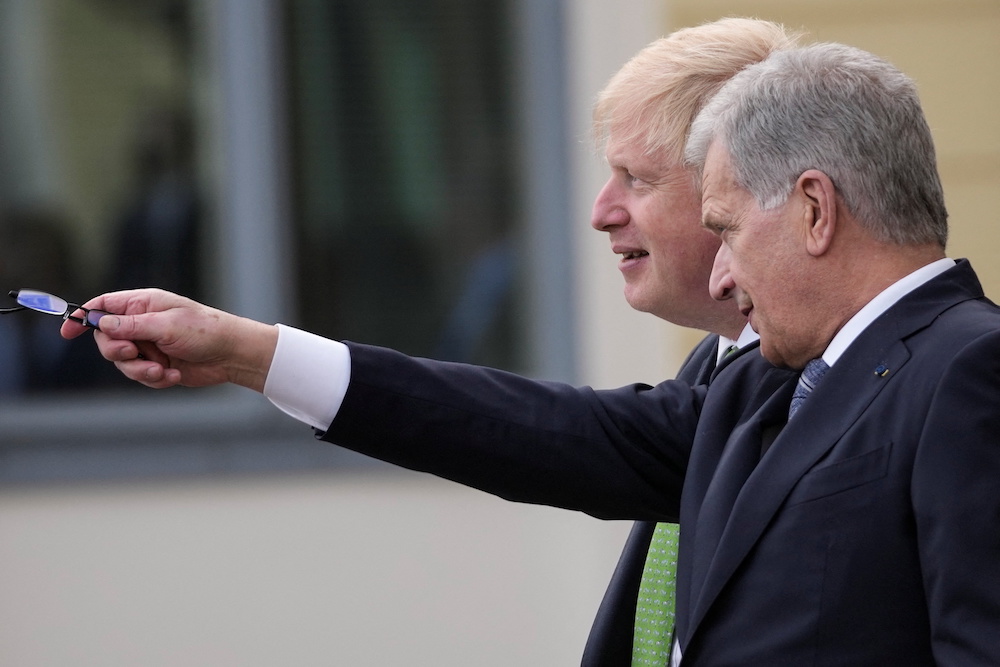 President Niinisto and PM Johnson after their meeting/Reuters/Pool

President Niinisto and PM Johnson after their meeting/Reuters/Pool

But they have never wanted to join the organisation until now.

The conflict in Ukraine has changed all that. The Finns no longer trust Moscow and want the protection NATO offers where, under Article 5,  an attack on one is considered an attack on all.

Finland's President Sauli Niinisto is expected to give his approval to end decades of neutrality, bringing major changes to the strategic balance of power in Europe.

At the beginning of the year, opinion polls showed just 28 percent of Finns thought the country should join NATO. A new poll this week shows a complete reversal, with 76 percent now approving joining NATO.

Finland's border stretches 13 hundred kilometers from the Baltic Sea to the arctic, and would double NATO's presence next to Russia: the opposite of what President Vladimir Putin wanted when he sent his troops into Ukraine. 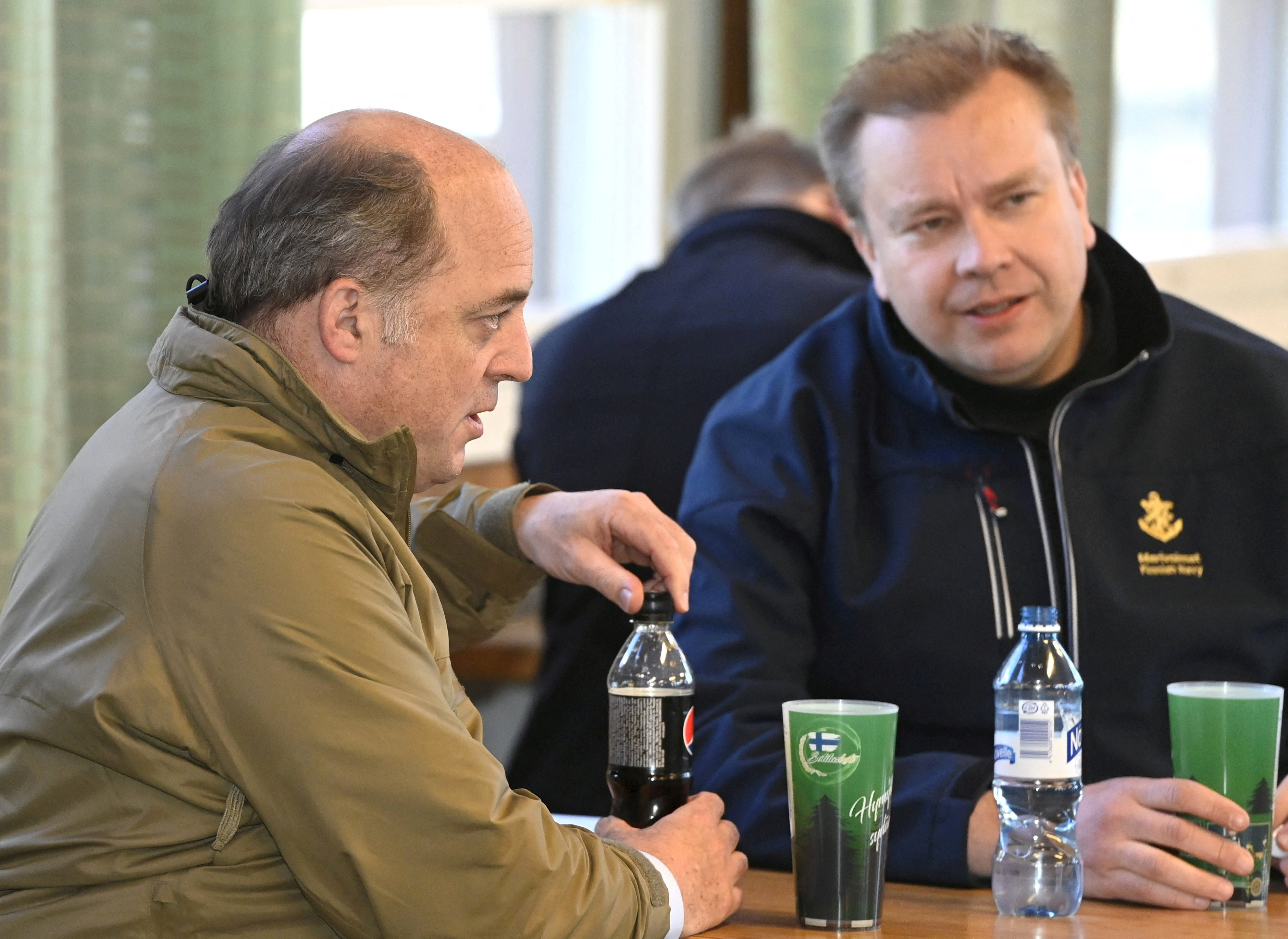 The busiest border crossing with Russia is at Nuijamaa. It is around 260km from Helsinki. Russia's second city and Putin's birthplace, St Petersburg, is closer, less than 200km from there.

Ilka Tuomikko, head of border control at the crossing said that between COVID-19 and now EU sanctions against Russia, there is very little traffic here any more.

“This was the biggest border crossing point, Finnish east border. There were about three million border crossings a year and now there are about 10 per cent of those numbers.” Tuomikko told CGTN.

Moscow has threatened to send additional forces closer to the region if the Finns join NATO but so far he has seen no sign of such changes.

“The situation at the Finnish east border is very stable at the moment. What we can see at the moment, there are coming Ukrainian citizens from Russia to Finland, applying here for temporary protection. They are leaving Ukraine, travelling through Russia and coming here to Finland," he said. 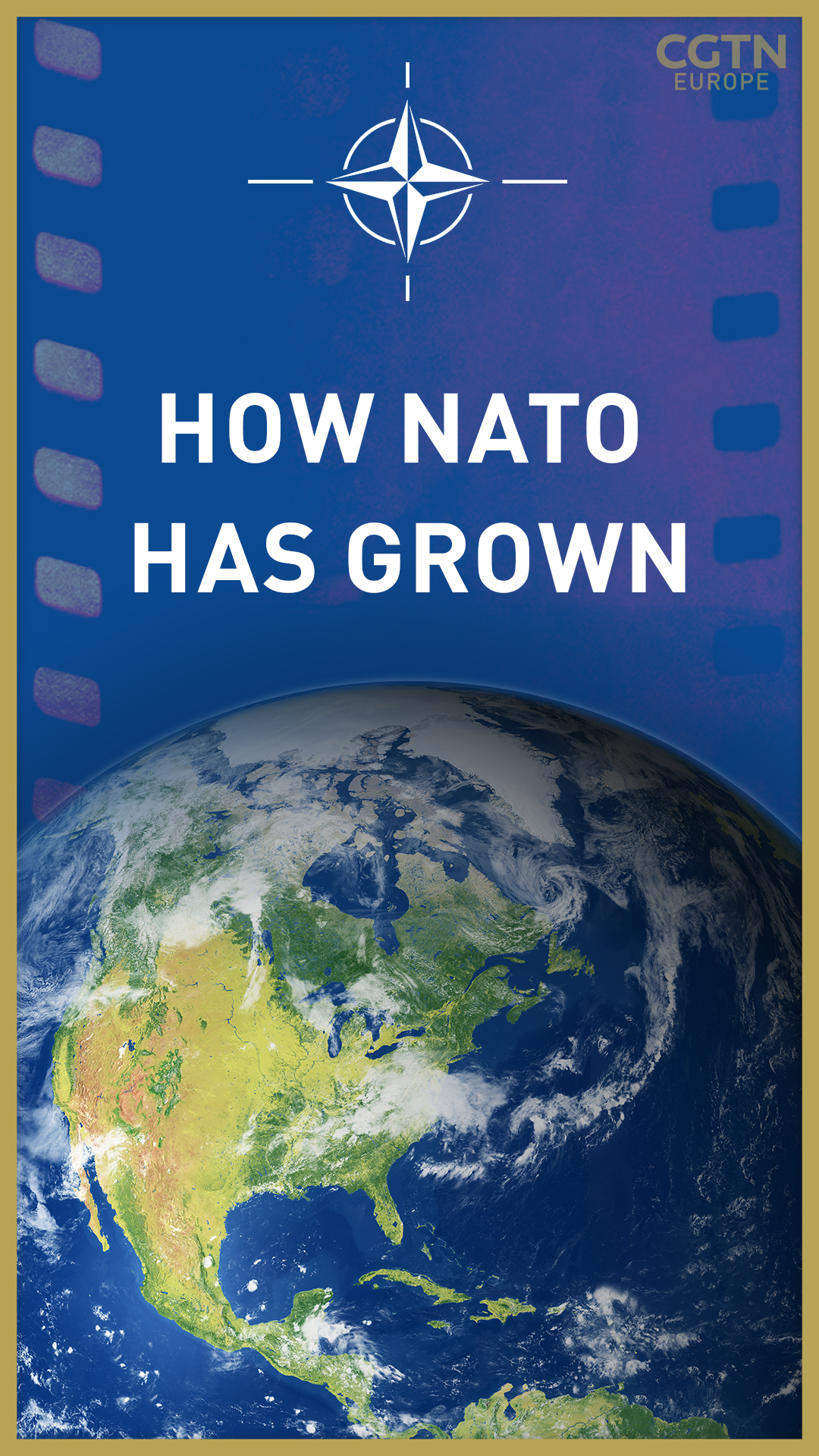 Laappeenranta is the nearest large town to the border which has long been a popular spot for visiting Russians.  Some are Russians married to Finns or owning property here.  Opinions here are divided about joining NATO.

"We don't mind about NATO," said Tatiana Nalivayko, who owns a holiday cottage just outside of the town.

"I think the Finnish people have to decide what is better for them.  It's their decision. I consider NATO a peaceful organisation.".

But Elena Konkinen disagreed. She married locally and now has Finnish citizenship:“I'm against it absolutely because I understand that we are too close to Russia, that's one reason. I also think we should keep our neutrality."

There could be an economic price to pay. Russia is threatening to cut off gas supplied to Finland.

It may also close the Saimaa industrial canal which connects industries around the central Finnish lakes to the Baltic sea through Russia.  It is a major export route for Finnish wood and paper products. Russia leases its section of the canal, but for how much longer?

Now this border region could soon become the next front line.