Download
What is Russia's T-90M tank, and why is Ukraine destroying one significant?
CGTN 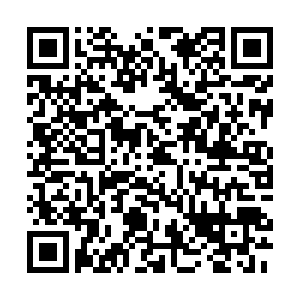 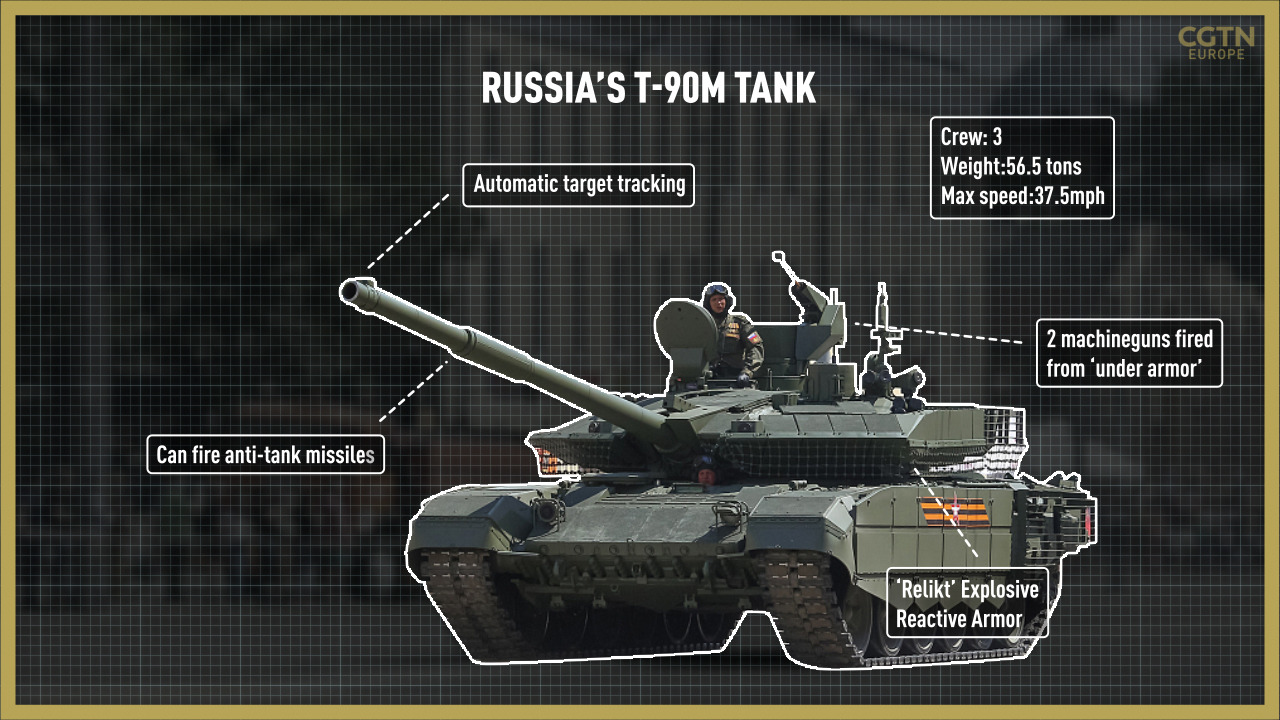 The UK defense ministry says the conflict in Ukraine is taking a heavy toll on some of Russia's most capable units and most advanced capabilities – including the country's most advanced tank, the T-90M.

A journalist in Ukrtaine posted a selfie in front of what he said was a destroyed T-90M on Facebook last week.

The Russian army is believed to have approximately 100 T-90M tanks in service among its best-equipped units, including those fighting in Ukraine – and the UK defense ministry says at least one has been destroyed during the Ukraine conflict.

But what's so special about the T-90M and why would it represent a triumph for Ukraine if it were to be taken out of action?

It has advances in both defense and attack, from upgraded armor to automatic target tracking, greater accuracy, the ability to fire missiles as well as shells and machine guns that can be fired by a soldier inside the tank.  It carries a crew of three – commander, gunner and driver – and its diesel engine delivers 1,000 hp, allowing for a top road speed of 60 km/h (37.5 mph), with a range of 550 kilometers (305 miles).

It also has a self-entrenchment blade, can be equipped with a mine plow, and can be fitted with a deep wading kit that will allow it to ford water up to five meters deep.

The T-90M is protected by Relikt explosive reactive armor, which defends it against tandem warheads and significantly reduces penetration of armor-piercing fin-stabilized discarding sabot rounds, currently one of the main ammunition weapons used against tanks.

It also has a countermeasure which triggers smoke grenade dischargers if the tank is targeted by a laser beam, thus reducing the likelihood of being struck by anti-tank semi-automatic guided weapons.

On the offensive side, the T-90M has an upgraded firing system. Via the panoramic thermal sight, the tank commander identifies a target; the gun locks on and the gunner completes the aiming and firing procedure while the commander seeks another target.

The gun itself has a longer range and it up to 20 percent more accurate than its predecessor. It can fire 125mm ammunition or anti-tank missiles with a range of up to five kilometers, and can also attack low-flying helicopters.

The T-90M also has a 7.62mm machine gun and a remote-controlled 12.7mm heavy machine gun, both of which are operated under armor.