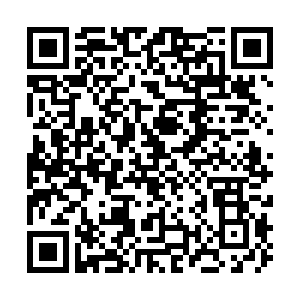 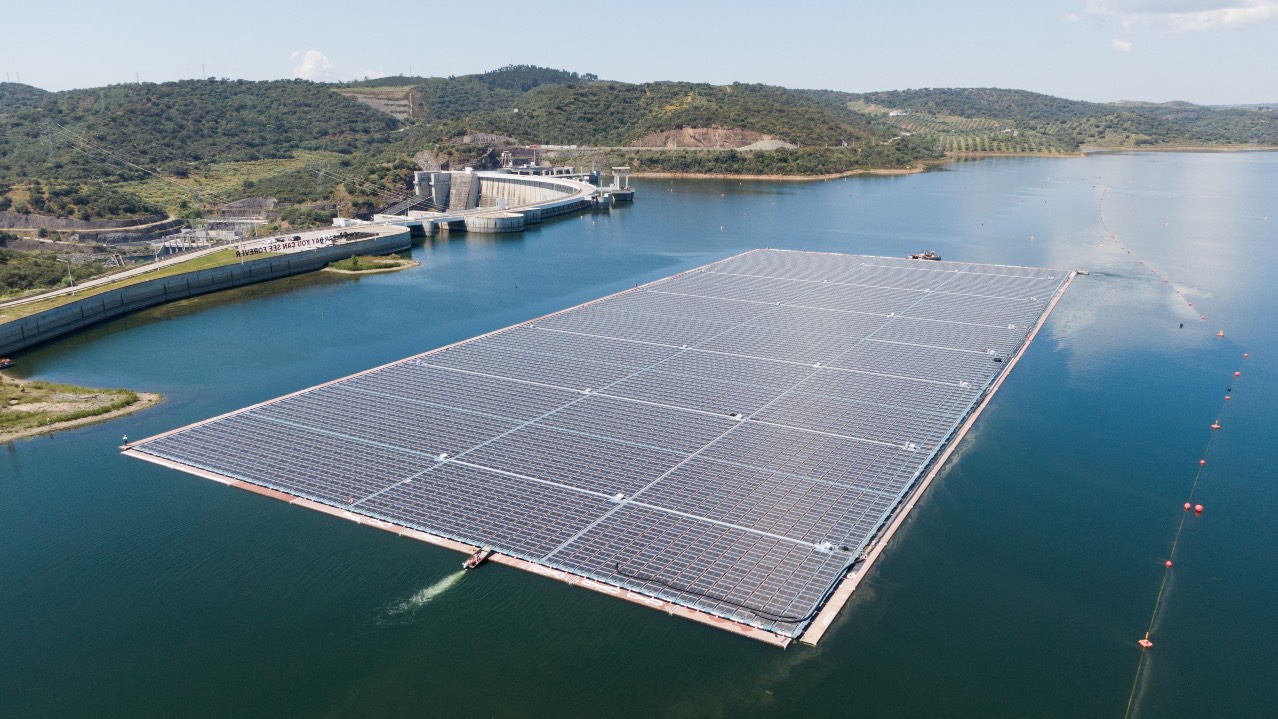 Preparations to create Europe's largest floating solar park have taken a huge step forward with the towing of 12,000 solar panels by two tugboats to a mooring on Portugal's Alqueva reservoir.

Built by the country's main utility company Energias de Portugal (EDP), the floating island on Western Europe's largest artificial lake is the size of four soccer pitches. Its construction is part of Portugal's plan to cut its reliance on imported fossil fuels, which have seen prices surge since the start of the conflict in Ukraine.

Blessed by long hours of sunshine and steady Atlantic winds, Portugal has natural advantages that allow it to accelerate the country's shift to renewables.

Even though the country uses almost no Russian hydrocarbons, its gas-fired power plants are feeling the squeeze of rising fuel prices.

The solar park is scheduled to open in July with an installed capacity of 5 megawatts (MW).

Miguel Patena, EDP group director in charge of the project, said: "The cost of electricity of these type of projects is less than one-third, or 25 percent, of the cost of the (fossil) fuel fired in power plants nowadays."

The panels on the Alqueva reservoir, which is used to generate hydropower, would produce 7.5 gigawatt/hours (GWh) of electricity a year, and would be complemented by lithium batteries that store 2 GWh.

The solar panels will supply 1,500 families, equivalent to a third of the power requirements of the nearby towns of Moura and Portel.

"This project is the biggest floating solar park in a hydro dam in Europe, it is a very good benchmark," Patena said.

Solar panels mounted on pontoons on lakes or at sea have been installed in a range of places from California to China, in the fight to cut carbon dioxide (CO2) emissions. 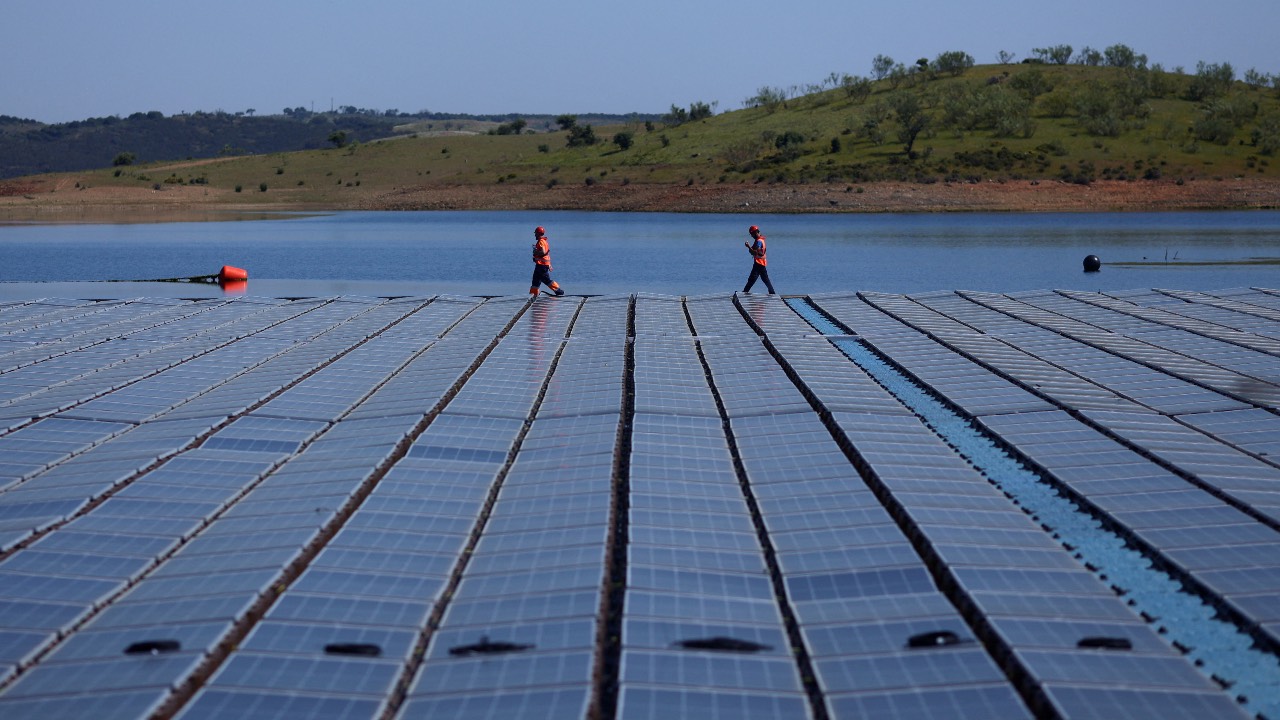 Excess power generated on sunny days can pump water into the lake to be stored for use on cloudy days or at night. /Pedro Nunes/Reuters

Excess power generated on sunny days can pump water into the lake to be stored for use on cloudy days or at night. /Pedro Nunes/Reuters

Floating panels do not require valuable real estate and those on reservoirs used for hydropower are particularly cost effective, as they can hook up to existing links to the power grid.

Excess power generated on sunny days can pump water into the lake to be stored for use on cloudy days or at night.

EDP executive board member Ana Paula Marques said the conflict in Ukraine showed the need to accelerate a shift to renewables.

She said the Alqueva project was part of EDP's strategy "to go 100 percent green by 2030", with hydropower and other renewables now accounting for 78 percent of EDP's 25.6 GW of installed capacity.

In 2017, EDP installed a pilot floating solar project with 840 panels on the Alto Rabagao dam, the first in Europe to test how hydro and solar power could complement each other.

EDP already has plans to expand the Alqueva. It secured the right to build a second floating farm with 70 MW installed capacity in April.