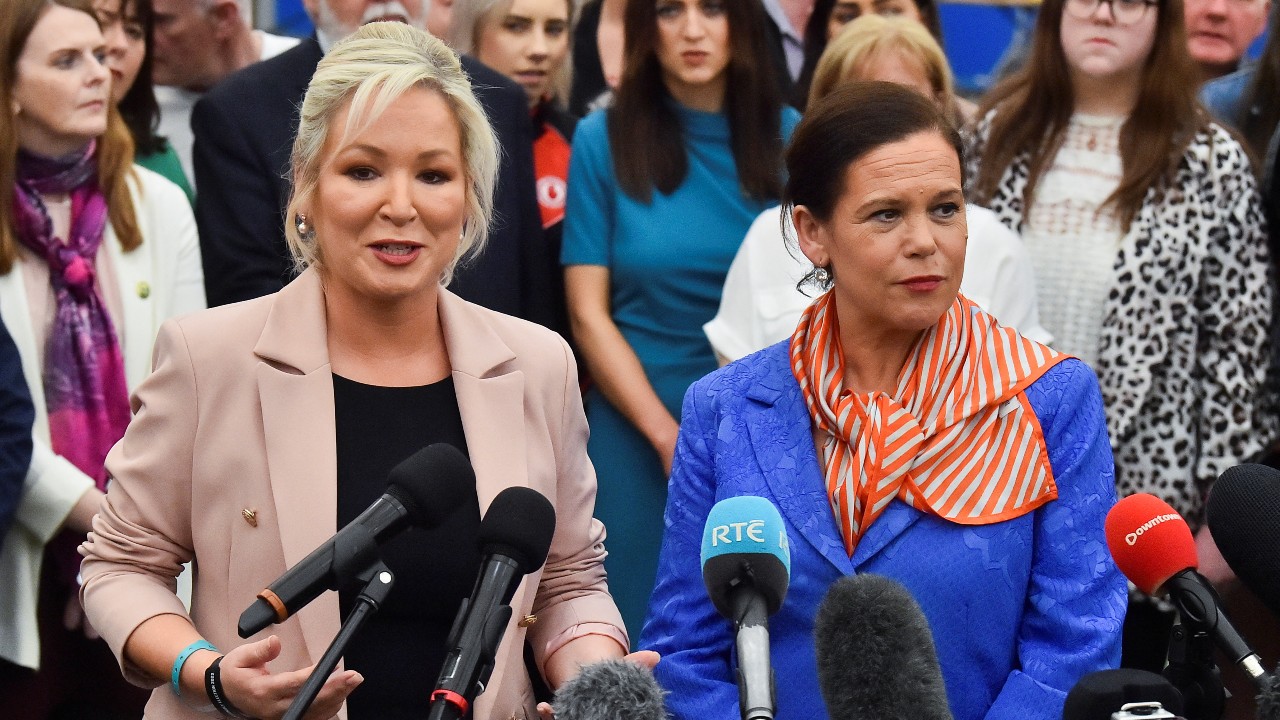 Northern Ireland is on track for a historic change of leadership, as Sinn Fein closes in on winning the most seats in the Northern Ireland Assembly – and thus electing the first ever nationalist party member to lead the assembly.

Ever since Northern Ireland's formation in 1921, a unionist party – that is, one which favors keeping Northern Ireland as part of the United Kingdom – has always been the largest in the assembly, and previously the parliament.

However, Sinn Fein – an Irish republican party which was once routinely referred to by the media as "the political wing of the IRA" – is well on course to win the most seats. At 4 p.m. local time, Sinn Fein had won 21 seats to the Democratic Unionist Party's 19, and with 21 seats still to declare, was closing in on the 26 seats that would confirm it as the largest party in the assembly.

"Today represents a very significant moment of change. It's a defining moment for our politics and our people," Michelle O'Neill, head of Sinn Fein in Northern Ireland, said after her party for the first time secured the most votes in an election to the regional parliament.

"Sinn Fein on course to hold the first minister job is an earthquake" for Northern Ireland politics, said Bill White, chief executive of polling company LucidTalk. "This is seismic."

O'Neill said the election proves it is time for a "healthy debate" on moving towards a united Ireland. A Sinn Fein victory would not change the region's status, as the referendum required to leave the United Kingdom is at the discretion of the British government and likely years away.

But the psychological implications of an Irish nationalist first minister would be huge after a century of domination by pro-British parties, supported predominantly by the region's Protestant population.

Demographic trends have long indicated that they would eventually be eclipsed by predominantly Catholic Irish nationalist parties who tend to favor uniting the north with the Republic of Ireland.