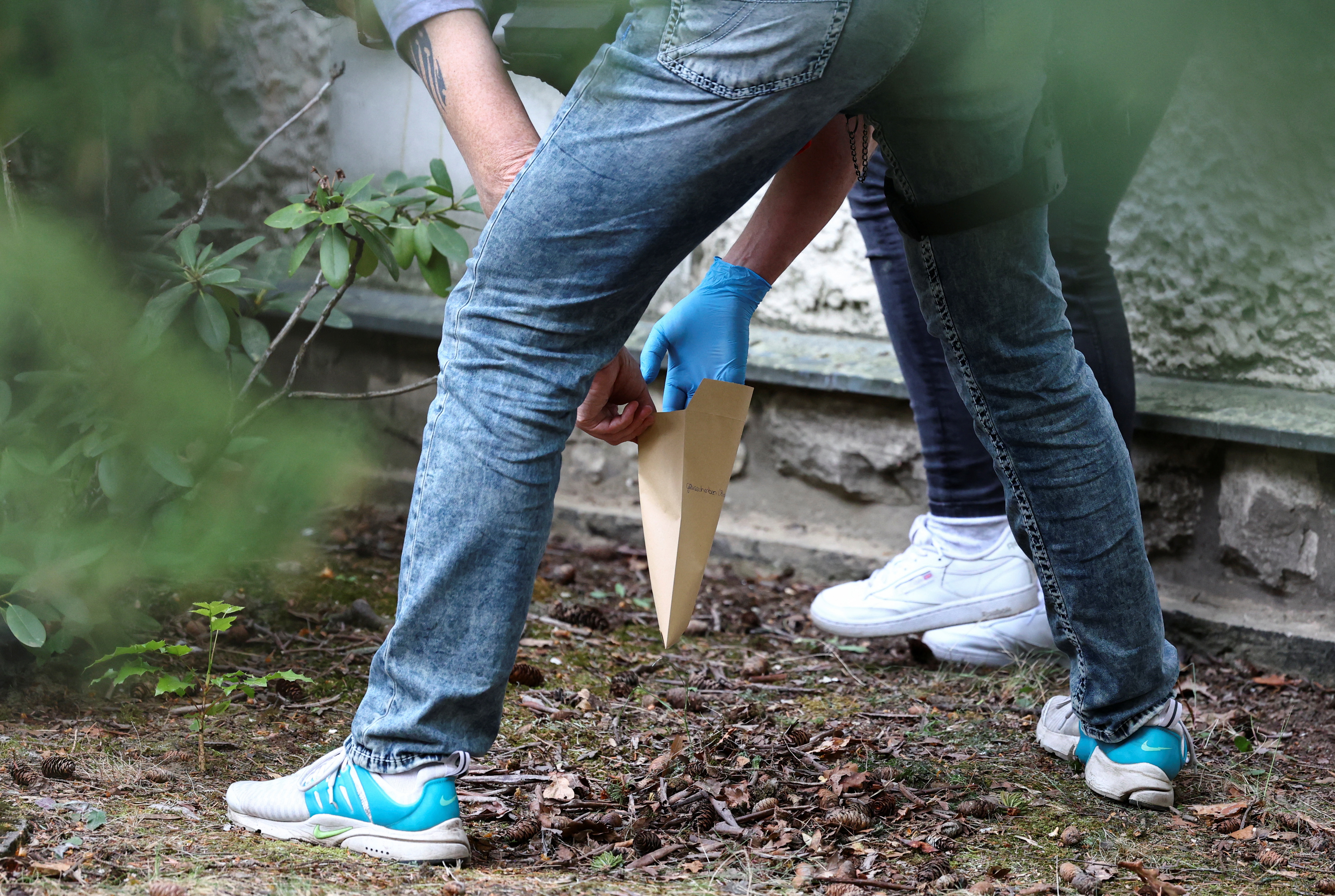 Berlin criminal investigators and prosecutors investigate after the device was found and destroyed at a residential building housing Russian news agency staff in the city's Steglitz district. Reuters/Christian Mang

Berlin criminal investigators and prosecutors investigate after the device was found and destroyed at a residential building housing Russian news agency staff in the city's Steglitz district. Reuters/Christian Mang

An explosive device found in a Berlin building housing the office of a Russian news agency has been destroyed after being examined by local police.

German police said the device was discovered Friday afternoon in the basement of a building "housing the office of a Russian press agency," Ria Novosti, in the city's Steglitz district. State-run RIA said it had journalists living in the block.

Police had been called to the building after an empty beer bottle was earlier hurled against its facade.

They destroyed the explosive device and said that "the real danger and the possible motivation for the crime are the subject of a thorough ongoing investigation."

Ria Novosti had earlier said on Telegram that the placing of the device constituted "a possible terrorist attack against Russian journalists and their families" in Berlin.

The incident came as Russia prepares to hold traditional Victory Day festivities to mark the World War II Soviet victory over Nazi Germany and amid tensions sparked by its February invasion of neighbouring Ukraine.

In the run-up to Monday's celebrations, German intelligence services have said that they are expecting potential pro-Russian activities on German soil, notably in Berlin.

Russia's embassy in Berlin said a bottle had been thrown through a window of the apartment block on Friday evening, and that an improvised bomb had been found in the subsequent search.

Russia's foreign ministry demanded on Saturday that authorities in Germany and other European Union and NATO states take steps to protect Russian journalists and their families abroad.

"We see this as a direct consequence of the harassment of Russia media and their employees unleashed in the West," its statement said. "The politicised decision to disconnect Russian media from the airwaves in the European Union was the precursor to their physical intimidation, right up to their elimination."

State-controlled Russian outlets RT and Sputnik were banned throughout the European Union on March 2.