• Ukrainian officials accused Russia of violating a ceasefire on Friday aimed at evacuating scores of civilians trapped in the besieged Azovstal steelworks in Mariupol, the last Ukrainian army stronghold in the Russian-controlled city. However, the operation allegedly saw 12 civilians, including children, evacuated by bus from the complex, according to the Russian state news agency RIA.

• Almost 500 civilians have been evacuated in a UN-led rescue operation from the city, according to the Ukrainian president's office. Kyiv said earlier in the say that the operation was ongoing and that Ukraine would "do everything to save all its civilians and military" trapped in the southern port city.

• Russia will not use nuclear weapons in Ukraine, foreign ministry spokesperson Alexei Zaitsev said, accusing those who suggested Moscow might launch a nuclear strike of "deliberate lies."

• Russia's military announced a three-day ceasefire starting Thursday at the Azovstal plant, but a commander of the ultra-right Azov regiment which is leading the site's defense said that "heavy bloody fighting continues", accusing Russia of violating its promise of a ceasefire.

• Mariupol is being "tortured to death", according to Ukrainian Preisdent Zelenskyy, describing the siege of the city as "an example of torture and starvation used as a weapon of war." He said that no international organizations could enter the city: "This inhumanity and cruelty is how the Russian military treats people."

• Russian troops are trying to capture Severodonetsk, the easternmost city in Ukraine held by Kyiv, a local official said. Taking Severodonetsk would be a major gain for the Russian army as part of its efforts to control Ukraine's eastern Donbas region.

• The European Commission has proposed changes to its planned embargo on Russian oil to give Hungary, Slovakia and Czechia more time to shift their energy supplies, although it failed to reach a breakthrough on Friday.

• Hungarian Prime Minister Victor Orban had said his government could not support the new EU sanctions against Russia in their present form. However, EU chief Ursula von der Leyen said on Friday she was confident the bloc would approve the new sanctions package. 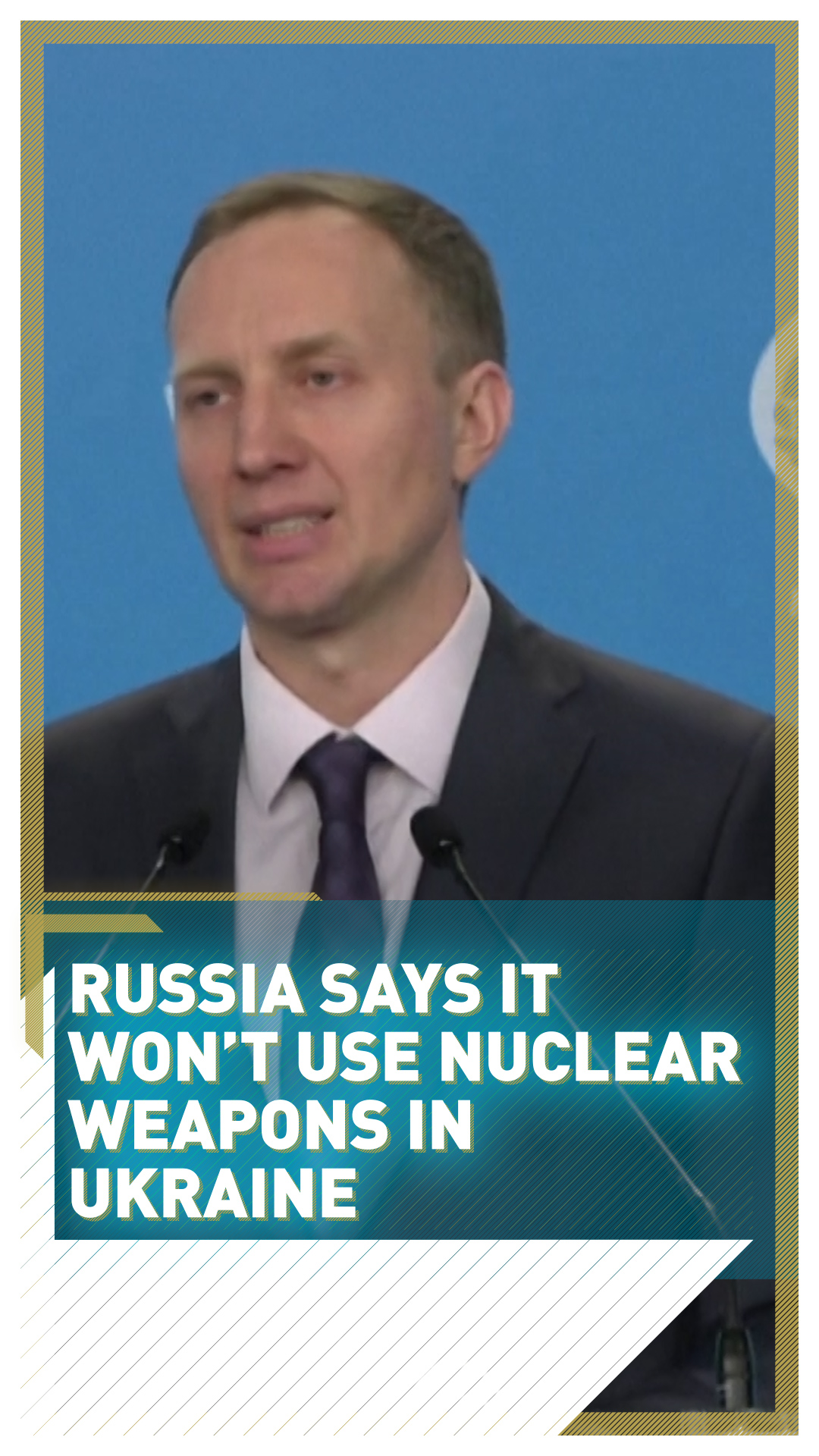 • Russia has handed over 41 people, including 28 military, in a prisoner exchange with Ukraine, Deputy Prime Minister Iryna Vereshchuk has announced. She said on Telegram that it was "especially gratifying" that a senior representative of the Orthodox Church of Ukraine was among the prisoners.

• The Kremlin has accused the West of preventing a quick end to Russia's military campaign. "The United States, Britain, NATO as a whole hand over intelligence... to Ukraine's armed forces on a permanent basis," spokesman Dmitry Peskov told reporters. "Coupled with the flow of weapons that these countries are sending to Ukraine, these are all actions that do not contribute to the quick completion of the operation."

• Russia will not use nuclear weapons in Ukraine, its foreign ministry said on Friday, saying they were not not applicable to what Moscow calls its special military operation in Ukraine.

• European Council President Charles Michel has said should the bloc should confiscate and sell Russian assets it has seized and use the proceeds to rebuild Ukraine, echoing an idea already floated in the U.S. Brussels said early last month it had frozen 30 billion euros ($31.5 billion) in assets linked to blacklisted Russians and Belarusians.

• NATO Secretary General Jens Stoltenberg says the Western military alliance could boost its presence around Sweden and the Baltic Sea in case of Russian interference amid its potential membership application.

• The world's largest brewer has started producing a popular Ukrainian beer in Belgium, with all profits made from its global sales going to humanitarian relief in Ukraine. Anheuser-Busch InBev had to halt production of the Chernigivske lager and other beers at its three breweries in Ukraine because of the conflict. A woman evacuated from Azovstal steel plant in Mariupol walks accompanied by a member of the International Committee of the Red Cross (ICRC) and pro-Russian troops in the village of Bezimenne. /Alexander Ermochenko/Reuters

A woman evacuated from Azovstal steel plant in Mariupol walks accompanied by a member of the International Committee of the Red Cross (ICRC) and pro-Russian troops in the village of Bezimenne. /Alexander Ermochenko/Reuters

Ukrainian officials accused Russia of violating a ceasefire on Friday aimed at evacuating civilians trapped in the besieged Azovstal steelworks in Mariupol. However, a Russian report said 12 civilians, including children, had managed to get out by bus.

UN-brokered evacuations of some of the hundreds of civilians who had taken shelter in the plant's network of tunnels and bunkers started last weekend, but were stopped in recent days by renewed fighting.

The head of Ukraine's presidential staff, Andriy Yermak, said the next stage of the rescue was under way on Friday, but Mariupol authorities accused Russian forces of fireing at a car that was involved, killing one Ukrainian fighter and wounding six.

Russia had no immediate comment, but a report on Russia's RIA news agency said its correspondent had seen a bus with 12 civilians leave the Azovstal complex. Reuters could not immediately verify the report.

An estimated 200 civilians remained trapped in the plant with little access to food or water.

Putin has said Russia was prepared to provide safe passage for the civilians but reiterated calls for Ukrainian forces inside to disarm after Moscow declared victory in Mariupol on April 21, its forces sealing off the plant.

The Kremlin denies Ukrainian allegations that Russian troops stormed the plant in recent days and said humanitarian corridors were in place. Russia's military promised to pause its activity for the next two days to allow civilians to leave.

However, footage released by the Azov Regiment showed three explosions striking different parts of the complex. Russia has turned its heaviest firepower on Ukraine's east and south, with its new front aimed at limiting Ukraine's access to the Black Sea, vital for its grain and metals exports, while linking Russian-controlled territory in the east to the annexed Crimea Peninsula.

Ukraine's general staff said on Friday that Russian forces were continuing their "attempts to fully take over the Donetsk and Luhansk regions", areas which were partially seized by pro-Moscow separatists in 2014.

Russia's defence ministry said it had destroyed a large ammunition depot in the eastern Ukrainian city of Kramatorsk in a missile strike. It also said its air defences shot down two Ukrainian warplanes in the Luhansk region. It was not possible to independently verify either side's statements.

Ukraine's Zelenskyy said on Thursday that nearly 4,000 hospitals and other medical facilities in the country had been destroyed on damaged since the invasion.

"This amounts to a complete lack of medication for cancer patients. It means extreme difficulties or a complete lack of insulin for diabetes," he said in a video address to a medical charity group. "It is impossible to carry out surgery. It even means, quite simply, a lack of antibiotics."

The Kremlin says it targets only military or strategic sites and not civilians. However, Ukraine reports daily civilian casualties from Russian shelling and fighting, and accuses Russia of war crimes, which Moscow denies.