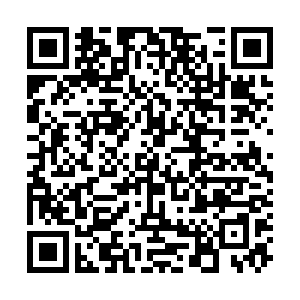 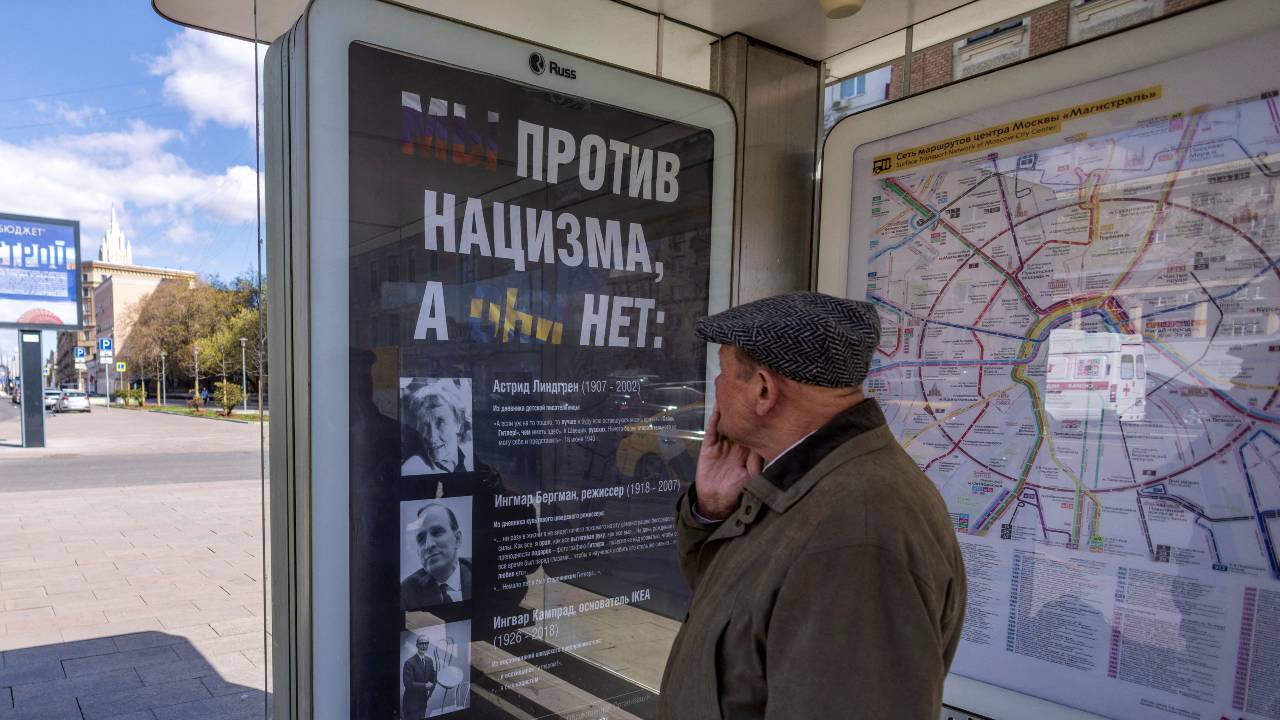 A man looks at a poster with photographs of Swedish writer Astrid Lindgren, film director Ingmar Bergman, IKEA founder Ingvar Kamprad, and the message "We are against Nazism, they are not" at a bus stop in Moscow./Reuters

A man looks at a poster with photographs of Swedish writer Astrid Lindgren, film director Ingmar Bergman, IKEA founder Ingvar Kamprad, and the message "We are against Nazism, they are not" at a bus stop in Moscow./Reuters

Outside the Swedish embassy, two posters were hung up inside a bus stop featuring photographs of some of Sweden's most famous 20th century figures following recent reports that Stockholm is considering a bid to join NATO.

The message on each poster reads: "We are against Nazism, they are not."

A similar poster also appeared on a major road in central Moscow.

Asked about the posters, the press office of Sweden's foreign ministry said: "Sweden has no intention of engaging in a public polemic with the Russian organization 'Our Victory,' which is reportedly behind these posters."

"In Russia, accusations of 'Nazism' have repeatedly been deployed against countries and individuals who express justifiable criticism of Russia's actions," it added.

However, all of the individuals referenced in the posters have been publicly accused of having held Nazi sympathies. The founder of the Ikea furniture chain, Ingvar Kamprad, was accused of being an active recruiter for a Swedish Nazi group during World War Two, and allegedly was close to Nazi sympathizers well after the war.

The Russian foreign ministry did not respond to a request for comment.

Three Moscow commuters at the embassy bus stop said they were in favor of the anti-Swedish posters.

"I think the posters are timely in light of recent events," said 47-year-old Alexandra. "If Europeans consider themselves democratic countries, then I think it's entirely democratic to express an alternative point of view and show people a different opinion."

Russia's actions in Ukraine have prompted Sweden and its neighbor Finland to consider joining the Western military alliance, abandoning a long-held policy of non-alignment as the best approach to peace keeping.

Moscow has claimed its military campaign in Ukraine is designed to demilitarize and "denazify" the country. But earlier this week Russian Foreign Minister Sergei Lavrov came under fire for claiming Adolf Hitler may have had Jewish roots, a statement Israel described as anti-Semitic and dangerous.

Israeli Prime Minister Naftali Bennett said on Friday that Russian President Vladimir Putin had apologized for the remarks, which Bennett has reportedly accepted.