Download
How was the legend of the Ghost of Kyiv created?
Duncan Hooper 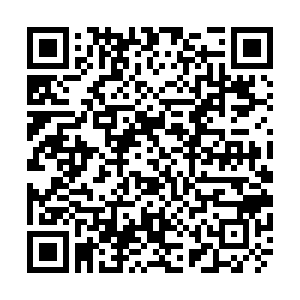 Ukraine confirmed at the weekend that a fighter ace credited with downing dozens of Russian planes never existed.

Who is the Ghost of Kyiv?

The first reports of a mysterious unnamed fighter ace began to emerge on Feb 25, the day after Russian forces attacked.

The Ukrainian Ministry of Defense made an allusion to an "air avenger" in a MiG-29 in a tweet that morning as social media began to fill with rumors.

A few hours later it posted a video, purporting to show the shooting down of a Russian jet. Although this was later revealed to be a fake, created from video game footage, it nevertheless spread rapidly and became linked to a single pilot that bloggers were claiming had shot down six Russian aircraft in a single day.

That evening, former Ukrainian president Petro Poroshenko amplified the reports on his Twitter account sharing a picture of a helmeted pilot seated in his plane cockpit.

That picture was also shared on the official Telegram channel of the Ukrainian security services a couple of days later, claiming that the Ghost had shot down 10 enemy aircraft.

The reports snowballed over time, with some claims reaching a kill-count of 40. Following the death in combat of a Ukrainian pilot, Major Stepan Tarabalka, several online sources suggested that the Ghost had been killed.

From the very first appearance of the Ghost, military experts expressed skepticism. For one pilot to have such a high success ratio is almost unheard of, especially given the dominance of the Russian air force. Russia is estimated to have around ten times as many offensive aircraft as Ukraine as well as technical superiority in air-to-air and ground-to-air weaponry.

This weekend, the Ukrainian Air Force admitted that the story was a hoax, saying that the Ghost was intended to represent Ukrainian pilots collectively.

"The ghost of Kyiv is a superhero-legend, whose character was created by Ukrainians," the ministry said on Facebook.

Why is it significant?

Both sides in the conflict have been keen to portray their forces as having the upper hand in order to boost morale. And with independent fact-checking very difficult in a war zone, Russia and Ukraine have been accused of underestimating their own losses and exaggerating their impact on enemy forces.

Russian state media organizations, accused of spreading false narratives, have been banned in Europe. Russia has taken reciprocal measures against some European and independent local outlets on the same basis.

Just days before posting its confirmation of the exploits of the Ghost of Ukraine on Feb 27, the country's security service had called out a Telegram post which claimed it was seeking to spread false information.