Download
Who owns the Arctic? The multi-nation battle at the top of the planet
Gary Parkinson 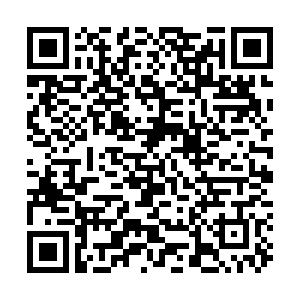 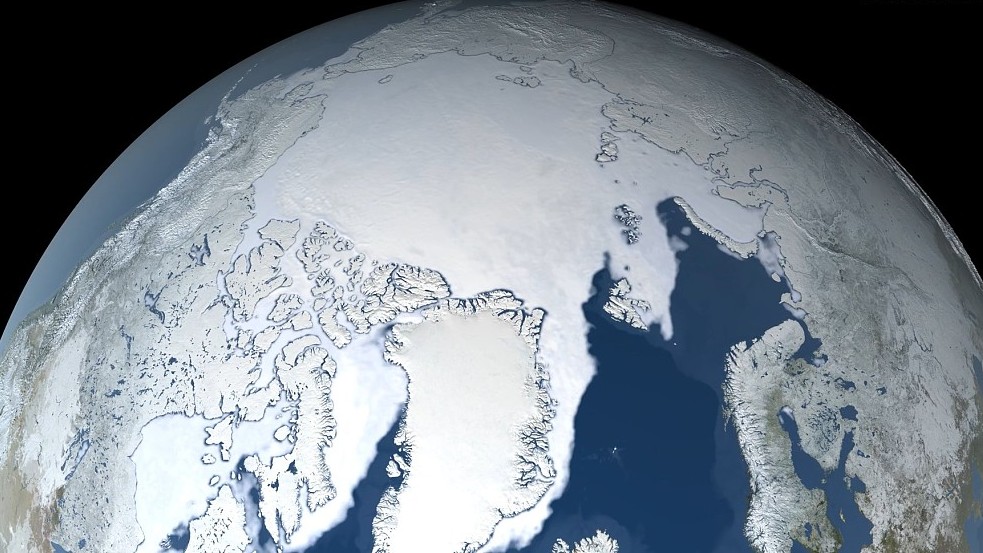 It may seem like a frozen waste, but the Arctic is highly valuable – and much fought-for. /NASA Scientific Visualization Studio/Cover Images via VCG

It may seem like a frozen waste, but the Arctic is highly valuable – and much fought-for. /NASA Scientific Visualization Studio/Cover Images via VCG

The European Court of Human Rights is considering the Norwegian government's request to dismiss a case brought by activists seeking to stop oil exploration in the Arctic.

While the ecological protesters will hope for a change of luck – they have already lost the argument in three domestic courts, including Norway's most senior – the longer-lasting dispute is likely to remain that between various sovereign nations over who owns the mineral rights underneath the North Pole.

What's under the Arctic?

The Arctic Circle encloses approximately 20 million square kilometers, around 4 percent of the Earth's surface. Much of that is an icy ocean, meaning there is (unlike in the Antarctic) no international treaty forbidding economical development, so it's what lies beneath that attracts the interest. A 2009 report from the U.S. Geological Survey estimated there may be as much as 160 million barrels of oil and up to 30 percent of the world's undiscovered natural gas there.

Who is claiming it?

The nations with claims to the territory are those whose land stretches farthest north to border the Arctic Ocean – so from the Greenwich Meridian (passing through London) eastwards, that's Norway, Russia, the U.S., Canada and Denmark (via Greenland).

Those countries can (and do) establish exclusive economic zones, similar to the fishing-rights areas which caused so much dissent in the 'Cod Wars' between the UK and Iceland in the 1960s and 1970s, 200 nautical miles (370 kilometers) from their shores. Inside those zones countries can extract natural resources.

These claims can be seen on the map produced by the IBRU, the Centre for Borders Research at Durham University in the UK (see the IBRU site for extensive briefing notes). Running counter-clockwise from the bottom, Norway's orange zone abuts Russia's yellow, which in turn cedes to the turquoise U.S. zone, then Canada's green and Denmark's pink. 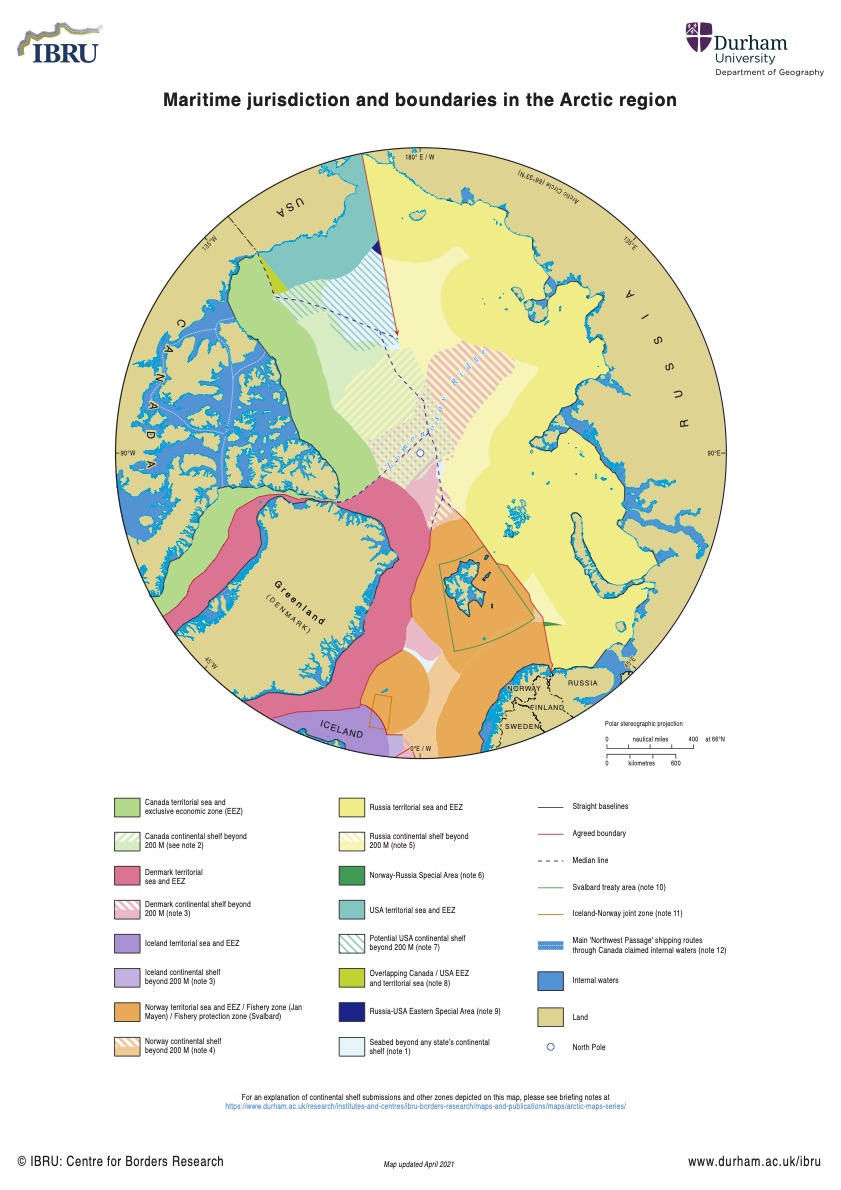 But what's that multicolored bit in the middle?

Well, the Arctic Ocean is mostly more than 400 nautical miles wide, which would leave a large portion in the central ocean were it not for the existence of a 1,700-kilometer chain of undersea mountains called the Lomonosov Ridge, running directly under the North Pole and effectively splitting the Arctic Ocean in two halves.

How does the Lomonosov Ridge change things?

This wasn't even discovered until 1948  - by Soviet researchers, which is why it was named after a pioneering Russian geologist – but it's now at the center of a three-way ownership battle between countries who claim it as extensions of their continental shelves. Denmark says it is part of Greenland, Russia insists it is an extension of a Siberian archipelago, and Canada claims it as an extension of Ellesmere Island.

The competing claims (or 'submissions') for the central Arctic region can be seen on the IBRU map below. Because each country claims a different area of the ridge, there are different areas disputed by Denmark and Russia (pink and yellow) and by Canada and Russia (green and yellow). The section outlined by the bold blue line in the middle is claimed by all three countries. 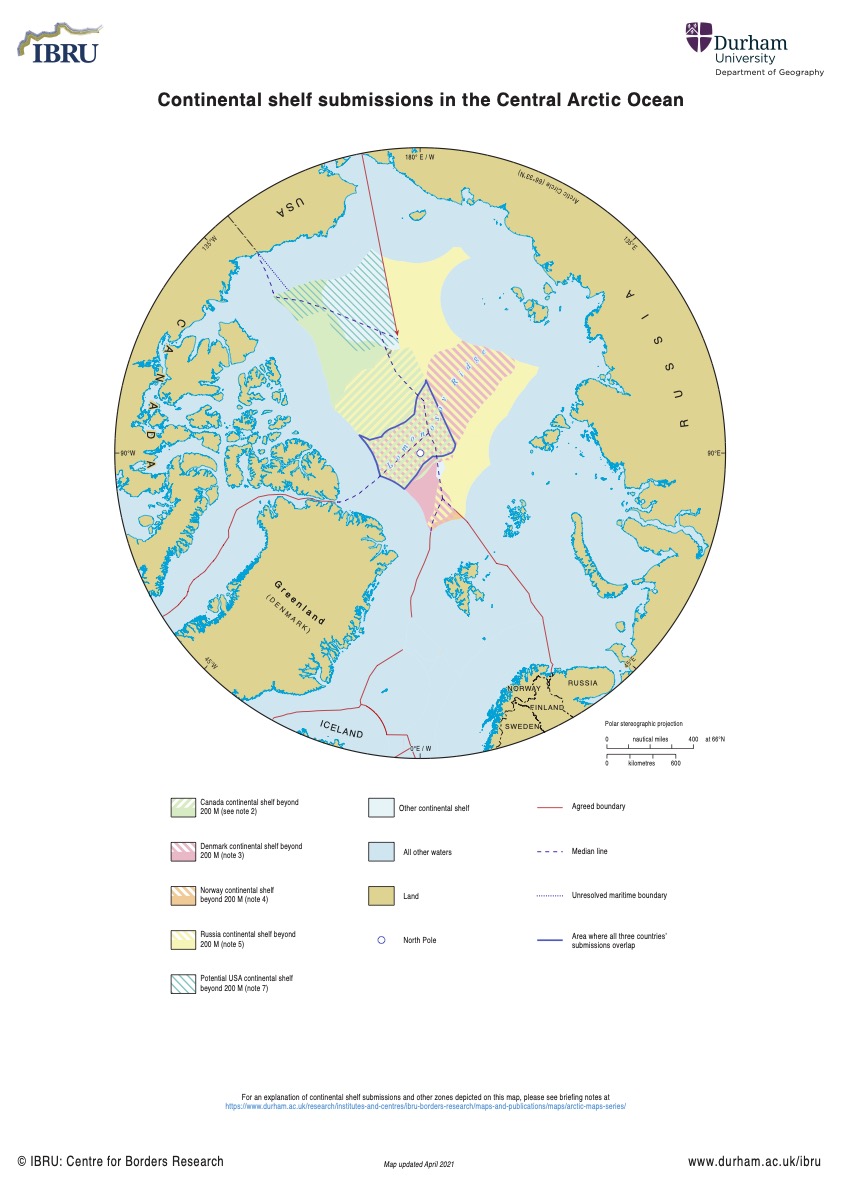 The extremely tricky task of arbitrating this hugely lucrative and ecologically sensitive squabble has fallen to the United Nations, with each country making its competing claims (and sometimes changing them, with Russia submitting several iterations of its claim). Whoever eventually succeeds could claim around 142 million square kilometers of territory at the top of the planet.

Who is already active in the area?

Norway is already western Europe's largest oil and gas producer, with a daily output equivalent to around four million barrels of oil. It first developed fields in the North Sea, before expanding northwards into the Norwegian Sea and the Barents Sea.

Under the Donald Trump presidency, the U.S. government wanted to open up 82 percent of the 93,000 square kilometer National Petroleum Reserve in Alaska to oil and gas drilling, although Joe Biden has recently cut this back to the Obama administration level of 52 percent.

Russian oil companies have also been drilling in the Arctic for a decade. In 2007, Russian explorers planted a titanium national flag on the Lomonosov Ridge at the North Pole.

Climate change –  caused in large part by fossil fuel use which exploitation would help prolong – has helped expansion by melting more of the Arctic ice, facilitating exploration and drilling. And with fuel uncertainty increasing, the battle at the top of the planet is likely to be of vital importance in the decades to come.

So what about the Norwegian court case?

Which brings us back to the court case attempting to stop Norwegian oil exploration – and the government's determination to quash it.

The six plaintiffs, all in their twenties, are supported by Greenpeace and Young Friends of the Earth, repeating a recent trend of individual court action against firms and governments. In one recent case Dutch activists forced Shell to speed up emission cuts.

In its plea to the ECHR, the Norwegian attorney general's office cited the Ukraine crisis and the resultant uncertainty over Russian fuel-supply as reasons not to cease Arctic activities, outlining Norway's role as a stable and predictable energy supplier to Europe in the wake of the Ukraine war and "Russia's instrumentalization of energy" – an argument rejected by environmentalists.

"War in 2022 does not legitimate oil decisions taken in 2016, nor that we need new production for several more decades to come," said Frode Pleym, the head of Greenpeace Norge.