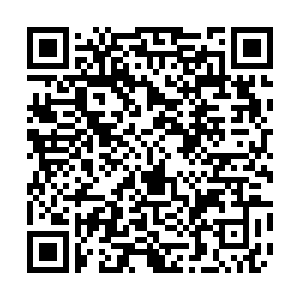 Plans to restrict the use of Russian oil has led to calls for OPEC members to increase production to make up the shortfall and to lower prices. /Maksim Bogodvid/SputnikCollapse

Plans to restrict the use of Russian oil has led to calls for OPEC members to increase production to make up the shortfall and to lower prices. /Maksim Bogodvid/SputnikCollapse

The oil producer group OPEC+ has agreed to only a modest boost to its monthly oil output, ignoring Western calls for output hikes amid skyrocketing prices, saying it could not be blamed for disruptions to Russian supply.

The group instead agreed to raise its June production target by just 432,000 barrels per day (bpd), which is in line with an already existing plan to remove restrictions on output implemented in 2020 when the COVID-19 pandemic hit demand hard.

Thursday's meeting of OPEC+, made up of the Organization of Petroleum Exporting Countries and allies including Russia, happened as oil prices continue to surge.

In March, crude prices hit their highest point since 2008 at more than $139 a barrel, jumping in response to the Ukraine crisis which continues to heighten supply concerns that were already driving up prices. Benchmark Brent crude traded above $111 on Thursday.

The announcement also comes a day after the EU released plans for a phased embargo on Russian oil in its toughest package of sanctions yet.

Two sources at the meeting told Reuters that delegates avoided any discussion about sanctions on Russia, bringing the talks to close in just under 15 minutes.

The EU oil embargo could see Russia reroute flows to Asia while dramatically cutting its production. That will leave the EU to compete for the remaining available supply, with both issues set to hike up the price of oil.

OPEC Secretary General Mohammad Barkindo said on Wednesday it was not possible for other producers to replace Russian exports of more than 7 million bpd. "The spare capacity just does not exist," he said.

The U.S. has continually called on OPEC to increase production, but the Saudi-led organization has resisted the calls.

On Thursday a U.S. Senate committee was set to vote on a bill that could expose OPEC countries and their partners to lawsuits for colluding to artificially increase oil prices.