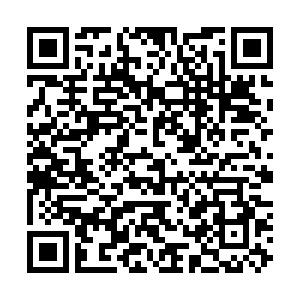 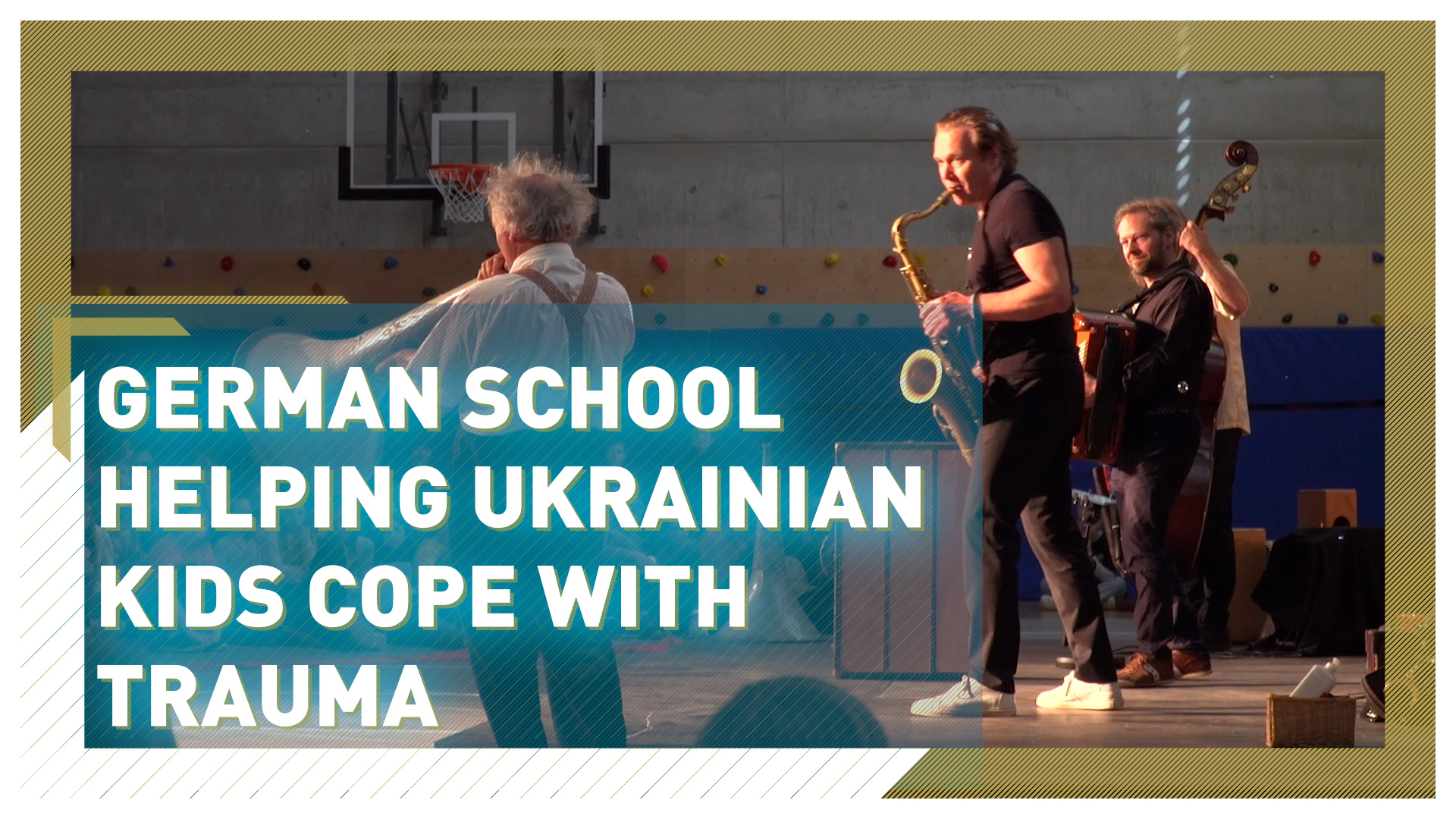 Four days after the conflict in Ukraine began, the team at the Ukrainian School of Hope in Munich began teaching a small group of refugee children in a hotel conference room.

Two weeks later, they had acquired unused space at a nearby school in the southwest of the German city.

It now offers psychological and educational support to 250 children from Ukraine, to help prepare them for integration into the German school system.

Germany is hosting close to 400,000 refugees from Ukraine, including thousands of children who have experienced varying degrees of trauma, some of which has been unspeakable.

"The children have lived in subway shafts, have experienced the bombing, have seen the violence," says Ukrainian School of Hope initiator Anke Martens-Merk.

Monika Furmetz is a social worker for Notfall Ambulance who helps these children daily with their psychological needs. She says you can see "war in their eyes." 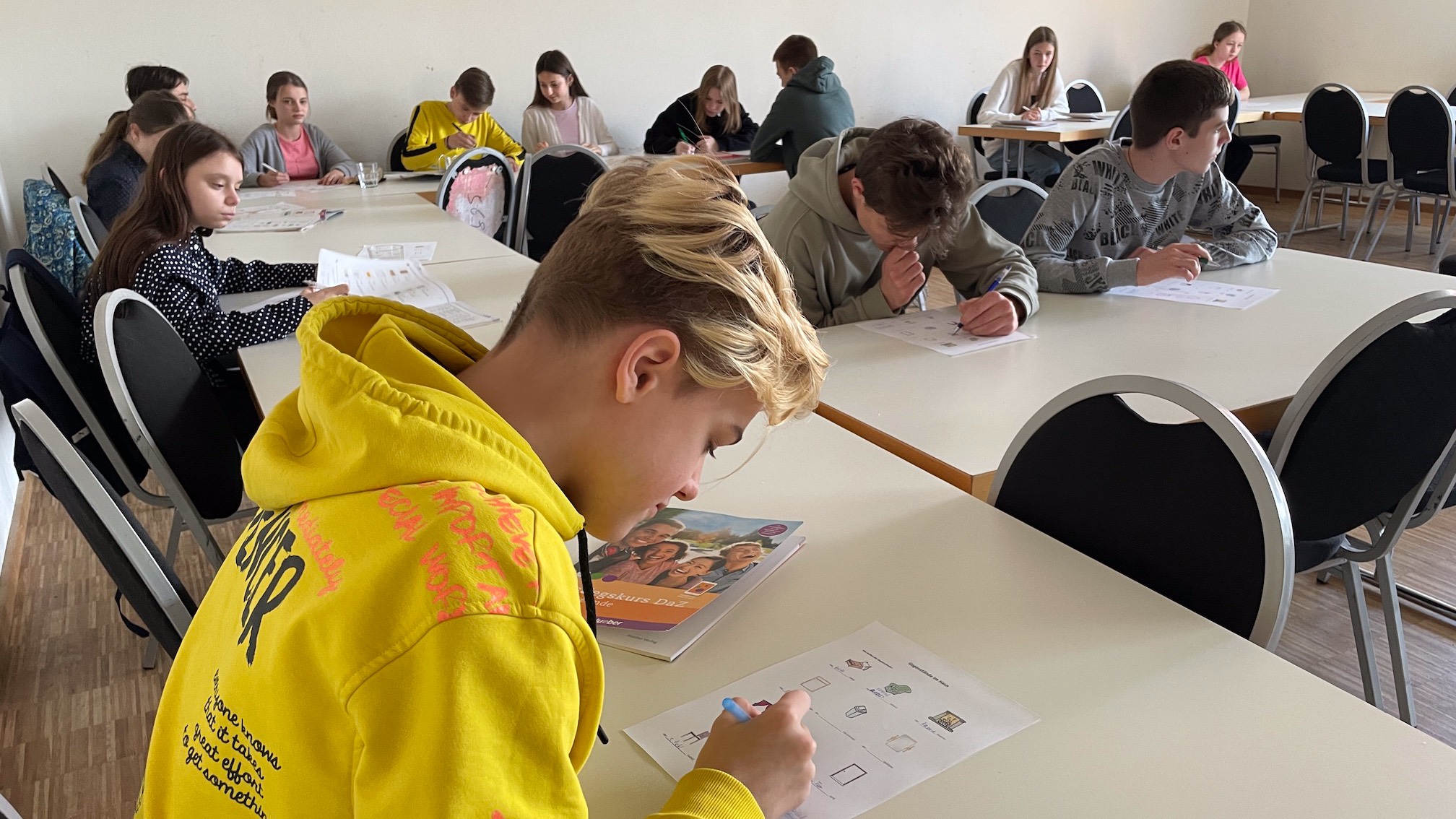 "When we play the game of changing seats only in this small area, they are taking their whole bag with them," she told CGTN Europe.

"They are so afraid [of] the possibility the war also starts here they take all their stuff."

Trauma can be 'a big problem'

Not addressing the traumatic experiences they have lived through as they escaped the conflict in their homeland can hinder the children's chances of success, not only in any host country's school system but also in other aspects of life.

"Slowly, slowly," Furmetz said. "They need a long time and you have to work now because if you don't stop the traumatic things now, it will be a big problem. Some will get very aggressive, some will get depressive, maybe they get physically ill."

They must be stabilized, psychologically and socially, said Martens-Merk. 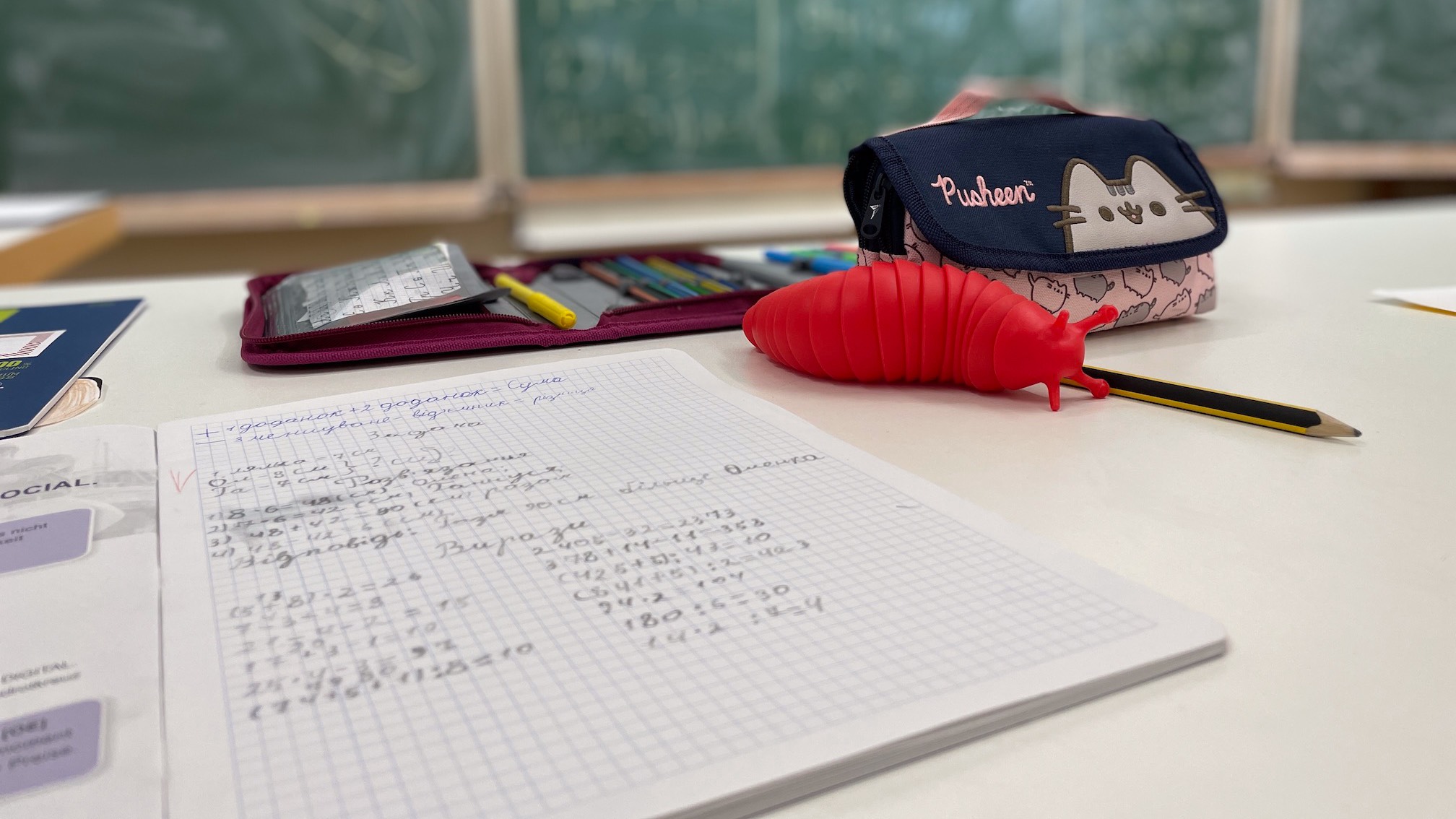 In Germany, it is mandatory for these children to start at local schools three-months after they arrive. /Natalie Carney/CGTN

In Germany, it is mandatory for these children to start at local schools three-months after they arrive. /Natalie Carney/CGTN

"Our concept is that we first try to look at and work on the trauma with the children, both pedagogically and therapeutically. [Teaching] German is an important focus and of course we also go through history, mathematics and physics."

In Germany, it is mandatory for these children to start at local schools three months after they arrive, so those who came at the start of the conflict will soon have to be transfered to the regular school system.

But that system is also under pressure as state governments are trying to find not just the physical space to accommodate this sudden influx of students, but also the educators to teach them. 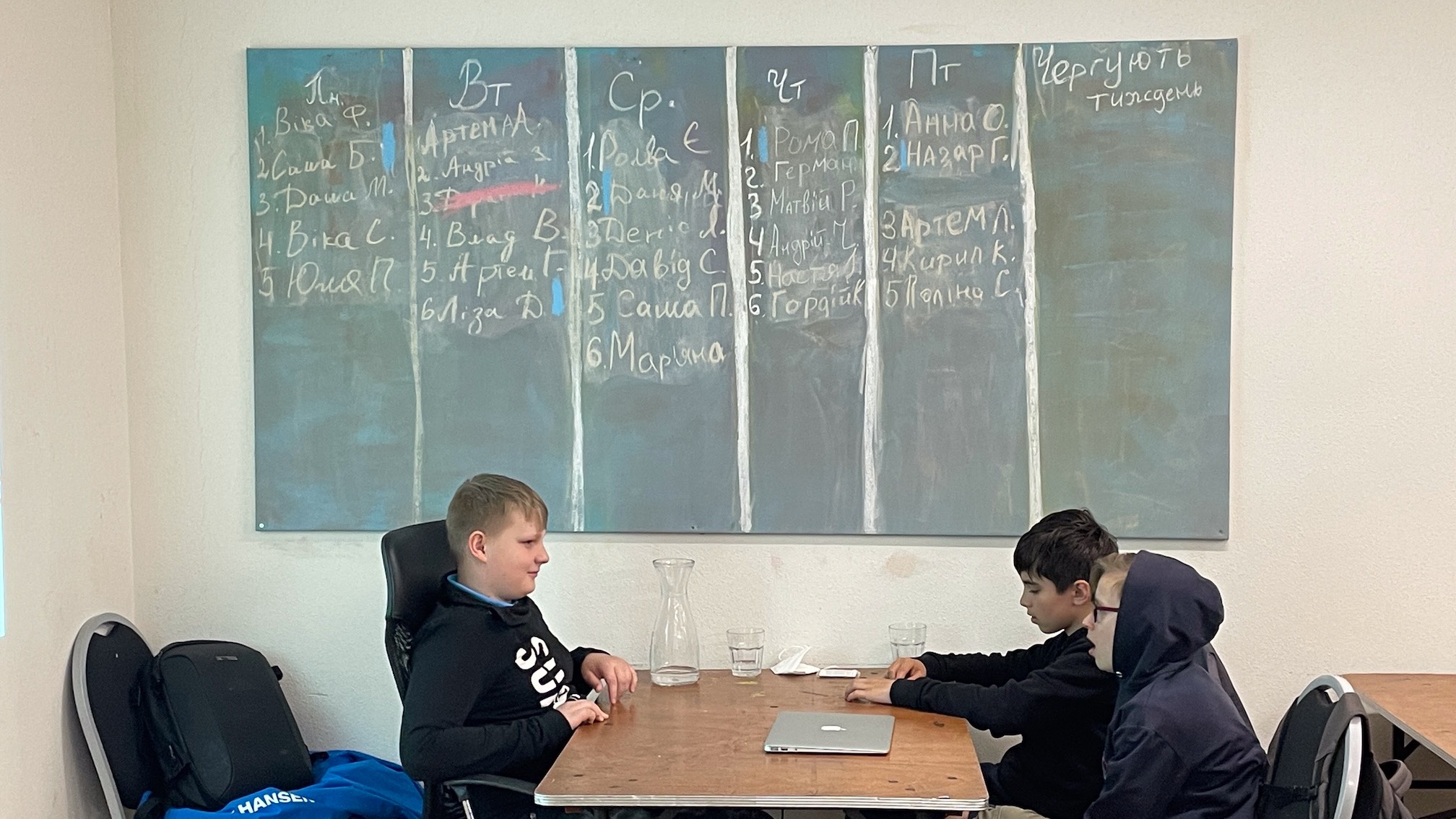 The school has become a lifeline for refugee children. /Natalie Carney/CGTN

The school has become a lifeline for refugee children. /Natalie Carney/CGTN

Some German teachers are coming out of retirement, while teachers from Ukraine, now refugees in Germany, are also being considered.

Martens-Merk said the public school system lacks the resources that are more readily available to not-for-profit initiatives such as the Ukrainian School of Hope.

"I think it's really too much for the regular school system," she explained, "because they aren't given that much help. I know the school authority says they have advice centers, they have contact points for them, but we need people who are there at the moment."

Furmetz has also worked in the public system and agreed with Martens-Merk's assessment of the situation. She said all the support staff jobs are vacant.

Ukrainian School of Hope is also supported by Refudocs, an association of doctors which provide free medical care to refugees, asylum seekers and their children.

Breeding a sense of community

The school has become a lifeline not only for the children but also their mothers.

Since many of the families stay in a nearby hotel or in government-run asylum facilities, the mothers can benefit from the sense of community that the school provides. 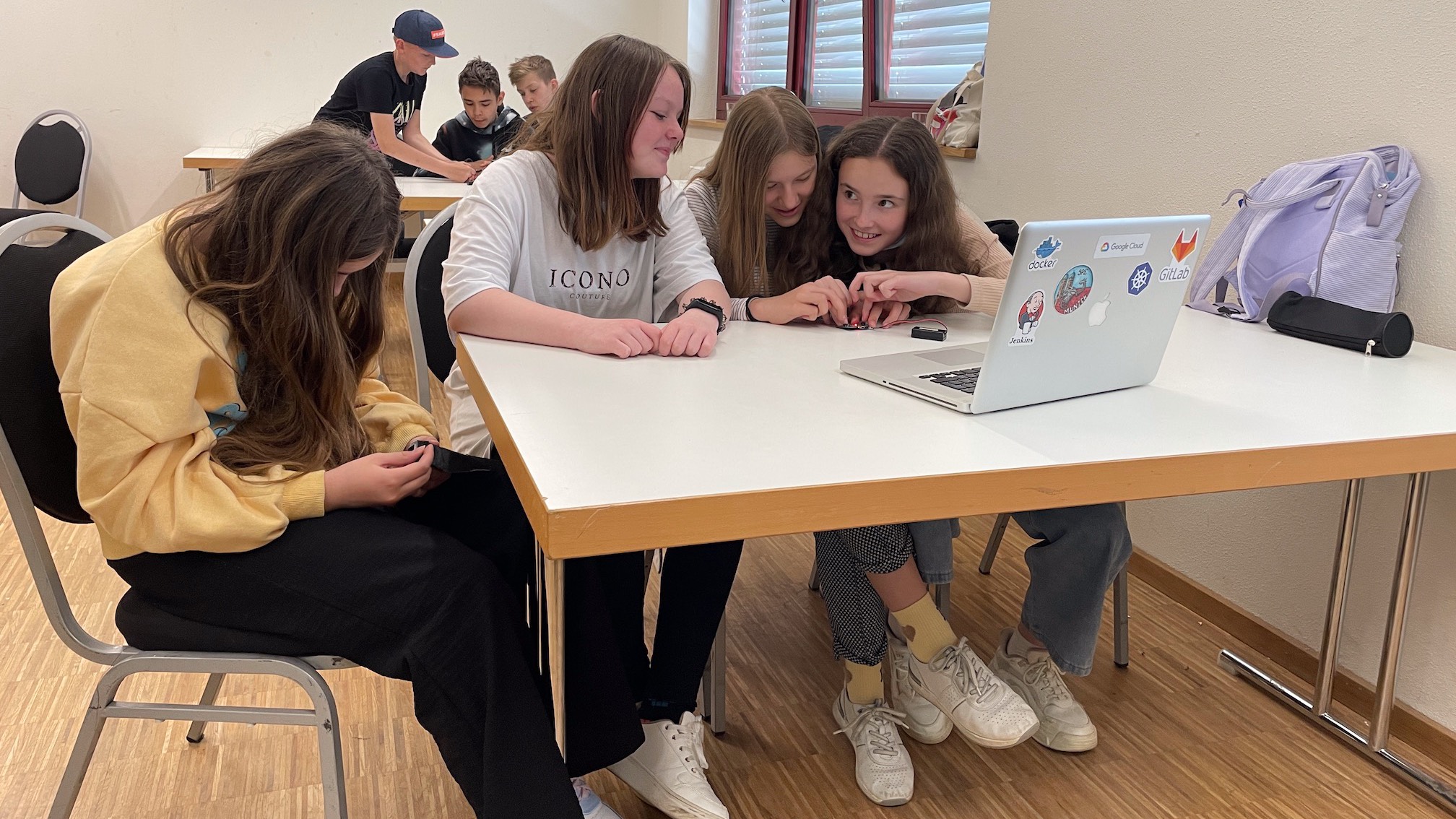 Germany's public school system lacks the resources to accommodate the additional students, so some teachers are having to come out of retirement. /Natalie Carney/CGTN

Germany's public school system lacks the resources to accommodate the additional students, so some teachers are having to come out of retirement. /Natalie Carney/CGTN

She has been helping at the school to pass the time.

"In the beginning I was thinking that we would return and continue my son's education in Ukraine," she said. "Now I see that we are not going to return to Ukraine for some time, at least to Kharkiv, because it still needs to be de-mined.

"This is why I think that my son has to integrate into German society, because we are staying here for some time."

While the school has received a lot of acknowledgement for the work that it is doing, including from the Mayor of Kyiv Vitali Klitschko, Martens-Merk says there are many uncertainties that lie ahead.

"The biggest challenge is the (state) approval for what we do. There are many many hurdles that we need for the approval of the Government of Upper Bavaria and the Ministry of Education.

"I think it depends on how long the war lasts, what the situation in Ukraine is, whether the children stay here or whether they go back with their mothers." 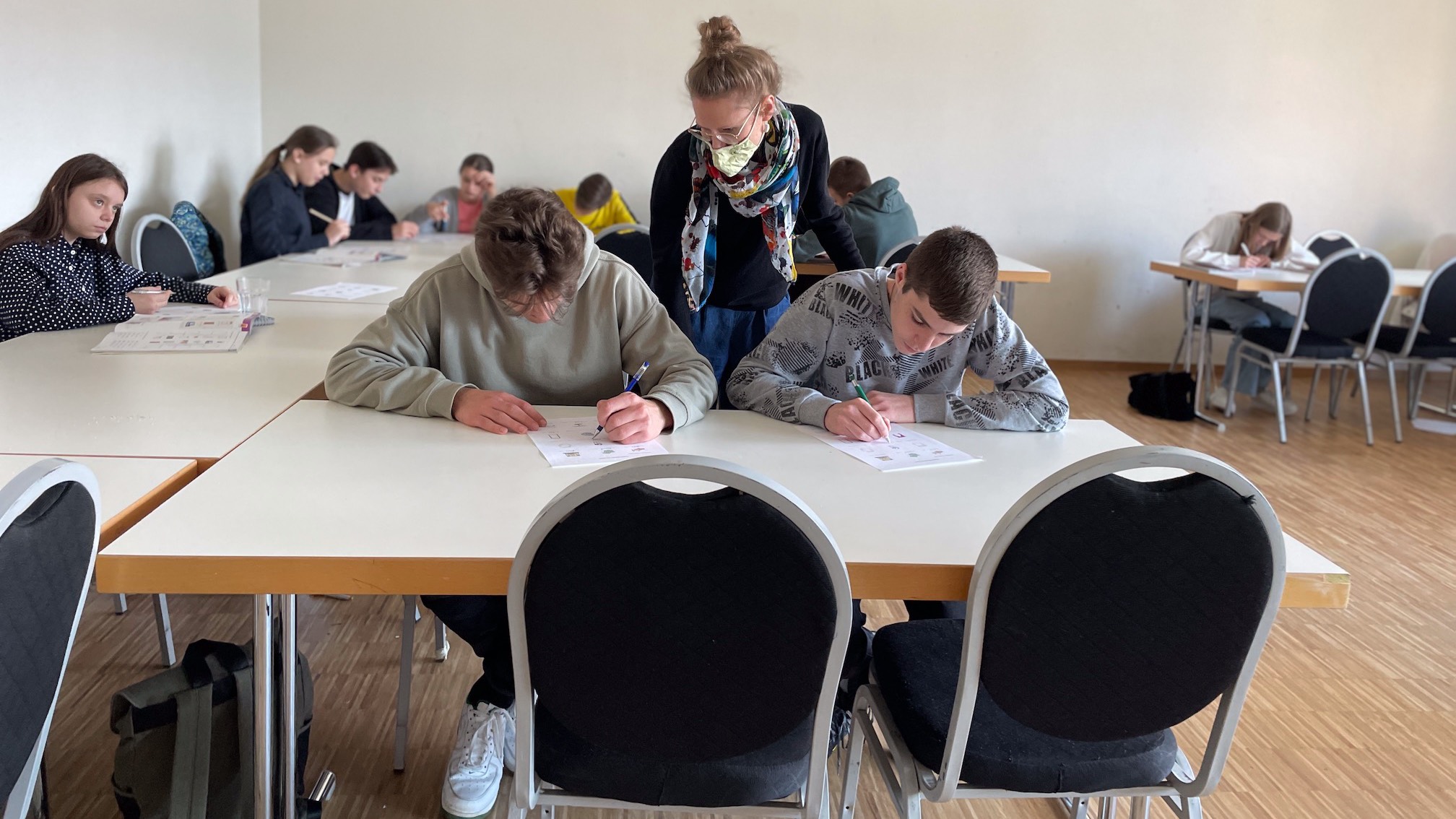 The school has received a lot of acknowledgement for the work that it is doing. /Natalie Carney/CGTN

The school has received a lot of acknowledgement for the work that it is doing. /Natalie Carney/CGTN