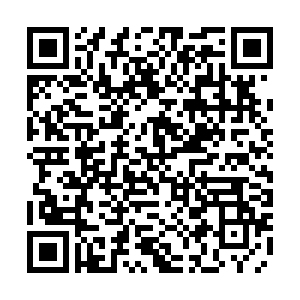 Voters in France are heading to the polls on Sunday to elect a president for the next five years.

Here we take a look at the top candidates, what French voters care about the most, and who's most likely to win. 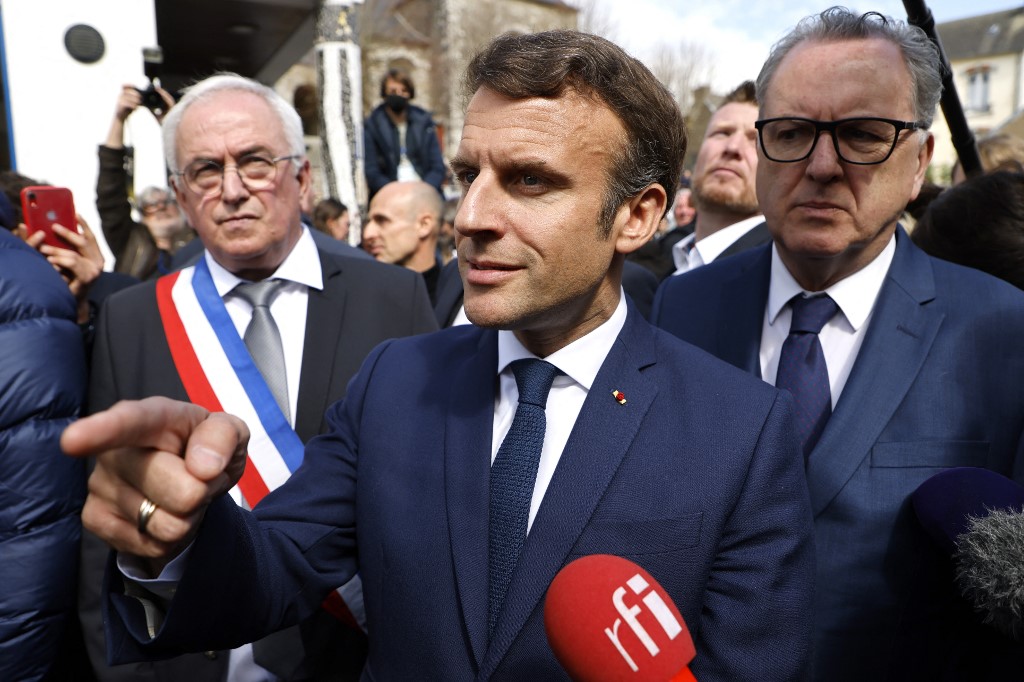 Emmanuel Macron (Republic on The Move)

French President Emmanuel Macron is the election's centrist candidate and frontrunner. In power since 2017 after pledging to radically reform the country's economy, the 44-year-old has lowered taxes and unemployment levels. Now he is convincingly helping steer Europe through the Ukraine conflict.

However, Macron's tenure has been marked by the COVID-19 pandemic, the anti-government 'gilet jaunes' protests, and a failure to push through his controversial flagship pension reforms. Opinion polls have long predicted Macron will win a second term, with support for France's traditional ruling parties the right-wing Republicans and the center-left Socialists having collapsed. However, his competitors are tightening the gap. 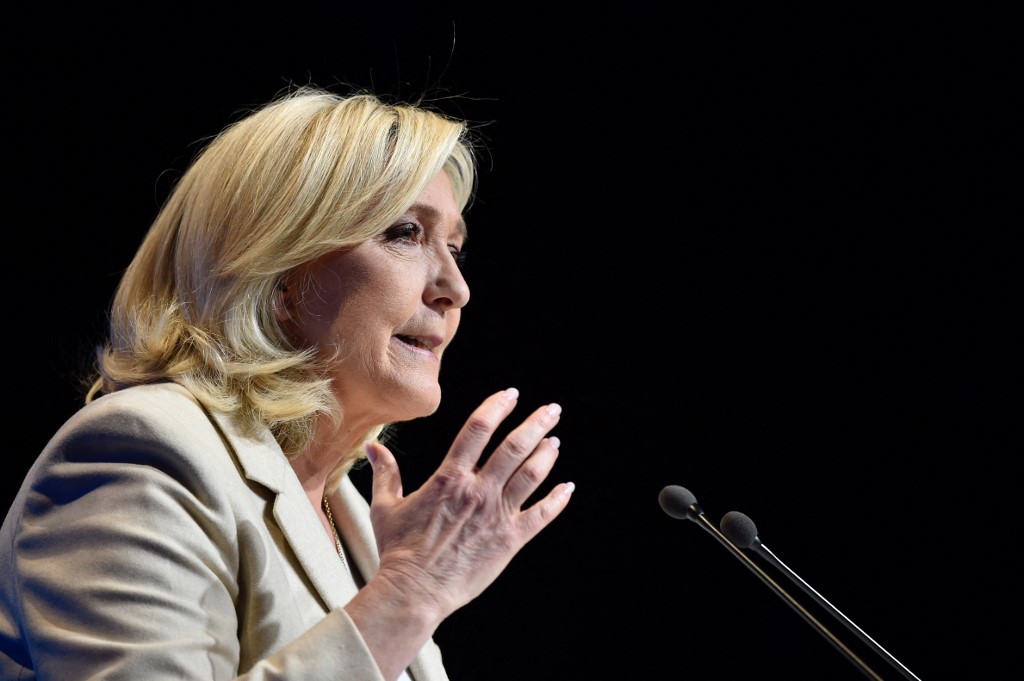 Le Pen, who lost to Macron in 2017, is France's most popular far-right candidate and Macron's closest challenger. Her campaign centers on nationalist, anti-immigration policies, including a ban on the hijab in all public spaces and kicking unemployed foreigners out of France.

However, she has attempted to detoxify her image as a xenophobic, anti-system opponent, stressing instead her credentials as a "defender" of France and how "reasonable" she is. Polls indicate this may be working, as she continues to improve on her pre-first round ratings: as of Tuesday she is at 23 percent to Macron's 27, while polls about a likely second-round run-off against Macron have her only six points behind the president. 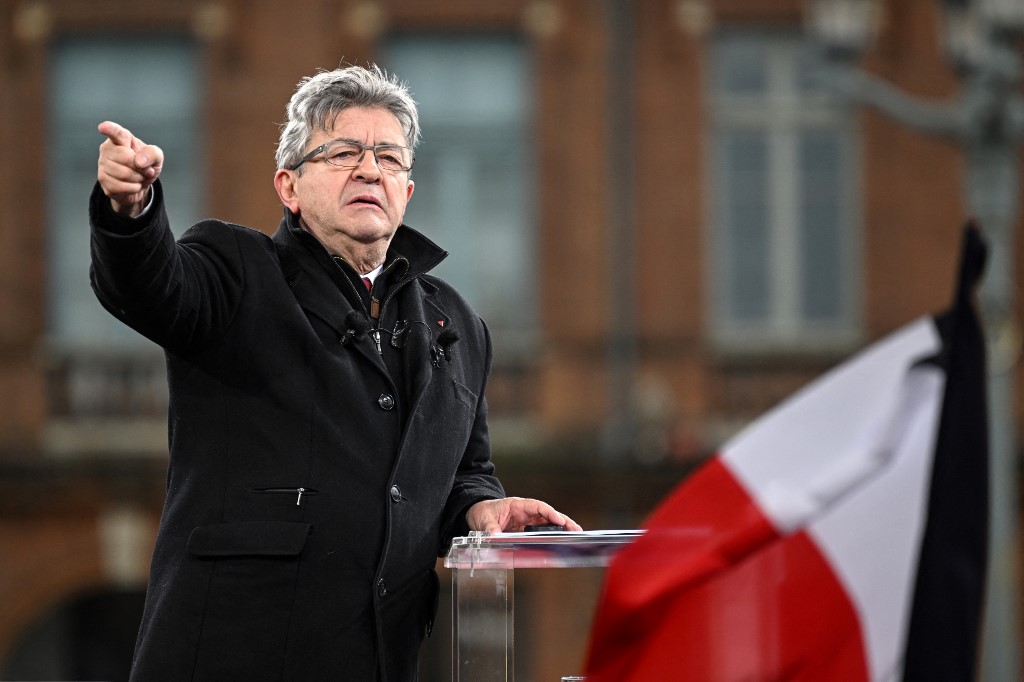 Jean-Luc Melenchon has billed himself as a popular alternative to France's rightward drift. /Lionel Bonaventure/AFP

Jean-Luc Melenchon has billed himself as a popular alternative to France's rightward drift. /Lionel Bonaventure/AFP

Melenchon is the only left-wing candidate to poll among the top five challengers. Currently in third place, five points behind Le Pen, the the 70-year-old has progressively built his candidacy as a popular alternative to France's rightward drift. That includes pledges to freeze prices for gas, petrol and food in the short term and increase France's minimum wage. Tuesday's polls project Melenchon, boosted by how poorly other left and center-left candidates are faring, to win up to 15.5 percent of first-round votes. 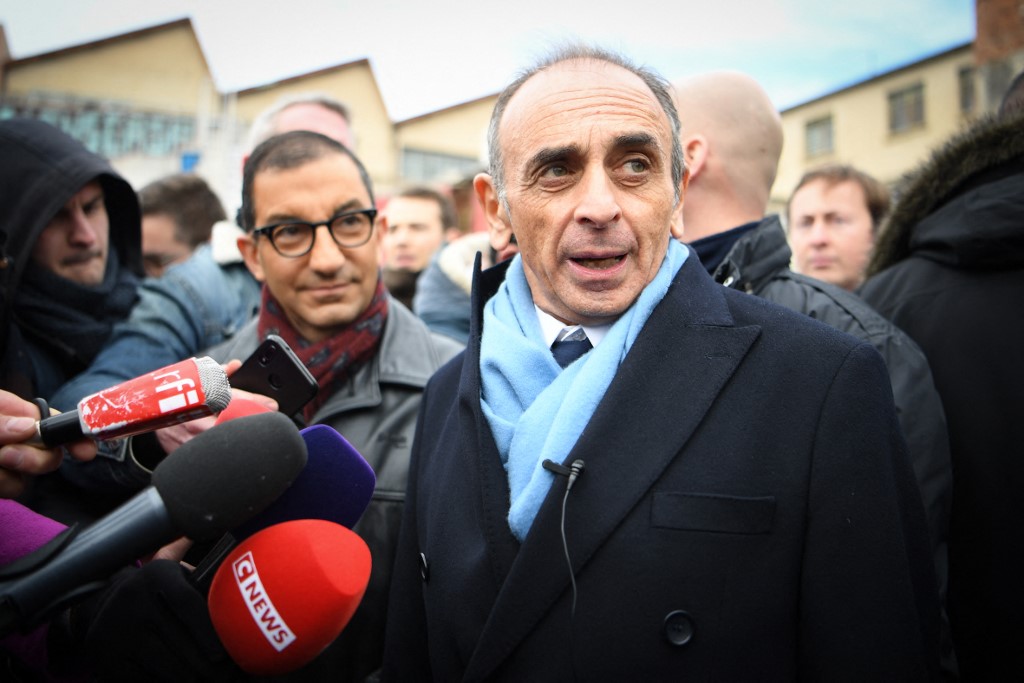 Former journalist and far-right newcomer Eric Zemmour turned the early campaign upside down with his polarizing anti-immigration, anti-Islam discourse. Once seen as a likely second-round candidate – taking a sizeable chunk out of Le Pen's more extreme support base – he has drifted to third or fourth.

The son of Algerian Jews, the 63-year-old firebrand promotes himself as the embodiment of secular France. His policies include France seizing control of its borders from Europe and the popular Muslim name Mohammed being banned for French children. He is currently polling at 10 percent for the first round. 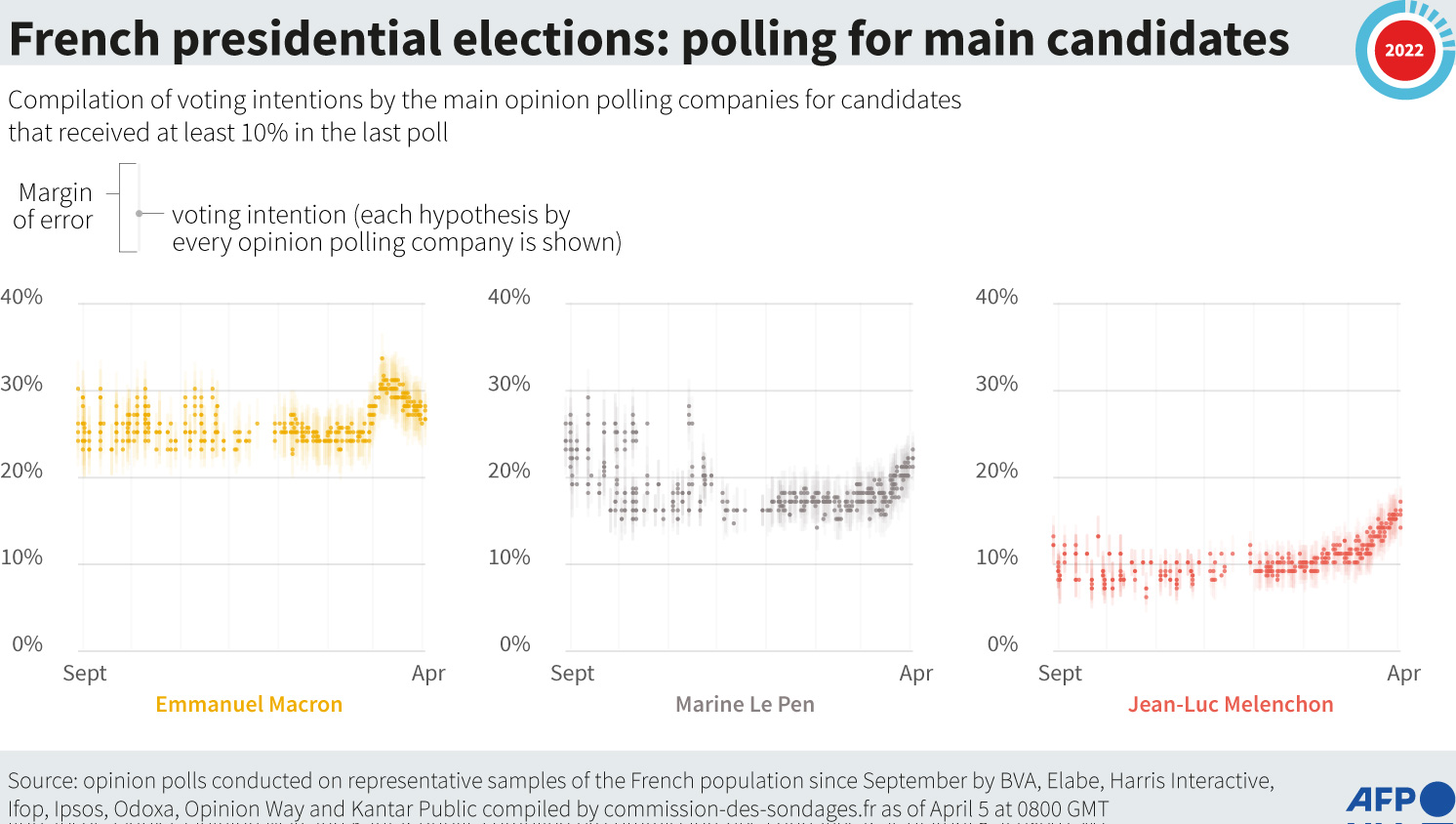 Also in the contest

In total there are 12 candidates, including several senior French politicians who have failed to make serious headway in the campaign. That includes The Republicans' candidate Valerie Pecresse. She is president of the Ile-de-France region, including Paris, and describes herself as "two-thirds Angela Merkel and one-third Margaret Thatcher." A seven-day average sees her at around 9.4 percent in the polls for the first round.

Under the campaign of Anne Hidalgo, Paris' first female mayor, France's biggest center-left party The Socialists has taken a nosedive in the polls, with around a 2 percent average – behind Yannick Jadot of the Greens on 5 percent.

Then there are the candidates that usually fail to poll more than 3 percent in surveys. They include the Communists' Fabien Roussel, Jean Lasalle of Resist!, Nathalie Arthaud from Workers' Struggle, Philippe Poutou of The New Anticapitalist Party, and eurosceptic Nicolas Dupont-Aignan. 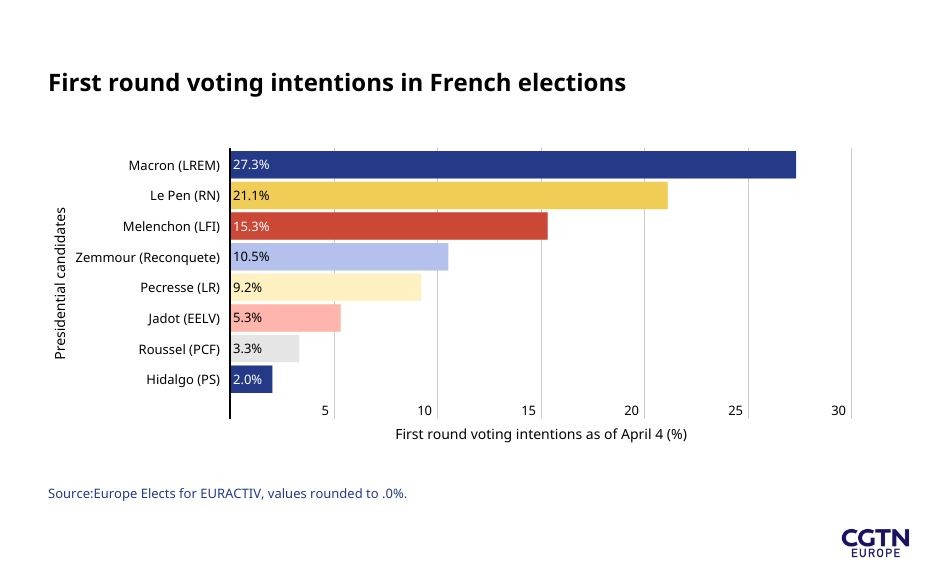 HOW THE ELECTION WORKS

The two rounds of the election will be held 14 days apart. If one candidate wins more than 50 percent of the vote in the first round, on April 10, they will have won the vote outright and become president.

However, as is usually the case, if candidates don't hit the 50 percent mark, there will be a second round of elections. Voters will then be able to choose between the two candidates that received the most votes in the first round. The winner of the contest will formally take power on May 13. 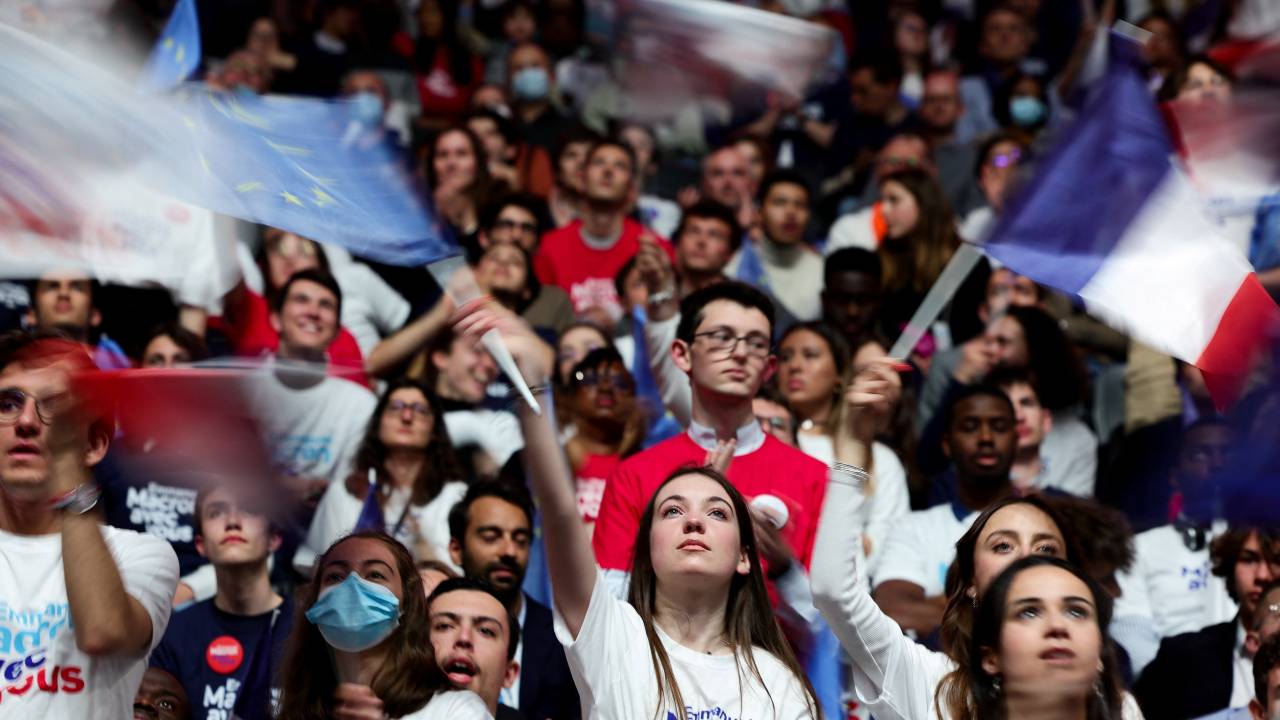 As the Ukraine crisis rages on the EU's doorstep, the election will determine the leader of the bloc's most powerful military force and its second-largest economy amid the conflict's fallout. It's therefore no surprise that Ukraine is now one of the most important issues among the French electorate.

Macron, as the incumbent president and therefore able to meaningfully affect the crisis, has risen in the polls since Russia launched its military campaign, positioning himself as peacemaker between Moscow and Kyiv. He has also pledged to increase France's defense budget by 50 billion euros ($55m) annually, calling for national European armies to be strengthened and follow a "common military doctrine". 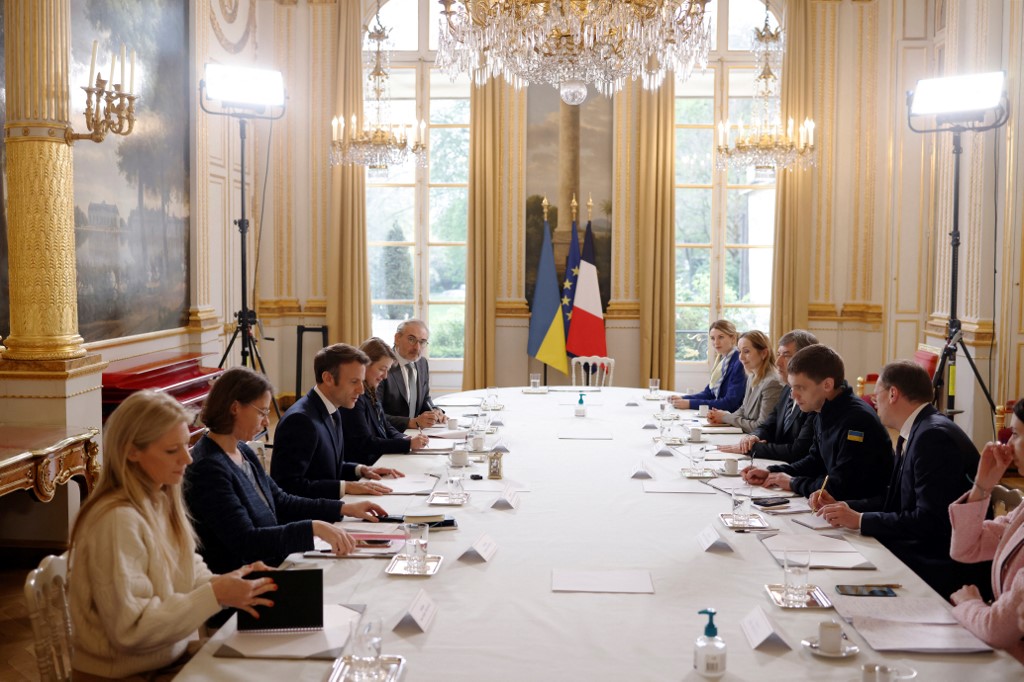 The Ukraine conflict is now the most important issue for the French electorate. /Yoan Valat/POOL/AFP

The Ukraine conflict is now the most important issue for the French electorate. /Yoan Valat/POOL/AFP

In contrast, Le Pen and Zemmour have suffered for their longstanding ties to Putin's government and unwillingness to openly criticize Russia's actions. However, the conflict has raised questions over France's role in NATO, with both far-right challengers and left-winger Melenchon calling for Paris' withdrawal from the alliance's command structures.

Macron, who has previously criticized NATO, wants to launch a "strategic clarification" of the military bloc's role. However, having called for a Russian energy embargo, he has also become the election's most prominent hardliner against Moscow, an important distinction from his competitors for many French voters.

Still, domestic issues – namely the economy – are set to dominate the election. With inflation hitting record highs in Europe, driven by growing energy and food prices, polls show the most important issue for French voters remains purchasing power – the ability to buy goods.

While on a better footing than their European neighbors, France's dramatic decline in real wage growth has hit lower-income households hard, with many struggling to make ends meet. Fuel prices, exacerbated by the Ukraine conflict, are also hitting suburban commuters. 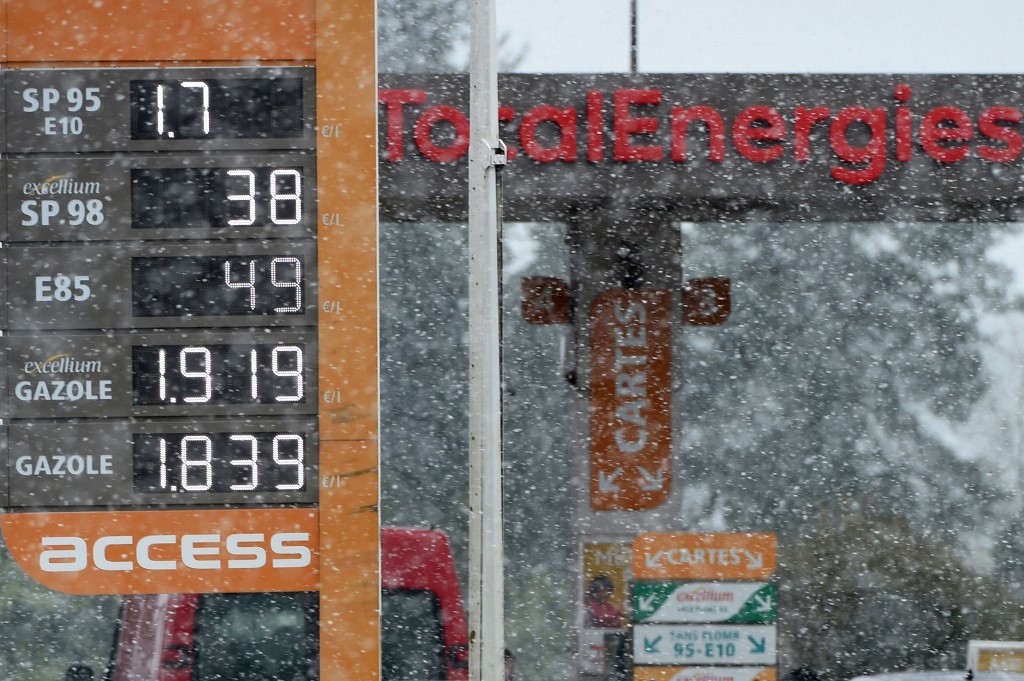 Despite the government's claim that purchasing power has grown twice as quickly under Macron's tenure, polls show voters are unhappy with the president's economic policies; just over 20 percent of people view his track record on purchasing power positively.

Opposition candidates are capitalizing on this discontent, blaming Macron's perceived free-trade and pro-business leanings and proposing their own solutions. Melenchon suggests freezing prices and increasing social measures, while Le Pen and Zemmour are calling to cancel social aid for foreigners to save money.

However, the next president will also face soaring public deficits to tackle the impact of the pandemic, and polls indicate French voters don't think any of Macron's opponents would do better on the economy.

France's far-right candidates have again tried to focus the election debate on immigration, a staple of French elections since the 1980s, calling for a crackdown on asylum seekers and cuts to social allocations to foreigners.

Immigrants represent just 10 percent of France's population, but it remains within the top five issues for the electorate, and is mainly focused around fears of how Muslims fit into French society. This has been compounded by a number of recent terror attacks on French soil.

Zemmour has leaned into this debate hardest, stating that "Islam is not compatible with France," while promising a "zero immigration" policy and to send back 100,000 immigrants a year to Algeria, Tunisia and Morocco. His firebrand approach has in turn made Le Pen look more moderate, pushing Macron to harden his immigration policy and his rhetoric against Muslims. 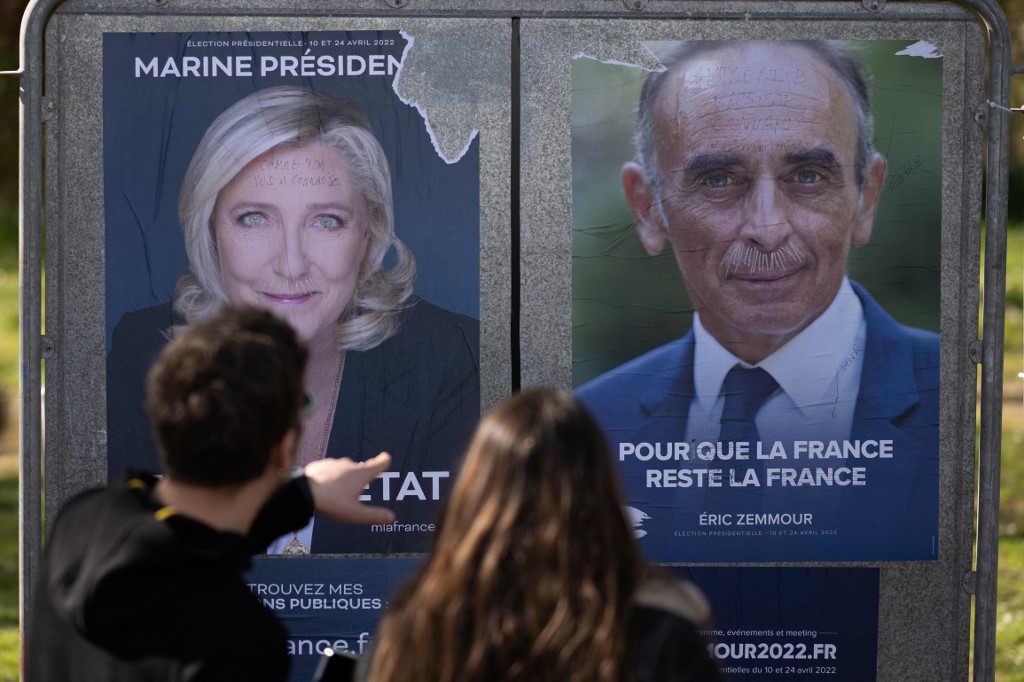 Le Pen and Zeymour have both called for a crackdown on asylum seekers. /Loic Venance/AFP

Le Pen and Zeymour have both called for a crackdown on asylum seekers. /Loic Venance/AFP

However, he has still called the election "a battle between patriotism and Europe, and nationalism," offering himself as the only alternative to the far-right. At the heart of the issue is what has been described as opposing globalist and nationalist camps: one that champions EU free trade and movement, the other that puts French workers first.

Angela Merkel's exit as German chancellor has given France a more prominent role in Europe and cemented Macron's image as an EU poster boy. Among France's deeply divided electorate and amid the Ukraine crisis, this could both be a benefit and a disadvantage.

Up until February, Macron's handling of the COVID-19 pandemic and his introduction of a vaccine pass were a central theme of the election campaign, with both right and left decrying the president's alleged attack on personal liberties.

However, the majority of France's restrictions have been lifted in recent weeks, and with more than 78 percent of France's population vaccinated, opposition candidates have cooled their rhetoric on what they consider to be excessive state intervention. 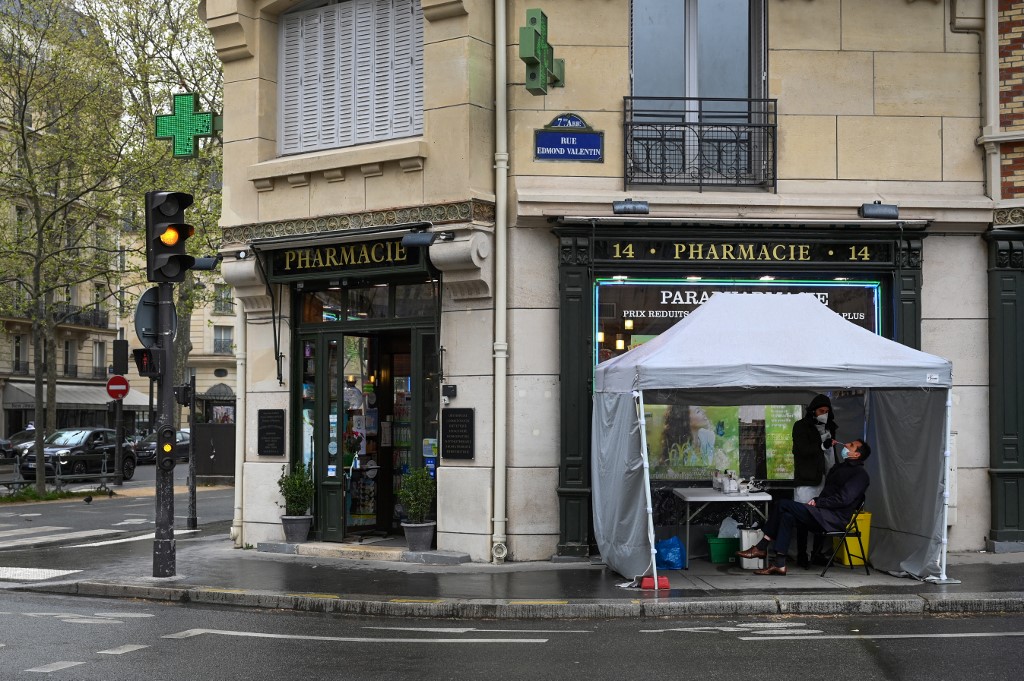 That said, with the pandemic intertwined with key issues like the cost of living and social security – and coronavirus cases growing again – voters still say it is one of the most important topics of the election.

The environment is also still a major concern for the French electorate, with recent polls suggesting it was the third-largest issue for voters. However, this has failed to translate into gains for The Greens' Yannick Jadot.

The last potential game-changer is voter uncertainty, with opinion polls showing many are unsure who they will vote for. Turnout is also set to be much lower than usual, adding more uncertainty to a French election proving to be a tighter race than expected, and with much at stake.