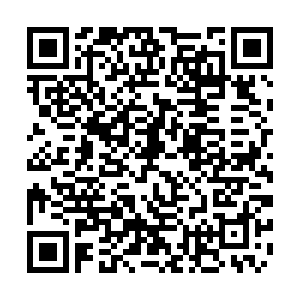 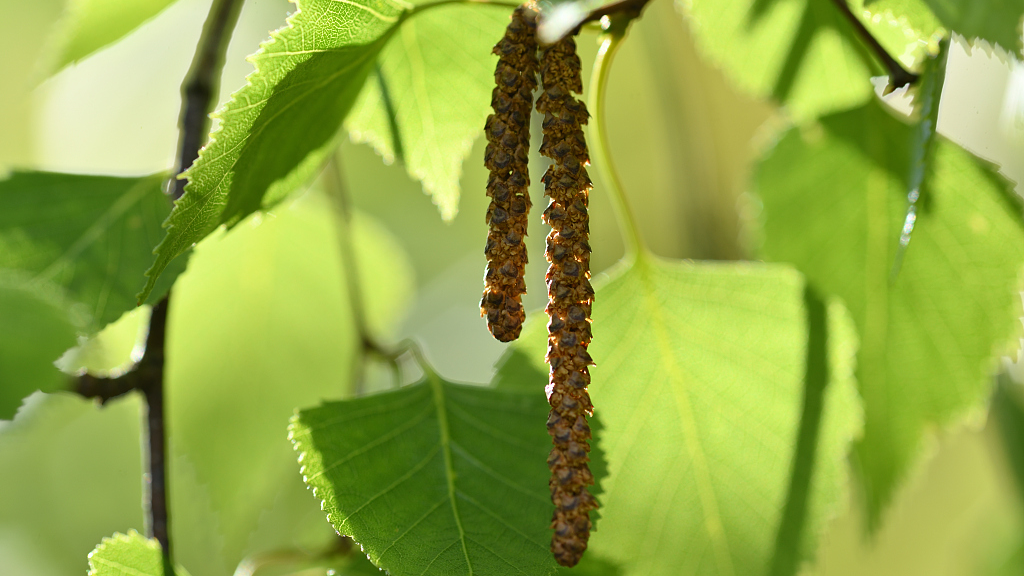 Birch pollen, a major cause of allergic rhinitis and hay fever, is on the rise in Europe.

Recent forecasts from the Copernicus Atmosphere Monitoring Service (CAMS) have been showing that there are fast growing levels of birch pollen in many parts of the continent, including northern Italy, Switzerland and southern Germany. Such high pollen concentrations are combining with other irritants in the atmosphere, such as nitrogen dioxide, which is also on the rise, to create atmospheric conditions that may exacerbate symptoms for allergy sufferers.

This island had 20,000 earthquakes in a month

Why is birch pollen on the rise?

High and early levels of birch pollen are linked to recent hot and dry conditions across Europe, which caused the early seasonal release of pollen from the trees.

The changing climate is influencing how early pollen seasons start and how long they last. Studies show that levels of birch pollen have risen in recent decades, and the period of exposure has increased due to changes in the climate, with birch pollen sensitization increasing as a result.

Despite this, variability in the pollen season from year to year means it is problematic to pinpoint exactly the role climate change is playing.

The high pollen levels being observed in many ares of the continent are also being exacerbated by high surface air pollution from other sources.

There has also been a rise in levels of nitrogen dioxide in the atmosphere due to relatively stable weather conditions in recent weeks and particulate matter from the Saharan dust episode, which has been traveling north through the Iberian Peninsula and across Europe, according to CAMS monitoring. 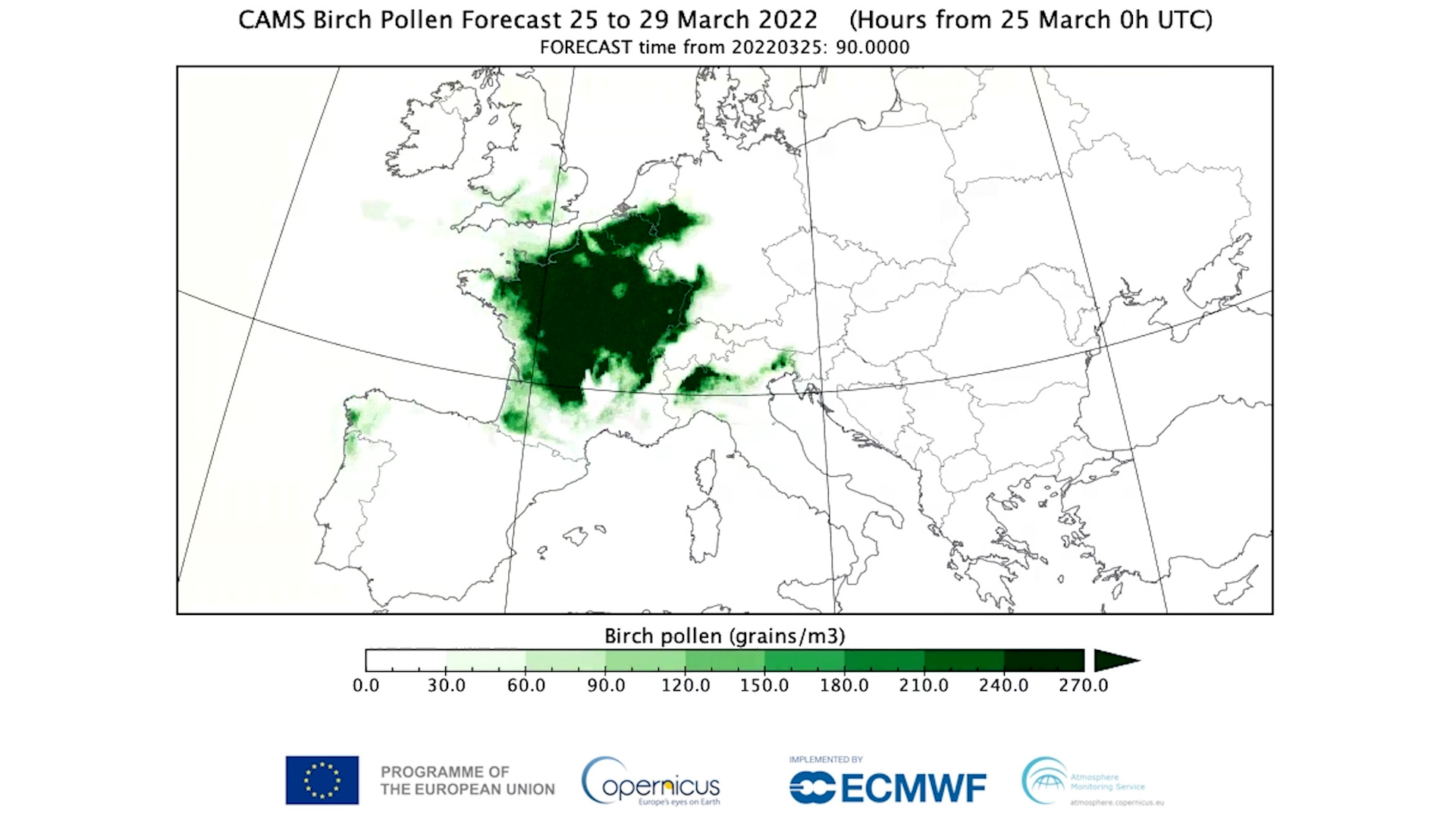 This map shows Birch pollen levels when they were at their highest in Europe between 25 and 29 March. /Copernicus Atmosphere Monitoring Service (CAMS)

This map shows Birch pollen levels when they were at their highest in Europe between 25 and 29 March. /Copernicus Atmosphere Monitoring Service (CAMS)

What is the impact on human health?

Such poor air quality can have a major negative impact on human health. Exposure to air pollution can result in type 2 diabetes, obesity, systemic inflammation, Alzheimer's disease and dementia, according to the World Health Organization (WHO).

Air pollution has also been pinned as a leading cause of cancer by the International Agency for Research on Cancer, especially PM2.5 or particulate matter with diameters of 2.5 micrometers or smaller.