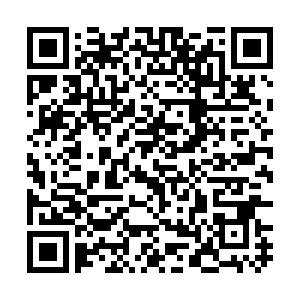 Almost half a million people have already fled Ukraine following Russia's invasion last Thursday. Among these were the many foreign citizens who until then were studying, working and living in the country now under attack.

But at the Polish border, where officials quickly mobilized to process over 300,000 of those fleeing, Indian and African students have reported being singled out over Ukrainians and being prevented from crossing into safety. 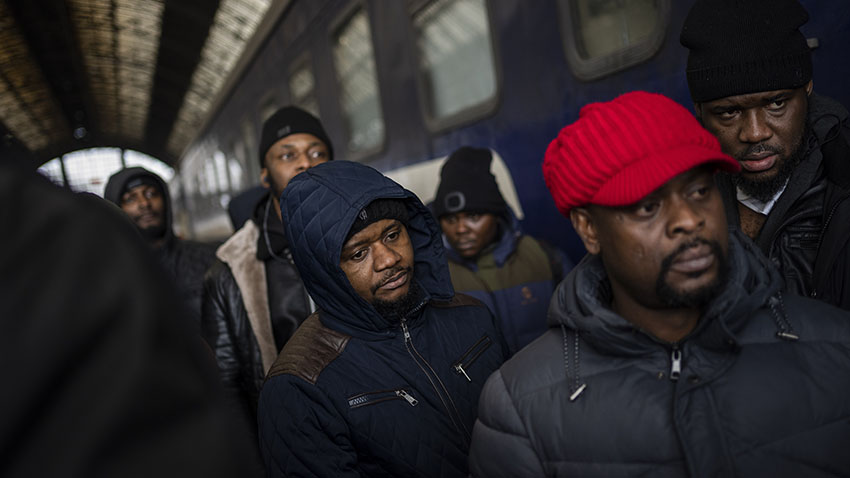 What's happening at the border?

The reports of unfair treatment and discriminatory behavior in the processing of Indian and African citizens at the Ukraine-Russian border have been many.

Several stranded students have shared videos and testimonies on social media showing how they were allegedly discriminated against at train stations and border posts, being prevented from boarding trains and buses and being held back while priority is given to Ukrainian nationals.

Nigerian authorities say that there have been cases of Nigerians being stopped at the border by Polish officials and refused entry to the country. South African foreign ministry spokesman Clayson Monyela tweeted that a group of South Africans, mostly students, was also stuck at the border.

Some of the students who made it across the border, like Congolese student Prence Angale, said crossing the border was harder than the journey to get there.

"When we were leaving Ukraine, all was fine, but when we arrived at the (Polish) border, there was a bit of jostling, and we were being shoved back and all that, but things went well, we managed, thank God," said Angale talking to AFP.

India has already evacuated hundreds of students on special flights since the invasion started, but thousands remain stranded in Kyiv and Kharkiv.

They are now hoping their government will arrange to get them out of the country as soon as possible.

Several students who made it to the border with Poland tell of being harassed and brutalized by Ukrainian police.

Cases of racial injustice related to the wave of refugees from Ukraine are being shared through social media, with the hashtag #AfricansinUkraine being used on Twitter.

Is this a problem for students only?

The reports involve more than just students - but students account for a big part of Africans and Indians in Ukraine. There are about 76,000 foreign students studying in Ukraine, a quarter of whom are Indian, mainly enrolled in medical courses.

According to Ukraine's education ministry, Morocco, Nigeria, and Egypt are among the top 10 countries with foreign students in Ukraine. These three countries together send over 16,000 students to the Eastern European country, which is a cheaper alternative to universities in Western Europe or the U.S.

What are home countries doing about it?

African Union (AU) leaders have denounced the reports of mistreatment of Africans trying to flee Ukraine as "shockingly racist" and "in breach of international law."

Ghana's government said it would meet parents of students stuck in Ukraine on Tuesday and sent embassy officials to border points to help.

Kenya's authorities said 200 Kenyans already made it to safety, while a few are still stuck at the border.

DR Congo's Foreign Minister Christophe Lutundula said on Twitter that he would meet with the Polish ambassador to help 200 Congolese, mostly students, cross the border. Ivory Coast and Nigeria are making similar arrangements.

India's Prime Minister Narendra Modi said on Monday he plans to send four senior ministers to Ukraine's neighboring countries to help in the rescue of some 16,000 Indians still in the country, most of whom are students. 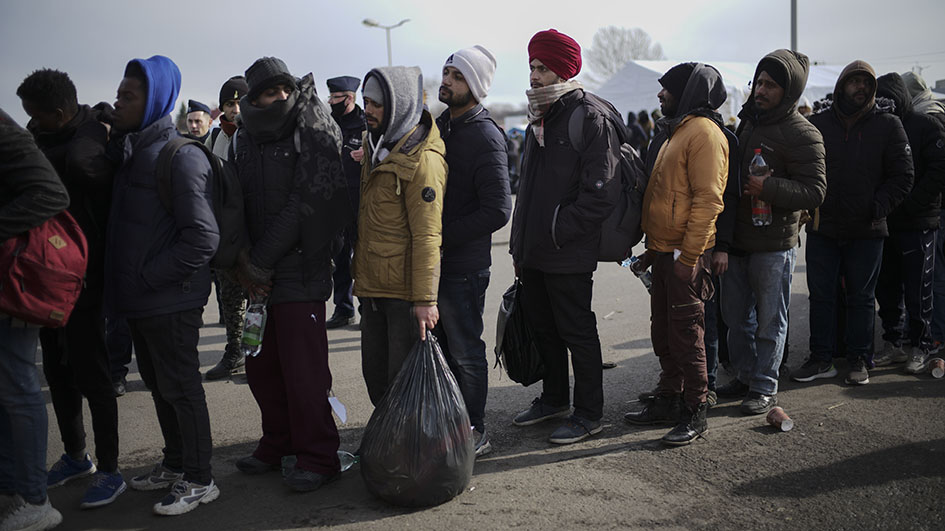 Refugees wait in a line to enter a bus after fleeing from Ukraine, near the border crossing in Medyka, Poland. /AP Photo/Markus Schreiber

Refugees wait in a line to enter a bus after fleeing from Ukraine, near the border crossing in Medyka, Poland. /AP Photo/Markus Schreiber

Poland ambassador to Nigeria Joanna Tarnawska dismissed the claim of unfair treatment of African citizens at the border, telling local media that "everybody receives equal treatment," and she had reports that "some Nigerian nationals have crossed the border into Poland."

She added that African citizens were being allowed entry even with invalid passports and that they are allowed to remain in the country for 15 days.

But even the African students who made it across the Polish borders say that they were made to wait while priority was given to Ukrainian women and children.

The Nigerian embassy in Bucharest, Romania, said it had received 130 Nigerians from Ukraine, with more being processed having reached Warsaw or Budapest.

The Polish government has condemned the reports as "fake news."

Part of a bigger problem: racism in the media

Media coverage of Russia's invasion has also been accused of being racist towards people from the Middle East, promoting a double standard that doesn't see wars in the region as disgraceful as when they happen on Western soil.

The inflammatory words of CBS News correspondent Charlie D'Agata are the most crucial example of this behavior. Live on CBS News, D'Agata expressed his shock about the explosion of a war in Europe by saying: "This isn't a place - with all due respect, you know - like Iraq or Afghanistan that has seen conflict raging for decades." 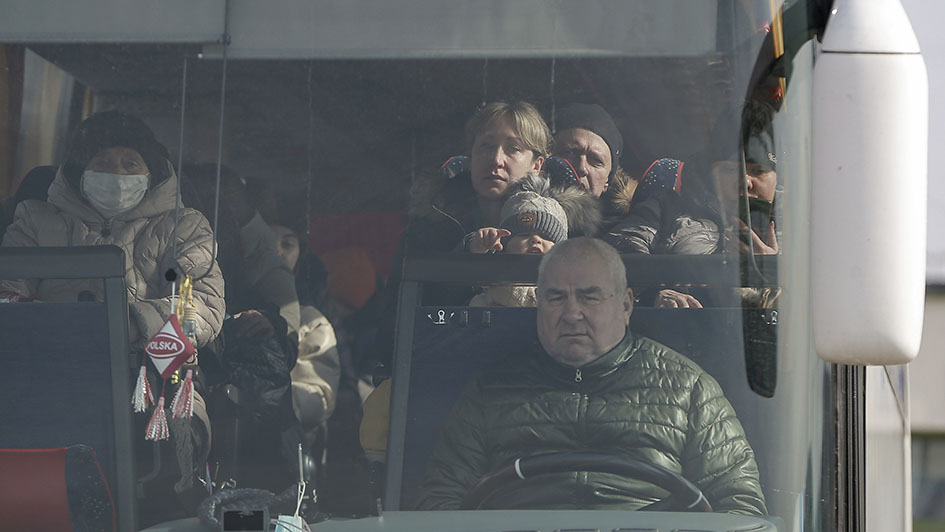 Refugees from Ukraine sit on a bus after crossing into Poland at the Medyka crossing. /AP Photo/Visar Kryeziu

Refugees from Ukraine sit on a bus after crossing into Poland at the Medyka crossing. /AP Photo/Visar Kryeziu

D'Agata added that the war was all the more appalling as it's happening in "a relatively civilized, relatively European - I have to choose those words carefully too - city where you wouldn't expect that or hope it is going to happen."

He apologized a day later for what he described as "his poor choice of words."

And it's not only a problem limited to Western media. Qatari's Al Jazeera English also commented on the flow of Ukrainian refugees fleeing the country saying: "These are not, obviously, refugees trying to get away from areas in the Middle East that are still in a big state of war.

"They look like any European family that you would live next door to."

Al Jazeera later apologized for the "insensitive and irresponsible" remarks.