Download
Kyiv kindness has shown 'how valuable life is'
CGTN 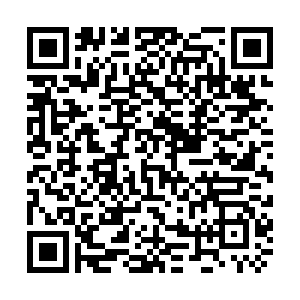 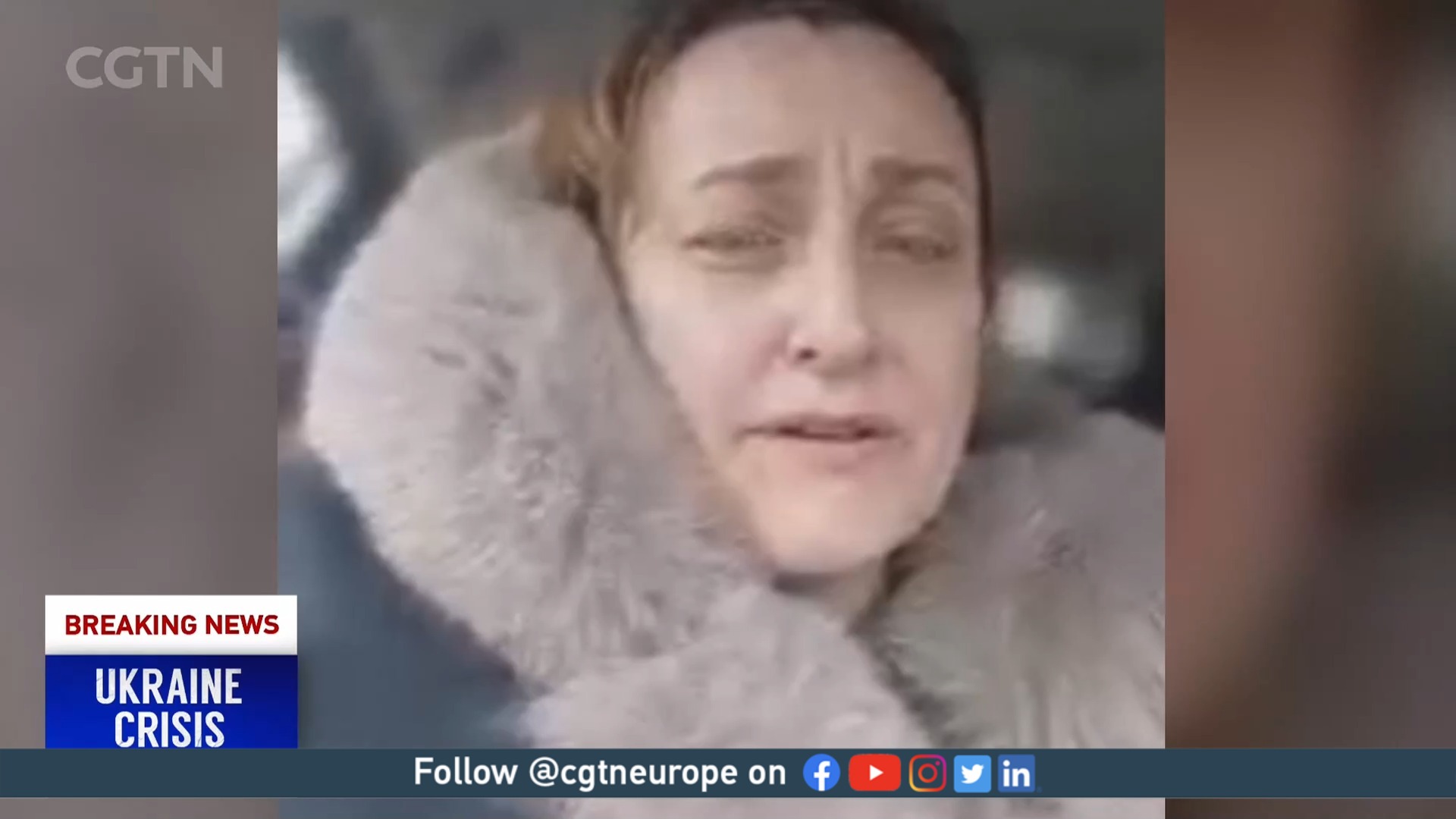 An international security expert has told CGTN Europe how the kindness of strangers is helping her stay strong as she flees the embattled city of Kyiv by road.

Lada Roslycky said her experience has brought into sharp focus "how valuable life is."

Heading for a safer part of Ukraine, Roslycky admitted she might end up leaving the country entirely – an option not possible for the Ukrainian friends with whom she is sharing her journey.

Speaking to CGTN's Robyn Dwyer, Roslycky said she had made basic preliminary preparations for life on the road, ahead of this week's sudden escalation of hostilities between Ukraine and bordering Russia.

"We have been preparing. We were collecting water, because we need five liters of water per day per person. I knew where my bear spray was and where my flashlights were.

"When the moment came, it was crazy because it was like immediately 'just throw it in your bag and run.' You put your entire life into a rucksack. It's terrifying, and you understand how valuable life is and how little we actually need."

Roslycky said the Ukrainian people were showing great spirit and togetherness amid the ongoing crisis.

"The stories are just amazing. It's almost heartbreaking to see how kind and smiling everybody is; cooperating because we know we love our country and we love our people," she said.

Her hopes are simple. "A little bit of sleep and food, to get my wits together, observe what is happening, and remain safe."

She added: "Worst case scenario we leave, we run. For me, it's not that bad because I'm North American, but for my friends in the car, their whole life is torn apart." 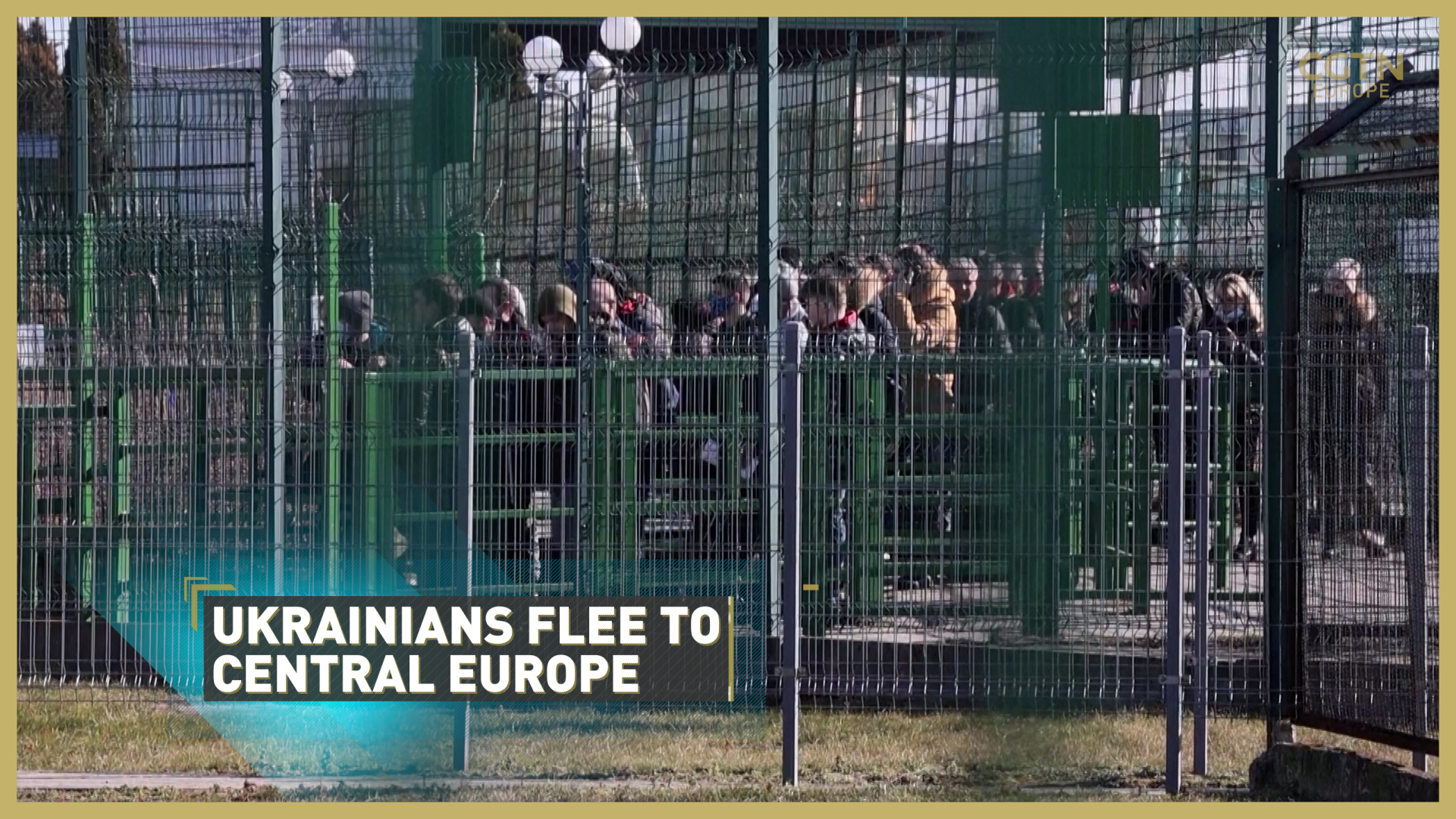 Hundreds of thousands of Ukrainians are expected to make the journey into central Europe in the coming days — mostly crossing into Ukraine's neighbors Hungary, Poland and Slovakia.

Families and young children arrived in Hungary on Friday after a grueling night, carrying small suitcases packed in haste amid Russian shelling.

Twenty-year-old student Nastya, fled the city of Kharkiv when she heard the first Russian planes flying overhead on Thursday.

Another Ukrainian, called Melinda, told CGTN Europe: "I can't believe that this can happen in the 21st century. We never thought that war would happen again in this region - we're used to seeing it only in far-away places like Iraq."

A few miles north of this crossing, Hungarian troops are stationed to provide assistance and border control. There are now makeshift centers at crossings all along the European Union's eastern border with Ukraine. The Hungarian government says it is ready to welcome refugees, and will be providing humanitarian aid to Ukraine.

The United Nations has warned that Europe could see as many as 5 million refugees fleeing Ukraine as a result of Russian military activity.

Poland is likely to see the highest numbers. The country is already home to around a million Ukrainians.

The journey to Europe is complex. In Ukraine, traffic has stretched to more than 10 kilometers in one border crossing with Poland with thousands trying to escape the fighting.

Men between the ages of 18-60 are forbidden to leave, as the country prepares a full military mobilization.

Across the border, these families have been forced to leave their homes, jobs and schools — not knowing when and if they will be able to return.