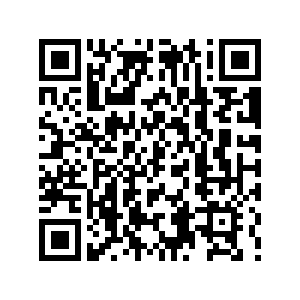 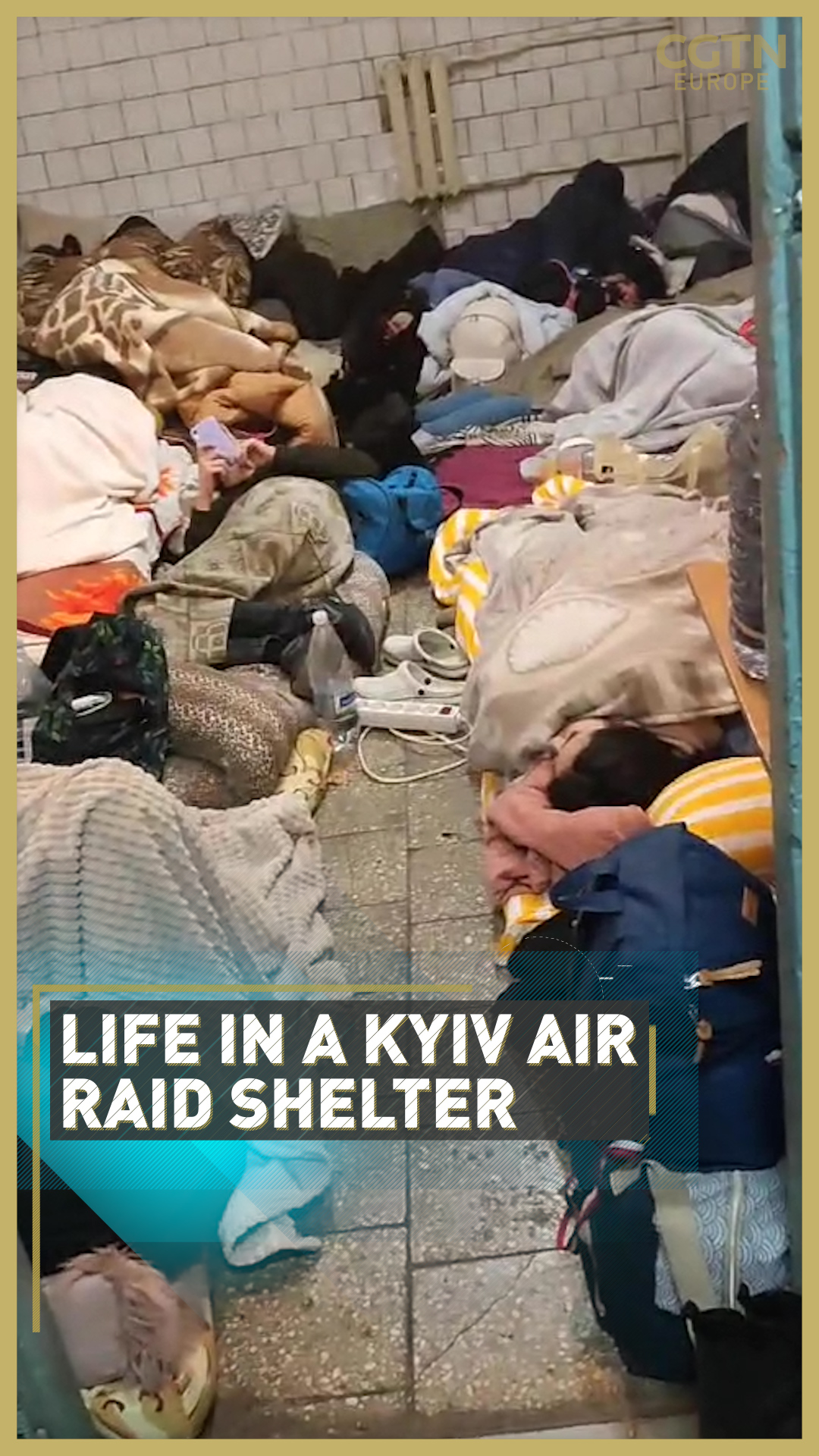 One of the thousands of Ukrainian residents uprooted by the country's ongoing conflict has given CGTN his first-hand account of living in a makeshift air-raid shelter.

Chinese student Han Yuekun is bedding down at night in the basement of a dormitory at Kyiv's Ukrainian Grier Academy of Music, where he studies.

Yuekun sent CGTN a series of videos filmed on his phone, showing Ukrainian and Chinese students taking refuge amid cramped conditions. The 50 or so shelter 'residents' moved into the basement after this week's hostilities between Ukraine and Russia broke out.

"It's like a refugee camp in a movie," he said while surveying the scene.

Yuekun's footage shows people lying close together on a tiled floor, in a windowless room, with rudimentary bedding, alongside the suitcases and backpacks they grabbed before fleeing their homes.

The student showed off his own provisions – some limited food supplies and a solitary toilet roll.

"There are sausages, some cakes and also Chinese instant noodles but I haven't seen the Ukrainian students preparing food," he said.

Many other Kyiv residents are using underground metro stations and other makeshift shelters for sanctuary.