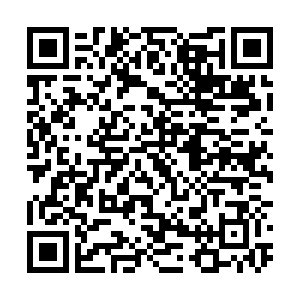 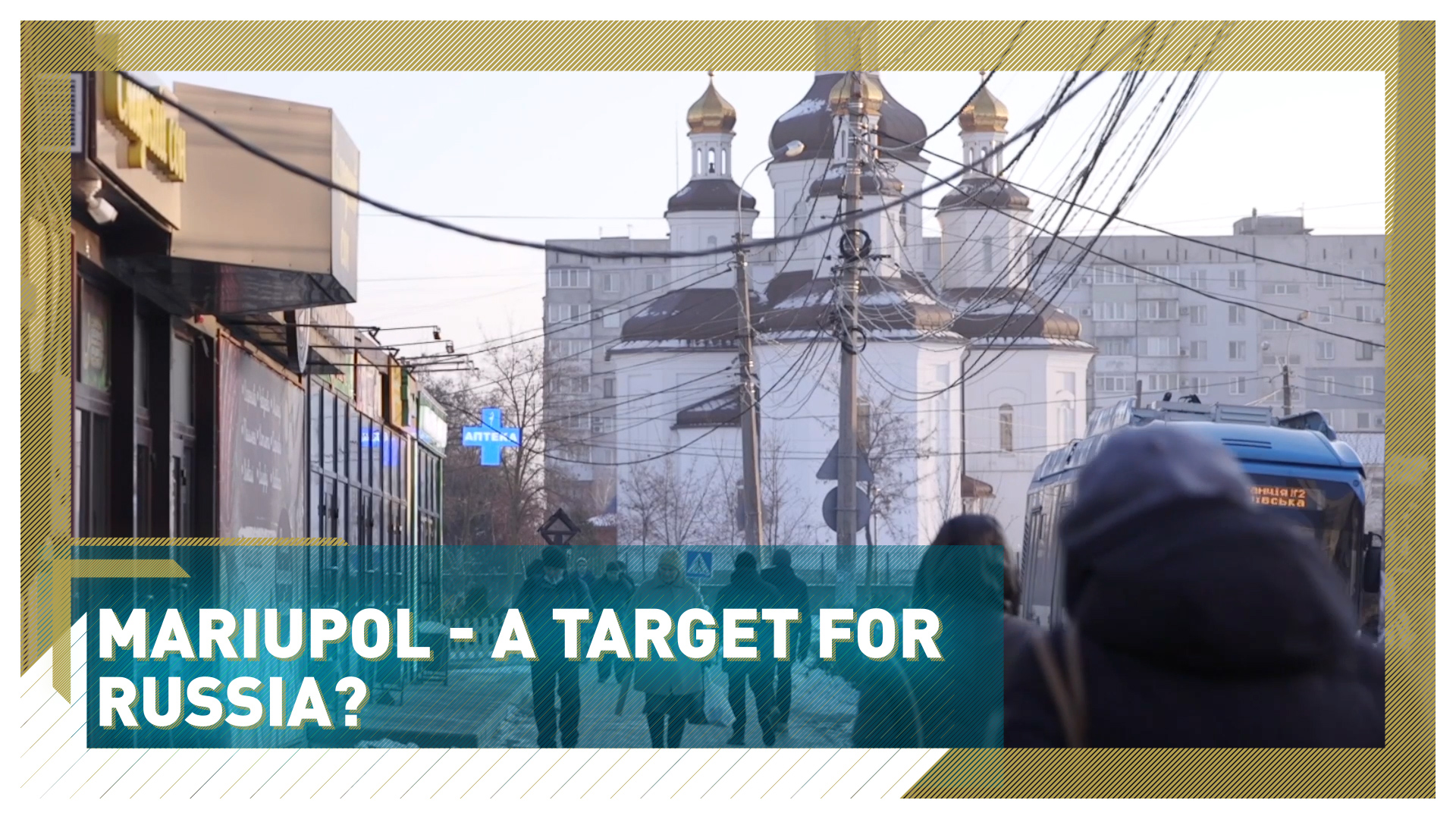 Mariupol's history museum has two large rooms dedicated to the years that the Ukrainian city was under Soviet control.

Located on the north shore of the Azov sea, Moscow developed Mariupol into a booming center for heavy industry with an active port.

Roughly half of the population in Mariupol are of Russian descent and it has remained the main language years after Ukraine's independence in 1991.

Statues of famous Russian poets and artists can be found in the city's wide parks while beautiful old soviet mosaics continue to attract tourists.

Another exhibition at the city's museum shows the prices it has paid to keep the past in the past.

"For Mariupol, everything started on May 9, 2014," Anna from Mariupol's history museum tells CGTN. She was referring to the night fighting between Ukrainian armed forces and pro-Russian separatists began near the city's main police headquarters.

"Fighting started and all the state flags disappeared from the city," she recalls. "No one knew who was in power. It was surreal."

In the end, the city fell into the control of the Donetsk People's Republic separatist forces. And the burned-out, bullet-scarred shell of that former police station remains today as a reminder of that battle for control.

Mariupol has previously been the site of clashes between Russia and Ukraine. /CGTN

Mariupol has previously been the site of clashes between Russia and Ukraine. /CGTN

While Mariupol was soon recaptured by the Ukrainian armed forces, support for the pro-Russian separatists continued.

"In my personal opinion, those sentiments did not go anywhere," admits Anna. "Maybe the number of them has reduced, but still they are here."

With Russia's recent massing of over 100,000 troops along three borders with Ukraine, the threat of a fresh Russian invasion have many in Mariupol very concerned. The city would be a strategic target for Moscow, says resident Valentyna Vostochny.

"Probably (Russia will come) and that's a common opinion here. It is just to cut off this part of Ukraine, all the way to Odessa, the way to the Black Sea, and to Crimea."

The capture of Mariupol, close to territory controlled by pro-Russian separatists, would allow Russian forces to push forward along the north coast of the Azov sea, providing Moscow with a land corridor to Crimea, which it took control of in 2014.

"They already took the Crimea. Maybe they need something more," Vostochny shrugs. She is well aware of the potential of another attack. On January 24, 2015, rockets were fired on her community. At least 29 of her neighbors were killed and dozens more injured. 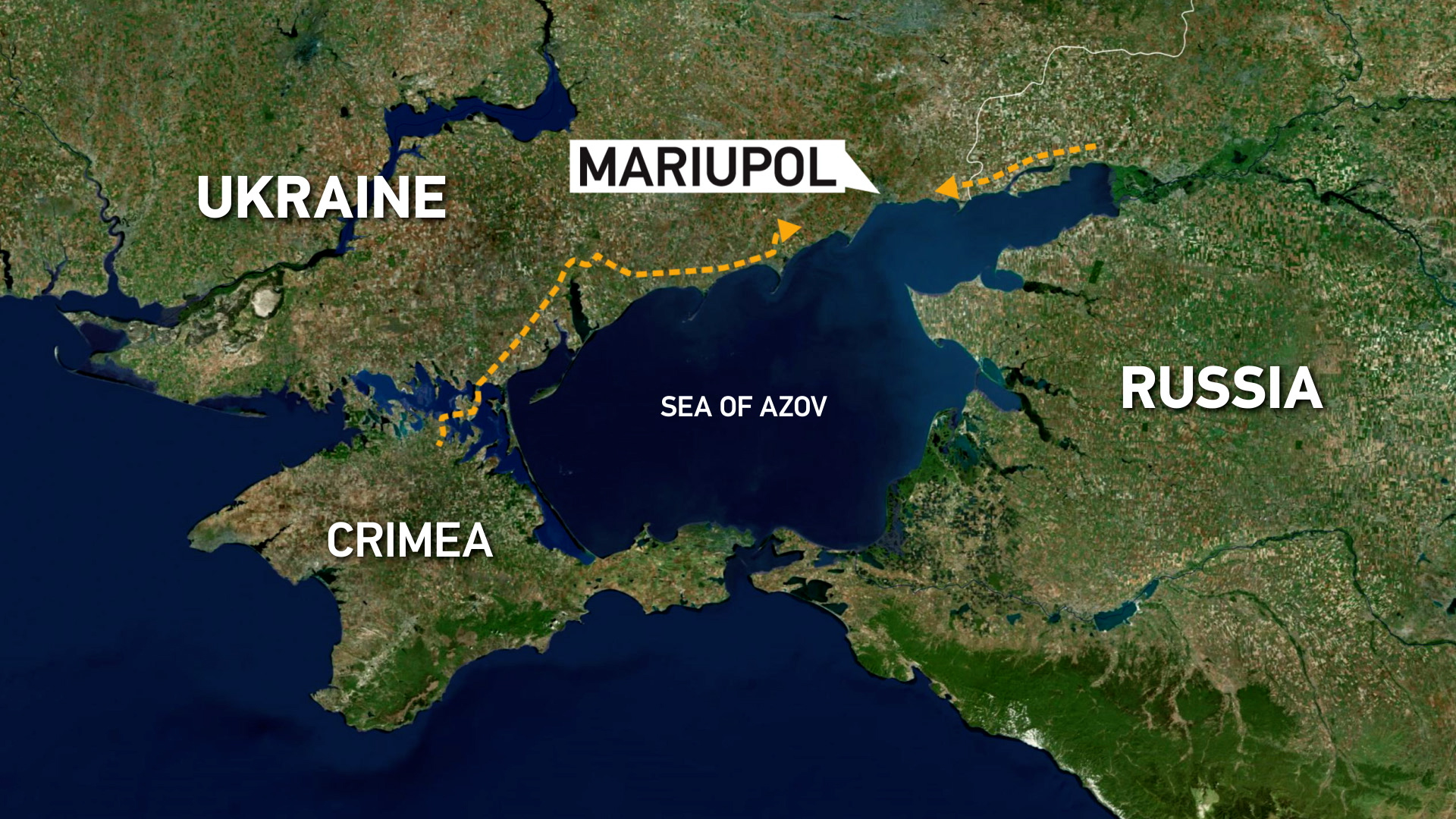 An investigation by the Organisation for Security and Cooperation in Europe reported that the rockets came from positions controlled by pro-Russian separatist, hurting what support they had in government-controlled Mariupol.

Spray-painted words on the sides of buildings here point residents to the nearest basement in the event of another attack. Since the start of the war in 2014, many international organizations and NGOs have moved into Mariupol, pumping money into the city, which has helped improve living standards for many.

People here compare this to the living conditions and economic stagnation found in pro-Russian controlled areas, which has adversely affected nostalgia and support for Moscow. The battle scars are still visible throughout the city, including a mural of six-year-old Milana Abdurashytova.

Shelling in 2015 made her an orphan and also took her leg, reminding this divided city of the true cost this war has had on all, regardless of loyalties.