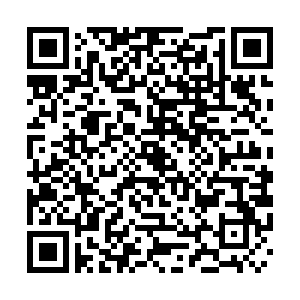 Scrambling along snow-covered ground and dressed in military fatigues, Ukrainian civilians are training near Kyiv as the threat of a Russian invasion looms.

"If I don't defend my country, who will? I decided that I didn't want to explain to my child that when there was a war, I was not there to defend my country. That's the main reason," Aston, a volunteer, told CGTN Europe.

The training session is one of many across Ukraine organized by the country's military, an acknowledgment that Ukraine's conventional forces would not be enough to resist a Russian invasion.

Ukraine has a history of using civilian troops in battle. In 2014, volunteer brigades fought against Russia-backed separatists in the east, propping up the wavering conventional forces.

Those units were formalized into Ukraine's military, as the Territorial Defense Force.

Russia has consistently denied any intention to invade Ukraine. Prompted by the crisis, Moscow has issued a series of demands to Western powers, including guarantees that the NATO military alliance will not expand eastwards.

Diplomatic efforts are ongoing, with Russia's Foreign Minister Sergei Lavrov stating Tuesday that he welcomed the U.S. involvement in talks.

Washington has warned Moscow not to invade Ukraine and urged both countries to return to a set of agreements designed to end the war in the eastern region.