Download
Beijing Winter Olympics: What are the chimneys at the Big Air venue?
Giulia Carbonaro 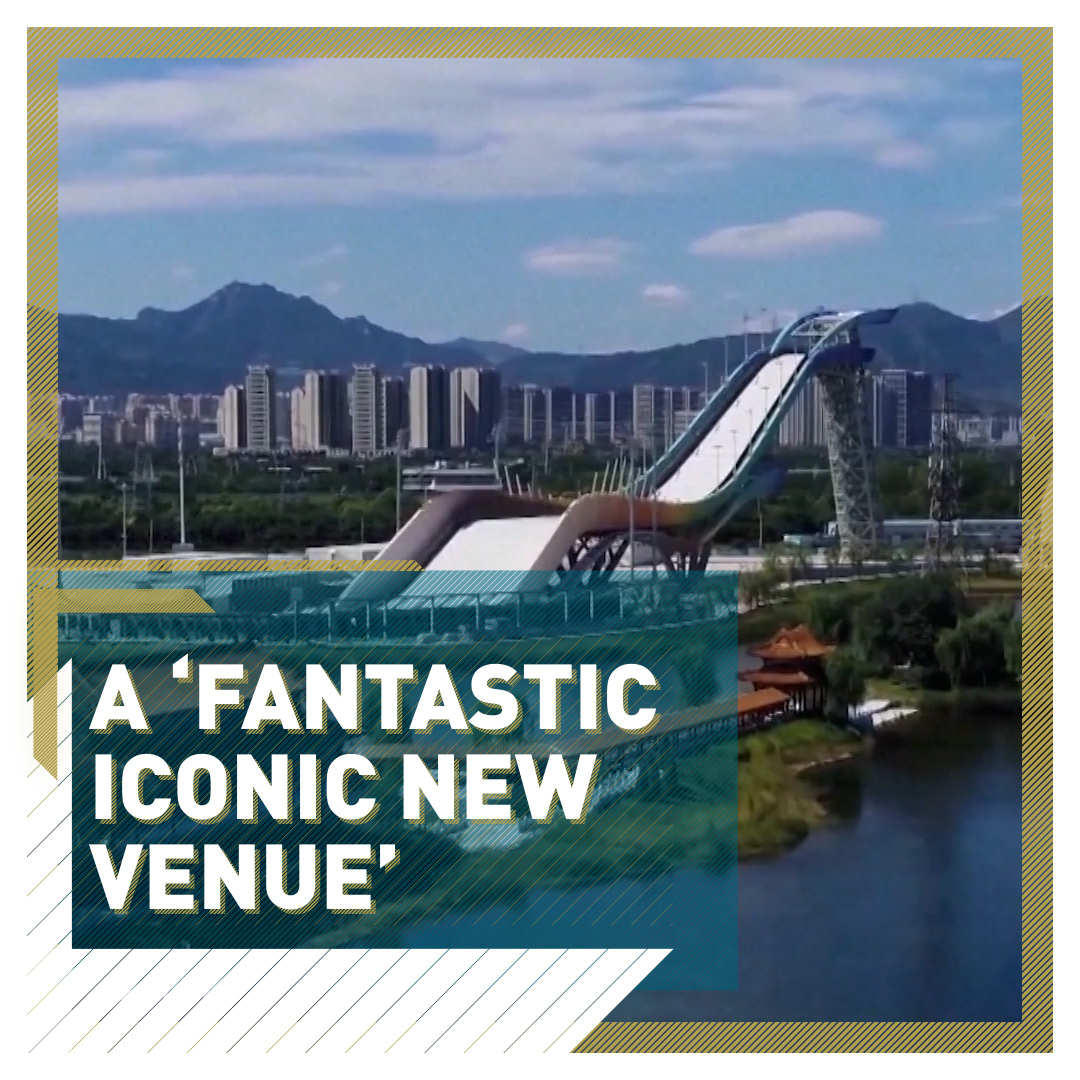 In the midst of gravity-defying jumps and record-breaking performances by the athletes at this year's Beijing Olympics, something unusual is catching the eye of those following the Winter Games on TV: what are those factory-like towers in the background?

Beijing's Big Air Shougang Olympic venue is not in the usual alpine setting fans of the games are familiar with. Fundamentally, that's because the park is set in China's capital city, Beijing. 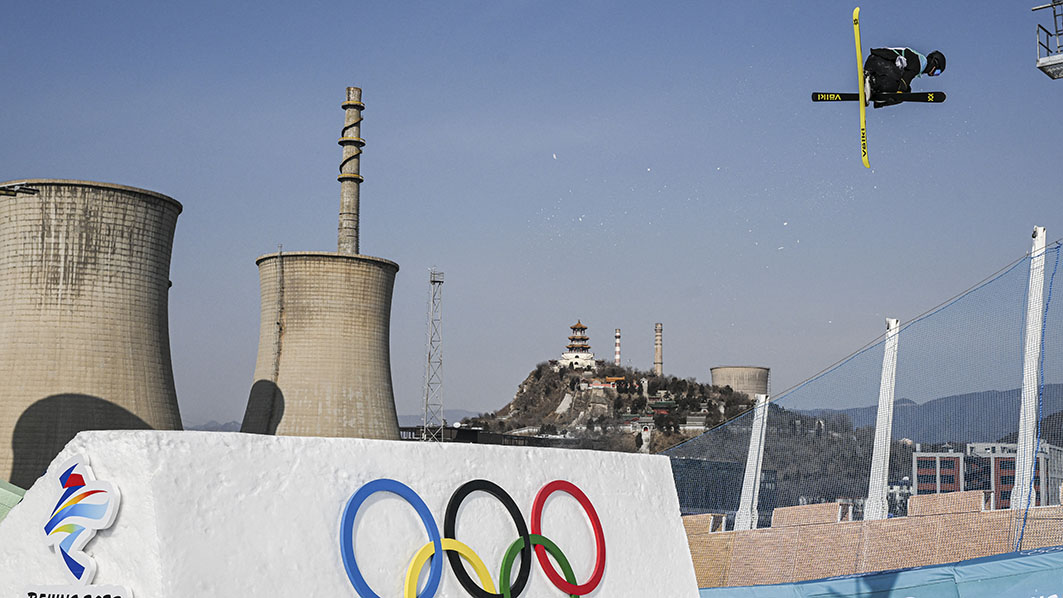 The country has made an extraordinary and innovative effort to bring enough artificial snow to the capital to be able to host the games, and that hard work has paid off.

Beijing has managed to integrate the new Olympics venues in the anatomy of the city, sometimes making decisions that some on social media have questioned. None more so than the Big Air jump park, which despite claims to the contrary, is built on the site of an old steel mill.

The two furnaces looming in the background of the competitions have been described as dystopian, surreal and even as a "hellscape" by people on the internet, with many taking to Twitter to mock the odd location.

"The Big Air stadium at the Olympics seems to be right next to the Springfield Nuclear Power Plant," tweeted @jlove1982. 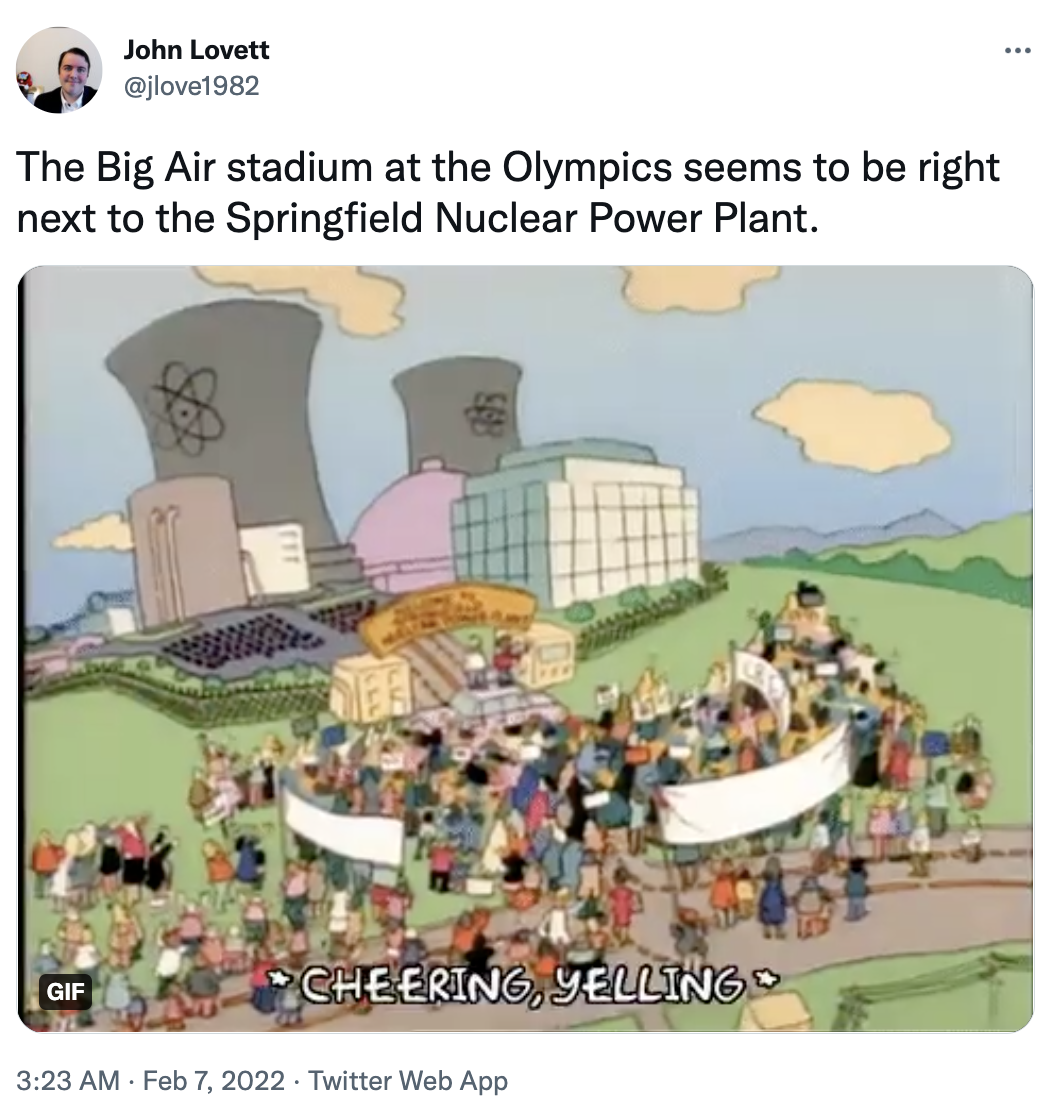 On February 8, according to CCTV, American entrepreneur Mark Andersen posted a picture of the Shougang ski jump on his social media account, saying, "this picture makes me angry, we should also build a nuclear reactor next to the ski resort."

Two days later, the spokesman of the Beijing Winter Olympic Organizing Committee, Zhao Weidong, responded at the regular news conference, saying: "We also noticed an article on social media that described the cooling tower of a steel company as a nuclear facility, which is simply absurd.

"I also noticed that a number of enthusiastic 'netizens' from many countries have already made adequate science in the comment section, for which we are also grateful."

The decision to have the Big Air slope on the site of the former steel mill is also part of a well-thought out plan to honor China's commitment to becoming a greener country. The mill, inaugurated in 1919, was closed more than 15 years ago by China as part of its commitment to improving pollution in Beijing ahead of the 2008 Summer Olympics, the first games the country ever hosted.

The site was then transformed into a hub for tourism and art exhibition, and an offer to use the two towers as a wedding location is under consideration, according to AFP.

A new steel plant is currently located in Caofeidian, almost 200 kilometers from Beijing and one of China's "eco-cities." The new plant is currently exploring new ways to use low-quality energy such as gas, heat, electricity, water and salt to create a green recycling system that will help the country reach its goal of achieving carbon neutrality by 2060.

In recent years, China has been making progress in cutting its carbon emissions. In 2020, the country's emissions were 18.8 percent lower than in 2015, and they saw a 48.4 percent drop from 2005 levels, reversing the rapid growth of greenhouse emissions. 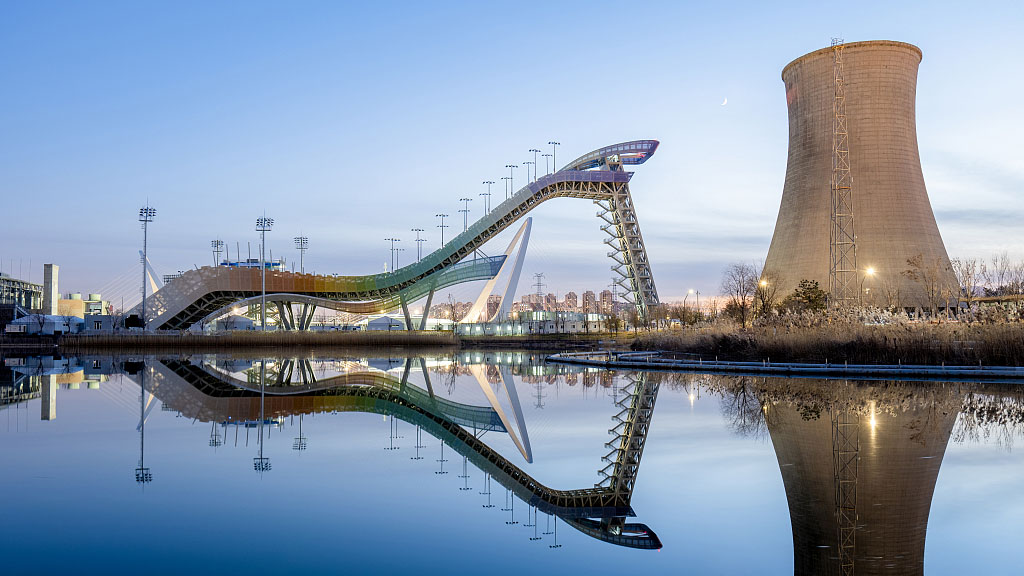 The Big Air slope on the site of the former steel mill. /VCG

The Big Air slope on the site of the former steel mill. /VCG

The Big Air venue also has its fans, including International Olympics Committee president Thomas Bach, who in an interview with CGTN called it "iconic."

"At first, I did not really have the imagination of how Shougang could really turn into an Olympic venue for Big Air," he said.

"And now to see this fantastic iconic new venue, to see the outstanding performances of all the athletes was really breathtaking."

Bach has repeatedly cited the venue as a model of sustainable development and frugality for the Beijing Winter Olympic Organizing Committee, calling it "a stunning example of urban planning and renewal." The cooling towers of Shougang is not only a unique location for the Winter Olympics, but also a reminder for China and the world, in a time when Beijing is under the international spotlight, that positive change to fight the climate crisis is not only possible but achievable.