Download
Cold, more than war, is a threat to Ukraine's elderly
Natalie Carney in Marynka 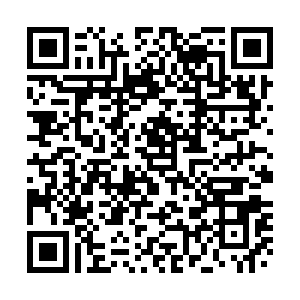 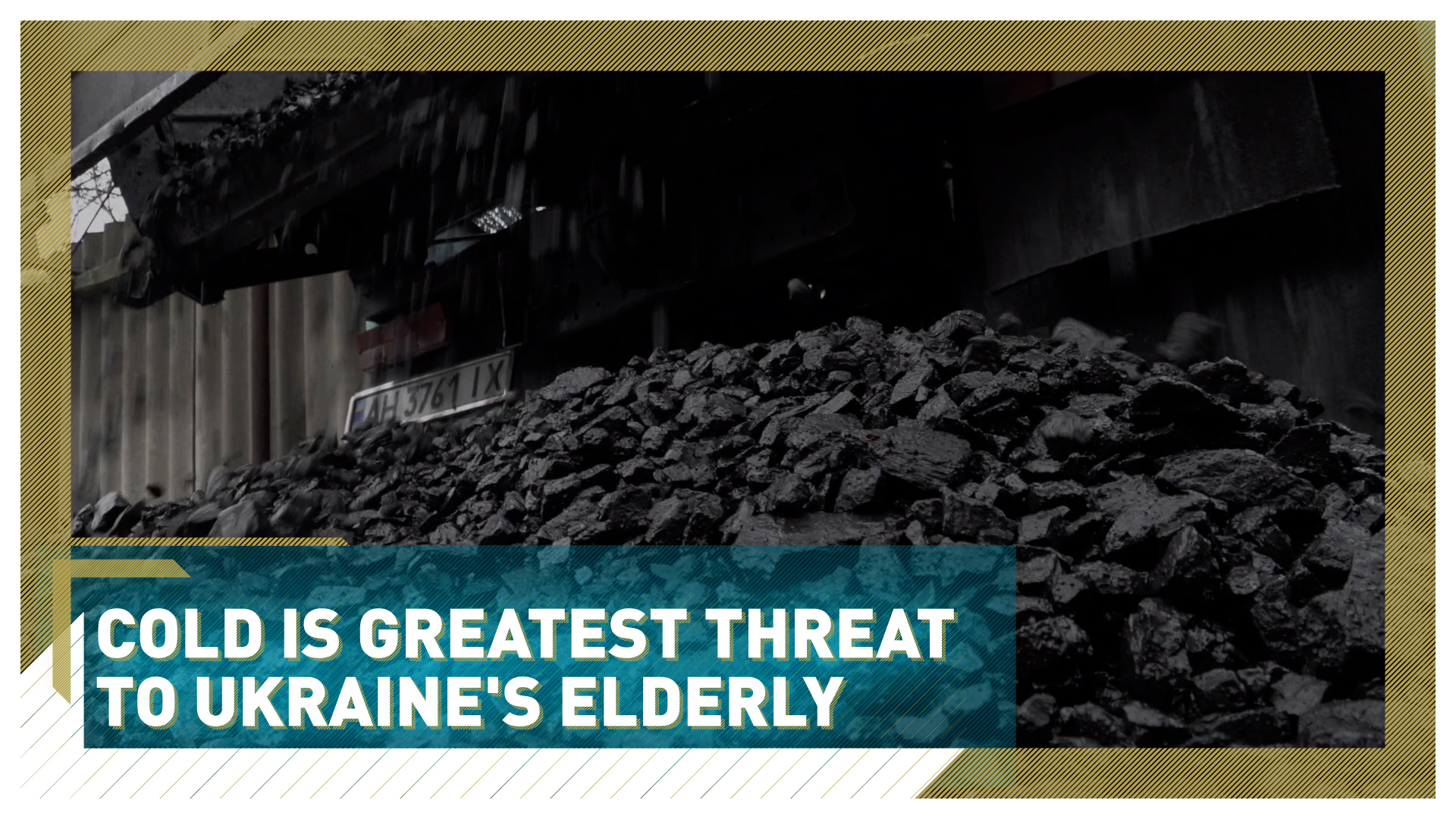 "No one cares about us old people," says Valentina, a 74-year-old widow, stroking her cat in her small living-room which also serves as her bedroom.

"I live alone," she says, a story she clearly has told before. "Who cares about old people? When the war started everyone left and I don't get a single word from anybody."

Her husband has died and as for her two children, "God knows where they are." 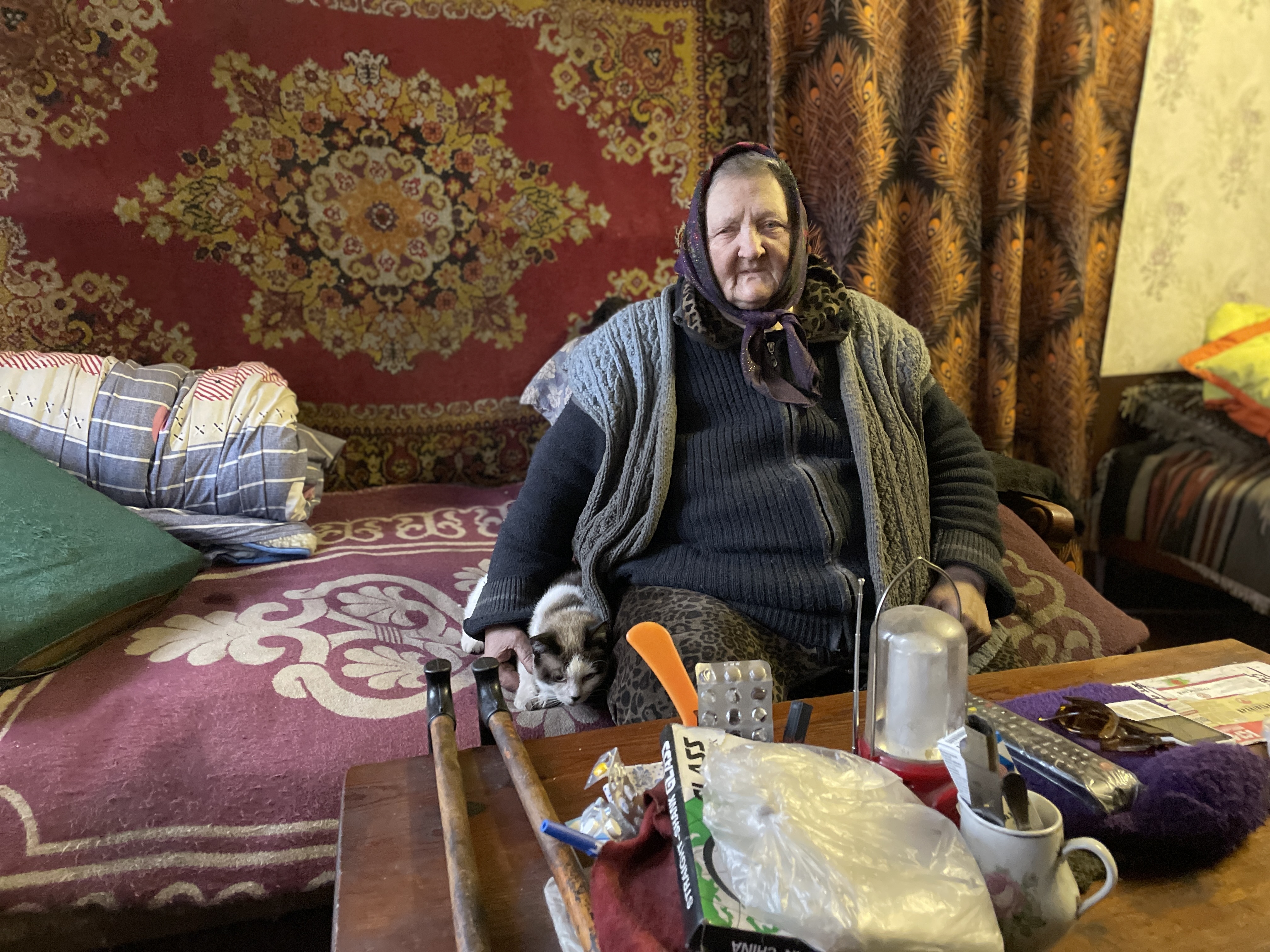 Valentina says she wears as many layers as she can. /Natalie Carney/CGTN

Valentina says she wears as many layers as she can. /Natalie Carney/CGTN

Valentina lives in Marynka, a front-line community just on the outskirts of Donetsk, once one of Ukraine's biggest cities, now controlled by pro-Russian separatists.

More than half of Marynka's population has left due to economic stagnation and the fighting over control of the region.

For Valentina the war has been "a horror story" – but her day-to-day needs are most pressing, especially heating. 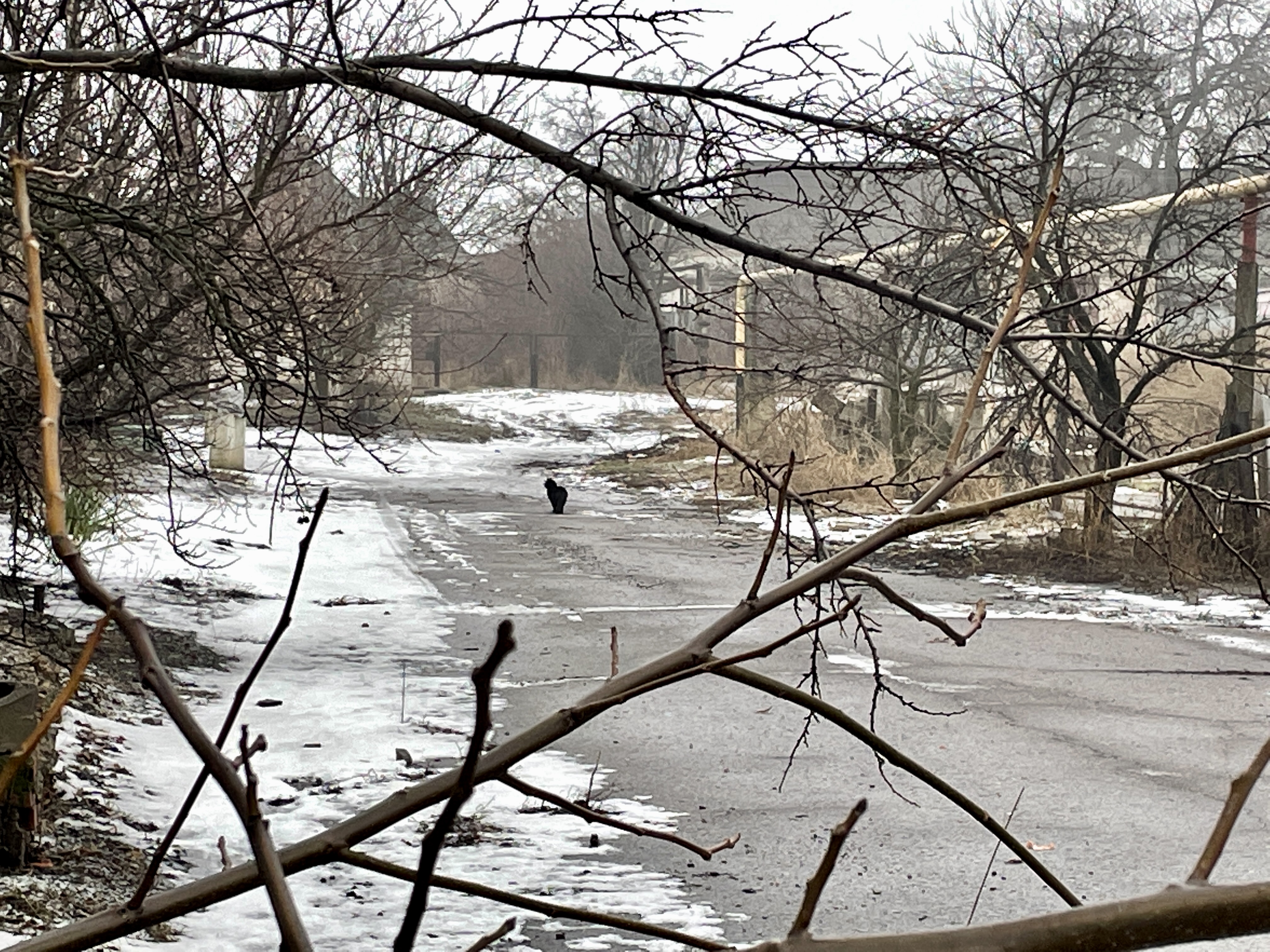 Temperatures remain below freezing for many months. /Natalie Carney/CGTN

Temperatures remain below freezing for many months. /Natalie Carney/CGTN

Temperatures in the east of Ukraine can reach as low as -30 degrees Celsius and the political situation has made solid fuel, such as wood and coal, the most efficient way to heat one's home.

However with the price of fuel doubling in the last year alone, it has been very hard for Valentina to stay warm on her pension of around $90 a month.

"I could buy only three bags (of fuel), but it was all very low quality and doesn't burn properly," she says. "I have so many layers of clothing on me, even my cat is freezing. If I'm not frozen to death, I'm great." 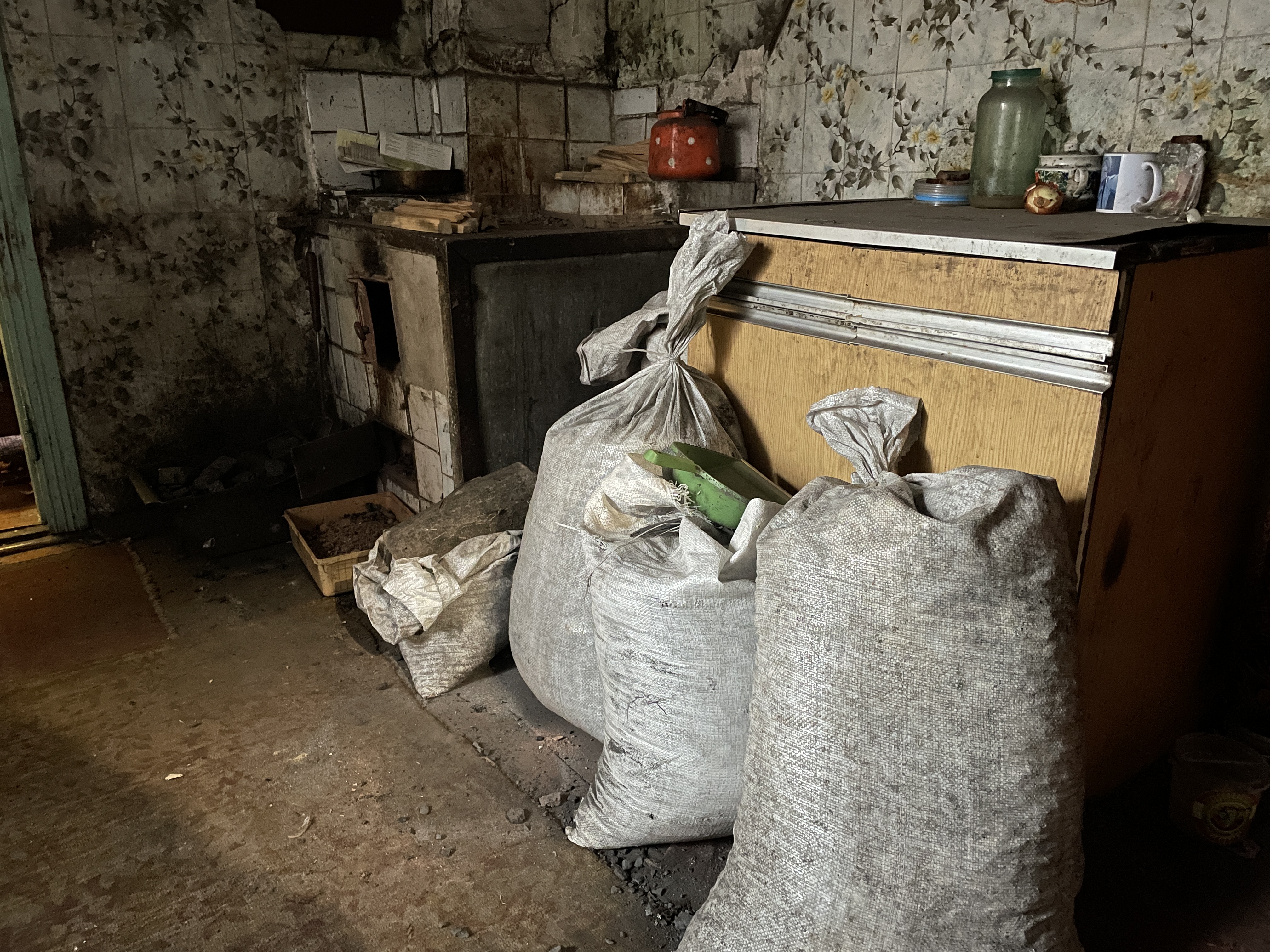 Today is a big day for Valentina: A local charitable organisation, Kind House, has arranged a free delivery of two tonnes of coal for her. Such a load would cost her five months of her full pension and should heat her small brick house for the rest of the winter.

Dmytro Pashchenko is the co-founder of Kind House. As an internally displaced person originally from Donetsk, he say the delivery of this coal is literally life saving.

"(The coal is) essential, life important" he tells CGTN. "Very often I hear after the delivery happens, 'Thank you for delivering this coal. I thought I would die of cold, now I can keep living.'" 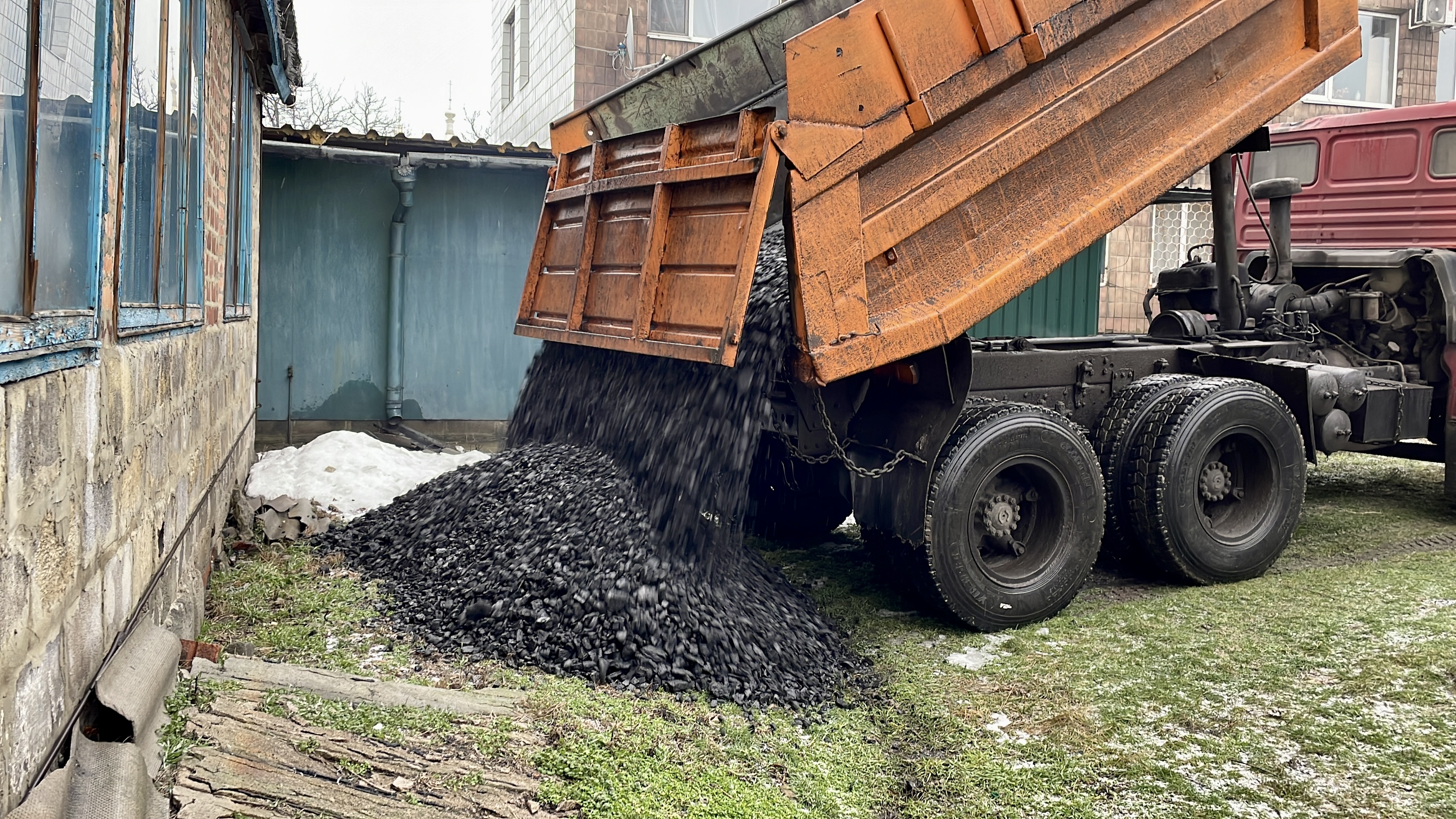 In this weather, coal delivery can be a matter of life and death. /CGTN

In this weather, coal delivery can be a matter of life and death. /CGTN 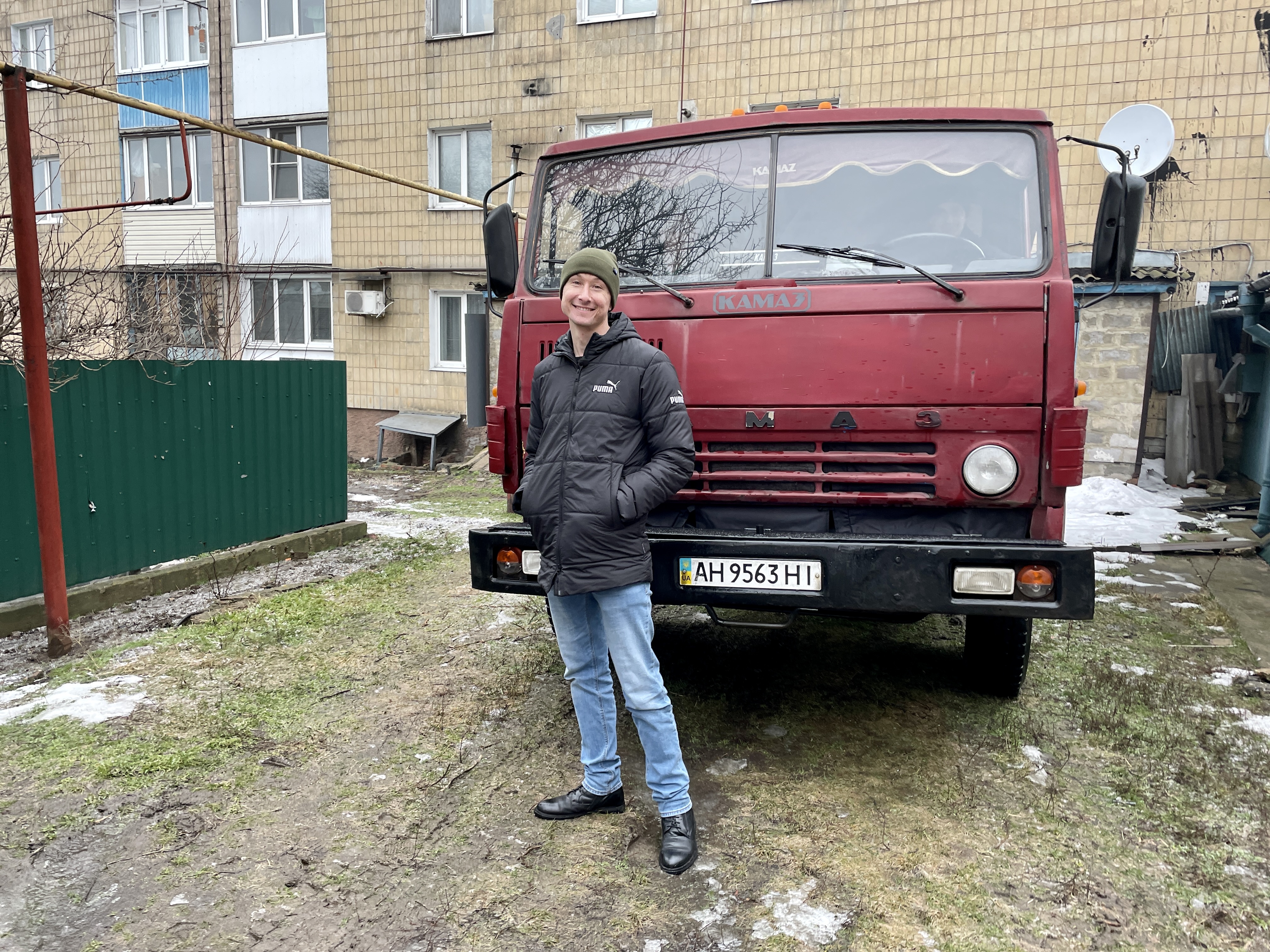 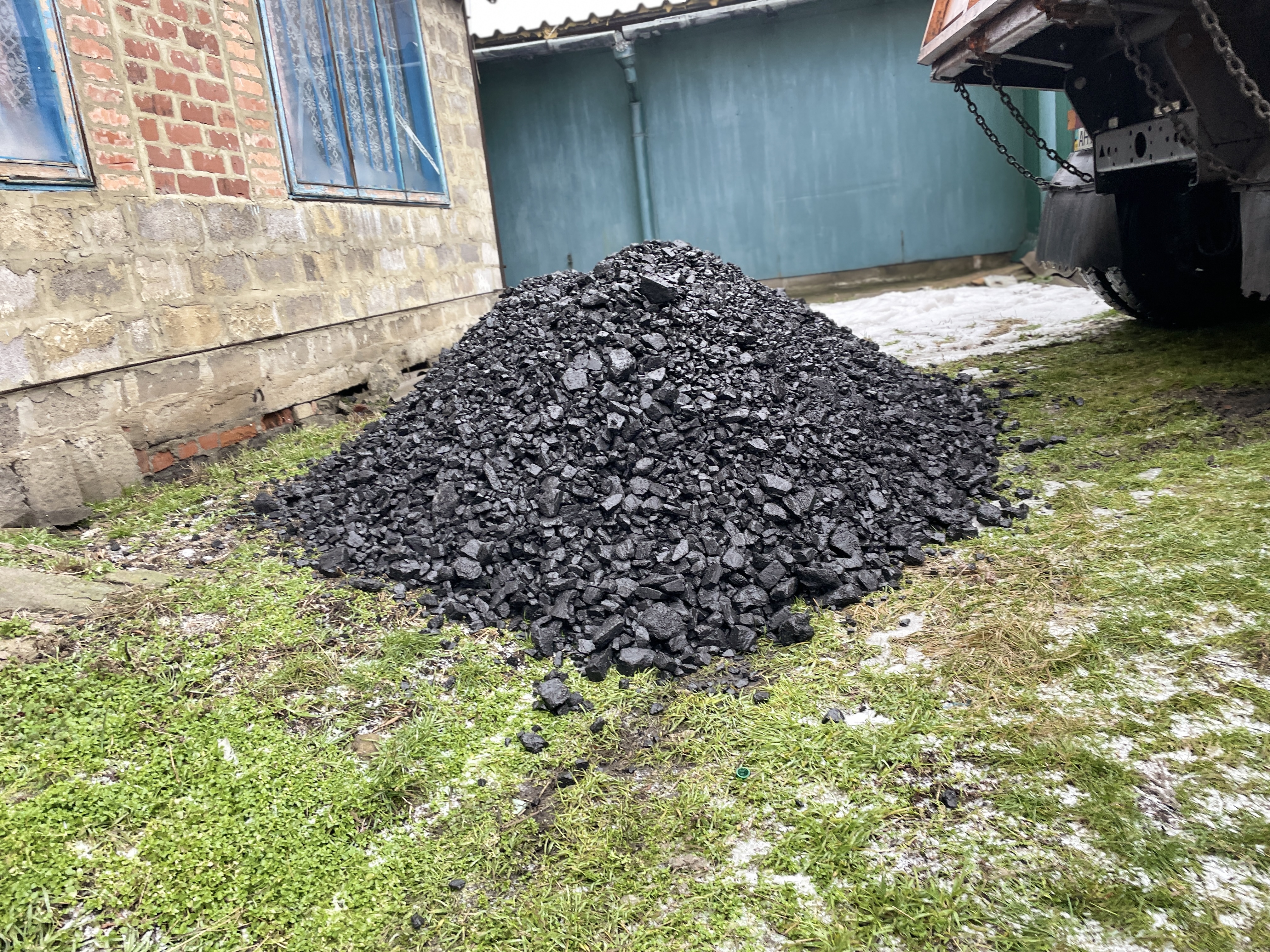 Deliveries can keep the vulnerable warm for months. /CGTN

Deliveries can keep the vulnerable warm for months. /CGTN

Pashchenko admits that "the war has definitely affected the situation with coal."

Domestically, many of Ukraine's coal mines are located in what are now pro-Russian, separatist-controlled areas, increasing the prices for the smaller quantity available for the rest of the country.

Russia has also stopped supplying Ukraine with coal or even allowing it through the country.

This has resulted in higher electricity costs – and in front-line communities natural gas pipelines have been shut off due to the shelling.

In a nearby neighborhood, Kind House makes another delivery. This time it's to 70-year-old Tamara, who has severe rheumatoid arthritis and needs the heat from the coal to alleviate the worst of her pain.

She has had to close off much of her small house to conserve heat and essentially lives in her tiny kitchen.

"Warm air goes from here through the corridor and to the bedrooms," she explains. "So we have closed off the other room. This is how we live. Prices are growing and we don't have not enough for anything." 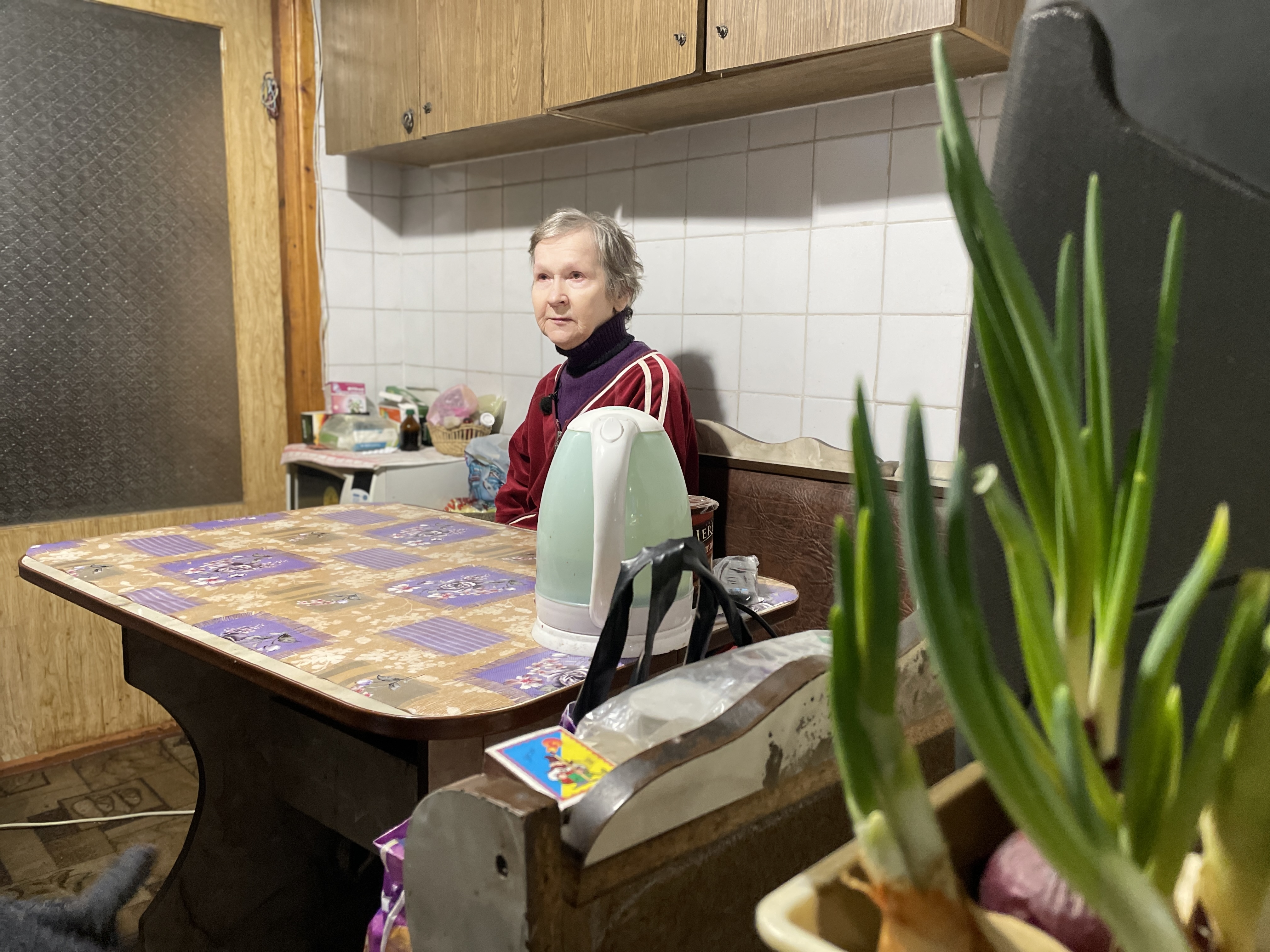 Some pensioners receive valuable financial support from family members abroad, but this is not always the case, says Kind House's Pashchenko.

"(The) younger generation, they go to find jobs in other parts of Ukraine, maybe Russia, maybe even Poland and they keep sending money over here," he says. "But there are still some of those old people who live on their own and are the most vulnerable."

No end in sight

It's the eighth year of the war in east Ukraine and no end is in sight.

On top of the existing conflict, the arrival of upwards of 130,000 soldiers on the Russian side of the border has sparked fears of renewed violence, leaving many like Valentina dejected.

Next year will mark her 75th birthday and, according to the World Bank, the average life span for Ukrainian women is 76.

With tears in her eyes, she observes: "I was born during the hunger and I will die during the war."