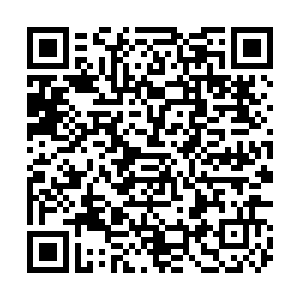 Unvaccinated people are no longer allowed in France's restaurants, bars, tourist sites and sports venues, as a new law came into effect./AP/Michel Spingler

Unvaccinated people are no longer allowed in France's restaurants, bars, tourist sites and sports venues, as a new law came into effect./AP/Michel Spingler

Enjoying Paris' iconic pleasures – like a coffee in a bistro or an exhibition in one of the city's world-class museums – will no longer be possible for anyone who is not fully vaccinated against COVID-19 from Monday.

The health pass entry requirement has been replaced by a vaccination pass requirement, which doesn't have the option to "test for entry" like its predecessor.

With 92 percent of adults in France fully vaccinated according to the government, very few adults will feel an immediate impact from the rule change.

Children over 16 will be subject to the new rules – but anybody younger than that can continue to follow the existing health pass system. The decision to exclude children was a major reason the law was delayed as it made its way through the two houses of France's parliament, missing the government's initial target to put it in place by mid-January.

While vaccine take-up is high, officials would like to change the opinion of the minority of French people who have refused the jab. President Emmanuel Macron has said he wants to annoy the unvaccinated part of the population during a controversial interview in early January.

He says getting vaccinated is more than a personal choice and is something that can keep the entire population safe.

High vaccination rates have not slowed an onslaught of infections over the past few weeks linked to the Omicron variant – however, officials say they believe those have since peaked. While more transmissible than the previous Delta variant, the Omicron strain often led to less severe symptoms, especially among those who have been inoculated, according to doctors.

France will relax restrictions next Tuesday by lifting work from home rules and scrapping attendance limits for venues. Not everyone is in support of the new vaccine pass.

A small minority has gathered on streets around France to protest the policy for several weeks. However, authorities have reported that turnout has declined.

Although many say it's an infringement on their rights and freedoms the government asserts that it is not a requirement to get vaccinated.