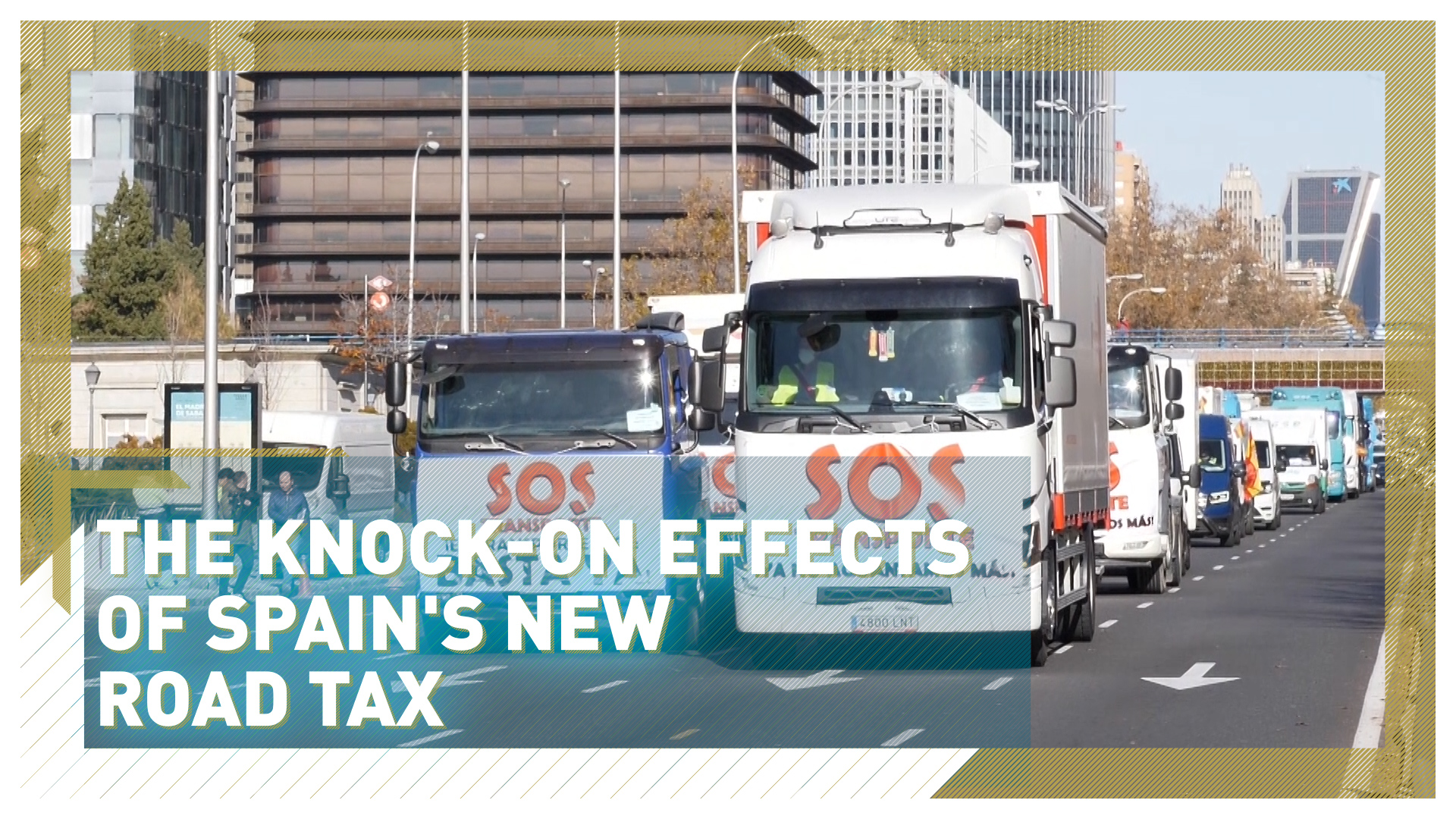 It's an early start for Sergio Llorente. He is one of the drivers hired by Madrid-based company Discarlux to make sure Spanish restaurants get their regular supplies of meat, chorizo and sausages.

His industry has been hit hard in recent months. Half the country's truck drivers are self-employed and went on strike recently to protest the 40 percent increase in fuel prices in the past year alone.

Transport costs are set to get even higher. This year, the government will put in place plans to reduce carbon emissions by more than 20 percent by the end of the decade.

Tolls will be slowly introduced on all major intercity motorways and connecting roads by 2023.

Carlos Gonzalez, director of communication at Discarlux, told CGTN Europe the higher costs for his company would eventually be felt by their customers.

"The pay tolls will affect us for sure, and that's added to an increase in fuel price and other costs involved in transport. We use road transport to deliver all our goods, so for sure we will need to increase the price of our products," he said.

A step too far?

The timing of the decision has been questioned by many in the industry.

The government says it's a necessary step to meet targets agreed with the European Union on greenhouse gas emissions.

Those workers whose livelihoods depend on transport say their ever-decreasing profit margins mean it's a step too far.

Environmentalists have largely welcomed the proposals. In Europe, the Spanish pay around 70 percent less than other countries that use tolls.

It's hoped this could encourage more people to board trains and buses, use of which fell sharply during the pandemic.

However, experts such as Federico Velazquez, president of the Spanish Association of Environmental Education, believe the government should keep its options open.

"It's a good idea to apply a new tax on carbon, but I believe they [the government] could look to do that at source, a tax on the most polluting vehicles, such as diesel," he told CGTN.

"They could impose taxes at the factory, regardless of the road usage. I think that would have a bigger impact and not punitive measures that could be seen as unpopular."

The government has been challenged on this by both sides of the political divide. It may have to consider concessions for an industry that has been badly hit.

Pedro Sanchez and his coalition can expect some tough questions ahead before they get the green light for any new legislation.