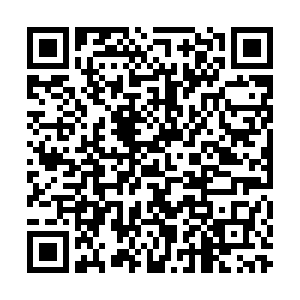 NATO and Russian officials are holding talks in Brussels amid the worst East-West tensions since the Cold War. /Angela Weiss/ Alexey Druzhinin/Valentyn Ogirenko/AFP

NATO and Russian officials are holding talks in Brussels amid the worst East-West tensions since the Cold War. /Angela Weiss/ Alexey Druzhinin/Valentyn Ogirenko/AFP

There was no substantial progress in bilateral talks between the U.S. and Russia on Monday. And yet, despite threats to walk out on that basis, a week of planned diplomacy looks likely to run its course.

Does that provide an opening for Ukraine to add another date to the calendar?

Ukraine's President Volodymyr Zelensky now says he wants a summit of France, Germany, Ukraine and Russia – essentially, an elevated version of what became the Normandy Format, which was set up in 2014 as a means to try to broker peace.

That might suit Kyiv's interests. Its diplomats continue to express concern about being drowned out in a spat between more powerful actors. This dialogue might give them more space to make their voice heard.

But will it still suit everyone else?

For starters, Moscow has indicated it wants the time for talking to be limited and for substantial progress to come promptly. And has backed that up with the threat of military action should that not happen. Western leaders clearly see an interest in prolonging the process. Will Russia take what some might see as bait?

Then there's the U.S., which had been content to take a back seat on a crisis simmering in Europe's backyard at a time when it had long been calling for its transatlantic partners to do more to look after themselves.

But its interests are not always aligned those of Paris and Berlin, particularly on the fate of Nord Stream 2, a gas pipeline running from Russia to Germany that would surely ease the current surge in gas prices across Europe but may also, Washington fears, give Moscow more leverage. If Ukraine becomes the pivot point on which the future of a U.S.-led NATO alliance turns, will it still be willing to sit out of these discussions?

And then there are those EU and NATO members in Eastern Europe that fear giving an inch to Russia's President Vladimir Putin could lead to a mile being lost next, a view not always shared by the foreign policy establishments of its allies further west. Will they still stomach exclusion?

Ukraine sees a renewed Normandy Format as a way to make its voice heard. It will be interesting to see how other key stakeholders respond to its proposal.