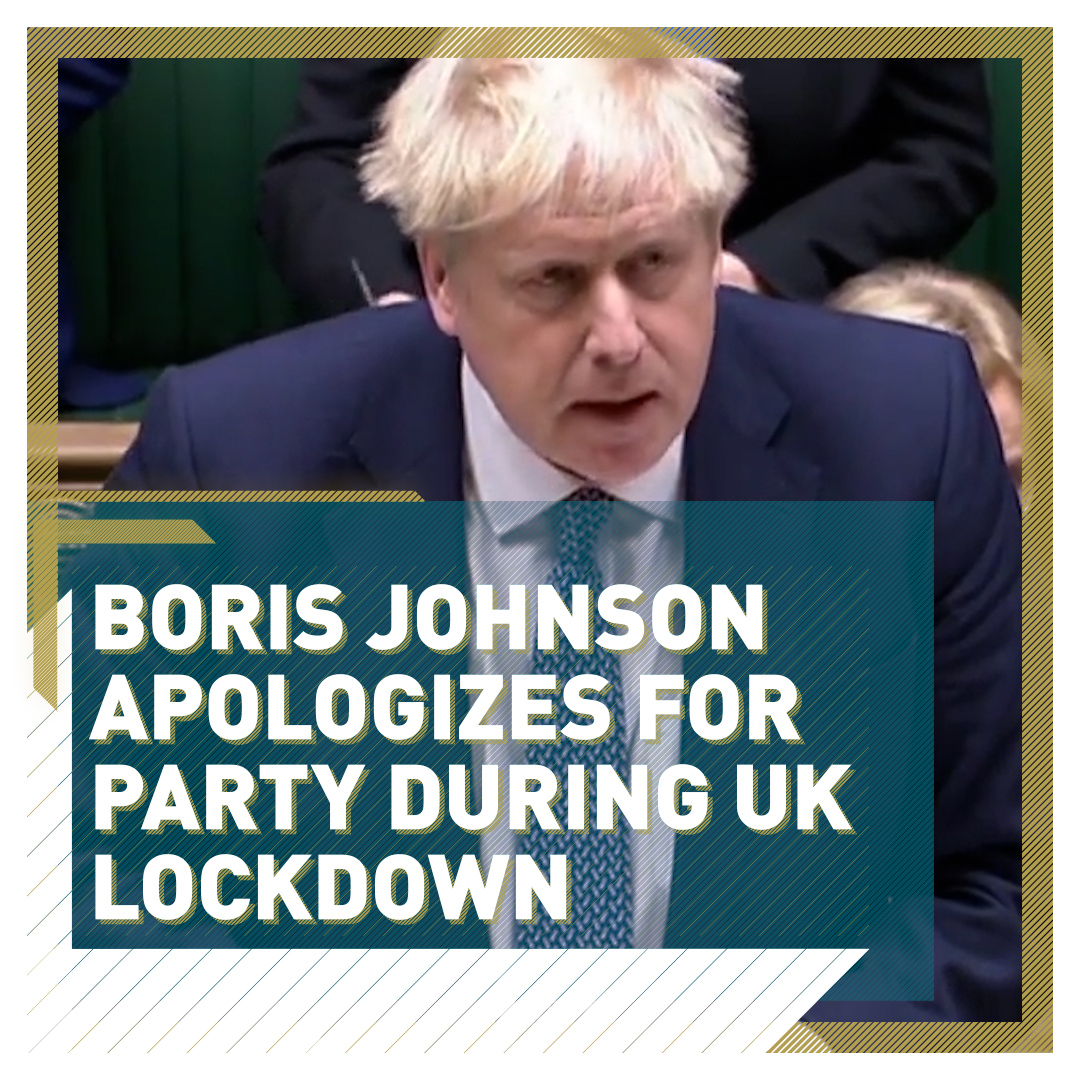 UK Prime Minister Boris Johnson apologized on Wednesday for attending a "bring your own booze" gathering at his official residence during the country's first coronavirus lockdown, while opponents demanded he resigns.

He admitted for the first time that he had attended the party at 10 Downing Street on May 20, 2020, when COVID-19 rules limited outdoor gatherings to a maximum of two people and said he understood the public anger the revelations had caused.

"I know the rage they feel with me and with the government I lead when they think that in Downing Street itself the rules are not being properly followed by the people who make the rules," an ashen-faced Johnson told parliament.

He said he regretted his action and had thought the gathering was a work event, drawing jeers and laughter from opposition lawmakers.

"With hindsight, I should have sent everyone back inside," Johnson said.

Leaders of all the main opposition parties called for his resignation. Labour's Keir Starmer said the public – who handed Johnson a landslide election victory in December 2019 after he promised to secure Britain's exit from the European Union – thought him a liar.

"The party's over, prime minister," Starmer told him. "After months of deceit and deception, the pathetic spectacle of a man who has run out of road. His defense that he didn't realize he was at a party is so ridiculous that it is actually offensive to the British public." 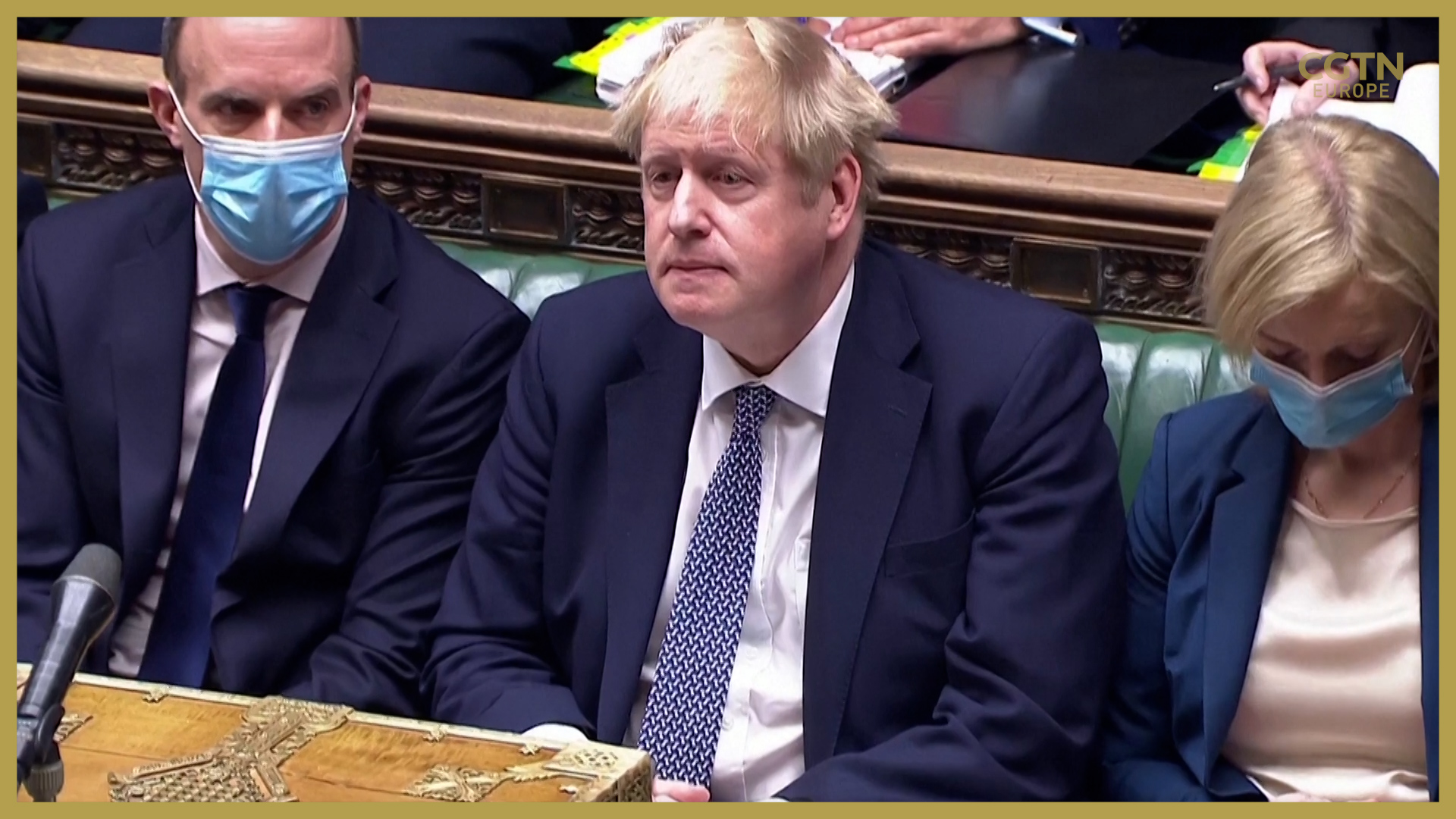 Anger has grown since ITV News reported Johnson and partner Carrie mingled with about 40 staff in the Downing Street garden after his Principal Private Secretary Martin Reynolds sent an invitation asking attendees to "bring your own booze." Johnson's press secretary said the prime minister had not seen that email.

Numerous people, including some lawmakers, have described how the rules kept them from the bedsides of dying loved ones last May in contrast to the events in Downing Street.

Some of Johnson's own Conservative Party lawmakers had said his response on Wednesday to the growing furore would determine his future.

Conservative MP Christopher Chope said Johnson's statement was "the most abject apology" he had heard from a government minister and that people would accept it. Others were unconvinced.

"It sounds to me, I'm afraid, very much as though politically the prime minister is a dead man walking," said Conservative lawmaker Roger Gale, who has submitted a letter calling for a leadership challenge.

To trigger a challenge, 54 of the 360 Conservative MPs in parliament must write letters of no confidence to the chairman of the party's 1922 Committee, which is the forum for all the party's MPs who don't hold a ministerial post.

A series of scandals have shaken Johnson's standing in British politics. Over everything from corruption allegations around the refurbishment of his flat to his handling of the COVID-19 crisis, providing Conservative-affiliated companies with contracts, and now Downing Street parties have drained his political capital. 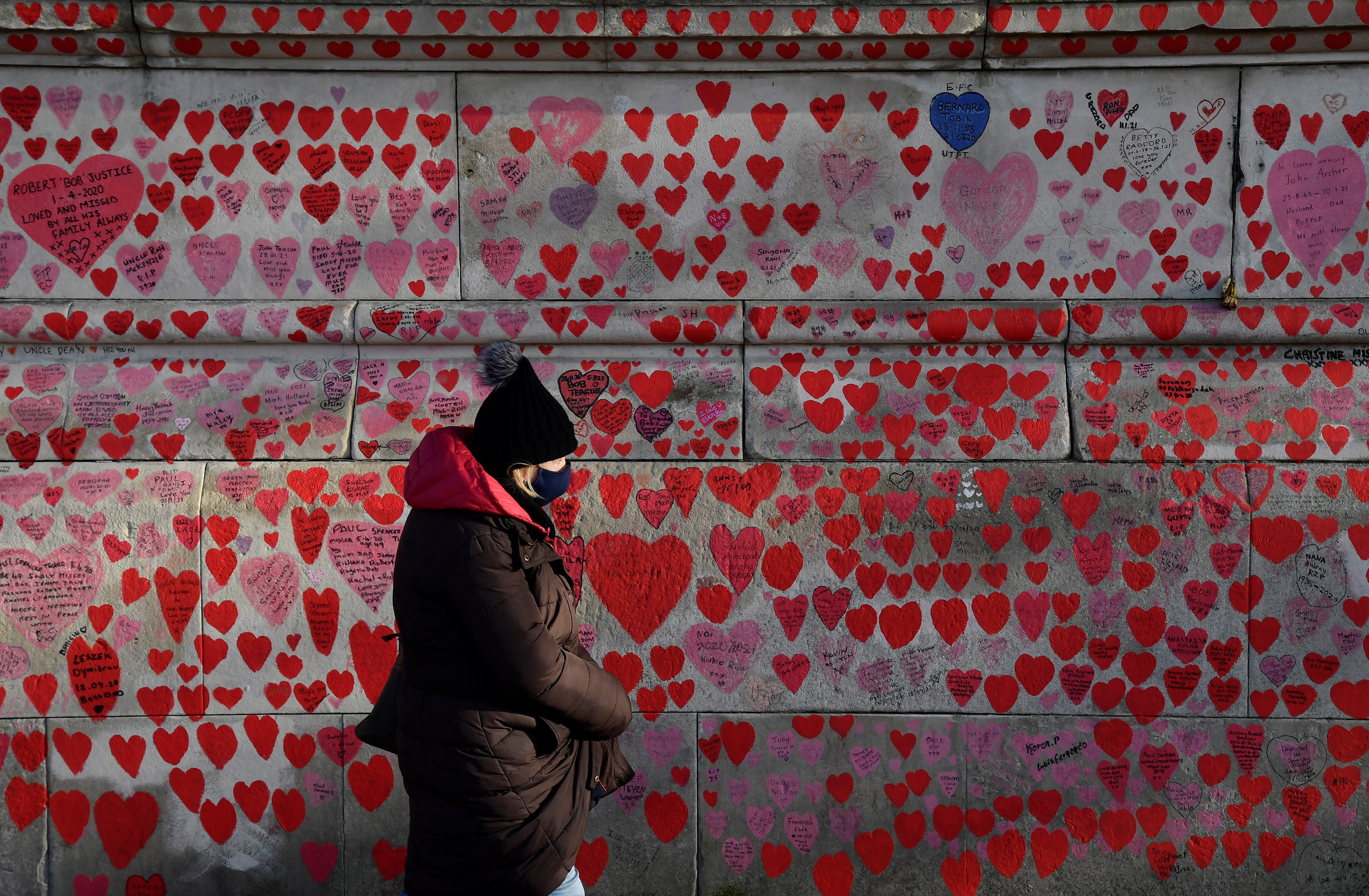 A woman walks beside the National Covid Memorial Wall. The UK has passed 150,000 deaths according to official figures, amid the coronavirus disease pandemic. /Reuters/Toby Melville

A woman walks beside the National Covid Memorial Wall. The UK has passed 150,000 deaths according to official figures, amid the coronavirus disease pandemic. /Reuters/Toby Melville

Two snap opinion polls on Tuesday showed well over half of respondents thought Johnson should resign. Last month, the Conservatives lost a parliamentary seat they had held for almost 200 years while the party's comfortable lead over Labour in opinion polls has evaporated.

Bookmakers slashed the odds on Johnson being replaced as prime minister this year, with local elections in May viewed as another moment of jeopardy.

When details of the gathering first emerged, Johnson said he could not comment until a senior government official, Sue Gray, concludes an investigation into other allegations (initially denied) that he and his officials held rule-breaking parties.

In response to the calls for his resignation, he again deferred to Gray's investigation.

"I cannot anticipate the conclusions of the current inquiry. I have learnt enough to know that there were things we simply did not get right. And I must take responsibility," he said.

Opponents said, he had not apologized for the party itself, which Johnson said on Wednesday "could be said technically to fall within the guidance," but was simply sorry he had been found out.