Download
Reporting from Kazakhstan: An insight into a nation gripped by deadly protests
Nawied Jabarkhyl The deadly protests in Kazakhstan and the government's forceful response have shone a spotlight on tensions in what hitherto has been one of central Asia's most stable countries.

The introduction of regional troops – especially Russia's – will also be watched closely by other former Soviet states that maintain close links with Moscow and share similarities with the way Kazakhstan has charted its post-Soviet existence.

From the outside, its recent history has looked like a relative success story. Powered by its vast natural resources, including oil, gas, uranium and copper, it's enjoyed years of solid economic growth.

But the fact that the current violence was sparked by a rise in gas prices, which affected many ordinary citizens, and that the unrest has spread to other cities, signals much deeper troubles in the world's ninth largest country. Russian troops disembarking at an airfield in Kazakhstan as part of a peacekeeping mission of the Collective Security Treaty Organization. /Russian Defence Ministry/Handout via Reuters.

Russian troops disembarking at an airfield in Kazakhstan as part of a peacekeeping mission of the Collective Security Treaty Organization. /Russian Defence Ministry/Handout via Reuters.

Watching recent events unfold has brought back memories of my last visit to the country in 2018 to report on the launch of the Astana International Financial Center. The AIFC was a flagship, multimillion-dollar project designed to make the city "the next Dubai," as senior officials told me.

The guest of honor for the opening ceremony was none other than the top man, former president Nursultan Nazarbayev, who had ruled the country since the collapse of the Soviet Union and who has become a main target of demonstrators' anger. Many think he still calls the shots despite his handpicked successor becoming president in 2019.

One memory in particular stood out to me on the trip. It happened shortly after I arrived in the capital Nur-sultan – then called Astana.

I was heading towards my hotel in a taxi and it was fairly late in the evening, almost midnight. I saw the hotel approach on the left and with the roads eerily quiet, was startled to see the driver continue straight past the entrance.

"I think that was the turning," I said to him. "Yes," came his reply. "But I'm not allowed to turn here," he quickly added. "I have to go right to the end and only there, I can U-turn." The end was a few miles down the road and he insisted there were cameras that would pick up the violation even if the traffic police wouldn't. The whole exercise seemed futile to me, given the lack of cars around but I got the sense that challenging authority wasn't an easy option for some there.

Kassym-Jomart Tokayev, left, who was then Kazakhstan's interim president and is now president, and former President Nursultan Nazarbayev attending the Astana Economic Forum in Nur-Sultan in 2019. /Reuters/Mariya Gordeyeva

Kassym-Jomart Tokayev, left, who was then Kazakhstan's interim president and is now president, and former President Nursultan Nazarbayev attending the Astana Economic Forum in Nur-Sultan in 2019. /Reuters/Mariya Gordeyeva

Filming around Astana was easy enough and there wasn't a palpable sense of being watched or closely guarded. Although power was hugely centralized around Nazarbayev, Kazakhstan was considered less repressive than some of its central Asian neighbors.

Astana itself was a strange city, built on Nazarbayev's orders on the Kazakh steppe, thousands of miles away from its predecessor Almaty – the country's largest city, financial hub and capital until 1997. Almaty has also been the epicenter of this week's deadly demonstrations and where the presidential residence was set on fire.

One afternoon, while eating a dinner of horse meat and drinking unpasteurized horse milk (considered local delicacies), I looked out over the endless plains beyond Astana's visible limits and wondered what ordinary Kazakhs thought of their new, shiny city or how many had the chance to actually visit.

The flashy buildings, and showpiece architecture seemed incongruous set against the natural environment that helped power much of Kazakhstan's wealth. Heading out and talking to locals, there was a clear divide between the wealthy, educated and (often younger) English-speaking crowd who reaped the benefits of Kazakhstan's booming economy and others, whom the rapid development seemed to be somewhat passing by. 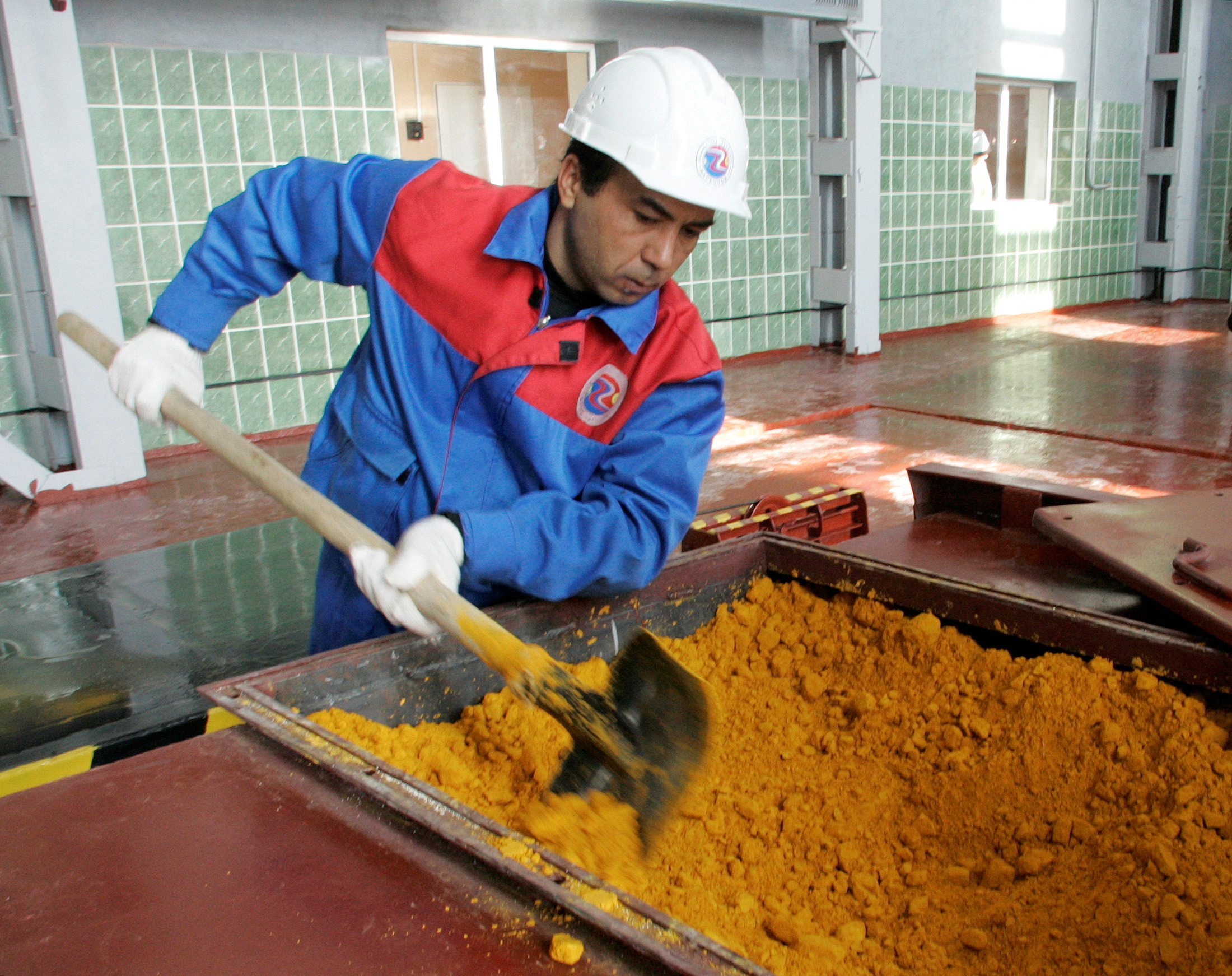 A worker rakes uranium oxide after the opening ceremony of the Zarechnoye mine in southern Kazakhstan in 2006. The country is rich in natural resources, but who has benefited from development? /Reuters/Shamil Zhumatov

A worker rakes uranium oxide after the opening ceremony of the Zarechnoye mine in southern Kazakhstan in 2006. The country is rich in natural resources, but who has benefited from development? /Reuters/Shamil Zhumatov

The geostrategic importance of Kazakhstan means events there are of interest to global powers. China and Russia are direct neighbors and enjoy significant economic relationships with the country. The Khorgos gateway is a flagship project of China's Belt and Road Initiative and sees thousands of goods traded across the border daily. During my time in Astana, Chinese companies were building the city's first railway system.

As a global energy player, Kazakhstan also matters to the West. On Thursday, UK Foreign Secretary Liz Truss said the UK has a "close relationship" with Kazakhstan and is watching events closely. Western allies are concerned about Russia's rapid deployment across its southern border.

Without naming names, Kazakh President Kassym-Jomart Tokayev is blaming foreign powers for causing the unrest and says the shoot-to-kill orders he's now given soldiers are designed to eliminate terrorists.

"Whoever does not surrender will be destroyed," he said on Friday. For many of the protesters, Tokayev's own legitimacy is worth questioning, given his links to Nazarbayev. The Kazakh government resigned on Wednesday, sensing wider discontent behind the recent unrest.

Despite the rapid growth and wealth generated for some parts of society, particularly the elite, many in the country feel that years of corruption, cronyism, inequality and poverty have left them behind. The power of the state and its regional back-up may suppress these latest demonstrations but more significant change might be needed to silence those worries moving forward.