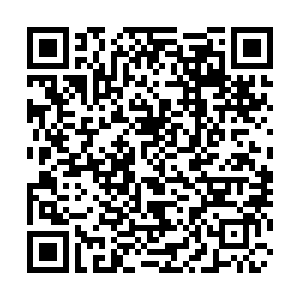 A general view of the nuclear power plant in Gundremmingen, Germany, where the last unit will be shut down at the turn of the year. /Reuters/Lukas Barth

A general view of the nuclear power plant in Gundremmingen, Germany, where the last unit will be shut down at the turn of the year. /Reuters/Lukas Barth

Germany will take three nuclear power plants off the electricity grid on Friday. The shutdowns follow long-held plans for the country to phase out nuclear energy by 2022.

Germany once boasted one of Europe's largest nuclear industries, but the 2011 Fukushima nuclear disaster led former Chancellor Angela Merkel to accelerate plans to move away from atomic power.

As part of those plans, three plants in the states of Schleswig-Holstein, Lower Saxony and Bavaria are the latest to be closed.

"The nuclear phase-out makes our country safer and helps to avoid radioactive waste. Since 2011, Germany has been drawing a line under a highly problematic technology in an orderly, reliable process. The energy industry and consumers benefit from the predictability and reliability," said Federal Environment and Consumer Protection Minister Steffi Lemke.

The latest shutdown leaves just three active reactors remaining in Germany. The Environment Ministry has said those will be closed by next year. Currently, around 10 percent of the country's electricity comes from nuclear energy. The accelerated shutdown has raised questions about how the void will be filled. But the government has said plans are in place to ensure there is no disruption.

"The security of supply in Germany is still guaranteed. Now it is important to push ahead with the restructuring of our energy supply," said Robert Habeck, Federal Minister for Economic Affairs and Climate Protection. The new German Minister of Economy and Climate Protection Robert Habeck holds a present as he addresses the media. /Reuters/Odd Andersen/Pool

The new German Minister of Economy and Climate Protection Robert Habeck holds a present as he addresses the media. /Reuters/Odd Andersen/Pool

"The secure supply of sustainably generated electricity is a key prerequisite for aligning our economy and industry with climate neutrality and thus creating sustainable prosperity. With the massive expansion of renewable energies and the acceleration of grid expansion, we will show that this is possible in Germany."

The new government, led by Chancellor Olaf Scholz, has pledged to massively invest in renewable energy. Fresh targets aim for 80 percent of Germany's electricity to come from renewable sources such as wind and solar by the year 2030.

The debate over energy policy follows a steep rise in natural gas prices. That's fueling concerns about the cost of heating in Germany, as winter sets in. Russian President Vladimir Putin has suggested prices could be stabilized if the Kremlin-backed Nord Stream 2 gas pipeline is given the final stamp of approval by German regulators.

"Let me remind you, this is 55 billion cubic meters per year," he said during a video conference with state energy firm Gazprom.

"This, for sure, will have an immediate impact on price on the market, on the spot. And all the countries, the consumers in those countries that consume Russian gas, will feel it themselves."