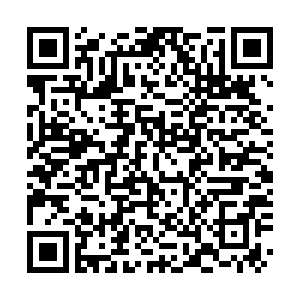 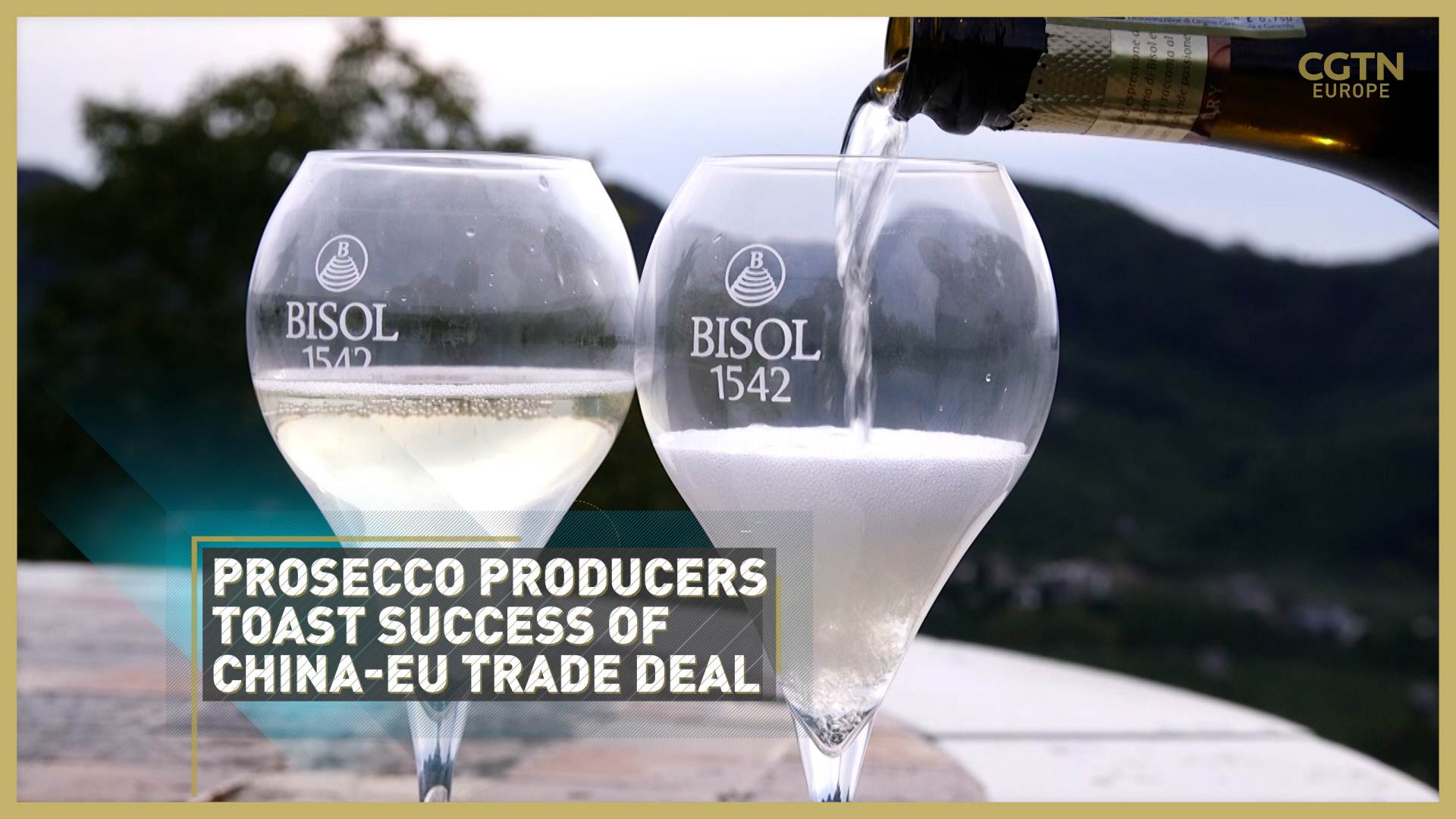 Producers of quality Italian food and wine products say the Geographical Indication (GI) agreement between the EU and China is boosting trade links between the two countries.

The landmark deal came into effect one year ago and prosecco producers in Italy believe it's a crucial step in protecting their heritage.

Gianluca Bisol's family has been in the business since 1542 and he told CGTN Europe about the heritage associated with working the Veneto vineyards, "from when I was a child, I was in the vineyard working with my father, my uncle, my grandfather. So there is a passion that comes through the generations." 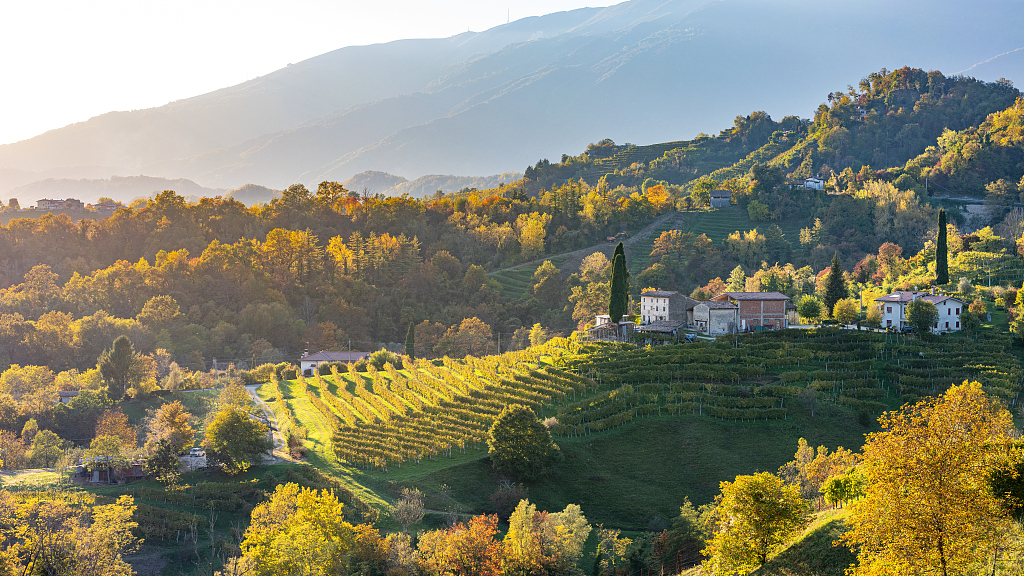 The hills between Conegliano and Valdobbiadene in the province of Treviso are part of a UNESCO world heritage site that is home to the country's highest quality Prosecco Superiore.

It's one of 100 European products protected by a GI agreements with China and its DOCG (controlled and guaranteed designation of origin) status protects how and where it is made.

Cristina Zanin has worked for the company for 15 years and says the microclimate is crucial, "These are the best hills because we have a good wind from the Venetian lagoon and good protection given by the Dolomites (mountain range)," she explains. "All the production process is controlled by the consortium of Prosecco Superiore DOCG."

Italy now has around 10 percent of the market share of wines imported to China. 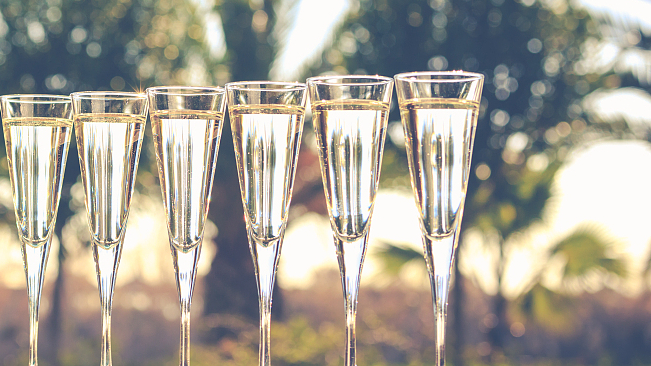 Bisol was the first company to start exporting prosecco to China, 25 years ago.

"A lot of people told me you can't sell prosecco in China because the Chinese people only drink red wine, but now you can see that the numbers are very interesting. For us, there is incredible potential. It's just a matter of time."

In the next three years, the scope of the GI agreement will expand to cover an additional 175 products made in Europe and China.

The European Commission says the deal is a win for all, as it protects both producers and consumers.