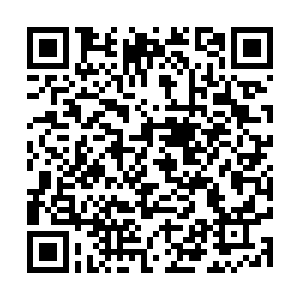 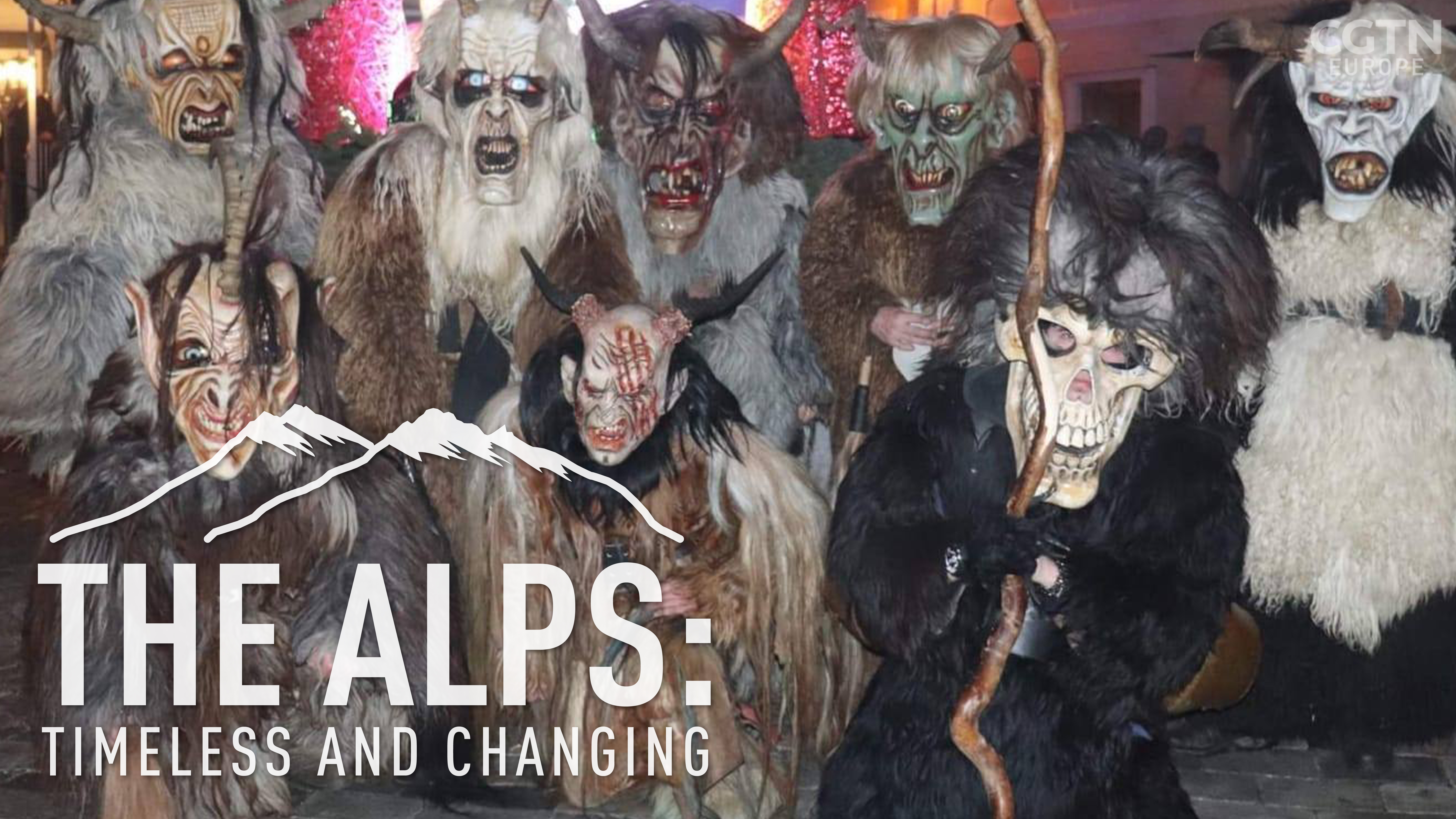 See an interactive version of this story

Scarier than Halloween and a vital part of the Christmas tradition, this is the Alpine festival of the Krampus. With roots stretching back to medieval times, there is something unmistakably European about this winter festival of fear, joy and merriment.

From November to January across the Alpine region, Krampuses roam the streets in troops of six to 12, going into houses, restaurants and shopping malls, scaring off evil spirits and terrifying the local children.

Matthäus Rest, social anthropologist and co-author of Wild and Beautiful: The Krampus in Salzburg, became fascinated by the Krampus as a boy in Carinthia, Austria. His uncle was an active Krampus and the group would get ready in his parents' house, next to the church.

"They would walk into the living room as humans basically, and come out of it as Krampuses," he tells CGTN Europe. "My parents kept telling me that I was always very curious about it and kind of interested in that transformative process. But as soon as they had taken on the Krampus form, as soon as they were wearing the masks, I was extremely frightened of them."

His interest continued and he has since become a bit of a Krampus expert, gathering an ethnographic account of the current and contemporary practices of the Krampus.

"The most basic description of a Krampus is someone who wears a mask that has a strong resemblance to the devil," he explains, "very often with horns and some form of fur coat, a belt with bells or rolls that are very loud when the Krampus is moving. And in most regions, they also carry a form of hand tool, like a switch or a broomstick, that is often used to attack people."

The tradition can vary, but in Austria Saint Nicholas runs with the Krampus troupe. He enters people's homes and asks the children in the house to sing a song or say a poem, and then there is kind of a ritual exchange of gifts. In other words, Saint Nicholas brings treats – but there is also a trick.

"Saint Nicholas is coming down from heaven," explains Rest, "to look after the people and see if they have been naughty or nice or if they've been good or bad. And he will bring sweets for the good people – and punish the bad people."

In other towns, the Krampuses run through the streets and scare the people by making noise and brandishing their whips and sticks.

"There is always this threat of physical violence – that is part of the whole experience, and it is performed by the Krampuses. But most of it is actually symbolic violence that we see in these encounters." 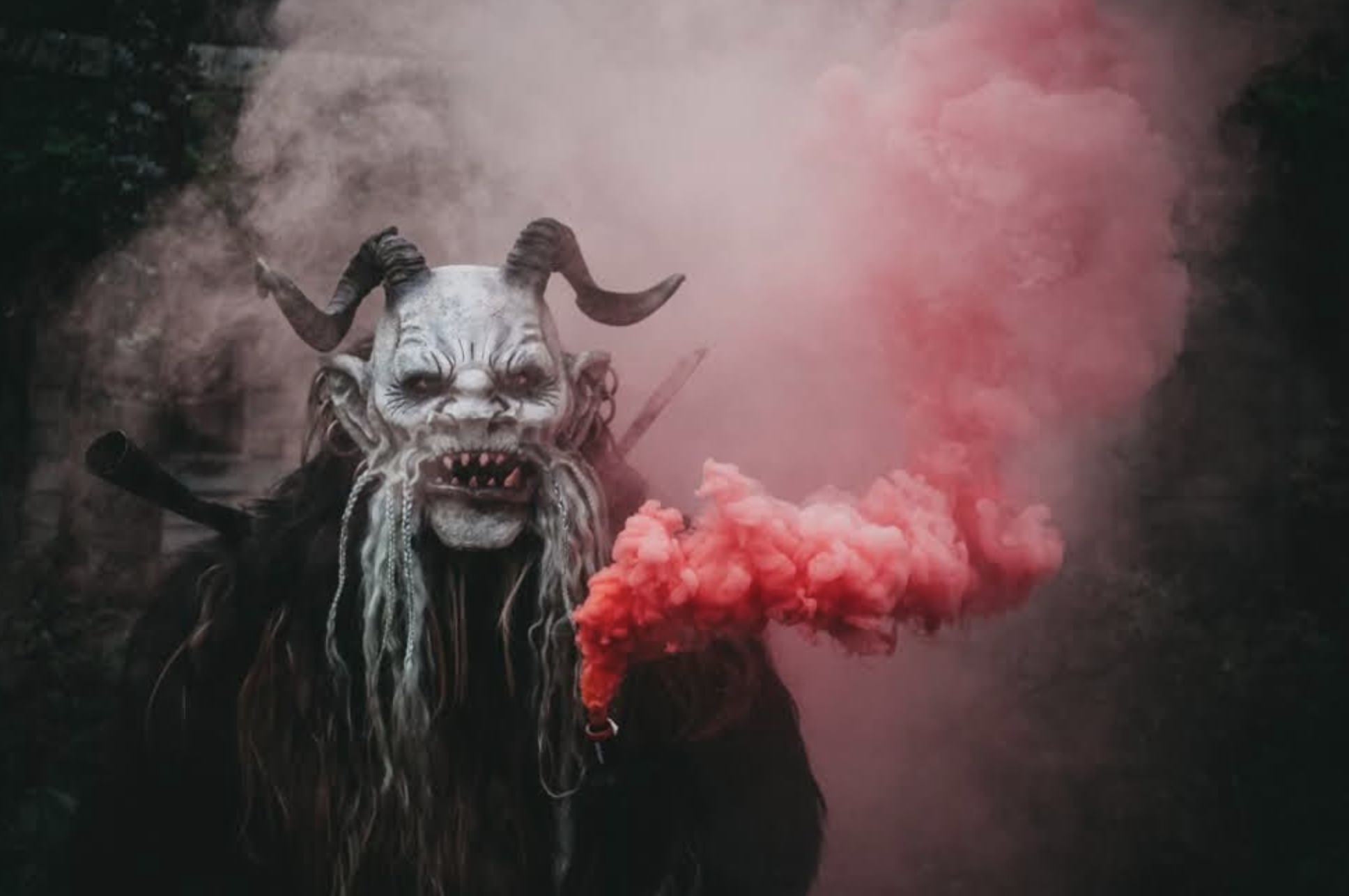 The Krampus has a distinct geographical identity

The Krampus has a distinct geographical identity

When you meet a man that transforms into the Krampus, you get a very different impression of the tradition. Robert Ronacher is the deputy secretary of the Perchtengruppe Radenthein Krampus group in Carinthia, Austria. Although he admits as a child he was scared of the Krampus, at age 18 he decided to join them.

"It was an interesting thing for me to be, and to try," he tells CGTN Europe. "I wanted to try it for one year, one season at first, but the people were all friendly and kind and took me in like a second family – so I stayed, and now it's 10 years. It's fun, really exciting. Every season you meet new people and see new stuff."

The Krampuses take their costumes very seriously. The Perchtengruppe Radenthein Krampuses wear individual costumes, each made uniquely for a specific member from sheep or lamb fur – no one else in the group can wear it. Their masks are created by one of the members; Ronacher sat for hours sharing his ideas with the artist to create his unique mask.

The origins of the Krampus are shrouded in mystery. There is a long tradition of wearing wooden masks in Europe and across the world; the first source that anthropologist Rest has found in the Alpine region dates back almost half a millennium.

"In 1580, we found the first written source in a small town in southern Bavaria and from that point onwards, throughout the 17th century, it seems to be spreading in that wider region."

But others who are interested in the subject think there is a much longer back story, suspecting the Krampus has a pre-Christian pagan history.

"Many have made the claim that the Krampus is actually the last remnant of a pre-Christian tradition that the church tried to eradicate," says Rest.

With origins lost in the mists of history, it is difficult to define when traditions started or if they had pre-Christian roots, but the making and wearing of masks definitely predates the modern era. The earliest surviving masks have been dated to 9,000 years ago, and given the perishability of the materials used it may date back much further: human figurines, for example, have been carbon-dated at up to 40,000 years old.

We may never be able to confirm the origins, but Rest believes the Krampus was certainly embedded in the culture by the time of the Reformation in the 16th century.

"Walking from house to house in the company of Saint Nicholas with a strong Catholic moral compass, we believe, emerged from a counter-Reformatory movement around this time," he explains.

"So after the first Protestant wave went through Europe, the Catholic Church was very strong and brought in the Jesuits to convince the people to come back to the Catholic faith – and they often did it through theater performances that were performed inside the houses of people."

Art history lends credence to the idea, as this was the period when European artists started to present the devil as a fixed entity that has this specific form: the grotesque face, animal hide and horns. 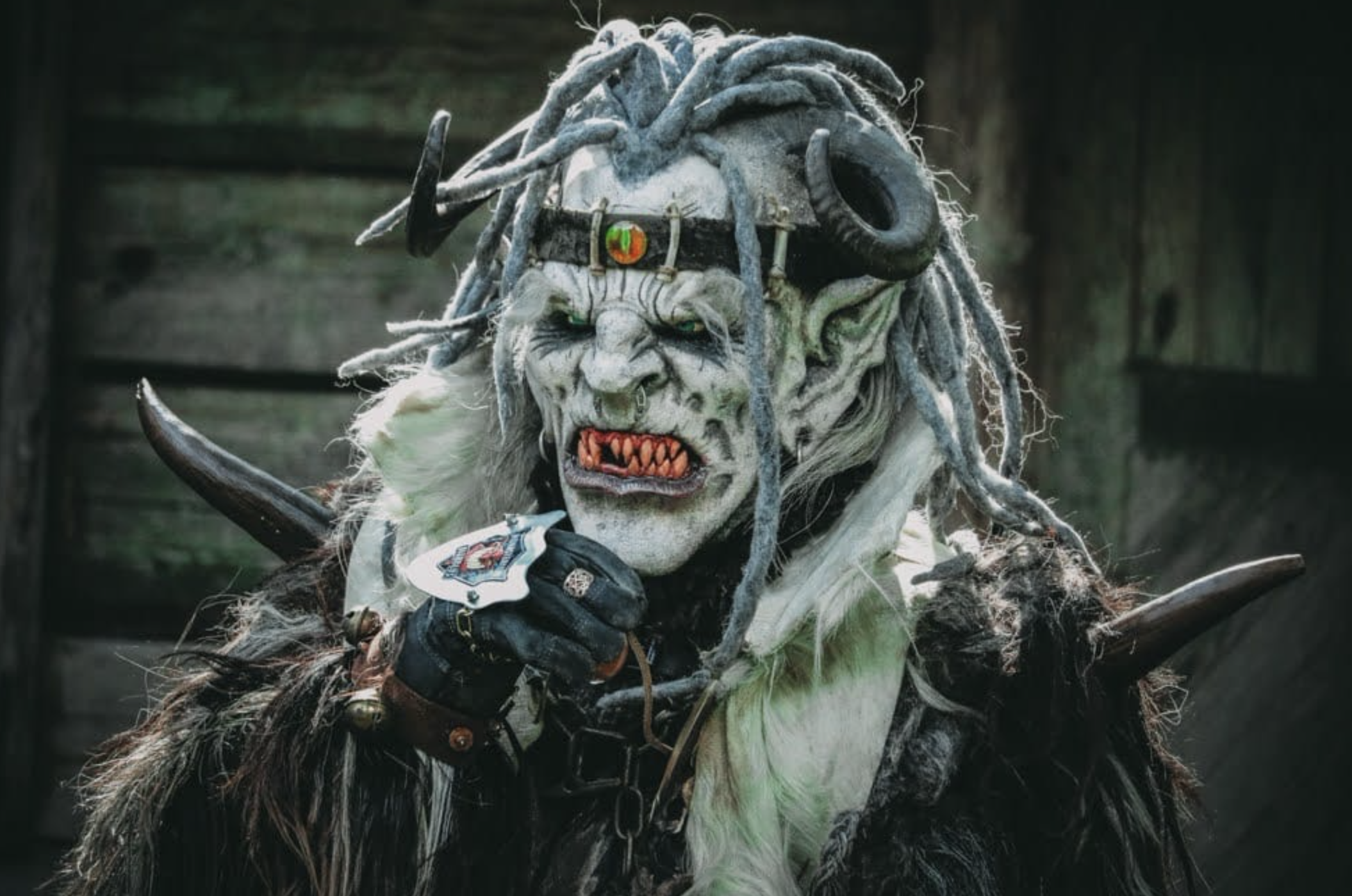 The modernization of the Krampus

The Krampus tradition has enjoyed a revival in recent years. Social media and the internet has boosted interest in the dressing-up element of the festival.

"There's been a very strong move from people who are interested in fantasy and live-action role playing," says Rest, "who are becoming interested in this practice as a form of engaging with dressing up as a more than human entity."

"There are people we don't even know from other countries or other states. They're liking us or following us on Facebook and just want to see what we are doing."

New interest in the Krampus has caused a move towards creating new figures such as witches, connected to a strong interest by women to become Krampuses – but this has met with resistance in some places.

"In very traditional regions, it is more or less impossible for women to actively become Krampuses," explains Rest. "So over the past 30 years, there's been a strong differentiation within the custom, which has also led to very strong identity politics around these issues.”

Passions run high about what is right and what is wrong in Krampus tradition. But for men like Ronacher who work all year organizing the festivals, the group is not so much about the tradition as the companionship.

"I've met really kind and friendly people since I've been a Krampus," he smiles. "It's always good when you are together. You can talk about all kinds of stuff, not only the Krampus – you're sharing your feelings and your good and your bad sides." Even now, the Krampus is still helping people acknowledge the differences in their own personalities.

This story is part of CGTN Europe's series The Alps: Timeless and changing and was originally published in September 2020. 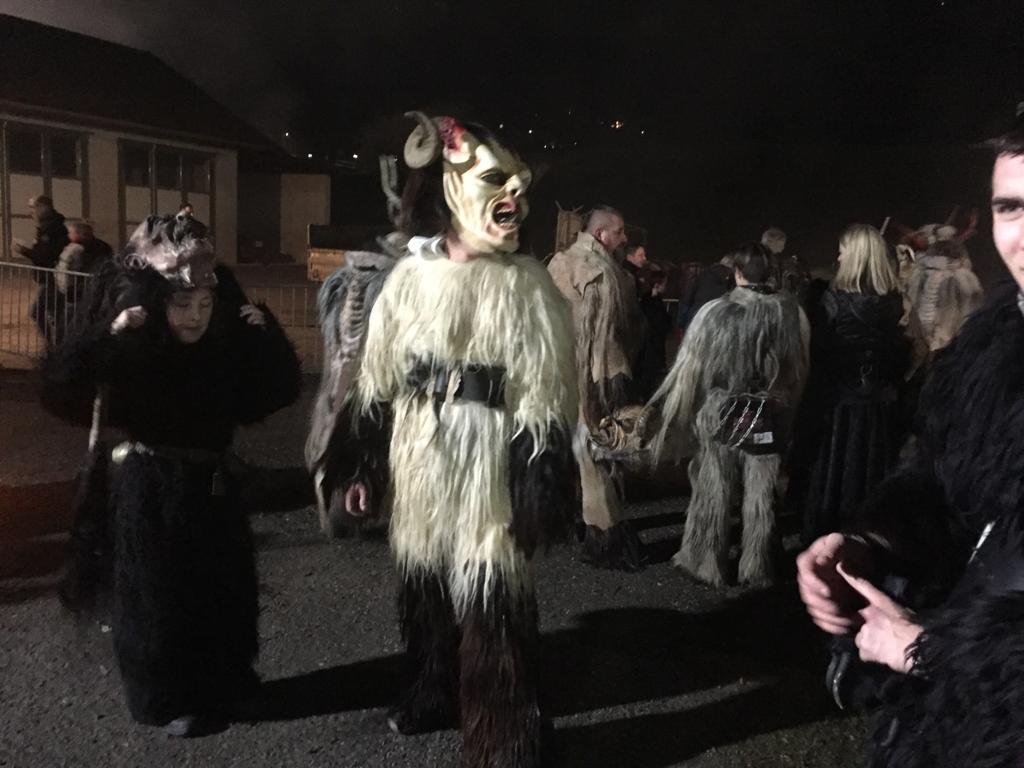