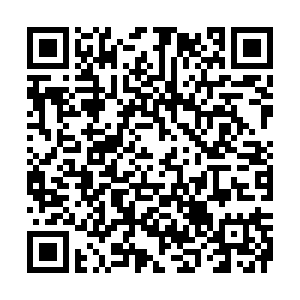 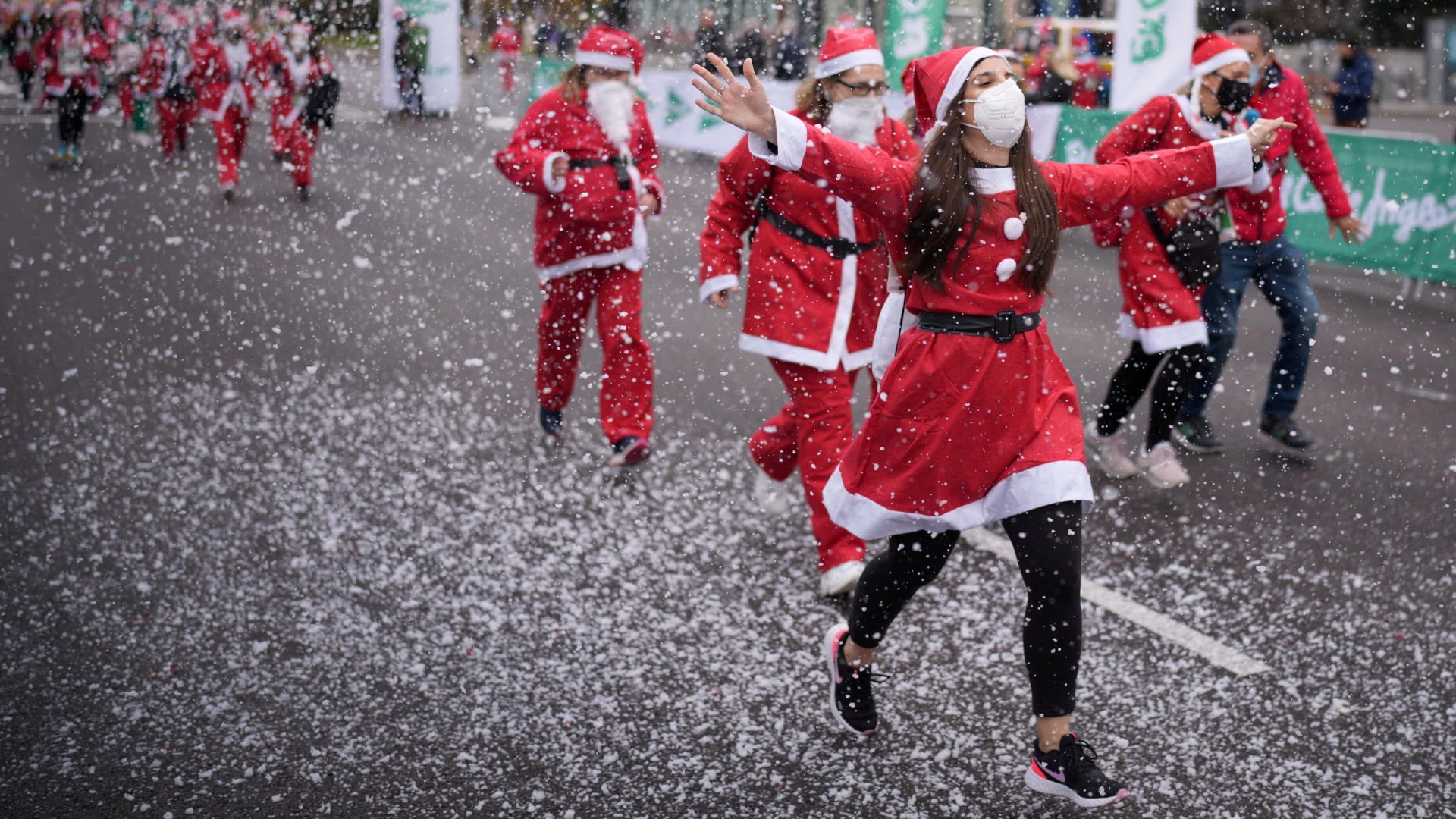 This year's annual charity event raised money for the victims of the Cumbre Vieja volcano in La Palma./Juan Medina/Reuters

This year's annual charity event raised money for the victims of the Cumbre Vieja volcano in La Palma./Juan Medina/Reuters

A sea of red hats and Santa suits can mean only one thing - that Madrid's annual Christmas run is back after its pandemic-enforced hiatus last year.
There was plenty of festive cheer and it's all for a good cause.

Fun Run for a Serious Cause
This year, proceeds from the race will help the victims of the Cumbre Vieja volcano eruption in La Palma. CGTN Europe spoke to some of the people taking part, one man said, "I think it's a great idea, these people really need it right now. They're going through a tough time. They had the volcano plus Covid. I think it's really important to help them."

A female runner said the hardships suffered by those on the island of La Palma had emotionally affected everyone in Spain. "They need all the help they can get. Every cent that can be raised is good because they need it. They have been in a critical situation for a couple of months now, whatever they need, let's give it to them." 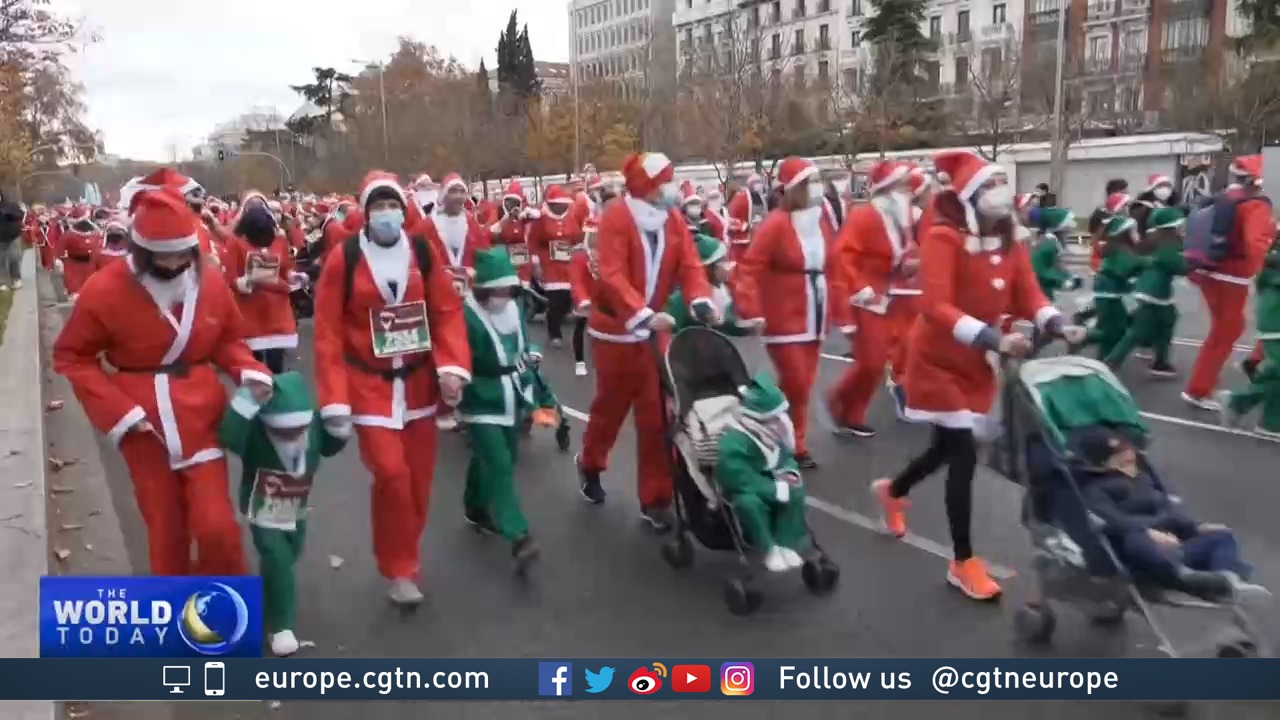 An End in Sight?
The eruptions began three months ago and there is cautious optimism that the volcanic activity is coming to end. Tremors have fallen silent for the time being and there will be an anxious wait to see if it stays that way.

Close to 3,000 people were evacuated and residents have now been allowed back to their homes to help with the enormous clear up.

Life for some will never be the same again – large areas of farmland and homes were destroyed. Rosa Maria Mateos is a scientist from the Geological and Mining Institute of Spain.

She told CGTN Europe the eruptions may be coming to an end but the volcano's after-effects would be felt for some time yet. "The surface area the lava has covered is the size of approximately 80,000 Olympic swimming pools. A huge amount of lava was ejected out of the volcano. It will be months or even up to a year before that cools down."

Experts have said they will wait for another week, and if there is still no seismic activity - they will declare the volcanic eruptions over. The residents of La Palma will certainly hope the finishing line is in sight.