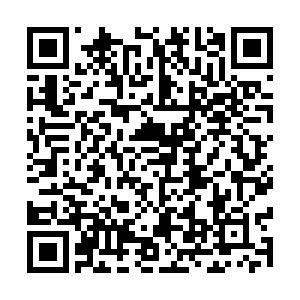 Several European Union countries are imposing domestic and international travel restrictions, in response to rising cases of COVID-19 across the continent.

The pace of transmission of the Omicron variant is prompting swift and drastic action by governments. The Netherlands, with 123 recorded cases of Omicron, has announced a two-week lockdown, despite 85 percent of adults being fully vaccinated.

All non-essential businesses have been forced to close, such as bars and restaurants. There are also limits on socializing between households over the Christmas period.

Dutch Prime Minister Mark Rutte described the decision as "perhaps the worst moment of the crisis," although he insisted the move was justified. 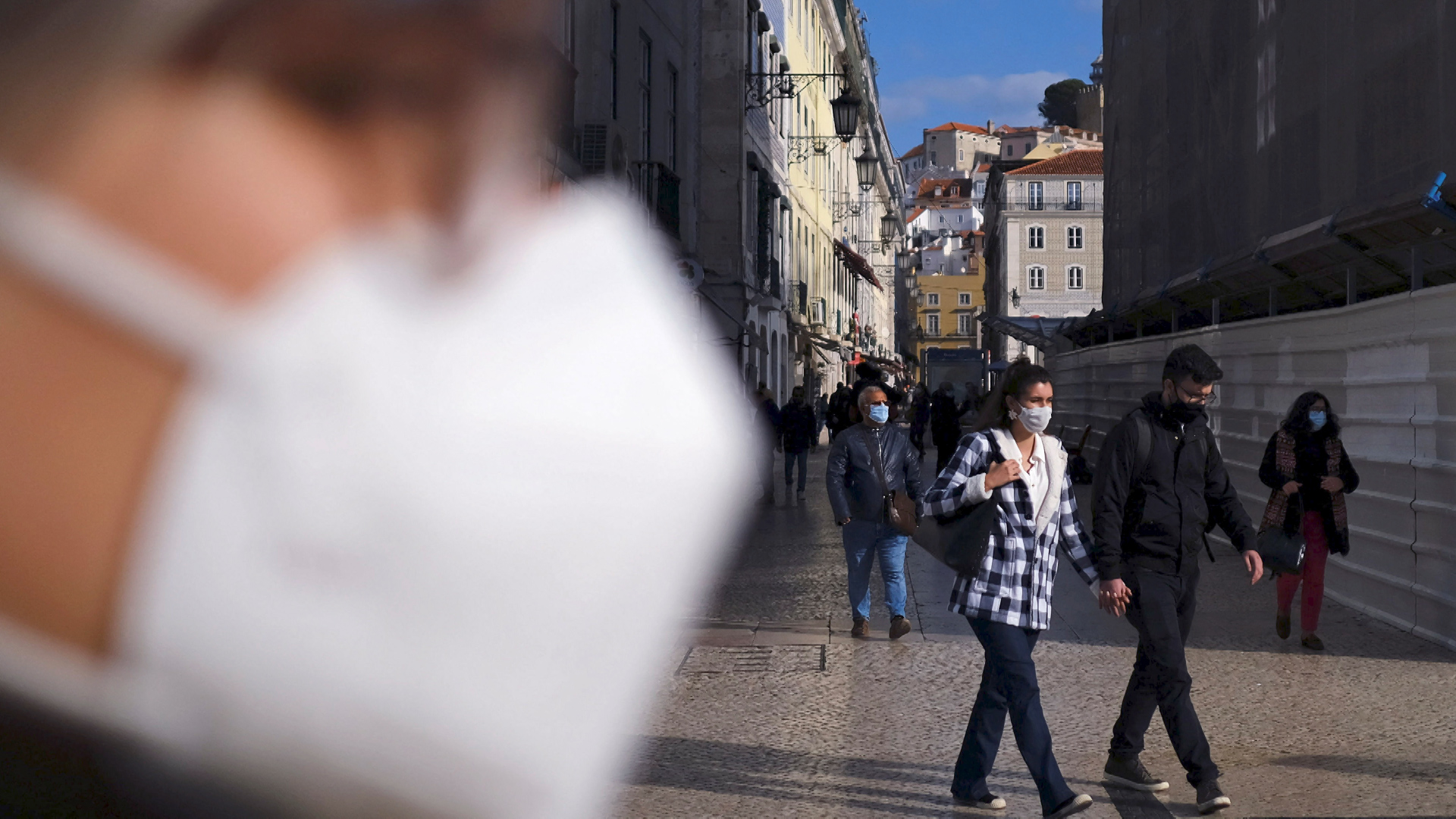 Wearing masks, maintaining social distancing and working from home have returned in many countries across Europe this winter./Reuters

Wearing masks, maintaining social distancing and working from home have returned in many countries across Europe this winter./Reuters

Meanwhile, the Belgian government has not ruled out introducing similar measures — its consultation committee is meeting on Wednesday.  Elsewhere, Paris's famous New Year's Eve fireworks have officially been scrapped, and concerts on the Champs-Elysées are now canceled.

France shut their door to Brits over the weekend, leaving many ski resorts in financial disarray, with many relying on British tourists for business during the winter months.

Health Minister Olivier Veran says the border controls would be like "putting the brakes on Omicron." Yet virologists fear the strain is already present in France. They claim the number of variant cases is ten times higher than the official figure of 347. 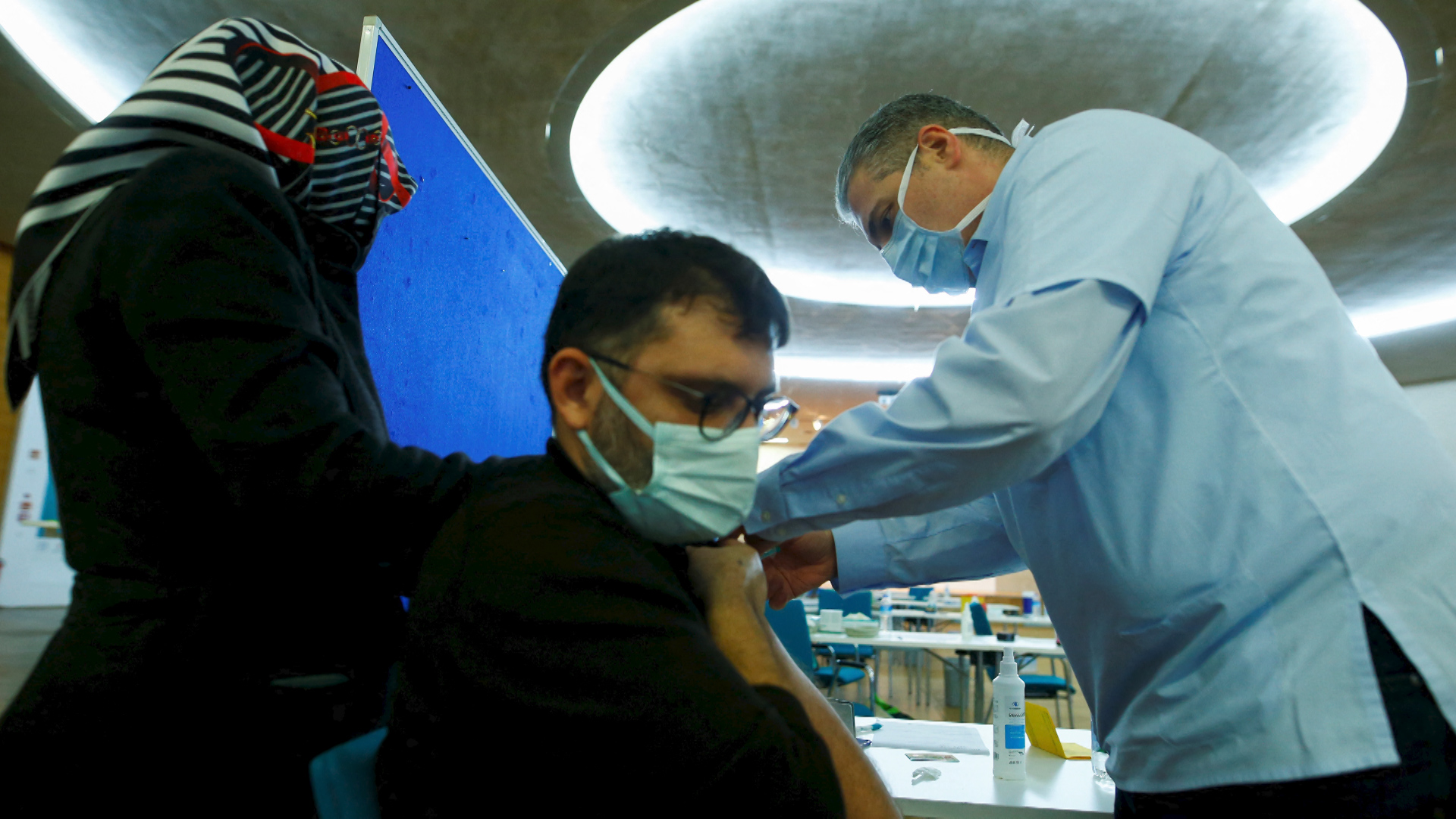 Most countries are encouraging the public to take booster jabs which increase the level of protection from COVID-19./Reuters

Most countries are encouraging the public to take booster jabs which increase the level of protection from COVID-19./Reuters

The sudden curb has been echoed by Germany, which has effectively barred UK tourists from entering. German citizens or residents coming from the UK must take a PCR test and quarantine for 14 days upon arrival, regardless of their vaccination status.

Karl Kauterbach, the Germany health minister, admitted the travel ban would not stop the spread of Omicron, with 102 cases logged in the country so far. But he argues it would nonetheless slow it down. "We cannot prevent the spread, we can only delay it," he said. "The longer it takes for Omicron to get a grip on Germany, the better.”

The bloc's drug regulator has approved a new jab for immediate use, Novavax. It is the fifth coronavirus shot authorized for the EU, which has signed a deal to buy up to 200 million doses of the two-shot vaccine.

Novavax says its vaccine showed 90.4 percent efficacy against COVID-19 in a North American trial.
The UK has seen the most intense outbreak of the new variant, with record numbers of infections in recent days. However, about 40 percent of the population has received a booster shot of the vaccine, compared with an EU average of less than 22 percent.

Despite the success of the vaccine rollout Prime Minister Boris Johnson is under pressure to increase restrictions after scientific advisors warned the National Health Service could be put under severe pressure as staff shortages impact its ability to cope with an increase in patients.

Johnson has said the government "reserves the possibility to take further action" but has avoided a lockdown for now to protect the hospitality sector. The CEO of UK Hospitality, an industry association told CGTN's Global Business program that the sector faces an unprecedented number of closures if financial support is not forthcoming.