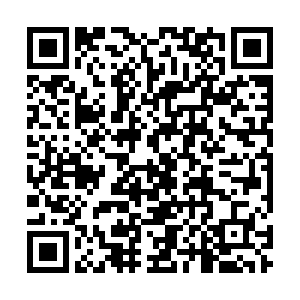 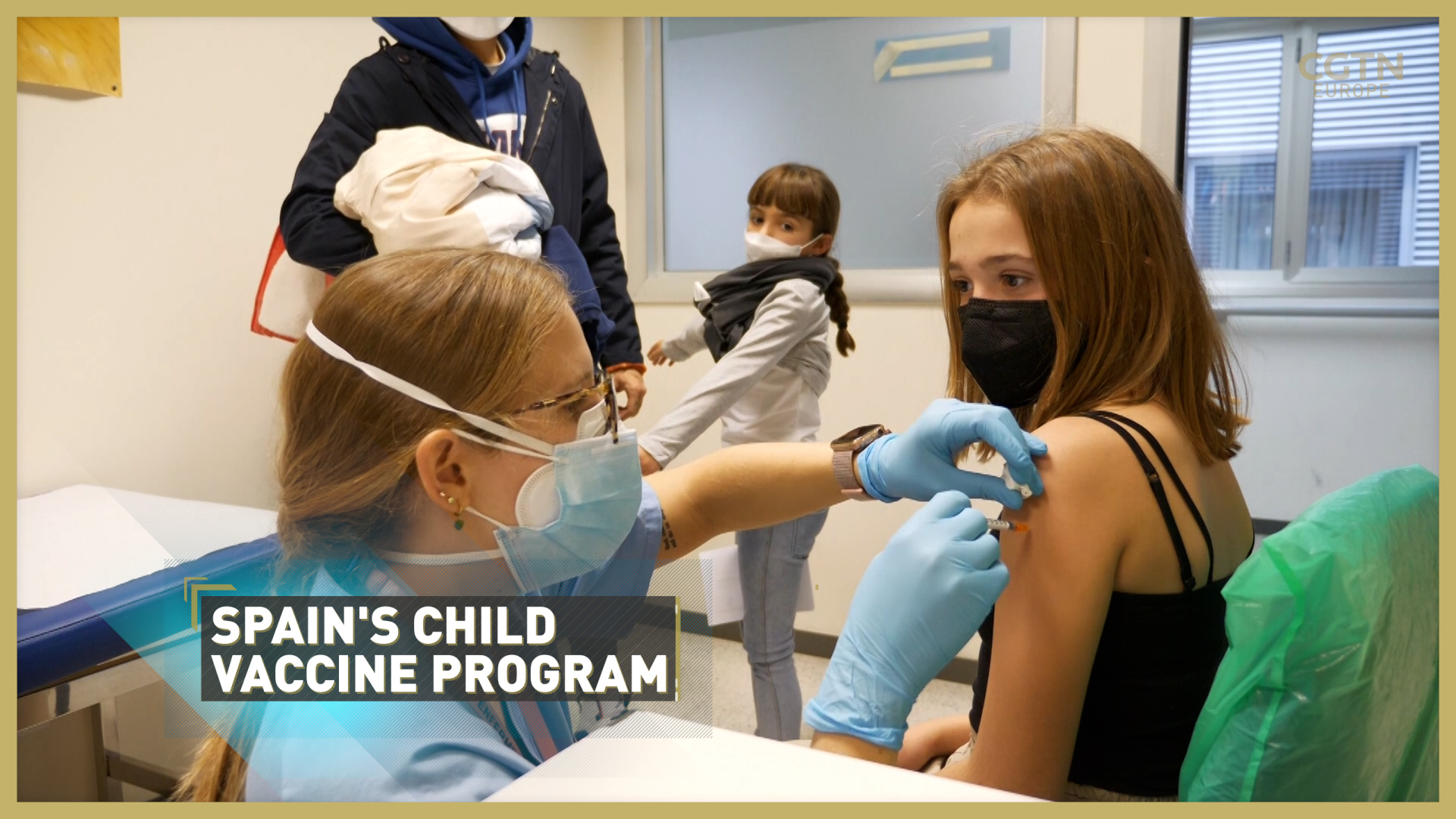 What began 12 months ago in Spain with essential workers, the elderly and the most vulnerable has come full circle now – with the youngest members of the population next in line.

Children aged five to 11 are now eligible for a COVID-19 vaccine and the Health Ministry has recommended the oldest go first. They will receive the Pfizer-BioNTech pediatric vaccine.

Most parents in favor

Recent surveys have suggested the uptake will be high. Around three-quarters of parents interviewed by polling firm Appinio were in favor of their children being vaccinated.

CGTN Europe visited a vaccination center in Madrid and spoke to parents who were bringing their children to be inoculated.

"I would like to believe this is a good decision," said one mother. "We had our doubts, of course, but it's a gamble worth taking with the information that we have available to us now."

Another added "I didn't doubt it for a single second. It was the same for adults and now it's the kids' turn. They are one of the main spreaders of the virus. The infection rate keeps going up, so we need to vaccinate them."

There has been push-back in some quarters. A minority of parents have questioned the need to vaccinate children who have, until now, been largely resilient to COVID-19. Experts have also suggested there could be a fear of needles among younger children.

But here in Madrid, according to Jose Luis Ruibal, pediatric director at the Hospital Infanta Cristina, the response has been positive. 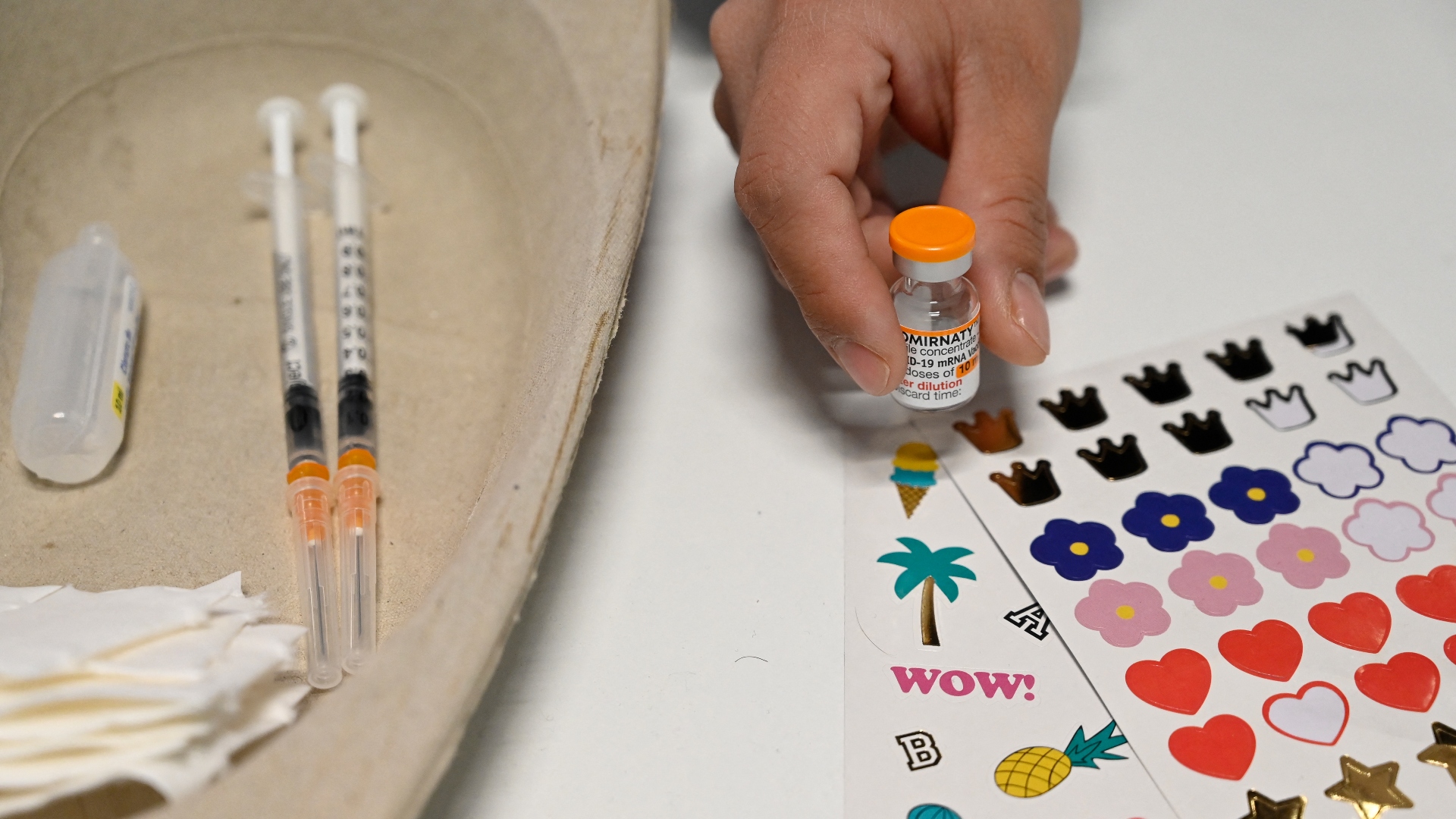 At the Principe de Asturias de Alcala hospital in Madrid, child patients were rewarded with a sticker after receiving a COVID-19 vaccine. /Oscar del Pozo/AFP

At the Principe de Asturias de Alcala hospital in Madrid, child patients were rewarded with a sticker after receiving a COVID-19 vaccine. /Oscar del Pozo/AFP

The European Medicines Agency approved the vaccination of children aged five and over last month, stating the benefits of the program far outweigh any potential risks to their health.

Like adults, children will be given two jabs and they will be administered two months apart. Pedro Sanchez's government has said it hopes this initiative will be a "new international success" for the country's vaccination campaign.

It remains to be seen just how many children will get vaccinated, but the early signs are promising.