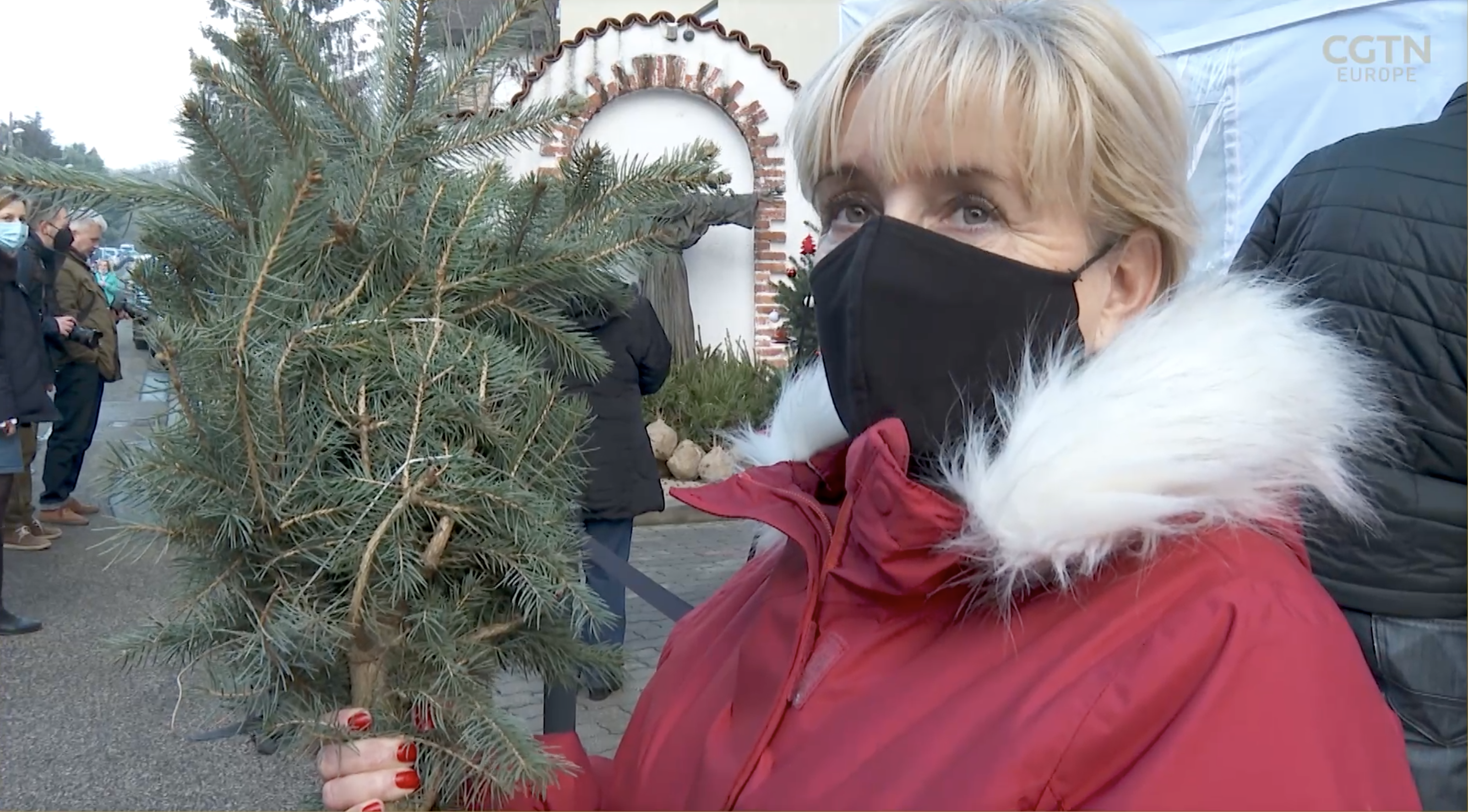 Vaccination centers around the world have resorted to all sorts of means to persuade people to get vaccinated against COVID-19, from giving out cash to free beer or donuts, or even lottery tickets.

In Budapest, a church-run hospital has resorted to giving unvaccinated patients a Christmas tree as a little extra boost to those still on the fence.

"Christmas is coming, and we thought that if the responsibility of vaccination can be shown to the families, maybe more people will get vaccinated," the director of Budapest's St. Francis Hospital, Emil Toldy-Schedel told CGTN.

The first 500 people who show they have received the first dose of the vaccine in the last month are eligible to receive the small pine tree.

Toldy-Schedel said the number of people getting vaccinated has increased five-fold since the beginning of the campaign.

The number of people who have received a third dose in Hungary (30 percent) is higher than the EU average (18 percent).

However, the country still has the eighth lowest vaccination rate in Europe. Only 62.8 percent of the population has received at least one dose of the vaccine, despite the country's many attempts to be at the forefront of the immunization efforts in the EU.

It was the first European country to use the vaccines manufactured in Russia and China, to offer the jab to 16 year-olds and the first to offer booster shots.

The low rates are in part explained by an anti-vaccination movement that grew strong amid an "unprecedented amount of health-related disinformation" that developed in the country during the pandemic, and was supported by far-right and pro-Kremlin media, according to the independent policy research group Political Capital.

The government has tried to counter the low inoculation rates by holding frequent vaccine drives, removing mandatory registration and recently allowing children over the age of five to receive the shot.

Prime Minister Viktor Orban has repeatedly urged the public to get the third shot.

"The experts are unanimous in saying that four to six months after the second vaccination, the protective power of the vaccine weakens. Therefore, a third vaccination is justified," Orban said on November 19, when the country was seeing a rapid rise in COVID-19 infections. By the end of the month, Hungary registered the highest number of active cases in one day since the beginning of the pandemic.

"I can say no more than that I myself took the third vaccine after the second vaccination. I have not caught this virus yet and if I do, I hope it will not knock me off my feet," Orban announced.

At the St. Francis Hospital, a soldier distributes the tiny pine trees to patients as they arrive at the building and show their vaccination card.

"I am very happy. I will plant this tree in the garden and I will remember my vaccination," an elderly woman tells CGTN as she carries the tree up the street.

Those who do not wish to keep the tree after Christmas can return it to the hospital.

"We will plant them somewhere so we will always have a reminder of what happened [during the pandemic]," the hospital's director says.