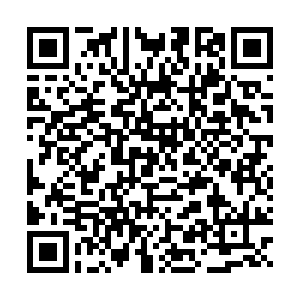 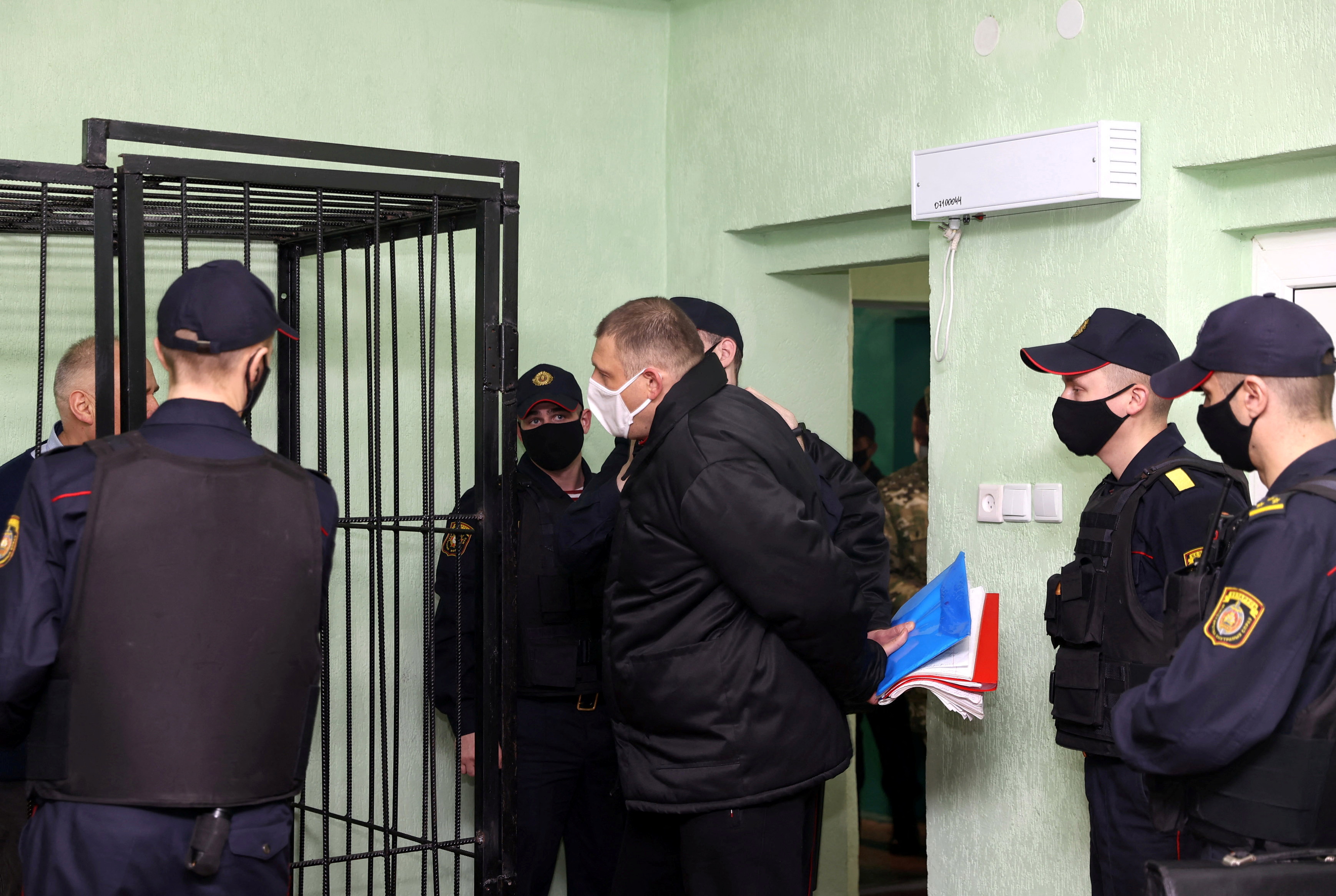 Syarhei Tsikhanouski, a video blogger and the husband of Belarus' opposition leader Sviatlana Tsikhanouskaya, is escorted before a court hearing in Gomel (Homel), Belarus. Sergei Kholodilin/BelTA/Reuters

Syarhei Tsikhanouski, a video blogger and the husband of Belarus' opposition leader Sviatlana Tsikhanouskaya, is escorted before a court hearing in Gomel (Homel), Belarus. Sergei Kholodilin/BelTA/Reuters

Syarhei Tsikhanouski, the husband of Belarus's opposition leader, was sentenced to 18 years in jail on Tuesday for organising mass unrest and inciting social hatred, according to the official Belta news agency.

Alongside him, five supporters were tried and sentenced to prison terms ranging from 14 to 16 years.

Tsikhanouski, a video blogger, was jailed in May 2020 as he prepared to run against Belarus leader Alexander Lukashenko in a presidential election in August that year. He denied the charges.

Tsikhanouski's trial was closed to the public and lawyers were banned from disclosing details of the case.

His wife Sviatlana Tsikhanouskaya ran in his place in the election, which led to months of mass protests after Lukashenko claimed a landslide victory and the opposition accused him of rigging the ballot.

A few hours before the verdict was pronounced, Tsikhanouskaya called it "illegal" and something that "should not be tolerated".

"Commenting on the so-called "verdict", I will ask myself only one question: what will I do with this news? And I will continue to defend the person I love, who has become a leader for millions of Belarusians," she said in a video message.

"I will try to do something very difficult, perhaps impossible, in order to bring closer the moment when we will see him in the new Belarus."

Tsikhanouskaya fled to neighbouring Lithuania to escape a sweeping crackdown after the election. She has since gained prominence, meeting an array of Western leaders.