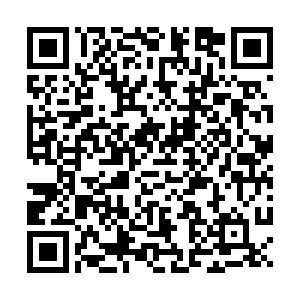 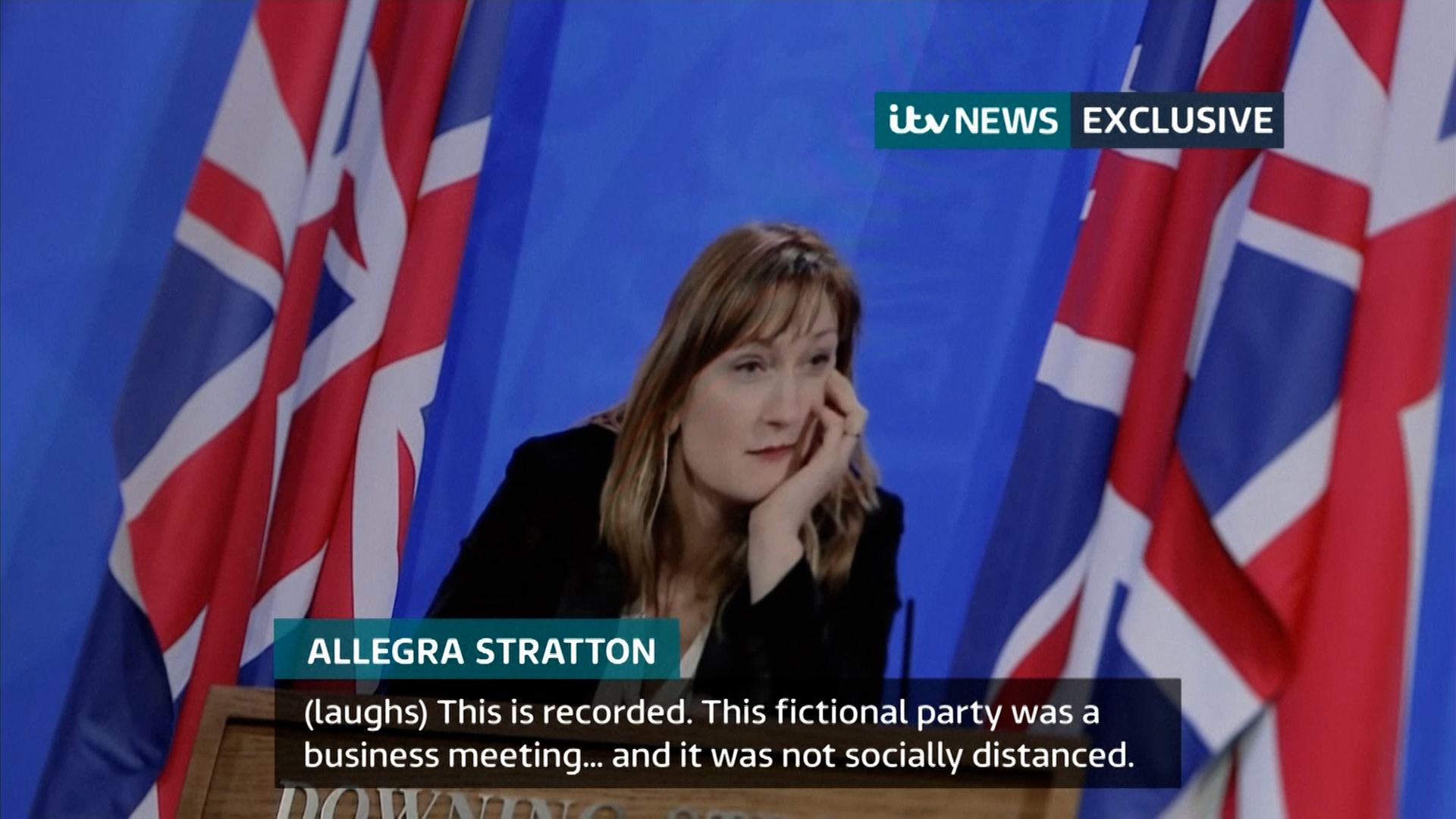 It was a video the public was never intended to see. In a multi-million dollar room designed to offer briefings to improve the government's image, a newly hired star spokesperson stood up last December to answer practice questions from the UK prime minister's staff.

"Would the Prime Minister condone having a Christmas party?" came one question.

"It wasn't a party... it was cheese and wine," someone else chips in, alluding to the fact that parties were banned under government COVID-19 guidance at the time.

"Is cheese and wine alright? It was a business meeting," Stratton queries uncertainly.

The exchange reads like a comedy sketch, but the joke has fallen very much flat after the video was leaked to the media following repeated denials from Johnson and his staff of media speculation about a party in the prime minister's Downing Street residence.

At the time, the rest of London and large parts of England were under strict COVID-19 restrictions, meaning socializing with those outside your household was illegal. While businesses were authorized to continue to function, Christmas parties and other events were specifically outlawed.

Adding insult to injury, millions of people across the UK were forced to spend Christmas without their families, as a surge in cases last winter meant tighter restrictions were brought in for the festive period at the last minute. Prosecutions for some of those accused of breaking the rules are still underway.

On the day in question, December 18, last year, 514 deaths were reported from COVID-19 in the UK and the families of the victims have spoken out against the perceived hypocrisy of the government. 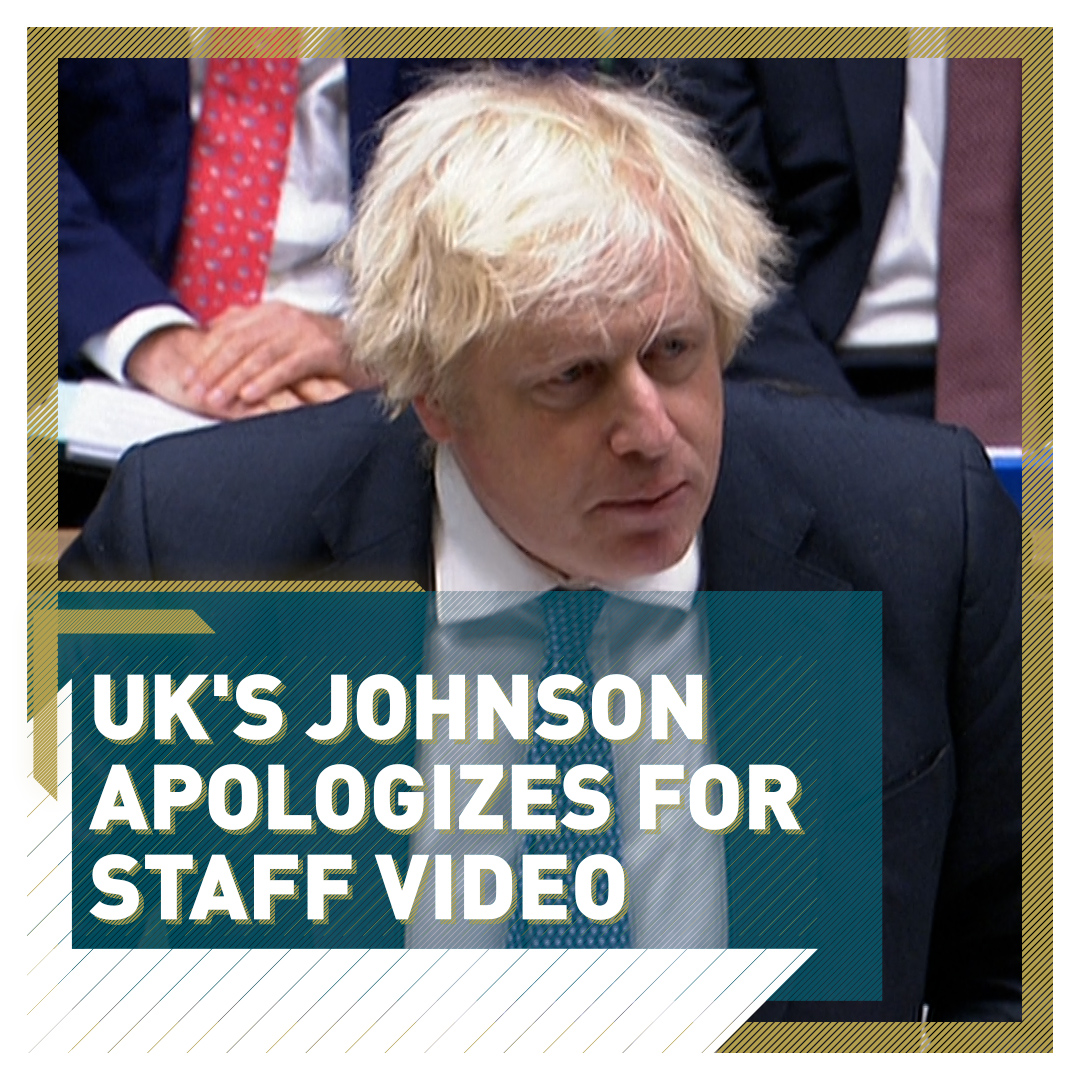 After days of brushing off questions about the event, Johnson faced MPs in parliament on Wednesday. Confronted with the contents of the video, he "apologized unreservedly" to the British public "for the offence caused" by the video but continued to insist "there was no party." He announced an internal investigation to uncover the more details.

"I understand and share the anger up and down the country at seeing staff seeming to make light of lockdown measures and I can understand how infuriating it must be to think that the people who have been setting the rules have not been following the rules.”

He added: "It goes without saying that if those rules were broken, then there will be disciplinary action for all those involved.”

Many opposition lawmakers responded with anger and some, including the Scottish National Party's leader in Westminster, Ian Blackford, called for Johnson to step down.

"Millions of people now think the prime minister was taking them for fools. They were lied to," said leader of the Labour party, Keir Starmer. 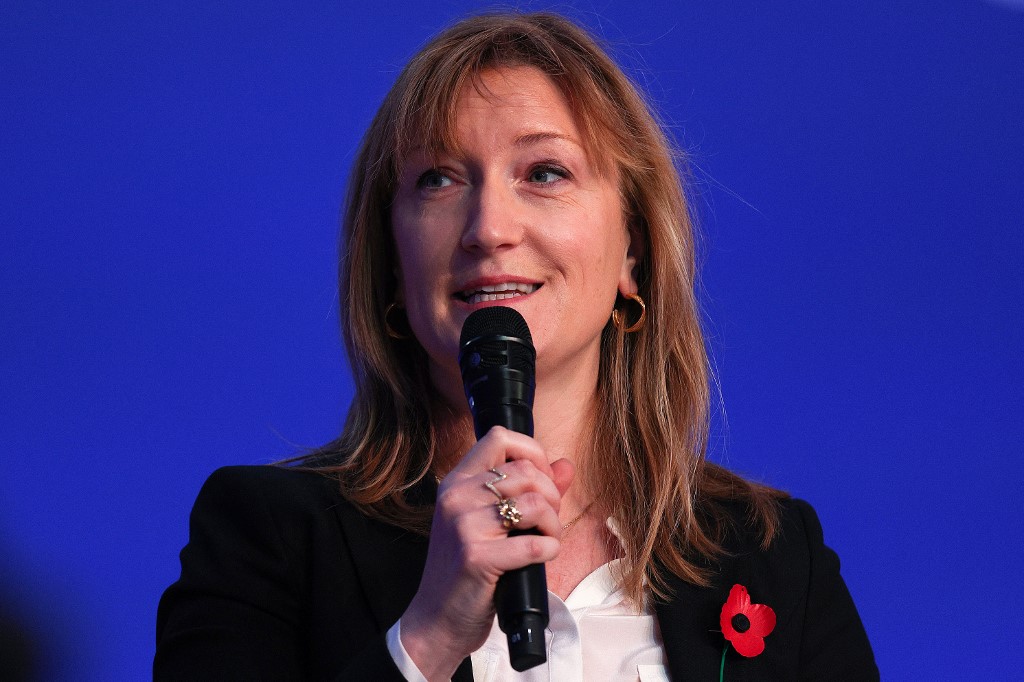 Stratton is a former BBC and ITV journalist /AFP

Stratton is a former BBC and ITV journalist /AFP

Stratton, who ultimately never faced the public as Johnson's spokesperson and had been moved to a job on the COP26 summit, subsequently resigned.

"I understand the anger and frustration that people feel. To all of you who lost loved ones, endured intolerable loneliness and struggled with your businesses – I am sorry," she told journalists outside her home.

Many people around the UK will be furious that No. 10 staff were joking about the issue while thousands were hospitalized with the disease and millions more were adhering to lockdown.

The wider worry for officials could be a lack of confidence in any future government messaging and guidance. Johnson and his government have brushed off high-profile controversies over their handling of the pandemic before but this issue could be different.

There's the potential illegality of it, along with the way it's been handled that is causing even some of his own supporters in parliament to question the prime minister's integrity.

On Wednesday, UK cabinet ministers are meeting to discuss bringing in tougher restrictions to try and slow the spread of the Omicron variant. The so-called Plan B could include working-from-home orders, face mask mandates in more public areas and the return of COVID-19 certification - or "vaccine passports" - in places with large crowds.

In a clear rebuke to Johnson's handling of the video fiasco and the timing of the Plan B discussions, his Conservative colleague in parliament, William Wragg, said "very few will be convinced by this diversionary tactic."

UK media reports suggest a press conference could be held on Wednesday to outline stricter measures. Another 131 new infections of Omicron have been recorded in the country, taking the total to 568.