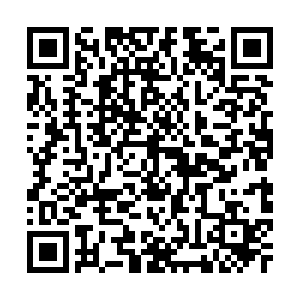 Bird flu is at "a phenomenal level" in the UK, the country's Chief Veterinary Officer has warned.

Dr Christine Middlemiss said 40 cases had been reported so far this year (compared with 26 last winter) and that 500,000 birds had been slaughtered.

She told BBC radio, "We now have a total of 40 infected premises in the UK – that's a really high number for the time of year for anything we've experienced before."

An Avian Influenza Prevention Zone was declared across the UK in November, meaning that all bird keepers  - whether they have pet birds, commercial flocks or just a few birds in a backyard flock - have to keep their birds indoors and follow strict biosecurity measures to limit the spread of and eradicate the disease.

Bird flu can have a devastating effect on wild and domestic bird flocks. It is generally spread by wild birds, so is hard to contain.

Migrating birds which spend their summer in northern regions are thought to exchange viruses with others, spreading them when they return south for the winter.

Scientists are considering whether global warming could be altering flight pathways in a way which might explain the increase in bird flu cases.

A case of bird flu was reported on a small, private farm with ducks and hens in southern Sweden.

Sweden last month ordered that poultry must be kept indoors to avoid contact with wild birds.

Hungary reported an outbreak at a turkey farm, while authorities also found the virus in a dead swan in the country's eastern region, the National Food Chain Safety Office said.

The outbreak in the county of Bekes led to the slaughter of nearly 5,000 turkeys on a farm where the virus was detected.

An outbreak  killed 22 birds at a sanctuary in the northern district of Huentwangen near the German border, with another eight birds slaughtered,  according to the Paris-based World
Organisation for Animal Health.

Austria found a case of bird flu on a small chicken farm near Vienna airport and ordered poultry farms with more than 350 birds to keep them indoors, according to Public Health Agency AGES.

The Czech State Veterinary Administration forced the country's poultry farms to keep flocks indoors, with some exceptions, to cut the risk of bird flu outbreaks.

The Czech Republic had detected five outbreaks on poultry farms since the end of September and further cases in several wild birds.

Authorities reported a suspected outbreak of  H5N1 bird flu at a second farm, just days after the country's first confirmed case led to a cull of some 7,000 poultry.

The two farms are neighbours in the Rogaland county of south-west Norway, a key farming region.