Download
Climate Icons: Dino the camel cleans up the beaches of Biarritz
Ross Cullen in Paris 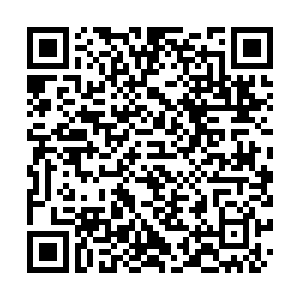 On the Atlantic beaches of southwest France, it is likely you will see seagulls wheeling through the sky. There may be seals lazing on the sand. There will be surfers in the waves and people walking their dogs on the strand.

You might not expect to see a camel plodding along, carrying big bags of trash on its back... but that is what's happening on the beaches north of Biarritz.

Franck Doens and his camel Dino form the core of a rubbish-collection project staffed by volunteers, picking up the mostly plastic waste that washes up in some of France's most picturesque places.

Omicron: What we know so far

The volunteers walk up and down the golden sand collecting the rubbish that ends up on the beach. When their bag is full, they drop the waste into Dino's big sacks. Dino, under the watchful eye of Franck, wanders slowly along with the volunteers, hauling the bags tied on either side of his hump.

The association that Franck founded, Camel'Idees de l'Atlantique, was established with the goal of using rescue camels and local volunteers to clean up the beaches in this part of France. Dino was born in a circus and Franck knows he is much happier now, either in the fields of the farm at home or working on the beach.

"We had such a great bond from the beginning, within minutes we knew he would be the animal we would start this project with," said Franck.

"We've been working on this project for three years. I've been living here for 40 years and we can see a difference in the origins of the waste."

He says his project is an example of both a campaign to reduce pollution and rubbish as well as to support rescue animals.

As we look around the sparkling sand and the shining sea under a cloudless sky, the picture is almost perfect. Almost, because Franck warns that picture-postcard beaches do not exist – there are too many microparticles of plastic in the sand for that.

"Every day we buy products we don't need. This overconsumption creates an overproduction. Big companies produce more goods and inevitably produce more heat and gas that has a terrible impact on the ozone layer," he says.

"Today, we manage to quantify the pollution on the shore via rubbish collections like ours and the latest data tracking on boats. But we still don't know what's left in the ocean. The worst is yet to come."