Download
UK not qualified to be a teacher on human rights, Chinese embassy says
CGTN 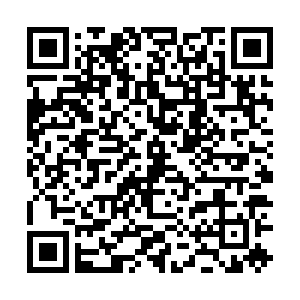 China's embassy in London has responded to criticism in a UK government report on human rights by questioning Britain's right to judge other nations.

The report by the UK Foreign Office listed China among countries with a "deteriorating" record, citing the situations in Hong Kong, Xinjiang and Tibet.

China, which maintains that its policies within its own country are purely internal matters and of no concern to third countries, nevertheless has repeated that it is improving the lives of all its citizens.

Religious rights are fully protected in Xinjiang and Tibet; Hong Kong citizens enjoy greater freedom as a result of stability brought to the city; and economic prosperity has improved for everyone, an embassy spokesman said in a statement.

"China has historically solved the problem of absolute poverty, built a moderately prosperous society and is making great strides towards the goal of building a modern and powerful socialist country," the spokesman said.

NASA wants to crash a spacecraft

A retirement home for elephants

He accused the UK of slandering and smearing his country.

"It must be pointed out that on the issue of human rights, the United Kingdom is by no means an 'honored student' and is not qualified to be a 'teacher'," the spokesman added.

Inequality, racial discrimination and abuses committed as a result of military interventions overseas are all areas where the UK should look to improve its own record, he said.

Relations between China and the UK have deteriorated sharply since London joined Washington and Brussels in imposing sanctions on individuals and entities in China that it said were linked to human rights abuses in Xinjiang. Vigorously denying the claims, China imposed counter sanctions in March.