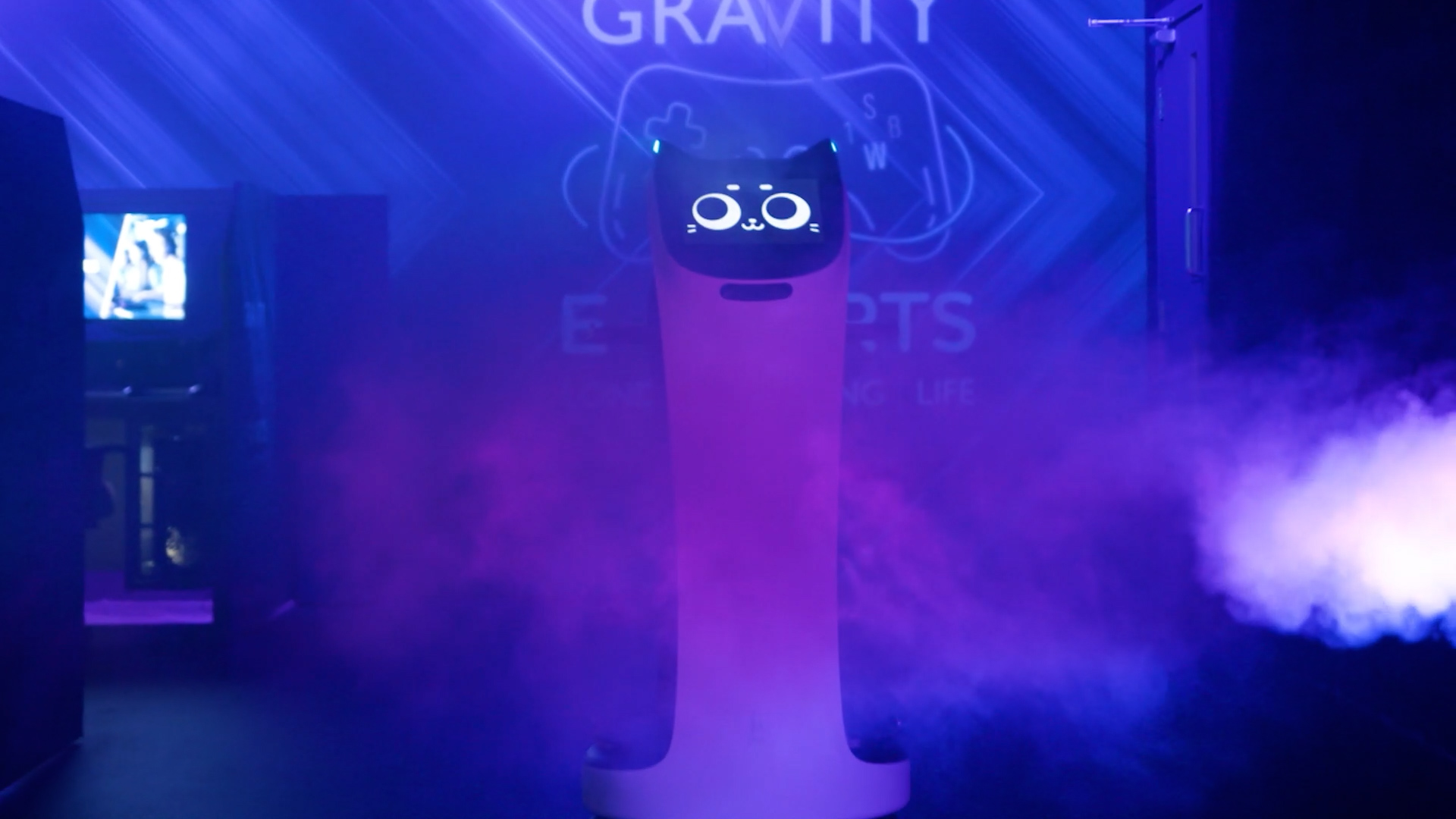 Robots have been waiting on diners in London and while they're a draw for futuristic foodies, they also have practical implications for the wider industry as the UK struggles with staffing shortages in the hospitality sector.

Bellabot is the latest employee at the restaurant in Gravity Southside leisure center in the southwest of the capital. It's being trained to deliver food from the kitchen to the dining area, carrying orders the correct table. It's early days, but Bellabot and her two robot colleagues – FinnBot and OllieBot – are proving useful.

"If we've got a smaller workforce ... It'll give us the opportunity to still run at maximum capacity by having the robots in place," Peter Webdale, operations manager at the site, told CGTN Europe.

Brexit and the COVID-19 pandemic have led to a well-publicized shortage of workers in the UK's hospitality sector, with official data indicating more than 1 million job vacancies across bars, restaurants and hotels. But one Chinese company hopes to help fill these gaps with robots.

Shenzhen-headquartered Pudu Robotics already supplies robots to more than 60 countries, including some across Europe. It sees the UK market as holding great potential, with robots already operational in two London sites.

Sam Fu is heading UK operations. "We entered the UK market, not that early, but I still think the UK will be a large market in the future," he told CGTN Europe. "The first reason is that our robots can work with the waiter or waitress and the second reason is the labor shortage, which is always a hot topic in the UK right now."

The idea of using robots in the hospitality sector has been given a cautious welcome by British work unions.

Dave Turnbull from Unite the Union, which represents hospitality workers, said the use of robots could be a positive development, while warning they could not deliver the same standard of service. "If used in a sensible way, to make the work more interesting and easier, then, yes, it could be a good thing," he said.

While the robots are on a probationary period in south London, Gravity Active Entertainment has plans to roll them out at other sites in the future. The robots are also being paid an hourly wage, with the proceeds going to a children's charity, meaning it's still important to tip your wait staff.