Now in its eighth week, the Cumbre Vieja volcano is still causing major disruption and shows no signs of abating. More than 100 earthquakes were registered on Tuesday morning resulting from the eruption, with some tremors reaching close to a magnitude of five on the Richter scale.

Authorities continue to warn locals about the danger of toxic gases and the Cumbre Vieja may have already claimed its first victim. 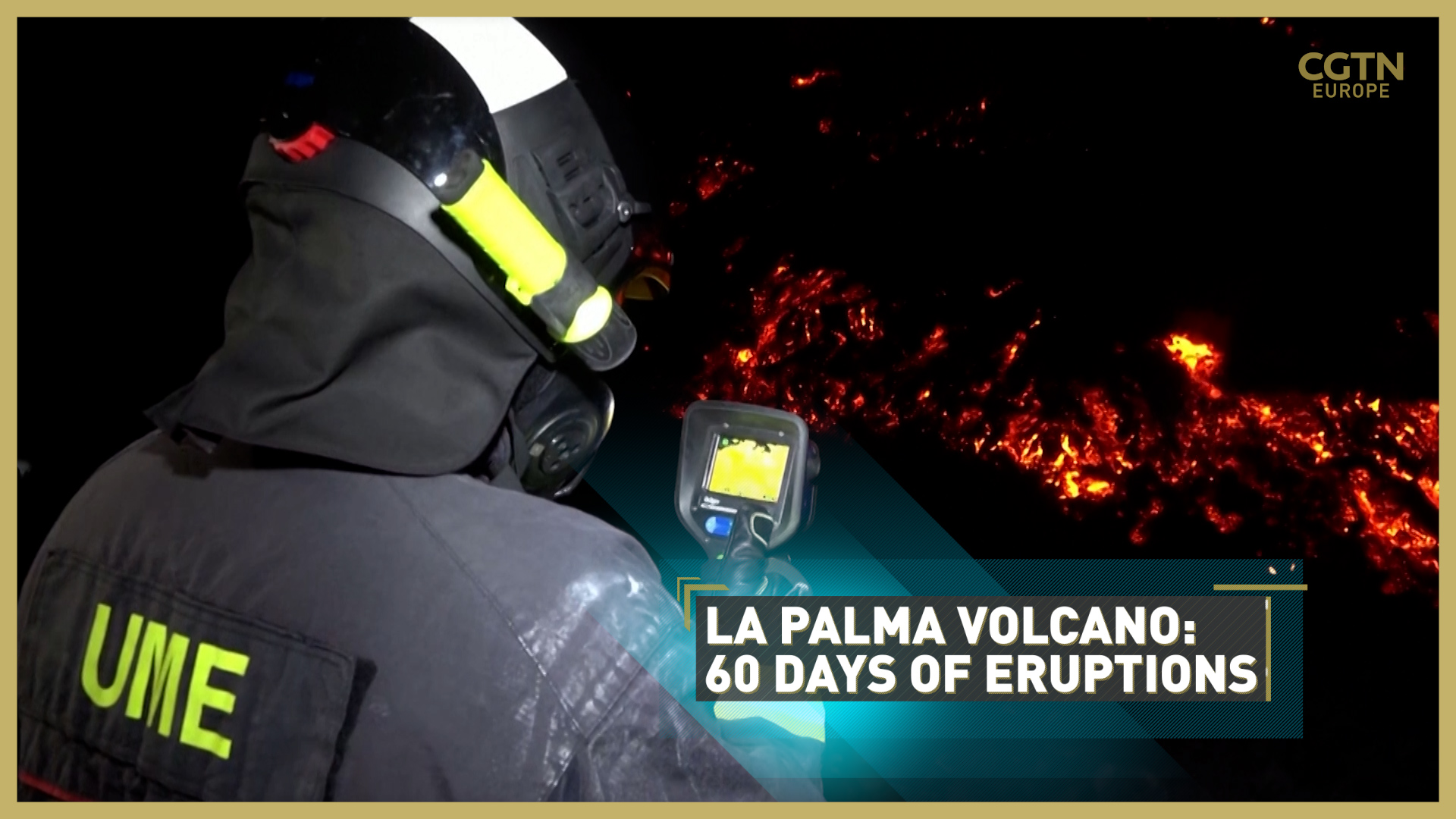 A 72-year-old man who was permitted to enter the evacuated "exclusion zone" to clear ash from his rooftop has died. Investigators are looking into the cause of death. But it's believed he could have fallen from the roof or been asphyxiated after being buried by ash.

CGTN Europe spoke to scientist Rosa Maria Mateos from the Geological and Mining Institute of Spain. She said the danger of toxic gases in particular was a very real one.

"We have seen a high concentration of gas in recent days. Sulfur dioxide and hydrogen chloride can now be found at ground level as it moves up the topography. That puts those gases in our breathing range and they are extremely dangerous."

The force of this volcano continues to be huge as it releases lava and gas. The Volcanology Institute has reported that Cumbre Vieja produces, on average, nearly 300 terawatts of energy per hour.

So, since it began, that would be enough energy to power the whole of the Canary Islands for the next 36 years.

So far, nearly 7,000 residents have been forced to leave their homes and more than 1,400 buildings have been destroyed since the first eruptions in September. School classes have also been suspended in certain areas.

The lava flow has become smaller, which has led some residents to believe it's in its final phase, although experts such as Mateos are not convinced.

"This kind of volcano works in pulses or waves, so we don't know when it will end. At times, it has seemed like it could be heading towards its end. Then, it starts to register increased activity once again," she told CGTN Europe.

Sixty days of eruptions have far exceeded the initial predictions of a short-lived event. The uncertainty for the thousands of evacuated residents and those who have lost businesses has been extremely distressing, with no apparent end in sight.