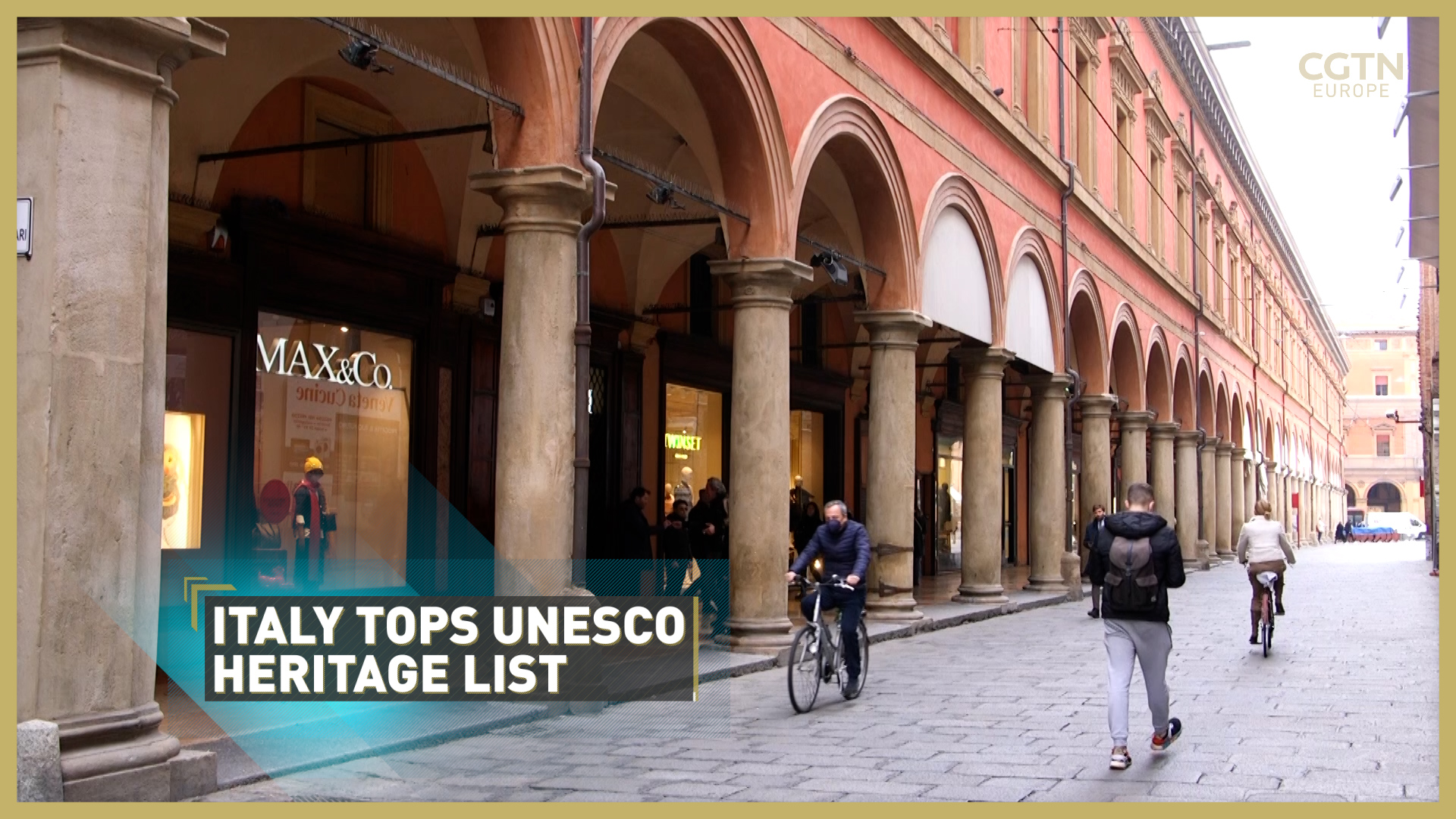 Italy now tops the list for the most UNESCO world heritage sites of any country, after three new entries this year. Following a long campaign, Bologna's unique porticoes have been recognized.

The city's new mayor, Matteo Lepore, says the ancient archways are the soul of the city and a symbol of prosperity.

"Hope is a key word for me after two years of COVID-19 and around these porticoes we have to build hope for our community. They are important because it's a public space built by the people, for the people."

The porticoes stretch 62 kilometers across the city, the majority in the historical center.

Twelve sections now have the UNESCO title, including at Piazza Cavour and the hundreds of archways leading to the Sanctuary of San Luca. Dating back to the 11th century, they represent Bologna's cultural evolution.

Valentina Orioli is a Bologna councillor heavily involved in the UNESCO project, she says: "They have a stratification through time of different characters, architectures and also different kinds of spaces – because we have porticoes of houses, public buildings, of university."

The campaign for UNESCO acknowledgement started in 2006 and those closely involved in the project say its inclusion on the list will not only help protect the porticoes, but also promote them.

"Of course, the inscription in the list is the occasion for restoring tourism and also rethinking the city branding in its whole conception," says Orioli.

"We have an opportunity to tell the world what Italy is all about and Bologna is the heart, culture and the landscape of Italy," adds Lepore.

The other two new entries from Italy include Padua's 14th century fresco cycles and the Montecatini Terme, a historic thermal town in the province of Pistoia. Other sites on Italy's prestigious list include Venice and its lagoons, the historical centers of Rome and Siena and Veneto's prosecco hills.

Italy now has the most UNESCO World Heritage-listed sites of any country, with 58 entries – followed by China with 56 and Germany with 51.

UNESCO is currently celebrating its 75th anniversary with a conference in Paris, honoring both founders and member states for their work in creating a global community – one that prides itself on protecting the world's cultural heritage.