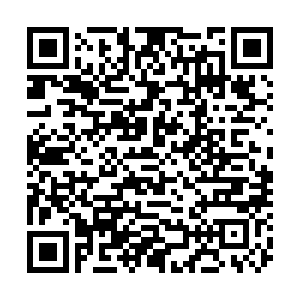 A 28-year-old Frenchman has broken the record for standing on top of a hot-air balloon at altitude.

Carrying out the stunt as part of a fundraiser, daredevil Remi Ouvrard balanced on top of the craft at a petrifying height of more than 3,637 meters over the French commune of Chatellerault.

Luckily he was in safe hands. The balloon was piloted by Ouvrard's father, Jean-Daniel, an experienced balloonist himself.

Frenchman Remi Ouvrard has broken the record for standing on top of a hot-air balloon at altitude. /Remi Ouvrard/AFP

Frenchman Remi Ouvrard has broken the record for standing on top of a hot-air balloon at altitude. /Remi Ouvrard/AFP

The record-breaker chose the altitude because it matched the phone number digits of the Telethon campaign in which he was participating in, 36-37, an annual fundraiser for researching rare neuromuscular diseases.

However, Ouvrard actually hit a peak altitude of 4,016 meters, pushing the record to new heights.

Wednesday's stunt wasn't the daredevil's first such record. Last year, he balanced on top of another hot-air balloon at 1,217 meters above sea level.

On touching down after smashing his goal this week, he told local reporters that up in the heavens, he experienced "a feeling of 'zenitude' mixed with the excitement of the performance."

Now he's setting his sights on the new feat for next year's 36-37 telethon. "I told my father about it three days ago," he said: "I [already] have an idea."