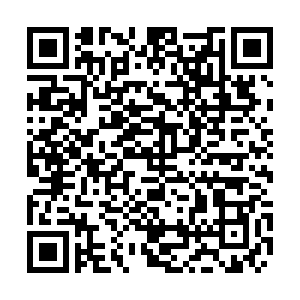 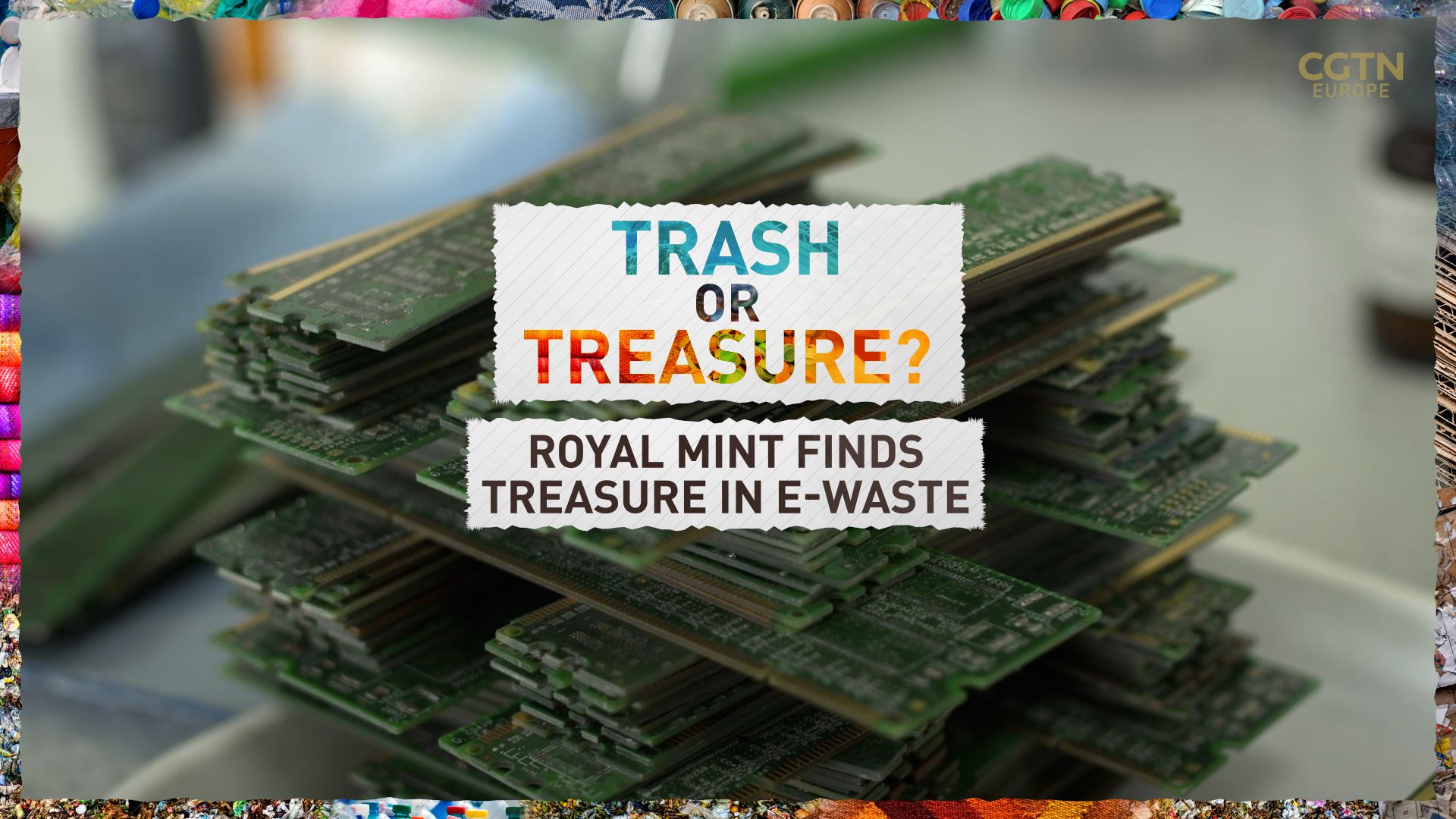 If you knew there was gold and silver languishing unwanted at the back of your kitchen drawer, would you ignore it or simply throw it away?

It sounds strange, but that's the fate of an extraordinary amount of the world's gold and silver. Because these precious metals, whose beauty has been valued for millennia, now also perform functional roles in almost all electronic devices – precisely the type that many of us use, lose, discard or ignore when we upgrade.

It's a curious and potentially lucrative area that is now being examined by many companies. One of the biggest names is the UK's Royal Mint, which is teaming up with Canadian clean tech start-up Excir to harvest electronic waste.

Founded over 1,100 years ago, in the year 886, the Royal Mint produces all the UK's coinage, so precious metals have always been its area of expertise. No wonder Sean Millard, who was appointed last year as its Chief Growth Officer, is keen to diversify into helping reclaim all that precious material uselessly caged in the back of dead devices.

"There's gold and silver in pretty much any electronic device," Millard tells CGTN, "from your kid's toy to the most sophisticated nuclear weapons and everything in between – 7 percent of the world's gold is in discarded electronics."

As a species, we discard a lot of electronics: 50 million tonnes annually, or "350 cruise ships," says Millard. "And only 18 percent of that is being recycled currently, which is a major problem and a major opportunity, both for society and for businesses." 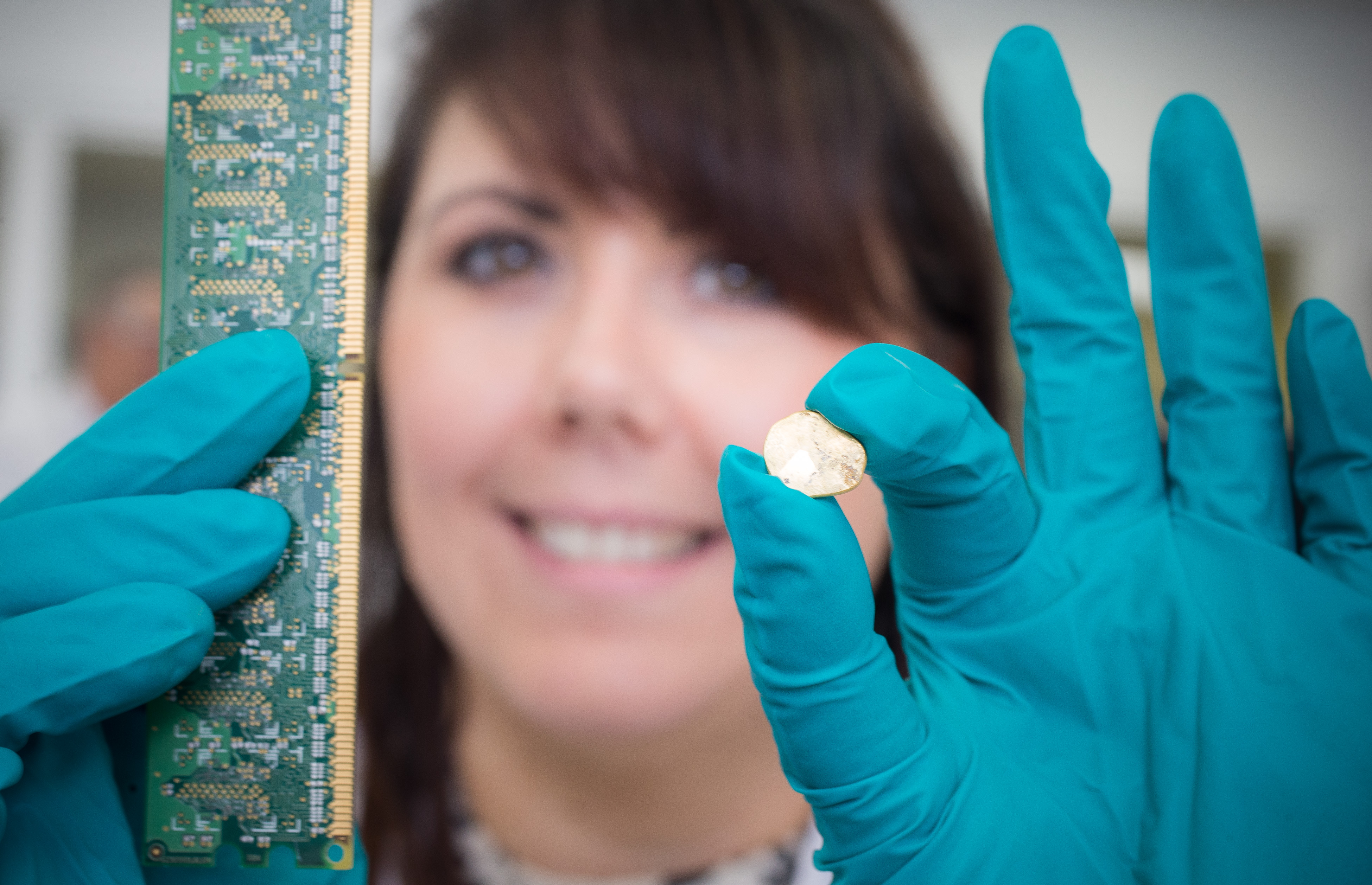 All electronic devices use gold to a greater or lesser extent. /The Royal Mint

All electronic devices use gold to a greater or lesser extent. /The Royal Mint

It's also a potential opportunity for the public. "There's 20 discarded electronics on average in everyone's home," says Millard, many of which are mobile phones. "You can post those to suppliers and they will pay you for the value of their mobile phone."

Not everybody visualizes volumes in terms of cruise ships, but how much gold is in an iPhone? Millard is frustratingly unable to give an exact answer, precisely because ever-developing technology leads to fluctuations in usage.

"The iPhone of 15 years, 10 years, five years, three years ago has different levels of gold in it – even different laptops from similar manufacturers have different levels in them," he says. "That's what makes this important, the technology that we've developed – the ability to selectively pull out the gold and only the gold."

Previous extraction techniques had been much less clinical, but Millard describes the new system with an educator's clarity. "If you think of a beaker and a printed circuit board," he explains, "if you dip that into the solution and remove it – literally it's in seconds – that solution would have taken 99 percent of it at 99.9 percent purity."

That purity is also useful further down the waste chain. "What's been happening is that they've been shipped to other countries and smelted, which is essentially burnt, to get to those precious metals and then the byproducts need to be managed – and unfortunately, in many cases, that's been sent to landfill and it's hazardous byproducts.

"That's the thing which we're really changing – it's happening on-site, at room temperature, with no bleeding of thousands of CO2 miles in either travel or smelting." 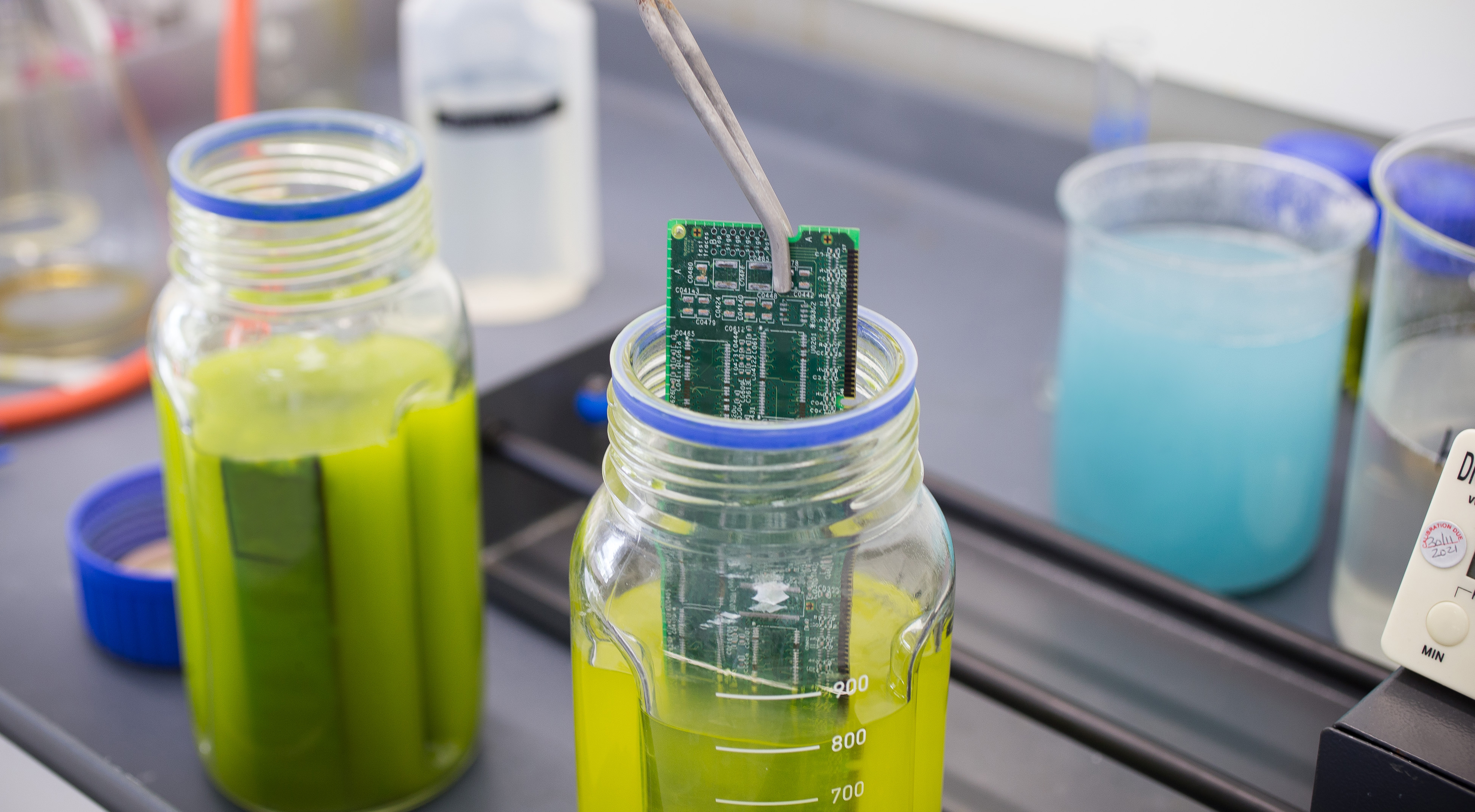 Dipped in a beaker for seconds, circuit boards are efficiently stripped of their precious cargo. /The Royal Mint

Dipped in a beaker for seconds, circuit boards are efficiently stripped of their precious cargo. /The Royal Mint

Millard and the Mint are currently exploring "some great avenues" for what to do with their own, minimal waste, as they attempt to make precious metal reclamation part of "a completely circular economy" – one he sees as a joint effort between manufacturers, consumers and salvagers.

"If you look at the drive for manufacturers to manage their end-of-life, it's an important drive that consumers are pushing," he says. "Increasingly we'll be getting better opportunities to reclaim the parts of all those phones that are valuable ourselves and be incentivized to really go that extra mile, not just throw it into the bin."

This story is part of the CGTN Europe Trash or Treasure special – a look at the challenges, innovations and solutions around Europe's waste disposal.