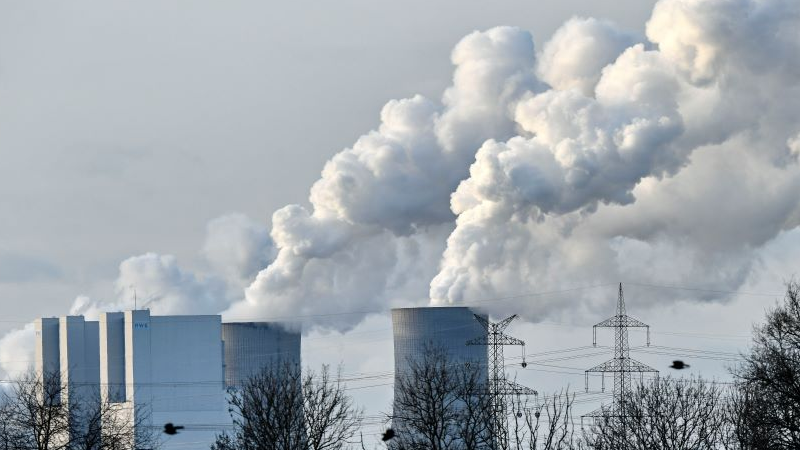 A coal-fired power plant in Germany in January 2020./Martin Meissner/AP

A coal-fired power plant in Germany in January 2020./Martin Meissner/AP

Six years on from the landmark Paris Climate Agreement, where 196 nations signed up to measures to limit the Earth's warming to 1.5 degrees Celsius, the United Nations' Environment Program revealed on Wednesday how current fossil fuel production will mean the target is missed.

The report showed that governments plan to produce at least 240 percent more coal than the Agreement allows over the next 10 years.

They are also planning for 57 percent more oil and 71 percent more natural gas than would fit with the plan to limit warming. The planet has already warmed by 1.1 degrees, but instead of cutting coal, oil, and gas production the world is "dangerously out of sync" with its targets, the UN said.

Nations are on track to produce more than double the amount of coal, oil and gas consistent with limiting global warming to 1.5 degrees. And from the current plans analyzed by the UN, fossil fuel production will actually increase until 2040.

"Governments continue to plan for and support levels of fossil fuel production that are vastly in excess of what we can safely burn," said the report's author Ploy Achakulwisut.

The International Energy Agency (IEA) revealed last week how coal-burning power generation has actually increased during the pandemic. The IEA pointed out the size of the hurdle still faced by global governments.

"Twelve gigatons [of] CO2 emissions need to be abated in 2030," the World Energy Outlook 2021 explained.

The global estimate of CO2 production is currently still nearly 40 gigatons, despite a small drop since 2015. The current trajectory suggests output will still be at least 20 gigatons of CO2 by 2050 – the date "Net Zero" should be achieved, according to the Paris accord.