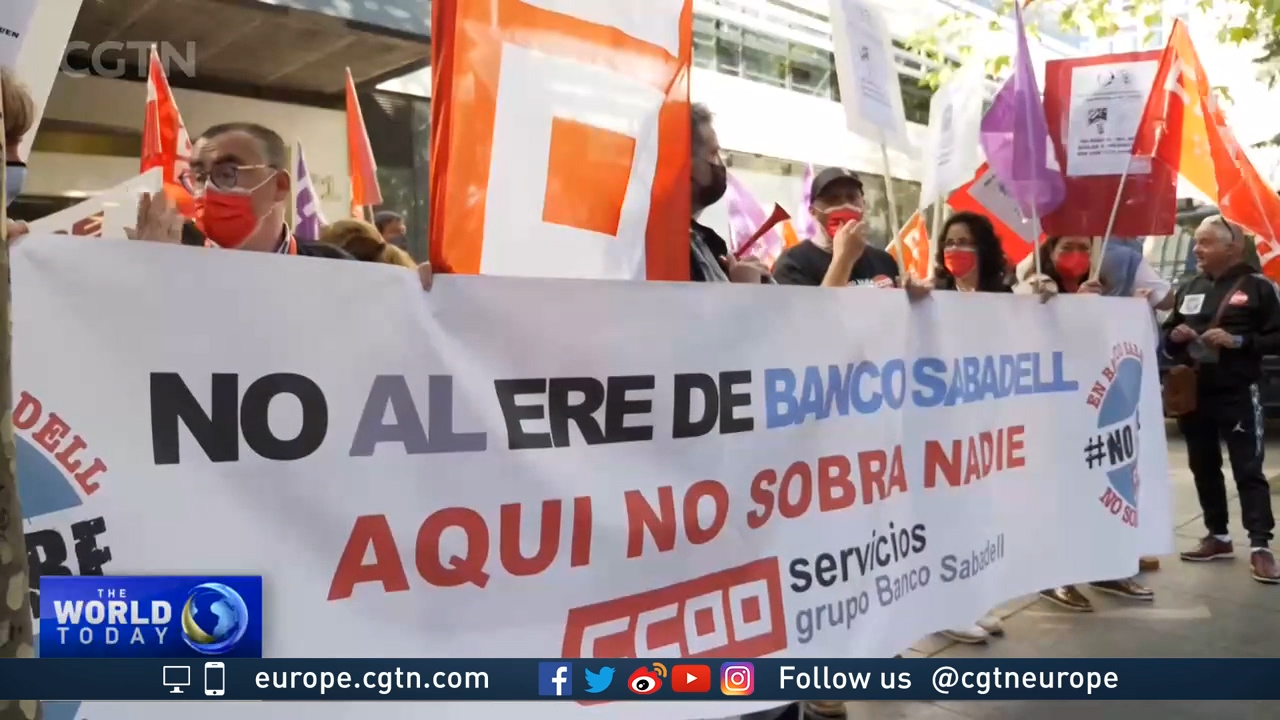 It has been a week of bad news for Spanish bank workers. The merger of the banks Unicaja and Liberbank meant the closure of 400 offices and 1,500 job losses.

It's the latest blow for an industry that has already suffered from closures and layoffs.

CGTN Europe met up with 55-year-old Francisco Ramirez who used to work for another of Spain's big banks Banco Sabadell, which cut more than 1,900 posts last month.

At a demonstration in Madrid, Ramirez said that he wanted better severance conditions and a chance for his voice to be heard.

"I am here to protest for my rights, which I think are legitimate. They haven't thought about how much this would hurt people and they had an opportunity to do this differently."

Catalonia-based Banco Sabadell made similar cutbacks just 12 months prior, and others have also followed suit. Santander closed over 1,000 branches last December, with the loss of over 3,500 jobs.

Banco Sabadell claims their failed merger with larger rival BBVA led investors to call for more drastic action and so had to act, prompting the redundancies. 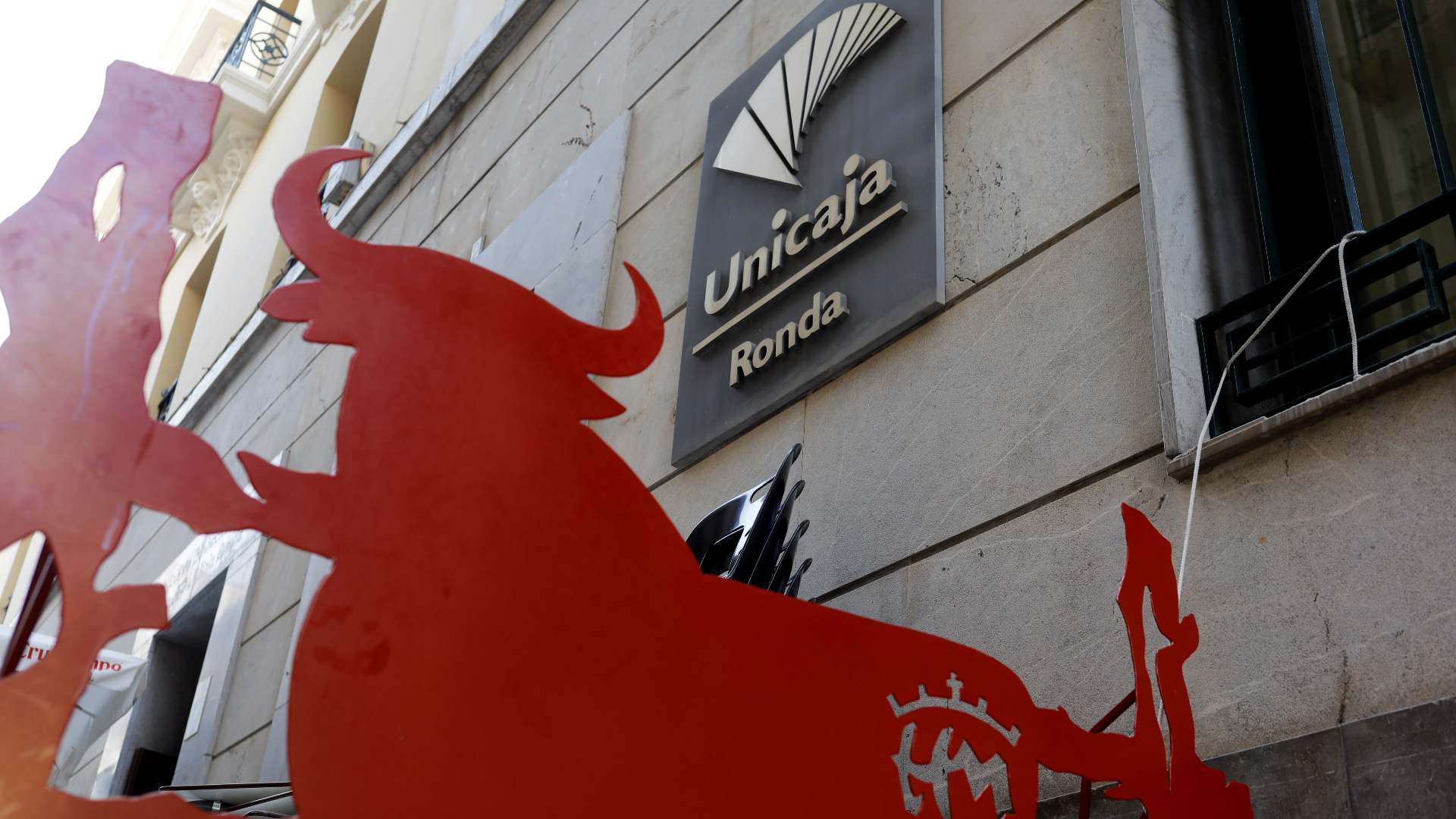 The logo of Unicaja bank in southern Spain. Its merger with another bank resulted in over a thousand jobs lost. /Jon Nazca/ Reuters

The logo of Unicaja bank in southern Spain. Its merger with another bank resulted in over a thousand jobs lost. /Jon Nazca/ Reuters

The pandemic's financial fall out

The pandemic itself did force many older and more traditional customers to begin online banking, thus reducing the need for physical in-person banking. In just the first half of this year alone, the industry has closed 10 percent of all its branches with more reductions expected.

The banking industry has also suffered from a climate of ultra-low interest rates. Traditionally, banks earned money through lending but now that source of income is drastically reduced.

Gonzalo Garland, an economics professor at Madrid's IE University, told CGTN Europe that this reorganization was long overdue as Spain is second only to France in Europe with the most bank branches per person.

"I think this is a global phenomenon, not only in Spain. It's happening everywhere in the world," he said. "In some places, it might happen faster or slower, and there might be other factors, but the truth is there is more online banking and therefore less and less need of people going to the physical branches of the banks."

Industry leaders have been lobbying politicians, arguing that the digitization of the banking sector is both inevitable and positive.

But for workers like Ramirez, who fears his prospects of re-employment in banking are limited, the feeling is quite different.