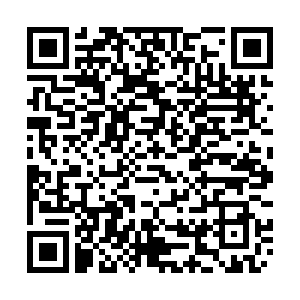 For wine producers, 2021 was marked by trying climatic conditions, the Champagne Growers' Union (SGV) in France said on Thursday.

Speaking during a presentation about this year's harvest, the representatives of the producers of France's world-famous bubbly admitted a yield loss of nearly 30 percent was predicted due to the late spring frosts and another 25 to 30 percent loss is expected because of mildew.

The authorities will compensate producers for this loss. However, the overall signs are positive.

The union said: "The potential … is good and the reserve wines are of excellent quality."

The 2021 forecast projects that by the end of the year, 305 million bottles will be shipped, with a turnover for 2021 approaching $5.8 billion.

Turning to the climate emergency, the union said 50 percent of Champagne vineyards were environmentally certified, with the target to reach 100 percent by 2030.

Reasons to cheer after Russia row

In July, the rolling grape fields of eastern France were rocked by a new law in Russia that forced the word for Champagne in the Russian language to be removed from French bottle labels.

The legislation meant French Champagne had to be called "sparkling wine" and the word Champagne can only be applied to wine produced in Russia.

The Interprofessional Champagne Wines Committee (CIVC) had asked its producers to boycott Russia following the introduction of the law in the summer.

The name Champagne has protected status in more than 120 countries, which reserve its use for sparkling wine from France's Champagne region.

The French government has said it could seek redress over Russia's move through the World Trade Organization.